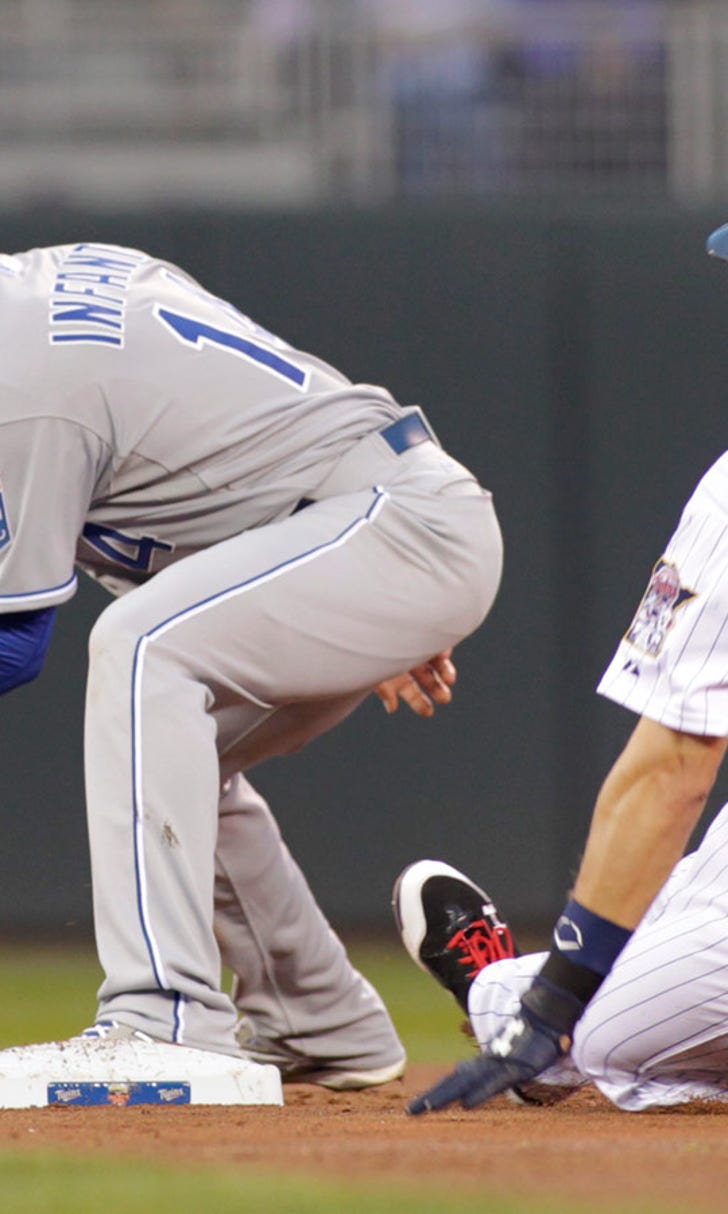 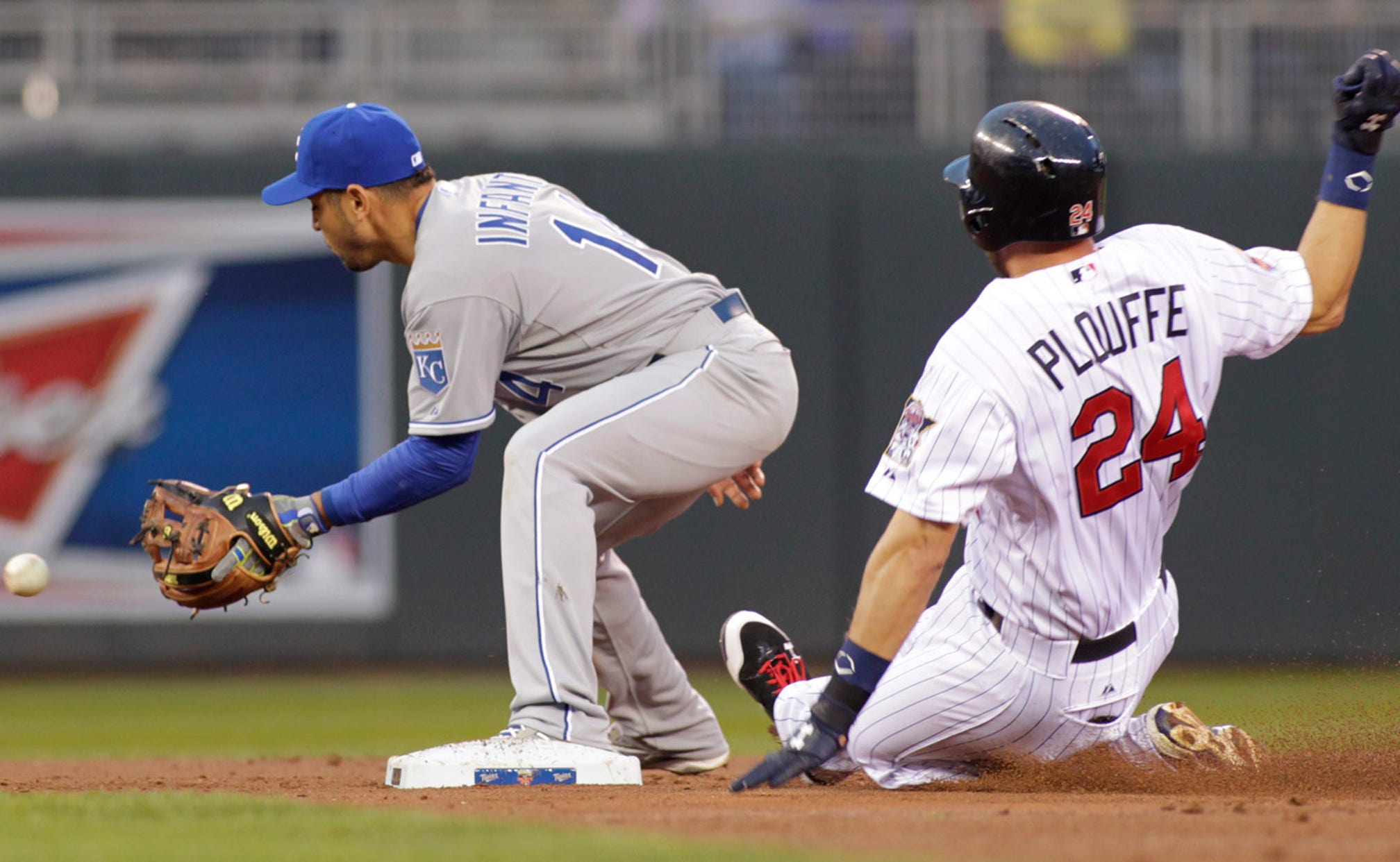 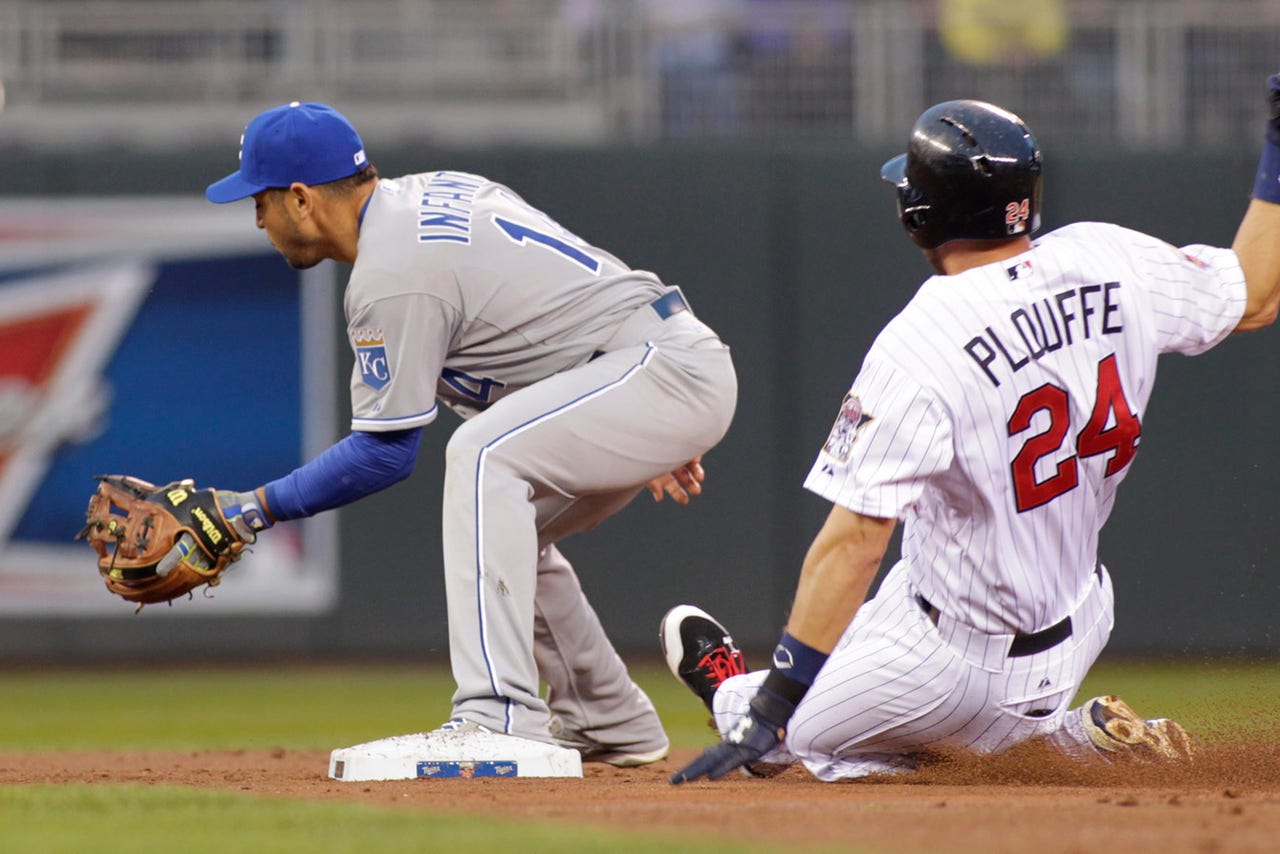 Josmil Pinto homered for the Twins, who reached double digits in runs for the third time this year.

Mike Moustakas had two hits for Kansas City, which had won seven straight at Target Field.

A 4-6 start to the season for Minnesota has been largely due to ineffective starting pitching. The Twins had received just two outings of six or more innings entering the game -- only one quality start -- and the other four starters besides Gibson have a combined 7.50 ERA.

After a shaky first inning when he threw 28 pitches and gave up a run, Gibson (2-0) settled down and retired 14 of the next 18 batters. In 6 1-3 innings, he allowed five hits and one earned run while striking out three, lowering his ERA to 1.59.

It was the second straight strong outing for the right-hander, who won the fifth starter's spot in spring training. He made his season debut last Saturday against Cleveland, giving up one run and three hits over five-plus innings.

However, against a patient Twins lineup that worked many deep counts, the soft-throwing left-hander allowed seven hits and six earned runs in 3 2-3 innings. He struck out three and walked two, but only 48 of his 87 pitches were strikes. It was just the second time in nine games the Royals did not get a quality start.

Minnesota scored five times in the fourth against Chen (0-1) and reliever Louis Coleman.

With the Twins up 2-1, Pinto led off with a home run to the second deck in left field. Minnesota put two more runners on before Joe Mauer got his first RBI of the season with a single to right field, chasing Chen.

With the bases loaded, Coleman threw his second wild pitch in as many batters, allowing a run to score, before Colabello lined a two-run double down the left field line for a 7-1 lead.

The first two Kansas City batters reached in the seventh before Gibson struck out Alcides Escobar, his last batter. Brian Duensing got the final two outs of the inning.

Kurt Suzuki had a two-run double in the bottom half to make it 9-1.

NOTES: Twins manager Ron Gardenhire will miss games Friday and Saturday to attend Saturday's funeral of Michael Hirschbeck in Ohio. ... The Twins expect to put LF Josh Willingham on the 15-day disabled list Saturday. He has been out since he was hit in the left wrist by a pitch Sunday. ... Kansas City 2B Omar Infante returned after missing two games. He sprained his jaw and needed six stitches to close a cut after getting hit in the face by a pitch Monday. ... This was Minnesota's first night game of the year. ... Royals RHP Michael Mariot made his major league debut. He struck out Mauer. ... Starting on Friday, Kansas City plays 13 of 16 games on the road. ... RHP James Shields (0-1, 2.70 ERA) is scheduled to pitch Saturday for the Royals against Minnesota RHP Ricky Nolasco (0-1, 9.00).