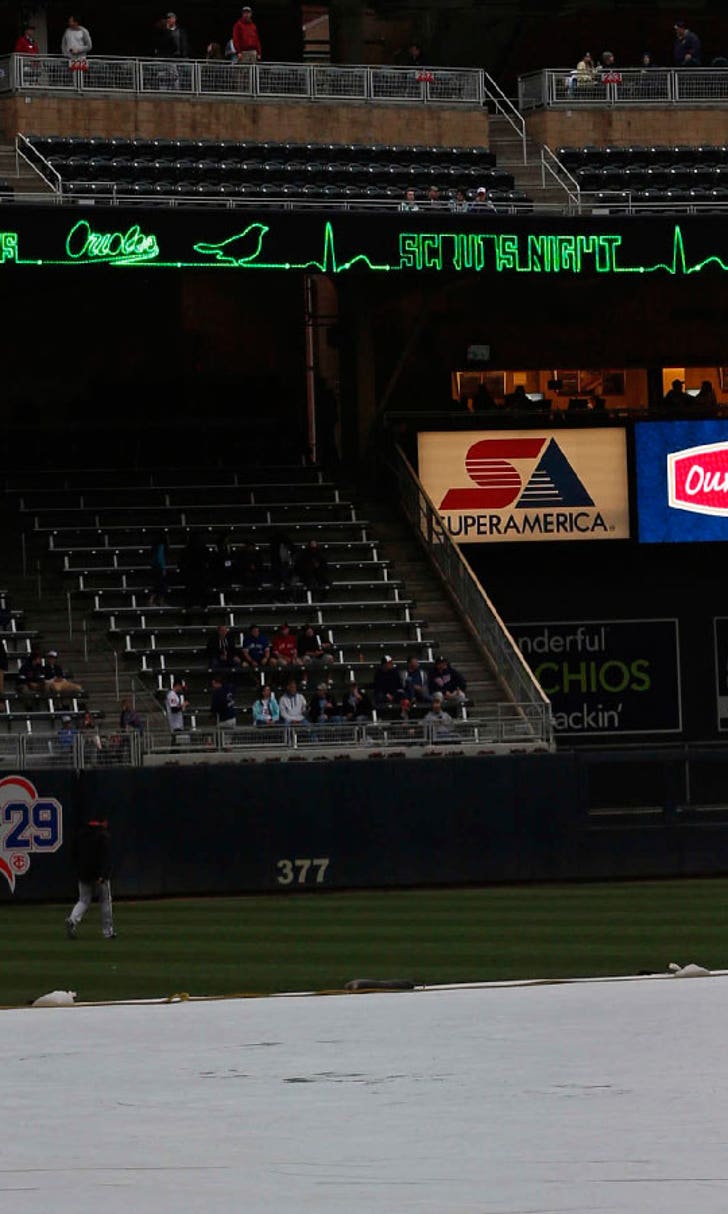 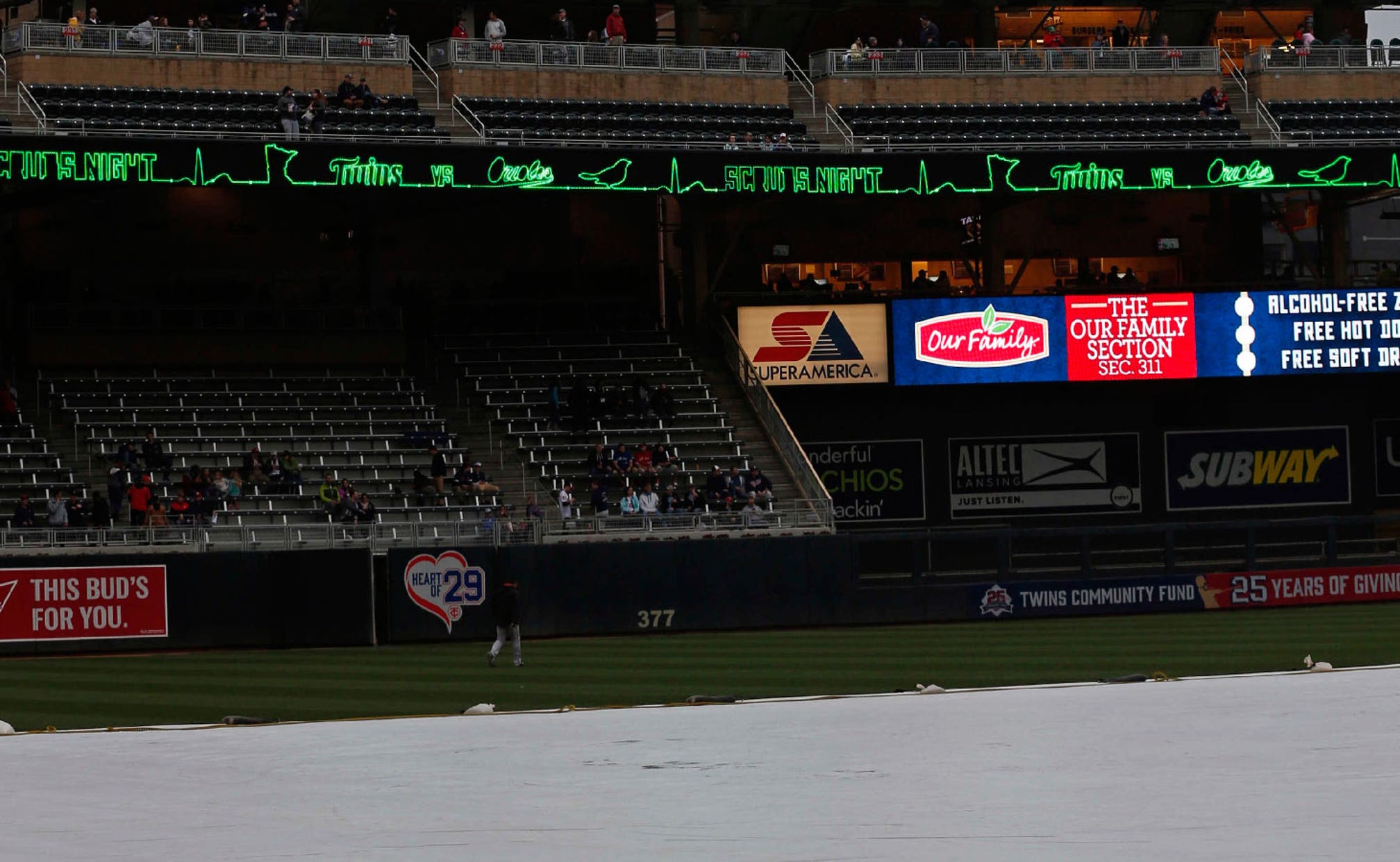 previous story
Family: Fatally shot UAB running back was always smiling
next story
Antonio Cromartie says his kids 'aren't numbers' after he just had his 12th

Twins-Orioles game postponed until July 28 because of inclement weather 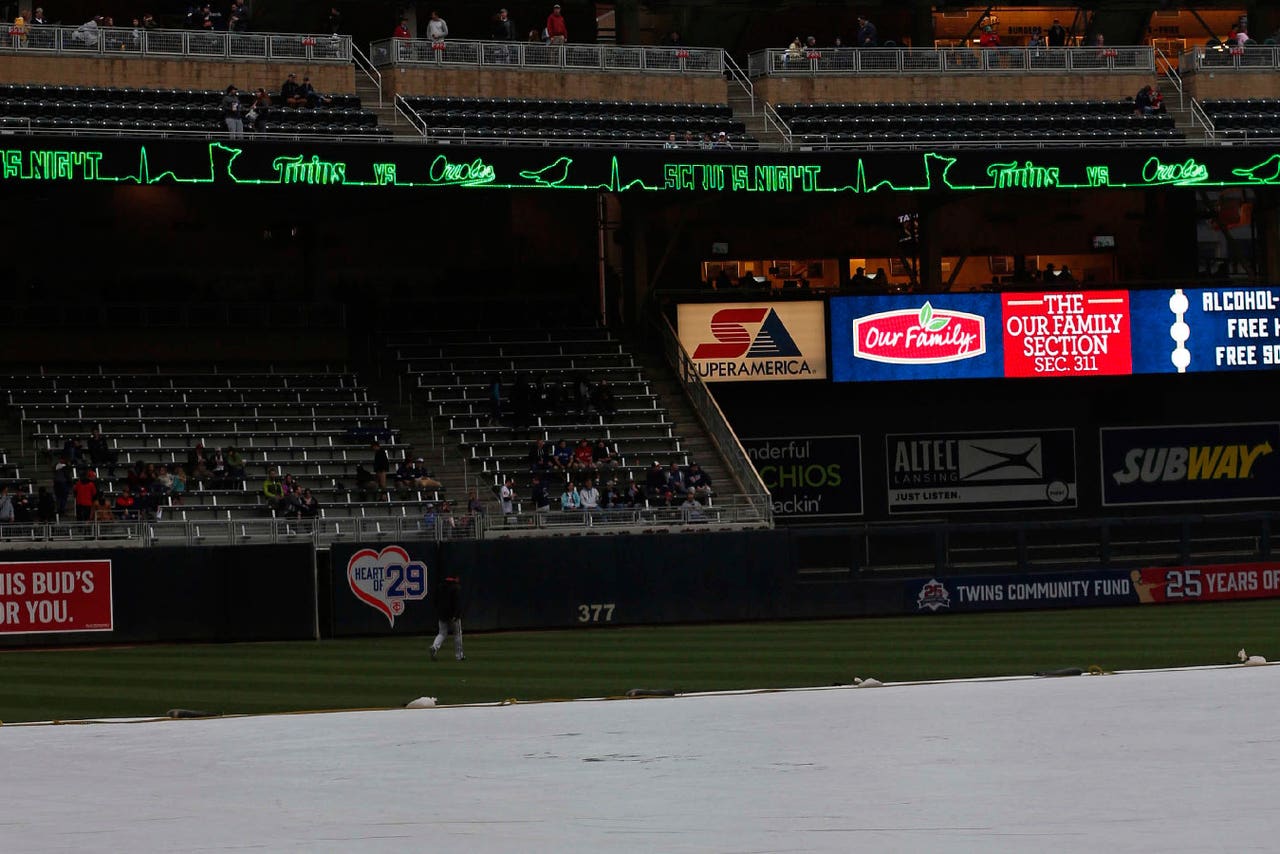 MINNEAPOLIS -- The Minnesota Twins had a new lineup to test, opening a three-game series against the same Baltimore team that swept them last month to start their season down this path of deterioration.

The setbacks just keep on coming.

The Twins postponed their game Monday night against the Orioles because of bad weather, pushing the game to July 28.

"We were ready to play today. We owe a lot of teams some whuppings, and the Orioles are one of them," third baseman Trevor Plouffe said, alluding to the three games they lost in Baltimore in early April that built the foundation for a 0-9 start they've yet to recover from.

First baseman Joe Mauer was in the leadoff spot for the first time in his career, an experience he and the Twins were forced to wait another day for. Manager Paul Molitor said he'd likely keep the order the same for Tuesday night, with shortstop Eduardo Nunez second, second baseman Brian Dozier third and Plouffe batting cleanup. Right fielder Miguel Sano was fifth.

Despite the five-game losing streak the Twins (8-23) took into this series, they weren't actually looking for ways to avoid the field.

"I like to play when we're supposed to play," Molitor said.

Reporters actually broke the lineup news before the game to Mauer, who leads the American League with a .420 on-base percentage, about his new assignment.

"I told Paul a long time ago that whatever gives us the best chance to win and score some runs I'm all for it," said Mauer, who has hit third for the majority of his career and sometimes second.

This was their fourth postponement already this season, including a rained-out game Friday against Oakland that was made up with a Saturday doubleheader. They'll lose another scheduled day off with this development, having arranged to play June 20 at Texas to make up for the weather-halted April 17 game. The Orioles also have an April 9 postponement against Tampa Bay that has not yet been rescheduled.

The Orioles and Twins will play Tuesday night and Wednesday afternoon, but with the forecast calling for more rain a doubleheader would be a tenuous bet. This was only the 13th postponement in the seventh year for the Twins at Target Field.

Rain fell throughout the afternoon, preventing both teams from taking batting practice. With the tarp still on the infield, the national anthem was sung and the ceremonial first pitch was thrown out by Minnesota Lynx center Sylvia Fowles. The skies had been dry for about an hour when the Twins made the announcement to call off the game. Radar showed heavy precipitation approaching, but many of the customers trickling out were predictably confused and disappointed.

President Dave St. Peter tweeted: "Ultimately my call. Predicting Mother Nature not exact science. Do best you can based on info from meteorologists."

Orioles: Manager Buck Showalter kept RHP Kevin Gausman (0-1, 1.42 ERA) on line to start Tuesday and pushed RHP Tyler Wilson (1-1, 3.04 ERA), the scheduled Monday starter, back two days to take his turn Wednesday. Because of the doubleheader Saturday, either Ubaldo Jimenez or Mike Wright would have had only three days of rest to take the series finale and still keep the rotation in order, but the weather kept the Orioles from having to add a temporary starter to the mix.

Orioles: RHP Yovani Gallardo (bicep tendinitis in right shoulder) will start throwing Saturday for the first time. He's been on the DL since April 23.

Twins: Dozier (strained right hamstring) was in the lineup for the first time since Wednesday. Plouffe (soreness in right side) isn't at full strength yet despite coming off the DL last Tuesday.