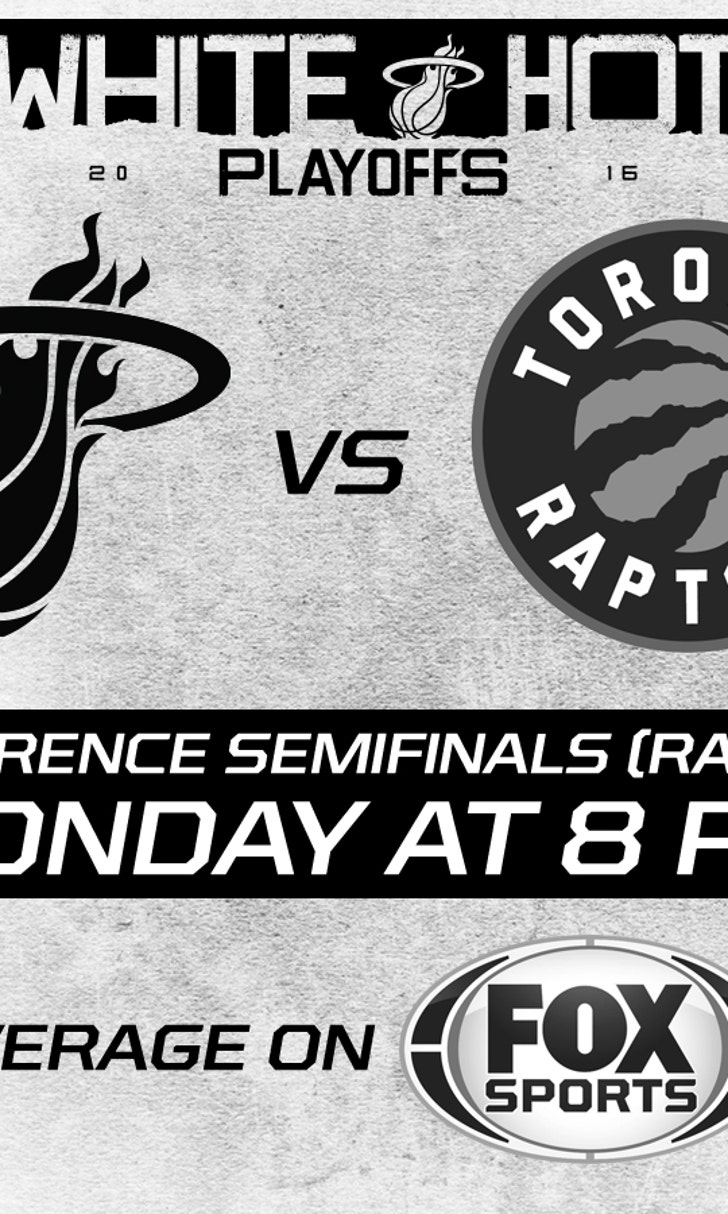 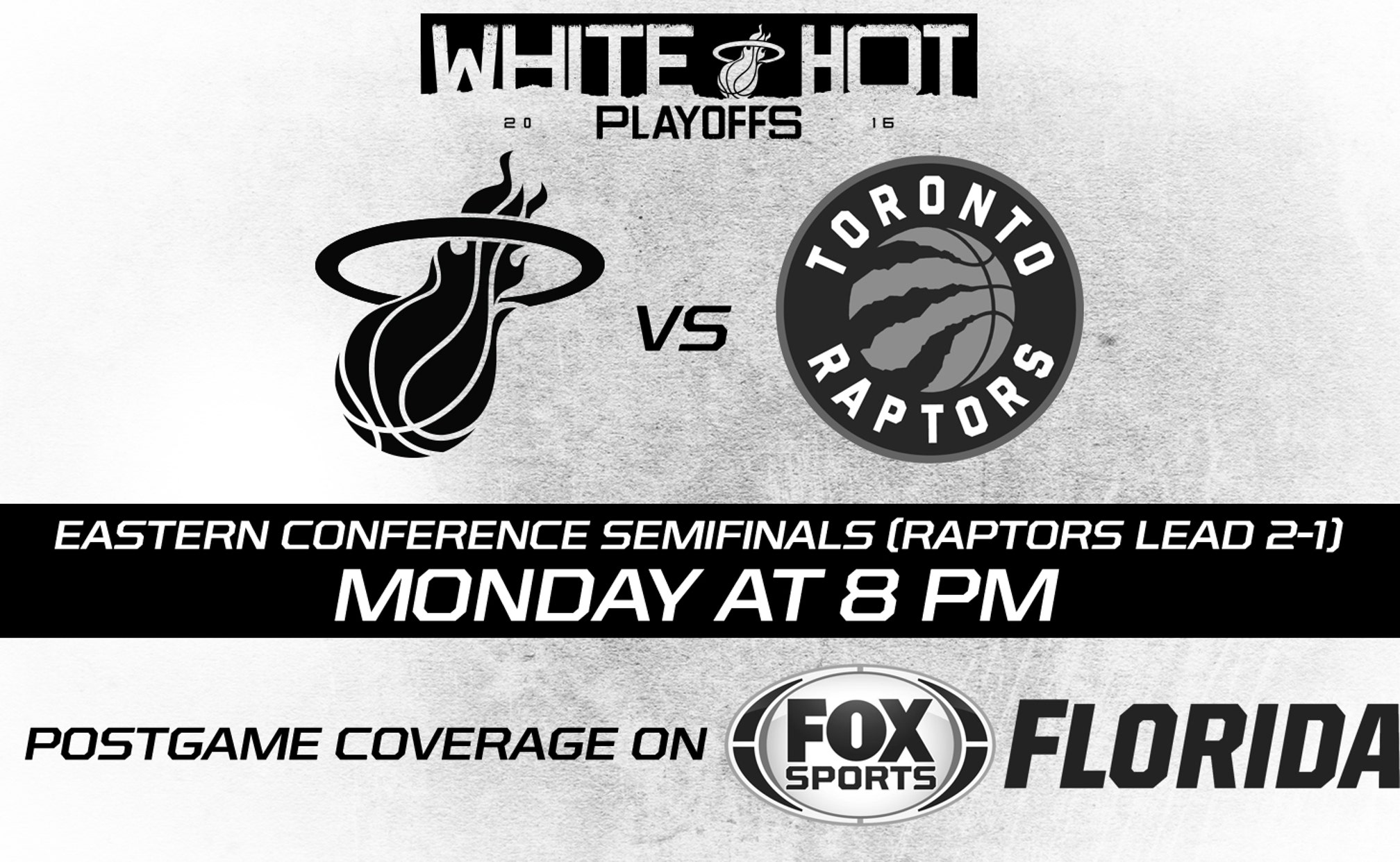 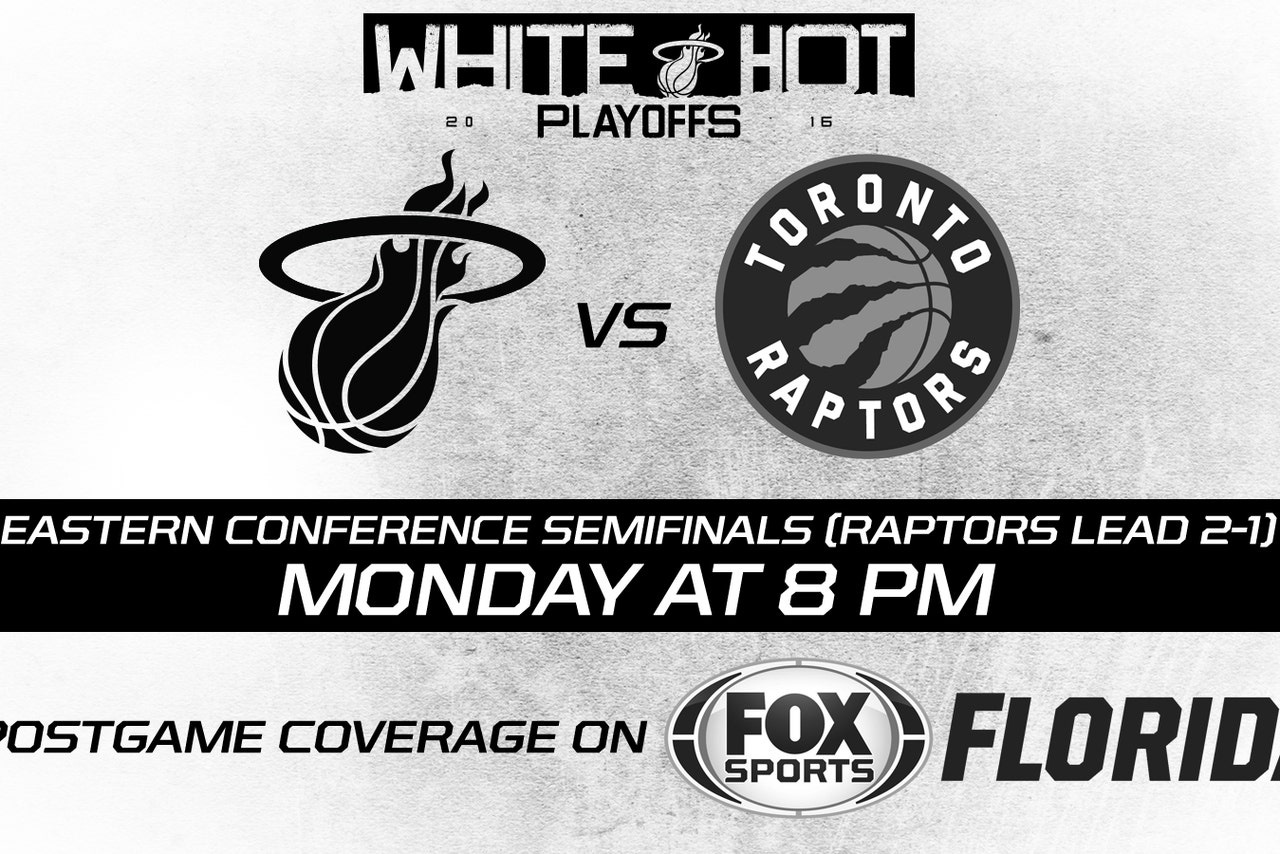 And as the games get bigger, the lineups will be smaller.

Whiteside is day-to-day with a sprained medial collateral ligament in his right knee, and Valanciunas will miss the rest of the series with a sprained right ankle. Both starting centers were injured in Game 3 of the series Saturday, and both got the news about their immediate futures in MRI exams that were performed Sunday.

"Hassan was thrilled with the news," Heat coach Erik Spoelstra said. "Neither one of us slept much last night."

Miami listed Whiteside as questionable for Monday's Game 4 of the series, which Toronto leads 2-1. The results of his MRI came out not long before Toronto said Valanciunas would miss the rest of the series, with no firmer timetable offered should the Raptors advance.

Whiteside's injury is similar to that of Golden State Warriors star Stephen Curry. Typically, the recovery for a mild MCL sprain can be a couple of weeks -- though there are examples where players returned within a day or two and others where it has dragged on for several weeks.

Whiteside was hurt with 10:54 left in the second quarter Saturday, trying to position himself for a rebound.

Toronto's Kyle Lowry was called for a loose-ball foul on the play, after he got caught pulling Whiteside's arm. As Whiteside awkwardly fell backward, it appeared his right knee was inadvertently hit from the side by the Raptors' Cory Joseph and from the back by Heat teammate Luol Deng.

If Whiteside can't play, the Heat will have 14 feet of key players sidelined. All-Star forward Chris Bosh hasn't played since he was diagnosed with another blood clot in February, and he and the Heat announced last week that his season is over.

If he can't play, that could mean more minutes for Heat veteran Udonis Haslem.

Valanciunas was injured in the third quarter of Toronto's win. He's averaged 15 points and 12.1 rebounds in these playoffs and had a double-double in all three games against the Heat.

Toronto outscored Miami by 41 points when Valanciunas was on the floor in the first three games. The Heat have outscored the Raptors by 39 when he hasn't been on the court.

"He's been playing so well," Lowry said. "His confidence was sky-high. But for us as a team, it's next man up."