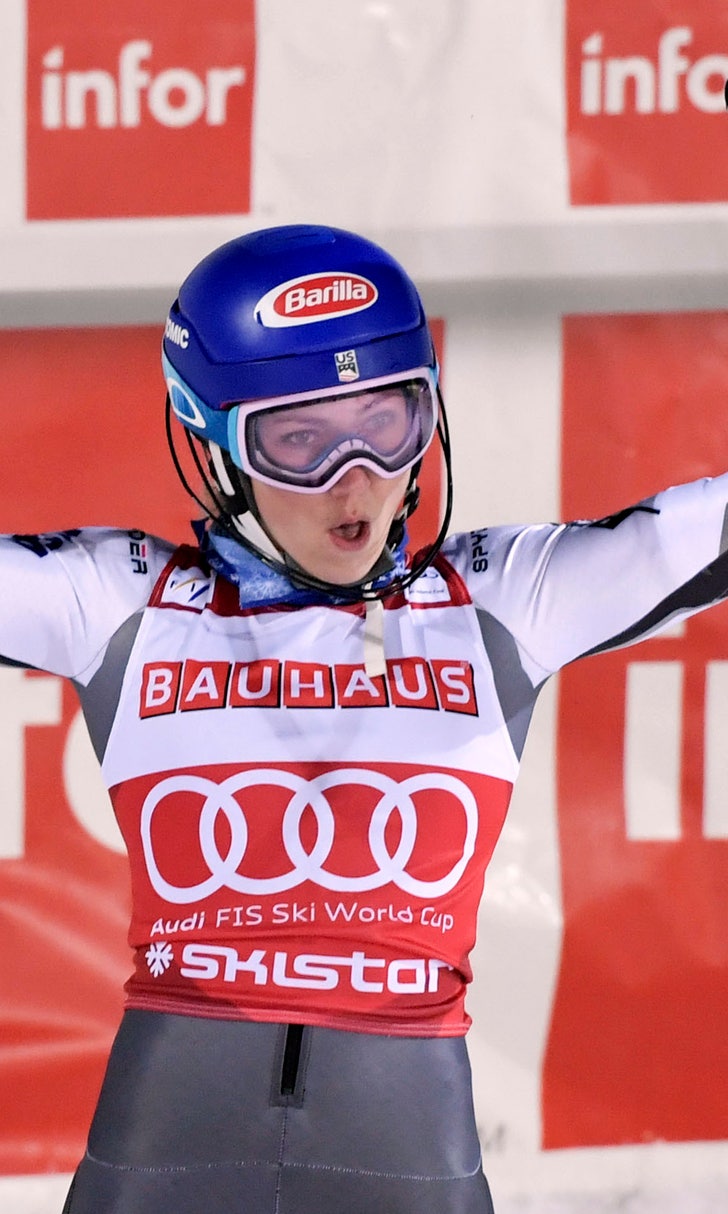 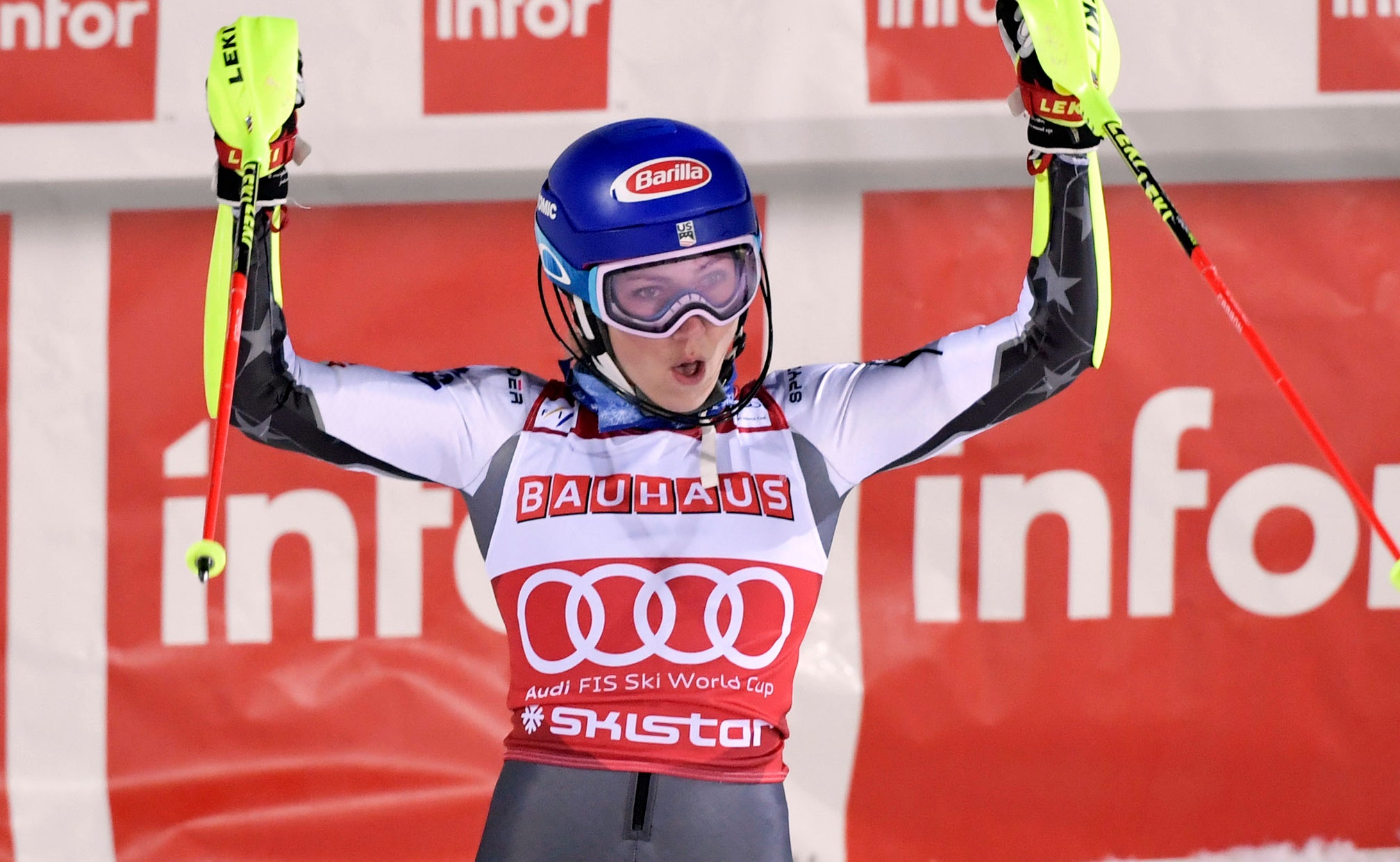 The only sure way to beat Mikaela Shiffrin these days is to have her not show up.

And that's about to be the case.

A worn out and under-the-weather Shiffrin will temporarily apply the brakes on her splendid season in order to take a much-needed breather. The way she's racing, that's almost got to be a sigh of relief for the rest of the field.

The skier from Avon, Colorado , plans on skipping World Cup races in Switzerland and Russia — site of the 2014 Sochi Games, where she won Olympic gold in the slalom — before returning to the circuit for the final push. Following a nearly two-week hiatus, she will be back in the start gate for the technical races in the Czech Republic and then the World Cup Finals in Andorra.

Her absence is a chance for other names to appear on top of a podium she's dominated of late.

So far this season, Shiffrin's recorded 20 top-three finishes, including 14 World Cup wins along with two world championships gold medals and a bronze. She's already wrapped up the World Cup slalom title and currently sits 719 points ahead of Petra Vlhova of Slovakia in a bid to win her third straight overall World Cup crown.

Shiffrin could keep right on charging. But what she really needs is time to recharge.

"Just get 100 percent recovered and healthy again, get some training in," said Shiffrin, who turns 24 on March 13.

Shiffrin's been running on fumes for days. She earned her fourth straight slalom title at the world championships in Sweden last Saturday despite a cold so severe it had her team fearing she might have a touch of pneumonia. She wasn't sure how well she could compete, but stormed to the title with a furious final run that left her breathless and speechless.

"Most emotional I've ever been at a ski race. I kept crying," said Shiffrin , who's typically so reserved after wins. "Some of that might have been illness and being exhausted."

A few days later, Shiffrin captured a city event in Stockholm. It was her 57th career win on the circuit and 14th of the season, matching the record for most World Cup victories in a single campaign, set by Swiss great Vreni Schneider in the 1990s.

Then, Shiffrin fell into a deep slumber that lasted 13 hours. She was that exhausted.

And rest assured, she's got the formula for winning down to a science. Her hidden secret? Don't set high expectations.

Better yet, none at all.

She does her best work when she doesn't imagine a good run, because rarely does it live up to the picture in her mind. So she concentrates on going from gate to gate in order to capture win after win.

"When I'm in the starting gate thinking, 'I want to win this,' I bring the intensity too high and then I make a mistake," explained Shiffrin, who also won gold in the super-G at the recent world championships and bronze in the giant slalom. "I get to the finish and I'm really disappointed because I totally let the result get in the way of the actual process. My biggest goal is every time I stand in the starting gate, no matter what records I might be looking at, focus on the skiing, focus on the turns, because that's the thing that leaves me the most satisfied."

Lately, she's been dealing with a sore back. She described it as a "GS back," due to all the rotational force and the movement required in the giant slalom.

"With each year, my body is starting to complain to me," said Shiffrin, who earned Olympic gold (giant slalom) and silver (combined) at the Pyeongchang Games last February. "My back has been kind of nagging all season long. It's something we've had to manage."

There will be plenty on the line when she returns from her brief break. She holds a slight lead over Tessa Worley of France in the overall GS race. Shiffrin also has a 32-point advantage over Tina Weirather of Liechtenstein in the season-long super-G standings (one of the races in Russia is a super-G). Her priority the rest of the way will definitely be on the GS, a World Cup crown she's yet captured. Should she capture the super-G title, well, that's an added bonus since she only recently started training for the speed discipline.

"I'm having more fun this season than I ever have, which is awesome," Shiffrin said.

This will keep her motivated down the stretch: "I'm looking forward," Shiffrin said, "to getting to a beach — somewhere."