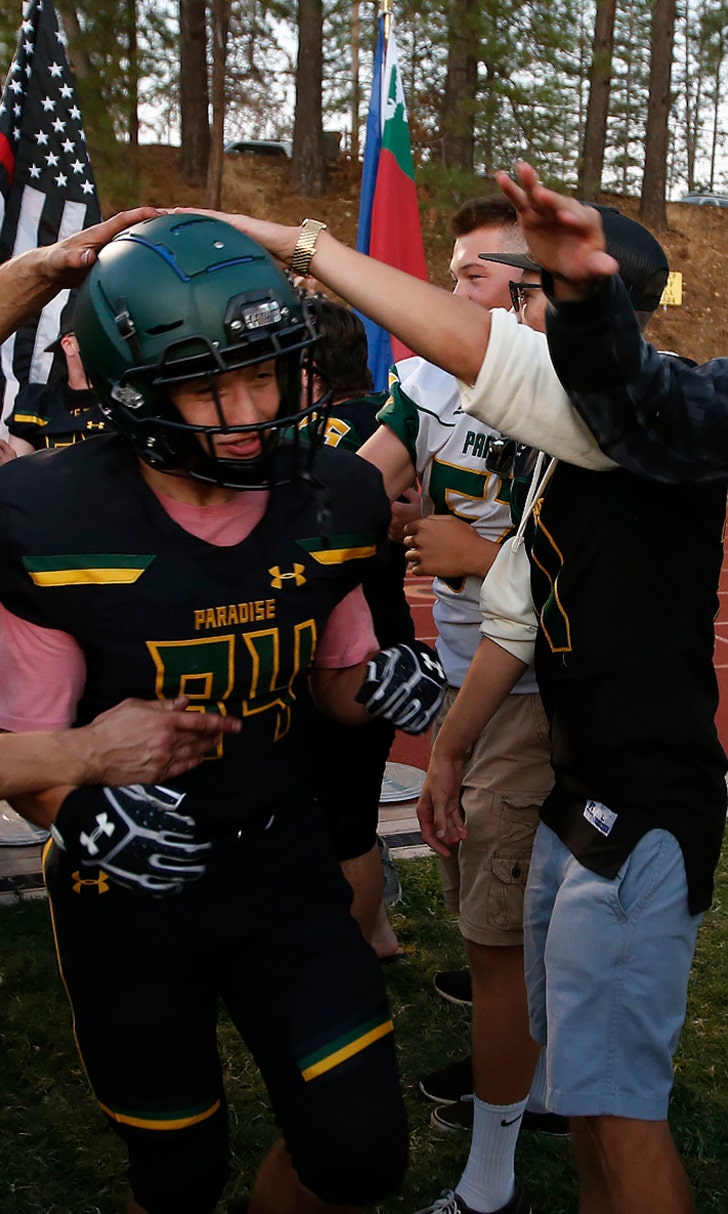 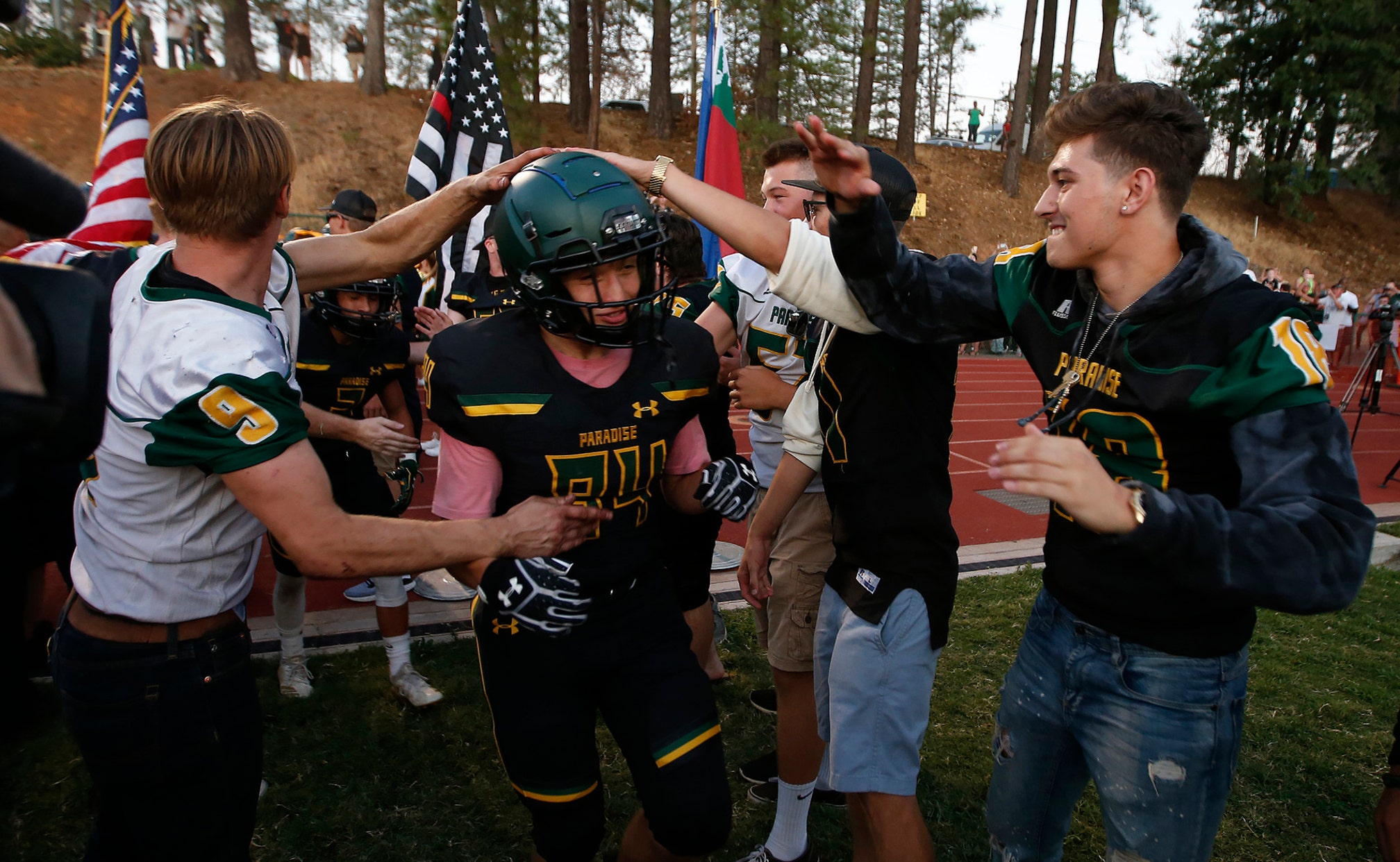 PARADISE, Calif. (AP) — The Latest on the first high school football game since a devastating wildfire in a Northern California town (all times local):

Paradise defeated Williams High School 42-0 at Om Wraith Field on Friday in front of thousands of people that packed the stadium.

For many, it was one of the few times they have returned to the Northern California town since a wildfire destroyed nearly 19,000 buildings and killed 86 people.

The football team had 56 members last year. This year, it has 35 because so many of the students have had to move away. Most of those who remain have to commute from nearby towns.

Sixty-seven-year-old Linda Davis had been living with her mom in Paradise when their home was destroyed in the fire. She says it was good to see everybody happy again for a change.