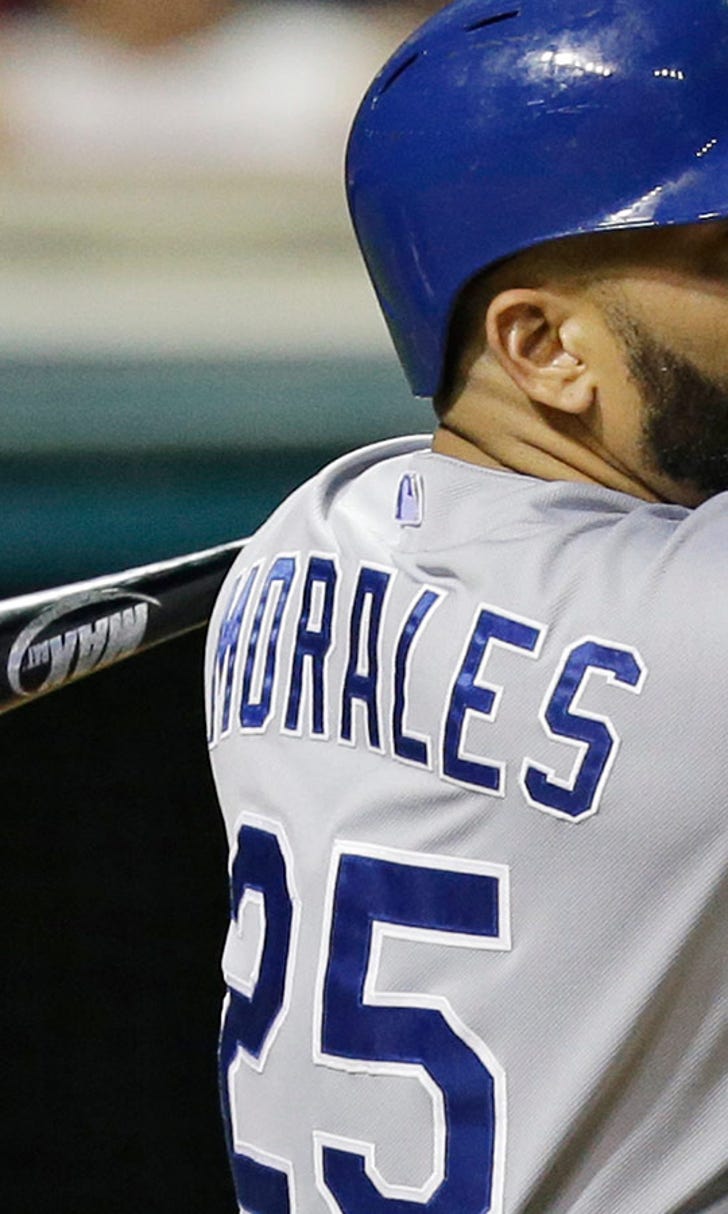 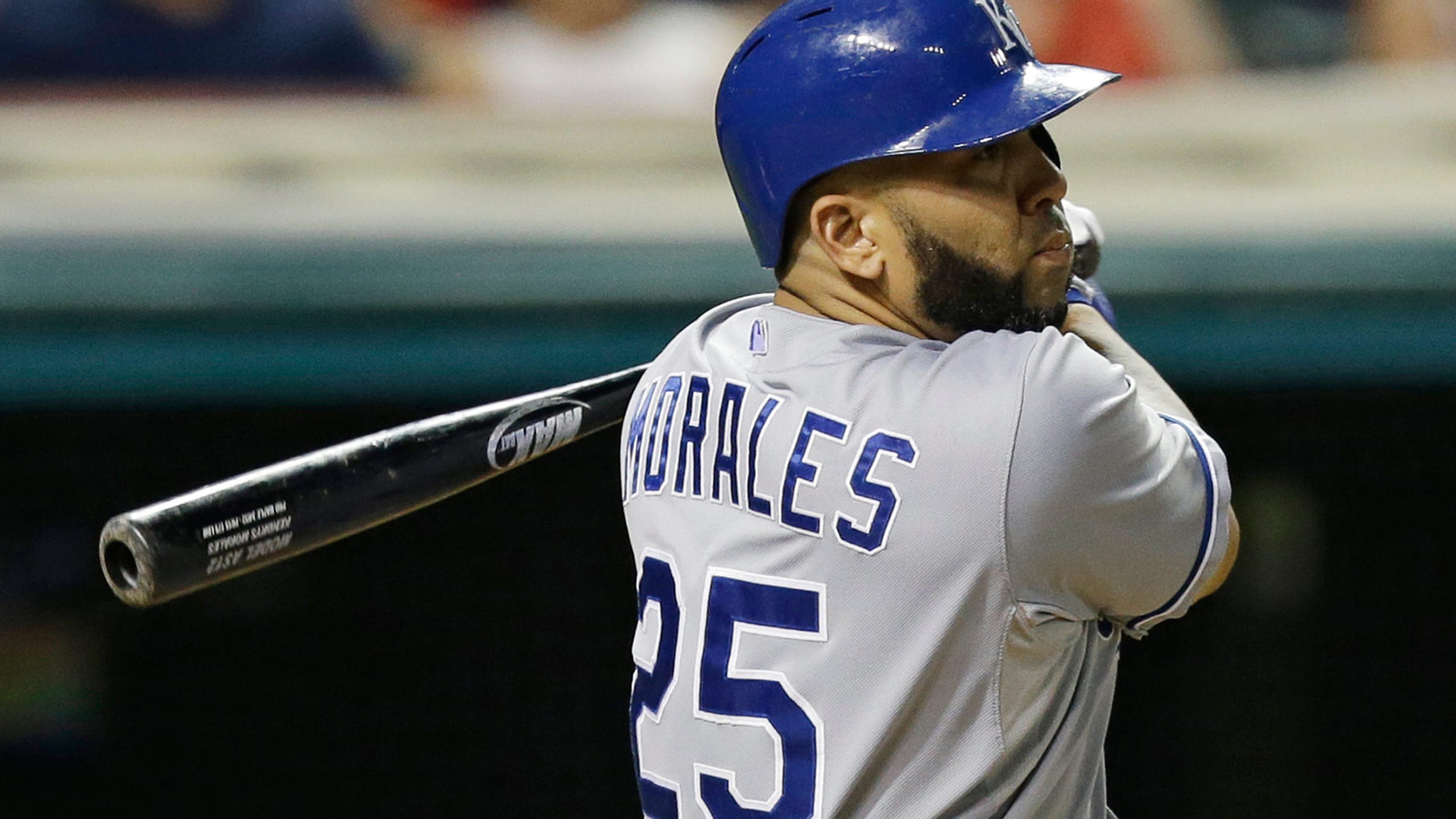 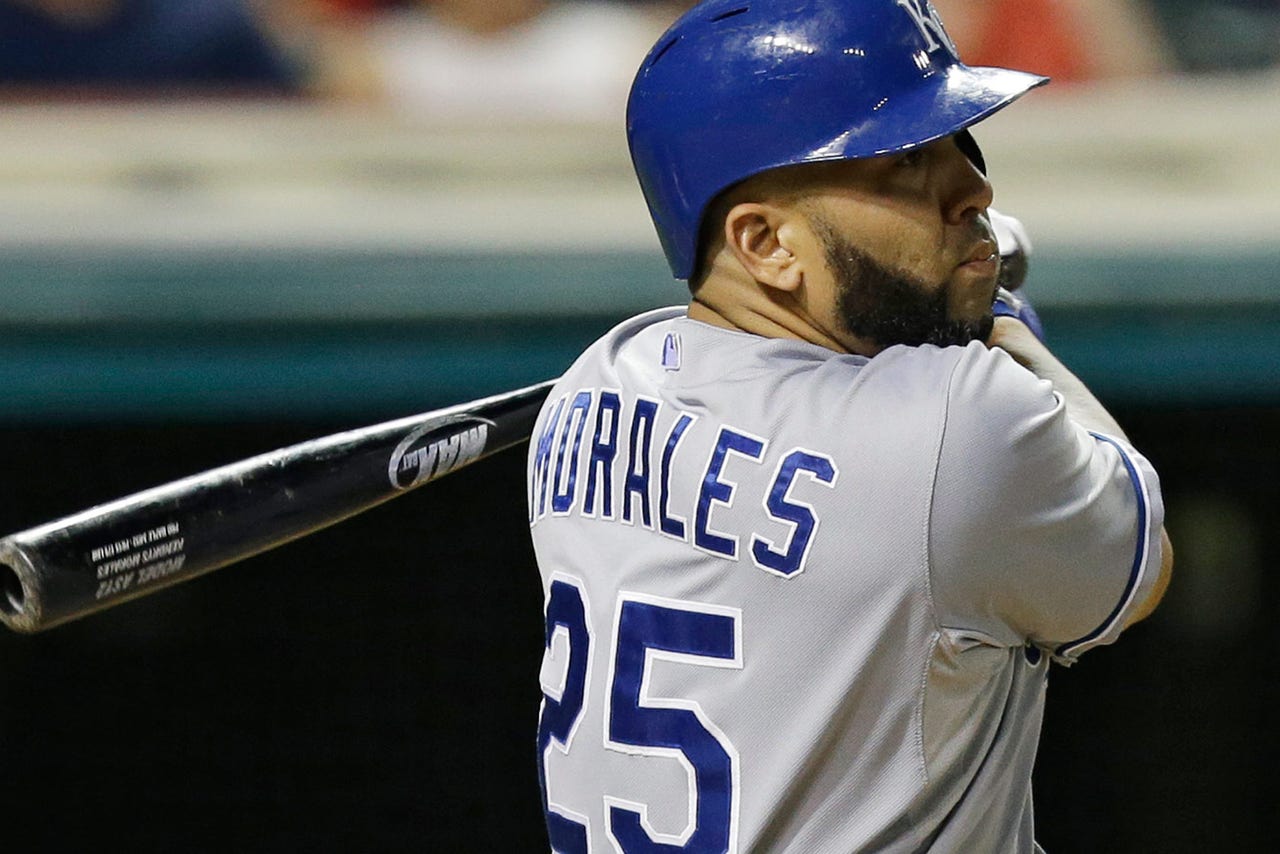 NEW YORK -- Kendrys Morales has been everything the Kansas City Royals hoped for when they signed him to a $17 million contract last December.

A switch-hitter with power from both sides of the plate, he topped the team with 106 RBIs this season and tied for the most homers with 22. But when the Royals played their most important games of the year this weekend -- and possibly his career -- Morales was banished to the bench.

He'd done nothing wrong, of course. There was simply no spot for him.

Once the World Series shifted to Citi Field, National League rules were applied for the three games hosted by the New York Mets. That meant no designated hitter, and no Morales in Kansas City's lineup. The pitcher hit instead.

"It's a very big run-producing bat that we don't have," manager Ned Yost said.

As the autumn leaves turn and postseason baseball pushes toward November, the DH debate has become an annual part of World Series play.

Virtually all year long, the American League champion relies on its designated hitter -- often a major threat in the middle of the order. And then, for two to four games in the Fall Classic, that spot is unavailable.

"I think it's advantage National League," said longtime manager Jim Leyland, who took teams from both circuits to the World Series.

Best-of-seven for that treasured trophy, with two sets of playing rules.

For some, it's a maddening discrepancy that makes no sense. For others, a fun element that keeps the game more interesting.

"When you get to this time of the year, you've got to be able to adjust. I mean, I don't know of too many National League teams that have a great option at DH when they go to the American League," said Hall of Fame pitcher John Smoltz, who is broadcasting this year's Series. "It's kind of the intrigue and the uniqueness of what makes this a discussion point and strategy that a manager has to deal with."

Several big-name boppers have been affected in recent years, from David Ortiz and Vladimir Guerrero to Hideki Matsui and now Morales.

Boston played Ortiz at first base in National League ballparks, a decision that helped the Red Sox win three championships from 2004-13. But two years ago, that knocked dangerous Mike Napoli out of the World Series lineup in St. Louis.

Morales, who sustained a serious leg injury in 2010 that sidelined him until 2012, started nine games at first base this season and 26 last year for Minnesota and Seattle. But the Royals weren't about to bench Gold Glove winner Eric Hosmer, who normally bats cleanup in front of Morales, against the Mets.

"It doesn't frustrate me at all. I'm used to this," Morales said. "The team used me this way during the regular season. My duty is to follow the game closely and be ready when they need my bat later."

Relegated to a pinch-hitting role in New York, the 32-year-old slugger from Cuba made the final out of a 9-3 loss in Game 3 and then singled during the fifth inning of a 5-3 victory in Game 4.

He was expected to ride the pine again, at least at the start, as the Royals looked to clinch the crown Sunday night in Game 5.

"It's a very big run-producing bat that we have on the bench in a high-leverage situation," Yost said. "We play by the rules and try not to get too frustrated because I don't like the rules. They are what they are. We go play the game under the rules that were provided for us, and just look for spots for him to help us win a ballgame off the bench."

The question is, are the rules reasonable -- even for interleague play during the regular season?

"I think eventually we're going to get to a point where we'll have a universal scenario as long as interleague still continues," he said. "It's not fair to construct your team and then have a good portion of that year affect the way you put together your team because of constant interleague."

Mets manager Terry Collins also thinks the playing field should be level for both leagues. He pointed out late in the season that fans pay to watch Matt Harvey stay in the game and pitch, not swing a bat. But sometimes, he gets pulled early for a pinch hitter.

Collins has a young rotation full of guys who can handle the lumber. Plenty of clubs, however, have real concerns about their pitchers getting hurt at the plate or on the bases, especially in light of injuries to Adam Wainwright and Masahiro Tanaka this year.

"I just think, hey look, as long as the decision's made that everybody plays the game the same, I think it would help," Collins said. "Whatever the rule is, I just hope that both leagues have it."

Yost, who used to manage in Milwaukee, likes the fact that NL pitchers bat. But he'd like to see AL rules with the DH apply in all games between the two leagues -- even the World Series.

"The World Series is an interleague game, isn't it?" he said.

One person in no rush to make a change on the matter is Commissioner Rob Manfred, in his first season on the job.

And that may be the only opinion that truly counts.

"I think the debate over DH, no DH, is one of those debates that's good for the game," Manfred said about a month ago. "There's people in bar rooms all around America who debate that issue endlessly, and from my perspective, when they're talking about baseball, it's a good thing."