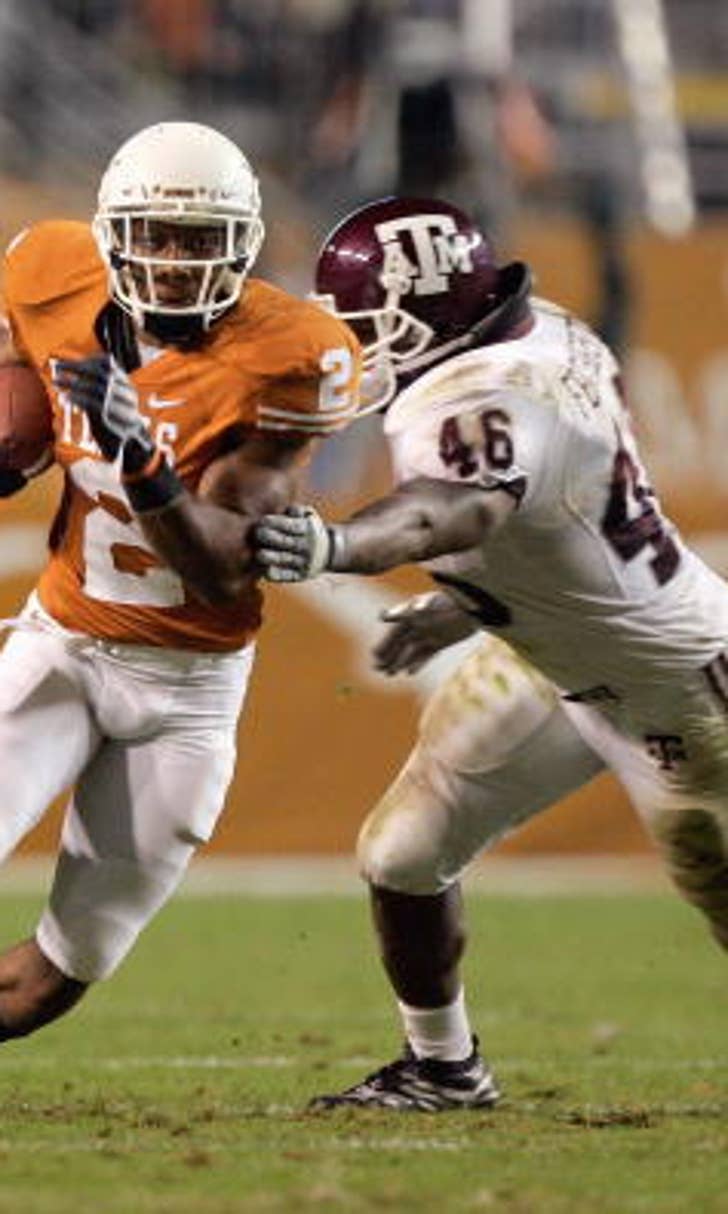 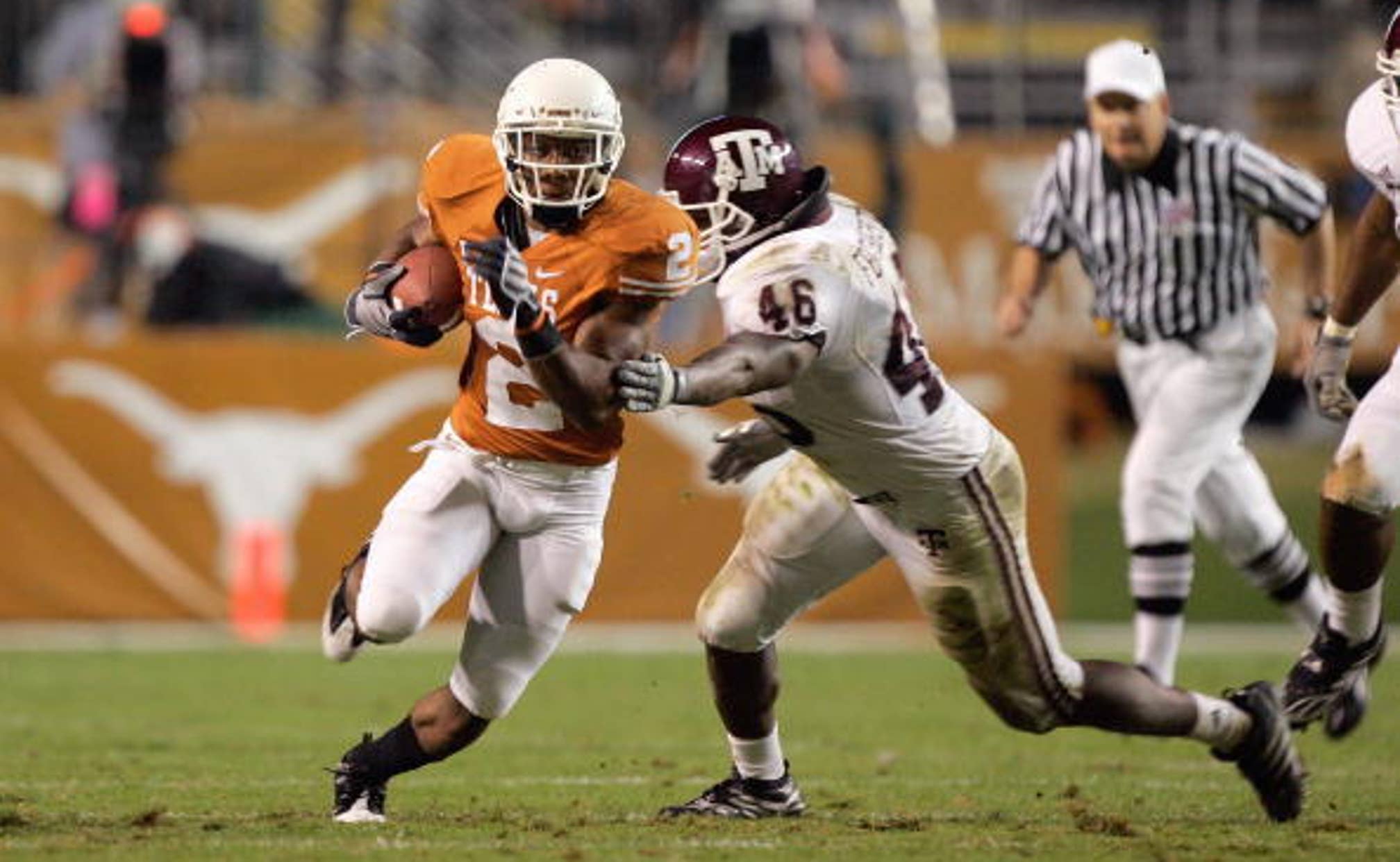 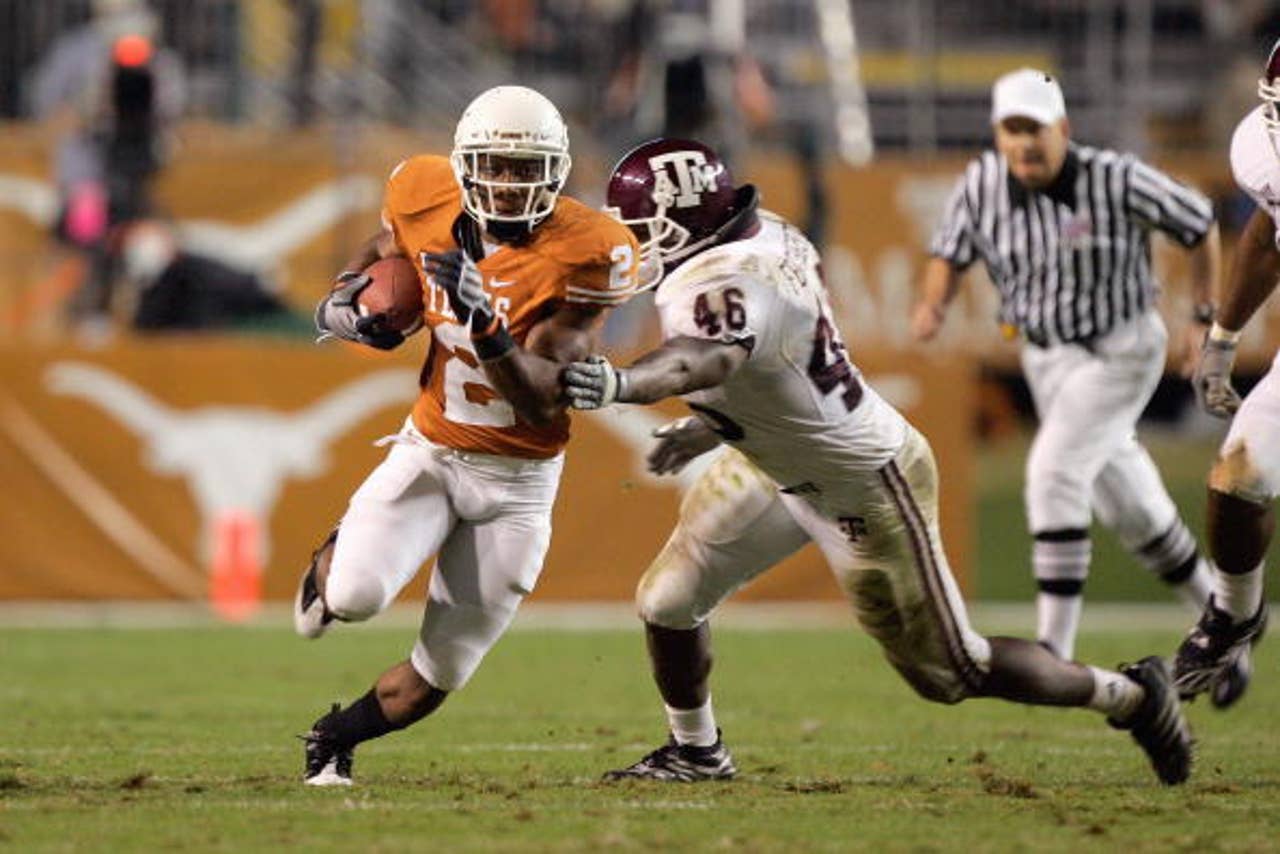 It's the college football off-season, and we all know what that means: It's that magical time of year where every bit of news is huge, and will eventually be dissected, discussed and overanalyzed to the point of exhaustion.

In our defense, there are no games to talk about until September, so what the heck else are we going to do to fill the void for five months?  The answer is "nothing really," except to have hot-button debates that ultimately lead to nowhere, and mean nothing in the big picture. You know, fun conversations like, "Should Urban Meyer be the highest paid coach in the sport?" and "What does Nebraska's spring attendance mean in the big picture?"

(In case you're wondering the answers to those two questions are: "Who cares" and "For real.... WHO CARES!!")

What's exciting though, is that every once in a while we will get a piece of news that's actually worth a tiny bit of discussion, and thankfully, that's exactly what we got on Tuesday morning. It happened when ESPN released a report saying that both Texas and Texas A&M are interested in renewing their rivalry. It might not happen for a while, but according to the report, both Kevin Sumlin and Charlie Strong are on board with the idea.

The news is awesome, and obviously exciting for college football fans.

After all, what would be cooler than seeing the swag of Sumlin go up against the quiet confidence of Strong? What's better than that offense, versus that defense, with the pride of an entire state on the line, and years of built-up tension to heighten the intensity?

But as exciting as the potential of this game might be, I couldn't help but think one thing when I heard the news: No offense Texas fans, but why exactly would A&M want to schedule you? In a world where the "war" between Texas and Texas A&M will never end, hasn't A&M kind of won the battle right now?  Right now, the Aggies are winning bigger, recruiting better and doing it with more style and swag than Texas could ever imagine. Texas A&M is the "it" program in Texas right now, the school on the tip of every kid's tongue. What exactly do they have to gain by playing Texas? Don't the Longhorns need this game much more than the Aggies do?

The answer is yes, and if you don't believe me, let's start at the place where it matters most: In recruiting. There isn't a better way to figure out which programs matter, what teams are cool, and who the coaches are that kids want to play for, then by asking the kids themselves.

And right now, "the kids" would much prefer to play in College Station for Kevin Sumlin, then in Austin for Charlie Strong.

Now of course Texas can defend that fact in a number of different ways. They can mention that in 2013 they gave out just 15 scholarships, which skewed their overall ranking (that is true, although it's worth mentioning that they gave out fewer scholarships in large part because of a slew of decommitments before Signing Day). Texas fans could also argue that in 2014, they were going through a coaching change from Mack Brown to Charlie Strong, which again, is defensible.

Of course the problem is 2015, and the simple truth is this: Even though Texas handed out more scholarships overall this past February (29 for Texas, compared to 25 for A&M), the Aggies still had a better recruiting class overall. And even that number is skewed a little bit, by the fact that four of the Longhorns top commitments came from Florida (Strong's old stomping grounds), which means that in Texas, where recruiting matters the most for these two programs, the Aggies were the big winner, and able to convince more top players to come to their school. Overall, Texas A&M got commitments from seven of the top 20 players in Texas this past season. That's compared to just three for Texas. The Aggies also have the top player in the 2016 cycle committed to A&M as well.

What might be even more important isn't just looking at how many top players are committed to the Aggies, but who they are. Do that, and it gives a bigger picture perspective on where these two programs are right now, and where they're going.

For starters, let's begin on the defensive side of the ball, because well, you don't need me to tell you that the Aggies haven't been very good on defense these last few years. Ok, they've been downright awful, and no A&M fan would try to defend them. They ranked 84th nationally in points allowed, giving up at least 34 to Ole Miss, Mississippi State, Auburn, Alabama and Missouri last season.

Again that's bad, but in defense of the Aggies they at least tried to address that problem by signing John Chavis as defensive coordinator this off-season. More importantly, they also got help on Signing Day, when they got a commitment from the top defensive tackle prospect in Texas, a kid by the name of Daylon Mack.

Now look, I'm not going to sit here and say that I know much about Mack; whether he's any good, whether he'll be able to contribute right away or what his impact will be. I also know that one commitment doesn't make a recruiting class, and certainly doesn't turn around an entire program.

However, he is important for one very important reason: He plays defense. And Texas wanted him.

The reason, is simple: In the never-ending war between A&M and Texas, the advantage was supposed to go to Texas for guys like Daylon Mack.

After all, we all know that Kevin Sumlin's area of expertise is offense, and that if you're a top wide receiver, quarterback or offensive tackles, A&M is the place for you.

Only there was Daylon Mack on Signing Day, slipping a Texas A&M hat on his oversized,18-year-old head.

Let's also not forget about the other big name in Texas A&M's recruiting class, who also represents something completely different for the future of Texas A&M football. His name is Kyler Murray, and if you don't know much about him... well, you need to get to know him really quick. He was the quarterback in this year's high school class, a kid that went 42-0 as a starter in high school, and the guy that everyone --- especially Texas and Texas A&M --- wanted.

After nearly committing to Texas, he did in fact sign with A&M, which is no small deal. Remember, A&M just signed the top high school quarterback in the country last year, when Kyle Allen not only committed to the Aggies, but ended up winning the starting quarterback job around midseason. That matters for Murray, because it means that he not only committed to A&M, but did so at a time when there is no clear path to playing time. It also comes at the same time that Texas once again (for roughly the 37th straight year) needs help at quarterback.

Of course in defense of the Aggies, can you blame kids for signing there?

No, things weren't perfect in College Station last year, but they still went 8-5 (with wins over Auburn and Arkansas), while juggling quarterbacks and closed out the season with a solid victory over West Virginia in bowl season.

By the way, speaking of A&M's win over Arkansas, that'd be the same Arkansas team that embarrassed Texas during bowl season, holding the Longhorns to a grand total of 59 total yards, including two --- yes two --- total rushing yards. By the way, the same Texas program that is supposed to be "built on defense" under Charlie Strong also gave up 59 points over its last two games.

And since we mentioned Arkansas already, that might be the most important part of this conversation overall.

I'll be the first to admit that I questioned the idea of A&M moving to the SEC four years ago (once again proving that yes, I'm an idiot), but it's also impossible to argue that the move has done nothing but help the program. The Aggies might not yet be National Championship contenders, but they play marquee games every weekend. Even without Texas on the schedule, they're playing Alabama, LSU, Arkansas, Auburn, you name it. Meanwhile Texas is playing in a conference that can't even figure out who its own champion is.

Finally, just to make sure I wasn't missing anything in this argument, I went ahead and texted a buddy of mine, a friend who used to play at A&M.

I asked him about the rivalry, and asked him how important it would be for A&M to renew its rivalry with Texas.

Although he may be a tiny bit biased, his response summed it up succinctly when he said:

That response tells you just about everything you need to know about where the two programs are right now.

Not the other way around.