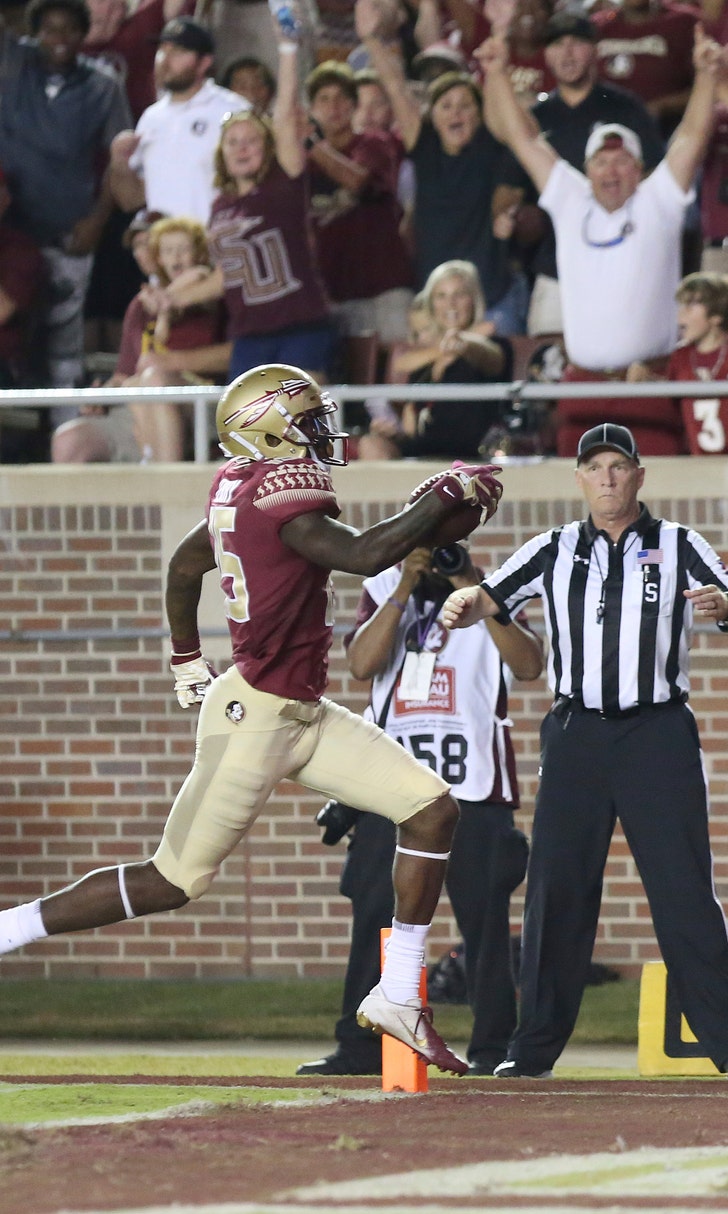 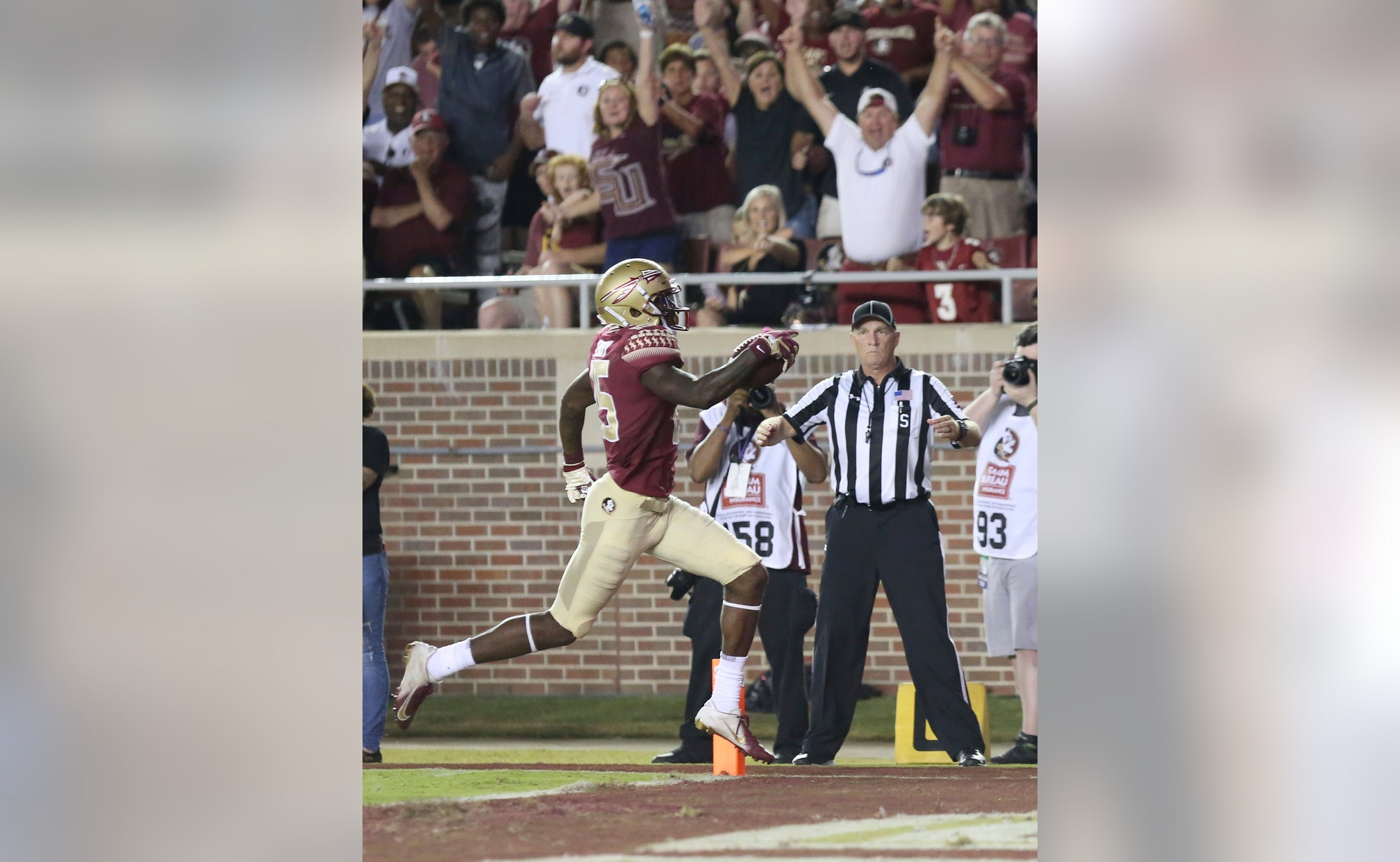 TALLAHASSEE, Fla. (AP) — Florida State coaches have been closely watching to see which young receiver would emerge in preseason camp or early during the season.

Tamorrion Terry has stepped forward, giving the Seminoles exactly what they needed. The redshirt freshman has four catches for 82 yards, including a pair of touchdowns in a 36-26 win over Samford last Saturday.

"He's a talented football player for us, a kid that can go up and attack the ball on one-on-one," Florida State coach Willie Taggart said. "And a kid that can stretch the field for you as well.

"He had a great week of practice. And I think that's why he had the game that he had, just his mentality where he went about practicing and it paid off for him in the game. And hopefully a lot of our other guys learn from his example, come and locked into practice and you get the same results on the football field."

While the Seminoles (1-1) have struggled, generating just a field goal in the season-opening loss to Virginia Tech and needing a fourth-quarter rally to hold off Samford, the emergence of Terry is encouraging for a young receiving group that is still finding its way in Taggart's Gulf Coast Offense. Florida State needs more performances like that from Terry and the rest of the receivers as the Seminoles look to jump-start the offense, beginning on Saturday at Syracuse (2-0).

Taggart said his first impression of Terry came in December practices leading up to the Seminoles' bowl game against Southern Miss. The new coach, just days on the job, wanted to know who was the receiver making all of the plays. He was quickly told that No. 15 was Terry, and Taggart knew he had a receiver for the future.

But Terry took a redshirt in 2017 and didn't play. So while Terry had shown that he had talent on the practice field, he had never done it on a game day.

On a 27-yard, first-quarter touchdown grab vs. Samford, Terry reached out with his left hand, pulled it in and raced upfield for the score — the first Florida State touchdown of the season. He also added a 17-yard touchdown reception in the second quarter.

For Terry, they were good moments. But he understands he has more work to do.

"I felt good about that but I really can't say too much about the touchdowns because I'm looking forward to making a lot more," Terry said.

What stands out immediately is Terry's 6-foot-4 frame, which he used as a high school senior in grabbing 19 touchdown receptions at Ashburn (Georgia) Turner County. Terry has the height and athleticism as well as speed to make plays in the open field. He's already drawn respect from defenses that roll a safety over and double team him and sees it as a sign of respect.

"When they double team me, I like that because it opens up my teammate," Terry said. "Somebody is going to be wide open. We're going to get a big play."

Terry has also earned his opportunities because of his blocking. Terry knows how much Florida State's staff values blocking, and he has done a good job of helping to keep defenders off other receivers or tailbacks in the open field.

"The things he did exceptionally well on Saturday had nothing to do with two touchdowns," offensive coordinator Walt Bell said. "You want to talk about a guy who blocked and played hard without the ball and was an unbelievable teammate, he was unbelievable without the ball the and that's a thing a lot of people don't notice."