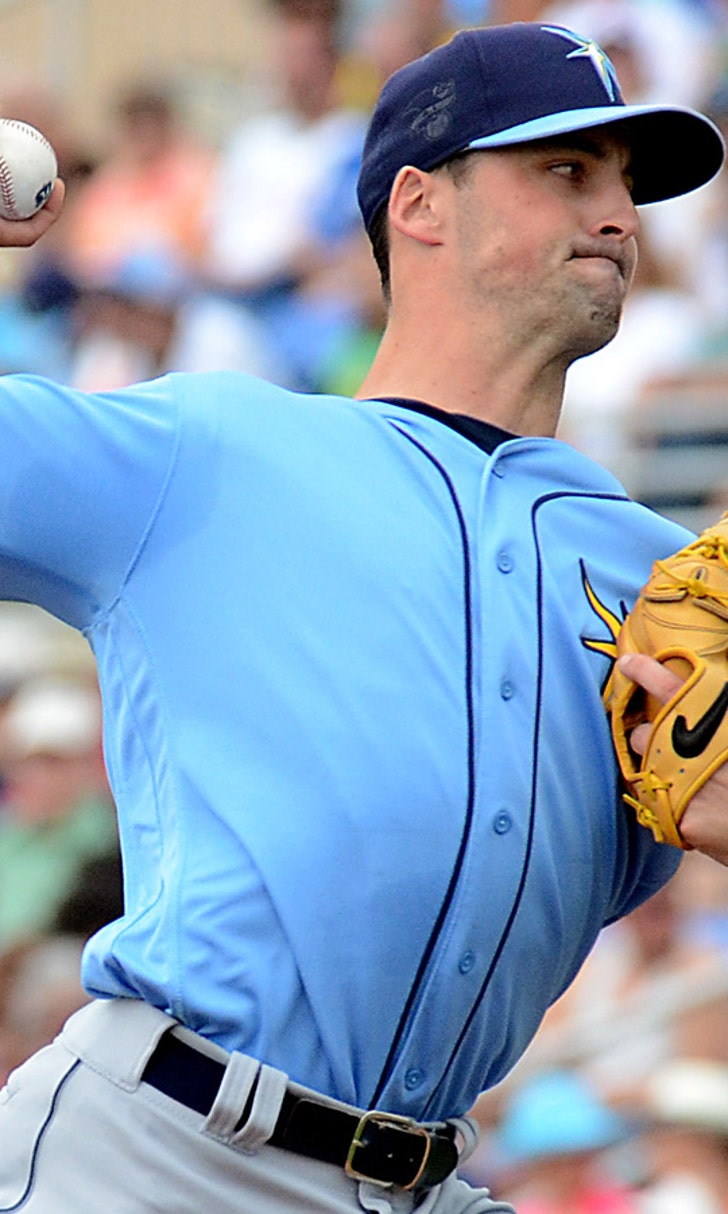 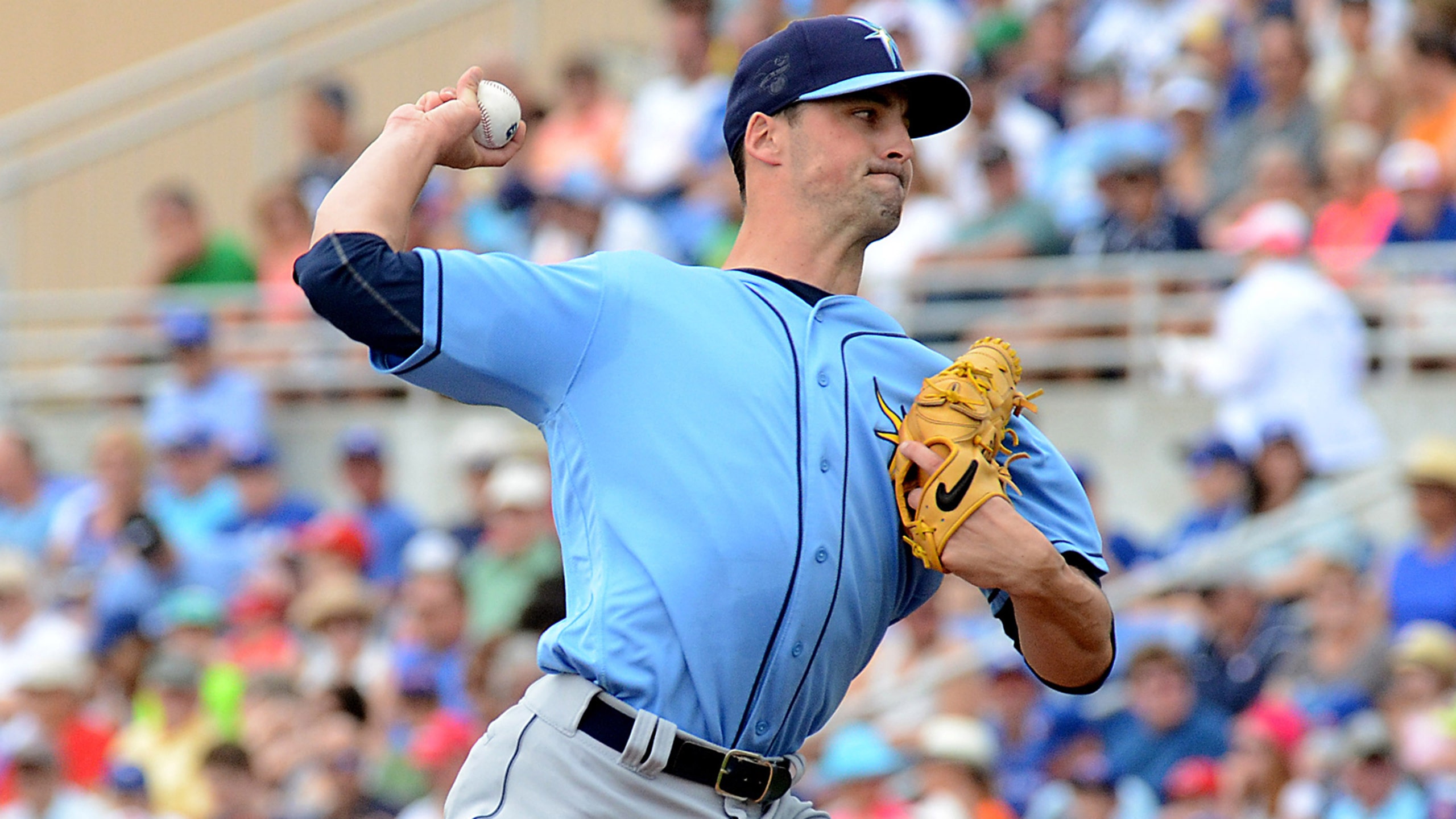 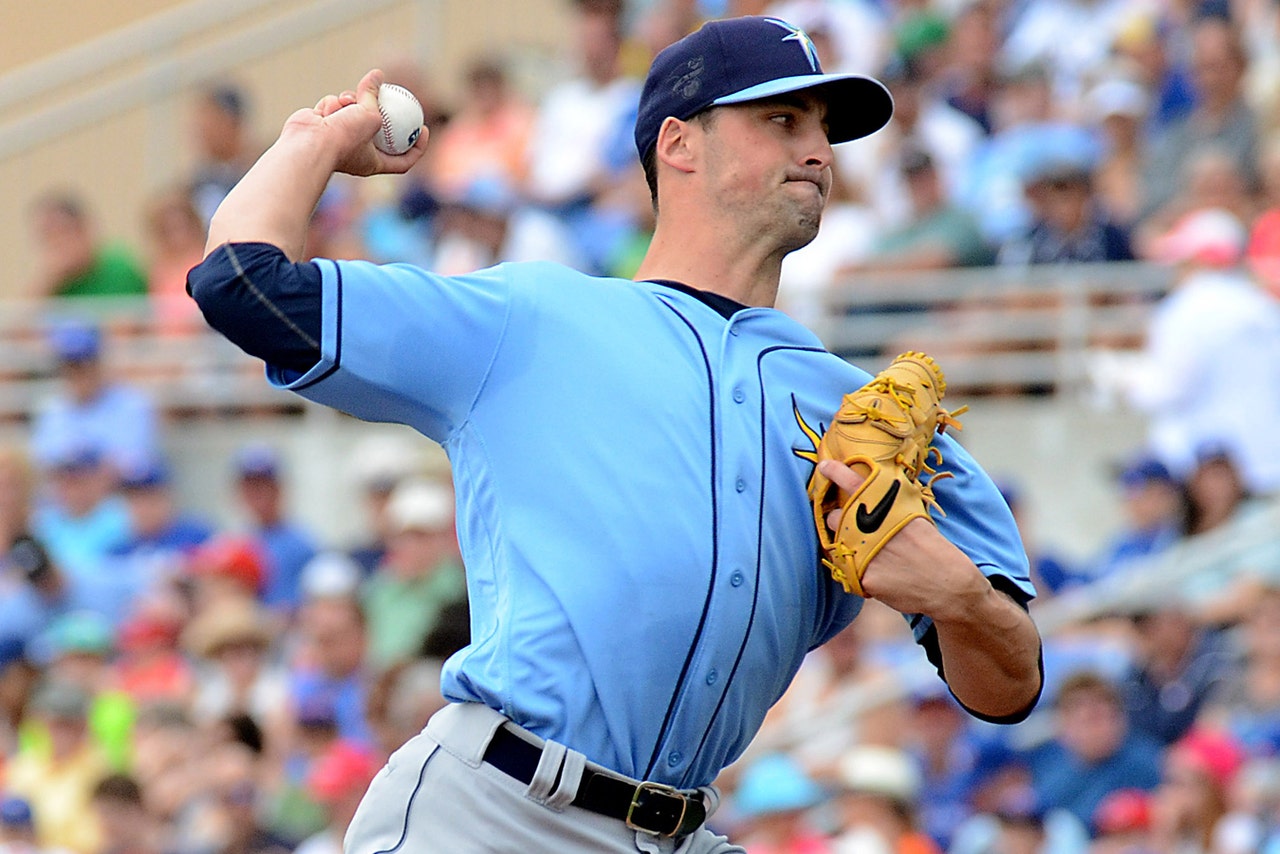 Playing in his second game of the spring, Bautista drove an inside fastball from prospect Taylor Guerrieri off a light pole beyond the left-field fence for a three-run shot in the third.

Bautista was 0 for 1 with a strikeout, walk and hit-by-pitch in his spring debut on Thursday against the Yankees. The six-time All-Star outfielder sat out the first nine exhibition games to get additional workout time.

"That's what he does," Blue Jays manager John Gibbons said. "He's been getting his work in, but ... he's a guy you can always count on."

Sanchez, in the mix for a spot in the rotation, yielded a leadoff double to Brandon Guyer in the first before retiring 11 straight. The 23-year-old right-hander walked one and struck out four.

"First batter of the game, I tried to front-door a cutter -- something I had been working on -- it just saw too much of the plate," Sanchez said. "After that, man, I liked everything about that outing except the two-out walk there at the end. But, overall, a good day."

Tampa Bay's Kyle Roller drove in Nick Franklin with an RBI double off Gavin Floyd in the fifth.

Rays: Guerrieri was charged with four runs and four hits in 2 2-3 innings. He struck out one and walked one before being pulled after Bautista's homer.

"It kind of gets you a chance to see what you're made of, especially with me being in the minor leagues my whole career and not having any big league time," he said. "To be able to see what these guys are really capable of, it's pretty cool to say the least."

Blue Jays: Gibbons indicated he is not close to making a decision on the role Sanchez will have to start the season. Sanchez said the goal is to be a starter.

Rays: RHP Matt Andriese was originally scheduled to start, but was scratched late Saturday with tightness in his left abdominal muscle. Andriese, who has appeared in two games and is competing for a spot in the bullpen, will play catch on Monday. ... OF Corey Dickerson, who exited Saturday's game against the Yankees after being hit in left arm by a pitch, was diagnosed with a forearm bruise. ... 1B/OF Steve Pearce, scratched from Thursday's lineup against Toronto with right calf tightness, took some swings in the batting cages in Port Charlotte for the second consecutive day.

Blue Jays: RHP Marco Estrada, who has not appeared in a game because of back soreness, threw 35 pitches in a simulated game Saturday and expects to be ready to start the season. He should make his exhibition debut this week.

Rays: Chris Archer gets the start against the Braves on Monday in Kissimmee. The righty struggled in his last outing on Thursday against Toronto, allowing two first-inning runs on wild pitches.

Blue Jays: After an off day Monday, Jesse Chavez will make his first start Tuesday against the Orioles in Dunedin. The right-hander was acquired in a November trade with Oakland.

Dodgers Win 2020 World Series
The Dodgers came alive late in Game 6, winning their first World Series title since 1988.
October 28, 2020
those were the latest stories
Want to see more?
View All Stories
Fox Sports™ and © 2021 Fox Media LLC and Fox Sports Interactive Media, LLC. All rights reserved. Use of this website (including any and all parts and components) constitutes your acceptance of these Terms of Use and Updated Privacy Policy. Advertising Choices. Do Not Sell my Personal Info