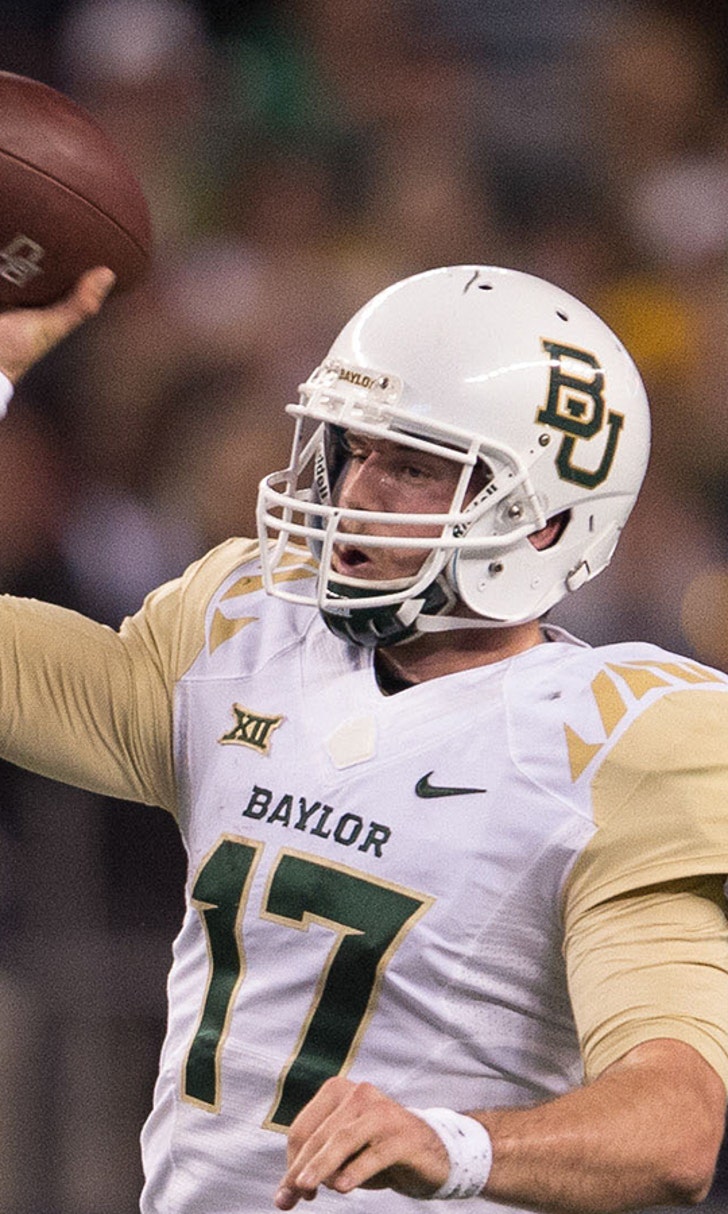 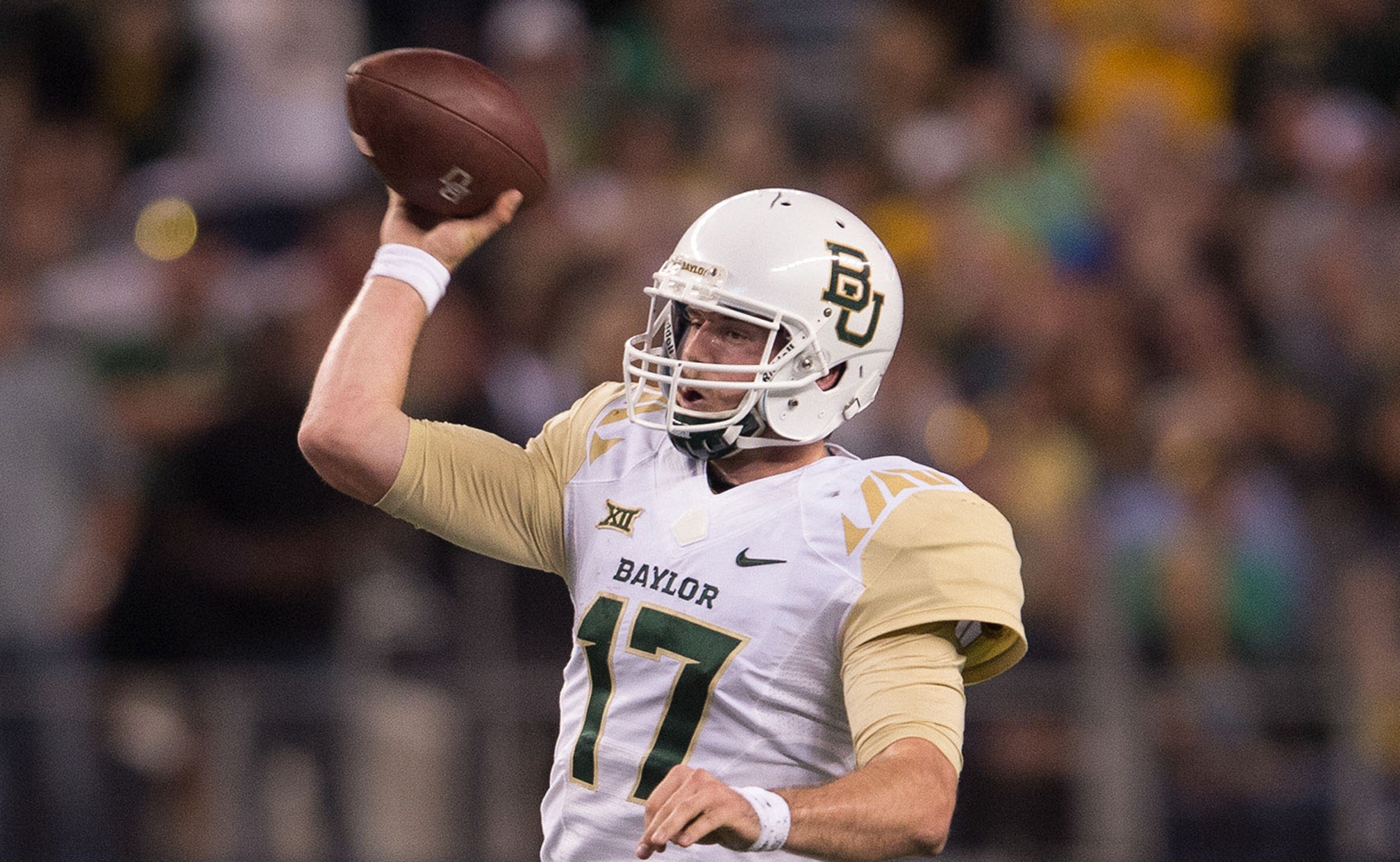 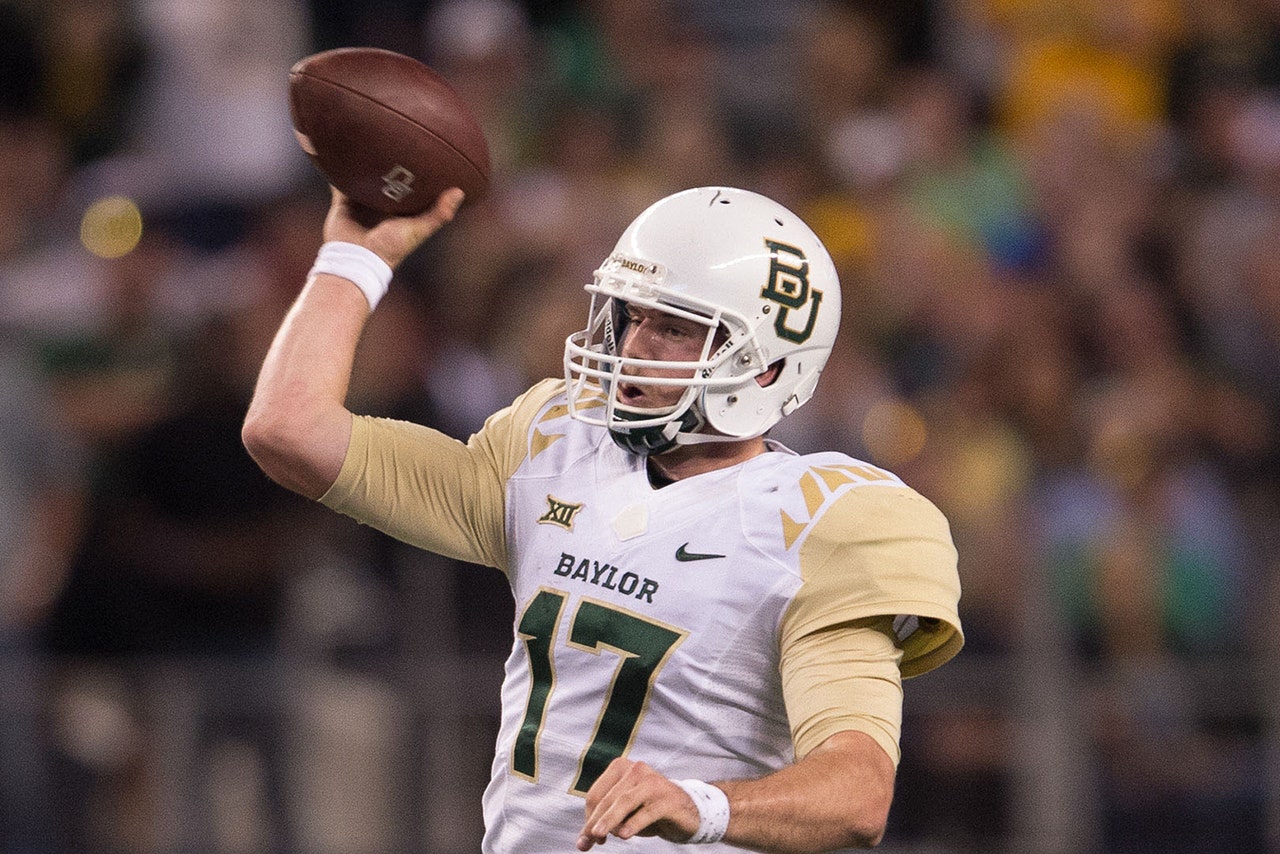 Six Big 12 teams are dealing with quarterback competitions this spring. Here's where each team stands at the position entering the summer.

Seth Russell had one start vs. an FCS opponent and played in mopup duty the last two seasons. The assumed heir to Bryce Petty hasn't done anything to give up the inside track to backups Chris Johnson and Jarrett Stidham. Russell was the clear No. 1 in spring and the Bears' post-spring depth chart reflected that. One intriguing note: Five-star QB and true freshman Jarrett Stidham managed to grab a co-No. 2 spot alongside Johnson, a sophomore.

Senior Sam Richardson finally got healthy and started 11 games a year ago, but has to face his glaring 0-14 record in Big 12 starts entering next season. A few rough starts might force Paul Rhoads to give Grant Rohach or Joel Lanning an opportunity.

Michael Cummings was a major bright spot late last season for the Jayhawks, but David Beaty's arrival meant hitting the reset button on the position. The senior has gotten most of the first-team reps this spring, but Beaty warned that it might not mean much. "If we don't name a starter until the day of the game, I'm fine with that," Beaty told reporters. He'll have to hold off Montell Cozart, who won the job last spring before being benched in favor of Cummings after Charlie Weis was fired. UCLA transfer T.J. Millweard is also competing and the Jayhawks will welcome two freshmen, Ryan Willis and Carter Stanley, this summer. Cummings is the safe bet, but OC Rob Likens says his system is easy to learn. Don't count out the young fellas.

The Wildcats have three candidates vying for the job, but coach Bill Snyder said Tuesday the competition will carry over into August. Joe Hubener earned some playing time behind Jake Waters last season but has zero career starts at any level under his belt. Hubener is also--stop me if you've heard this in Manhattan before--a former walk-on. He's a big body and a physical presence in the mold of Collin Klein at 6-foot-4 and 205 pounds. Sophomore Jesse Ertz is his chief competition, but freshman Alex Delton has drawn public praise from Snyder, too.

Inconsistency and a scary neck injury were the stories of Trevor Knight's disappointing 2014 season. The Sooners moved Blake Bell to tight end and put all their stock in Knight, but finished 8-5, capped by losses to Oklahoma State and Clemson. Baker Mayfield spent last season dominating the scout team alongside Dorial Green-Beckham and might do what was unthinkable not long ago: Swipe Knight's starting spot. He'll have to improve his decision-making and ball security to do it, but Knight will lose his job if his accuracy can't improve.

Injuries to J.W. Walsh and Daxx Garman forced Mason Rudolph into duty as a true freshman and he excelled in three starts to close the season, leading OSU to wins over Oklahoma and Washington in the Cactus Bowl. Garman announced plans to transfer before the spring and Walsh will likely be used in a specialized package, but Rudolph is the Cowboys' clear starter moving forward.

Tyrone Swoopes started 12 games a year ago with moderate results, and Texas coaches say redshirt freshman Jerrod Heard has "closed the gap" on Swoopes during the spring. Both had similar production in Texas' spring game but co-OC Shawn Watson said Heard's development was the "single most important" thing to happen to the team this spring. It's probably a 50/50 shot at this point, but it's hard to see Heard not getting at least an opportunity to prove himself in meaningful action early next season.

Trevone Boykin is a legitimate Heisman contender after finishing fourth in the race a year ago. He underwent surgery on his non-throwing wrist earlier this month but will be 100 percent for offseason workouts. His backups need to improve. Gary Patterson said earlier this month he doesn't feel the Frogs have two quarterbacks on the team who could win them a Big 12 title.

The Red Raiders molded their spring practices around Patrick Mahomes' baseball schedule as best they could. He took over for Davis Webb late last season and averaged 439 yards a game in Texas Tech's final three games. He also threw 14 touchdowns to just two picks all as a true freshman. Webb has pushed him hard this spring, and it could change in midseason, but it's hard to see Mahomes not getting the first snap this fall.

Dana Holgorsen said Saturday that Skyler Howard is the "clear cut" No. 1 ahead of William Crest and that the race is "not even close." Howard threw eight touchdowns and no picks in West Virginia's final three games after Clint Trickett retired due to concussions. Holgorsen, however, warned on Tuesday that the competition isn't over yet.