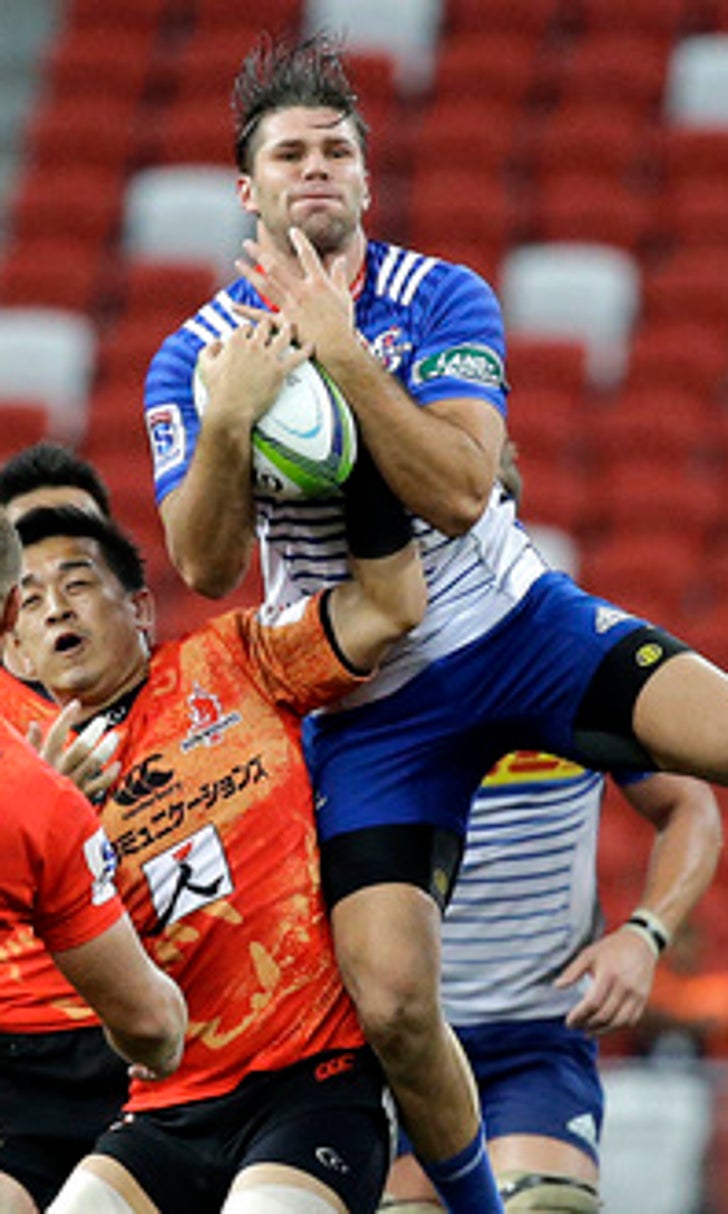 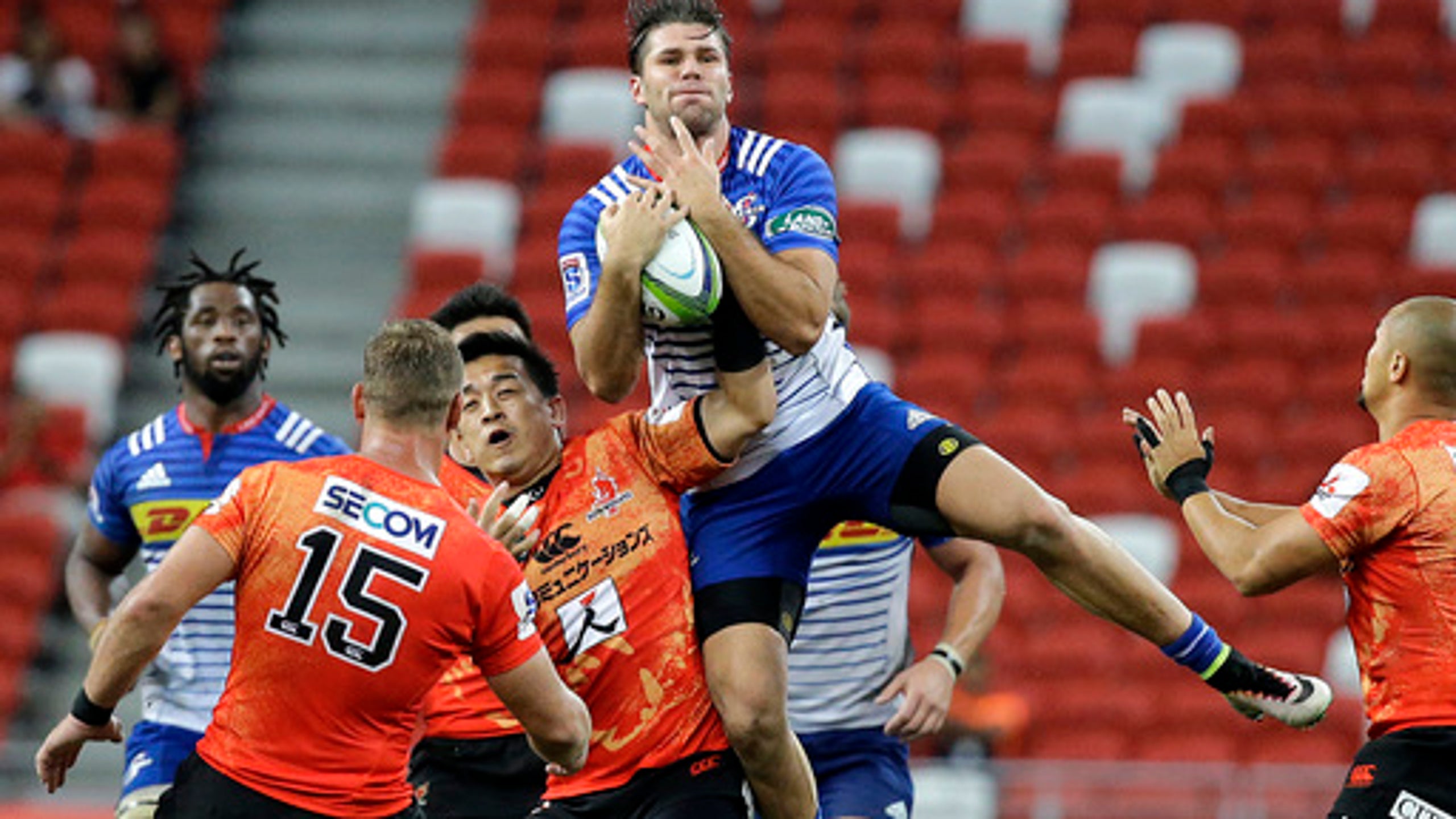 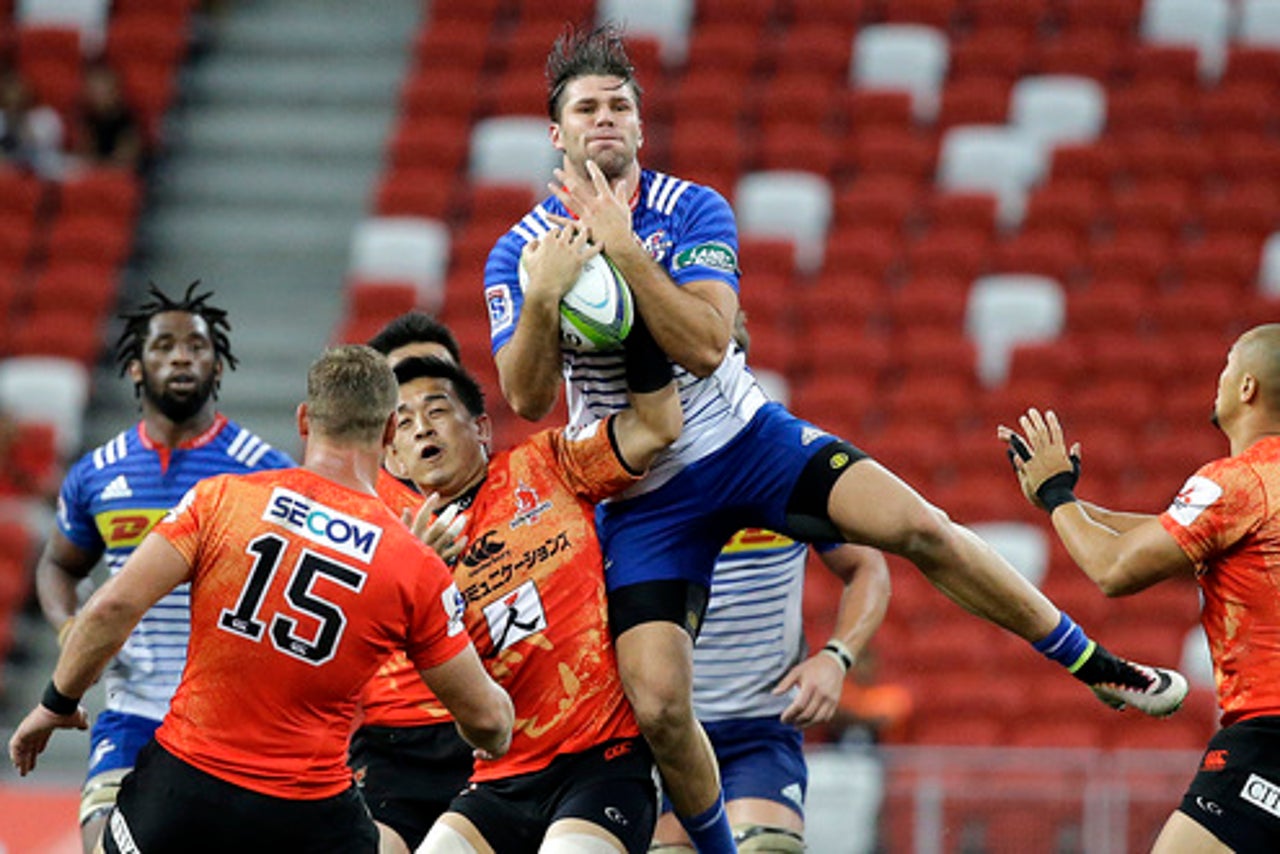 WELLINGTON, New Zealand (AP) As the organizers of Super Rugby consider further expansion, two of the most-recent beneficiaries of that strategy provided fuel for their argument that the tournament must grow.

New Zealand Rugby chief executive Steve Tew said this week the expansion of Super Rugby beyond its current 18 teams and five nations is ''inevitable'' despite criticisms the tournament is already unbalanced and confusing.

Critics also point out that the three teams added to Super Rugby this year as it grew from 15 to 18 teams - the Sunwolves, Jaguares and Kings - have been uncompetitive, diluting its quality.

But, as if on cue, Japan's Tokyo-based Sunwolves held the South Africa 1 conference-leading Stormers to a 17-17 draw in Singapore and the Jaguares took it right up to the Sharks in Buenos Aires before losing 25-22.

While neither result makes the argument that Super Rugby's latest expansion has been a success, Tew says the creation of the Sunwolves and Jaguares has brought top rugby to new audiences.

Super Rugby and the salaries of its players are funded by broadcasting rights, and Tew argues the maintenance of the value of those rights is achieved by the breadth of the tournament's audience and the markets in which it operates.

''When we go to the next set of broadcasting deals we have to be sure we have a footprint in South America, a footprint in Asia and possibly other markets or we will go bust because we continue to compete with the clubs (in Europe),'' he said.

The five-year broadcasting deal signed by Super Rugby promoters SANZAR in 2015 was worth more than $400 million, an increase of about 20 percent over the previous term. It was also contingent on the establishment of teams in Japan and Argentina and the addition of a sixth South African franchise, the Kings.

Super Rugby is unlikely to expand again until 2020, but when it does so some experts estimate the value of broadcasting rights might exceed $1 billion.

But despite its expansion, the tournament must still be played between February and August with a break for test matches in June which makes a full round-robin impossible. For that reason, the tournament has been broken into conferences in New Zealand, Australia and Africa.

In the weekend's 12th round, the defending champion Highlanders beat the seven-time champion Crusaders 34-26 to leave them in a three-way tie atop the New Zealand conference with 37 points, along with the Hamilton-based Chiefs. The Wellington-based Hurricanes are a point behind after Saturday's bonus-point win over the Queensland Reds.

The Johannesburg-based Lions crushed the Auckland-based Blues 43-5 to move atop the combined South African group, a point ahead of the Cape Town-based Stormers, who dropped to second after their draw with the Sunwolves.

The New South Waratahs moved atop the Australian conference when they took a bonus point from a 31-8 win over the Pretoria-based Bulls, overtaking the ACT Brumbies who missed a bonus point in their 30-22 win over the Melbourne Rebels.

The match between the Highlanders and Crusaders was one of the best of the season, featuring try-scoring doubles by winger Waisake Naholo and Matt Faddes. Overall, the New Zealand derbies have produced better rugby than derbies in other conferences or matches between teams from different regions.

Tew acknowledged that perception but said there was no way New Zealand could go it alone.

''There are some analysts of our game who think we've got it fundamentally wrong with the current structure,'' he said. ''All I'm saying is you need to be patient. We either grow the game and we're part of the growth, and we try to lead it and we have some ability to control it, or we sit back and we'll get swamped.''