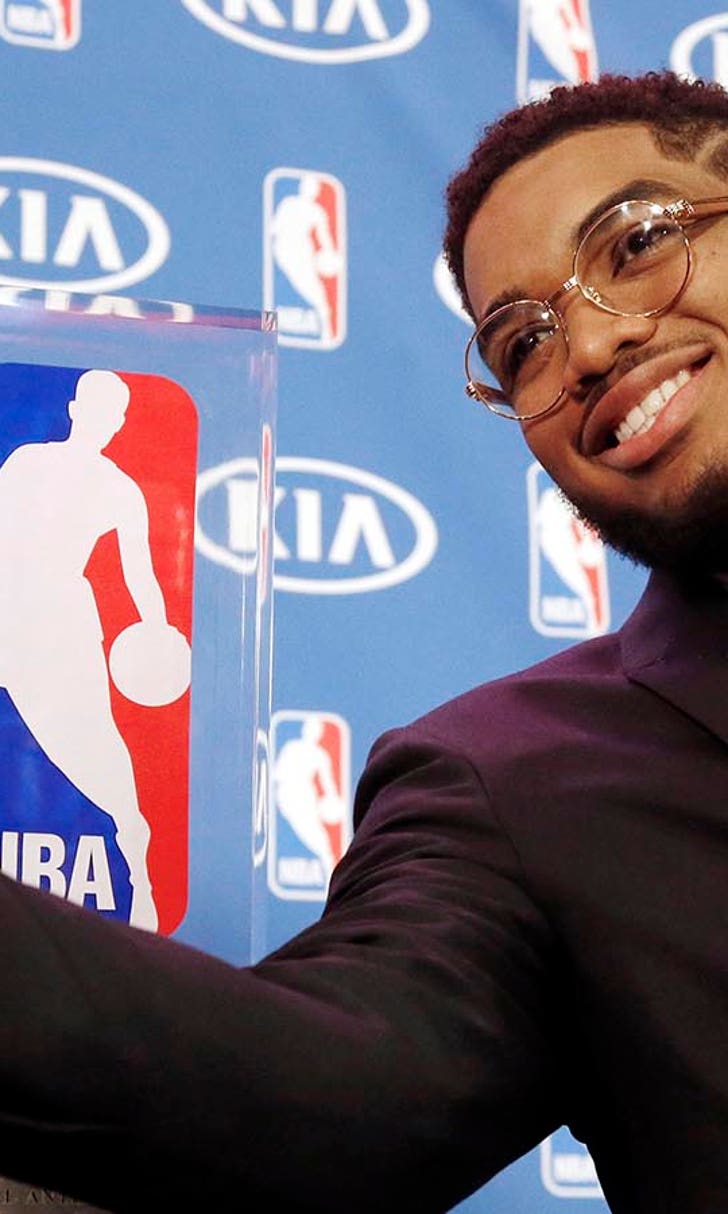 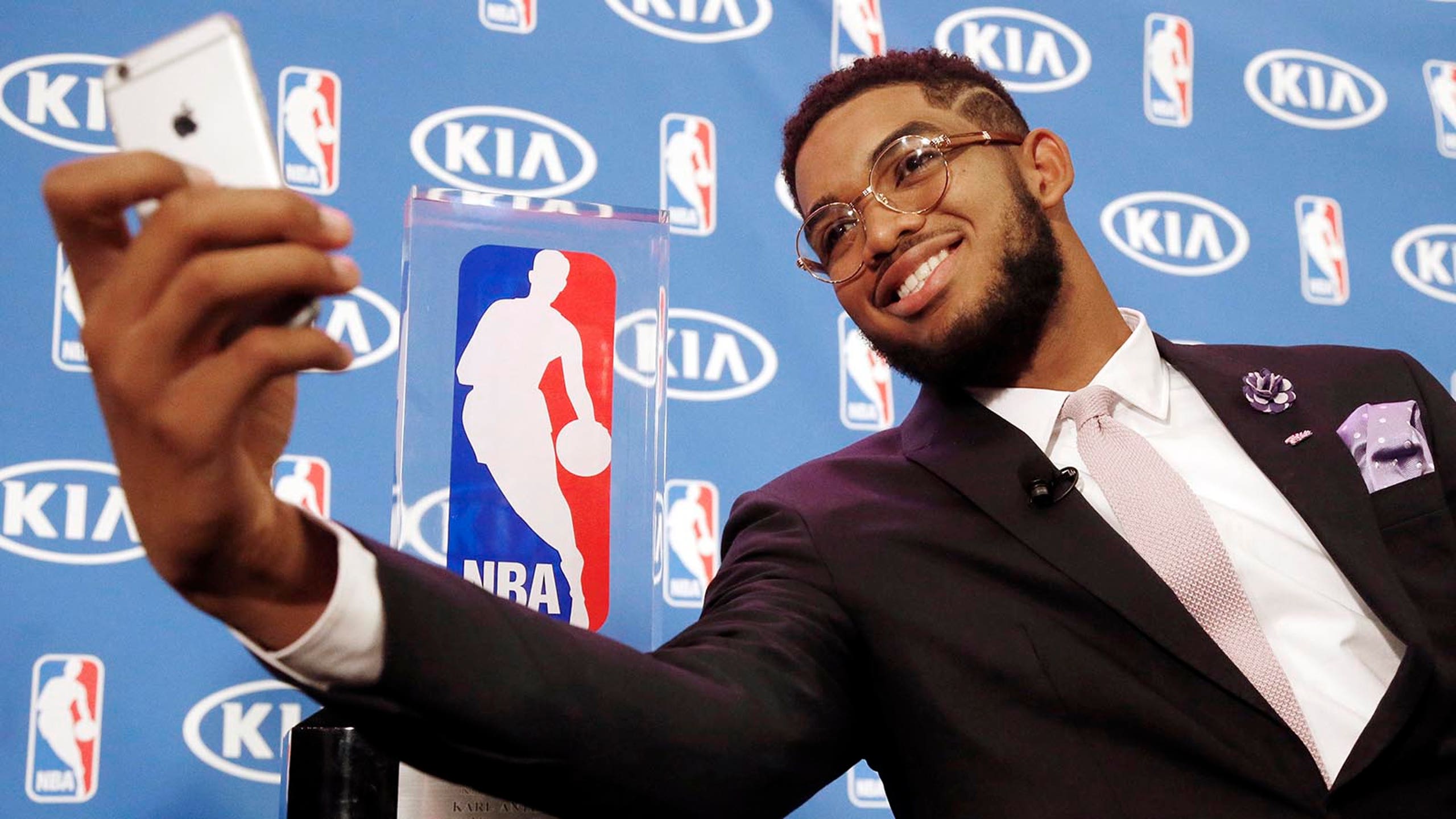 StaTuesday: Comparing Towns to other rookies of the year 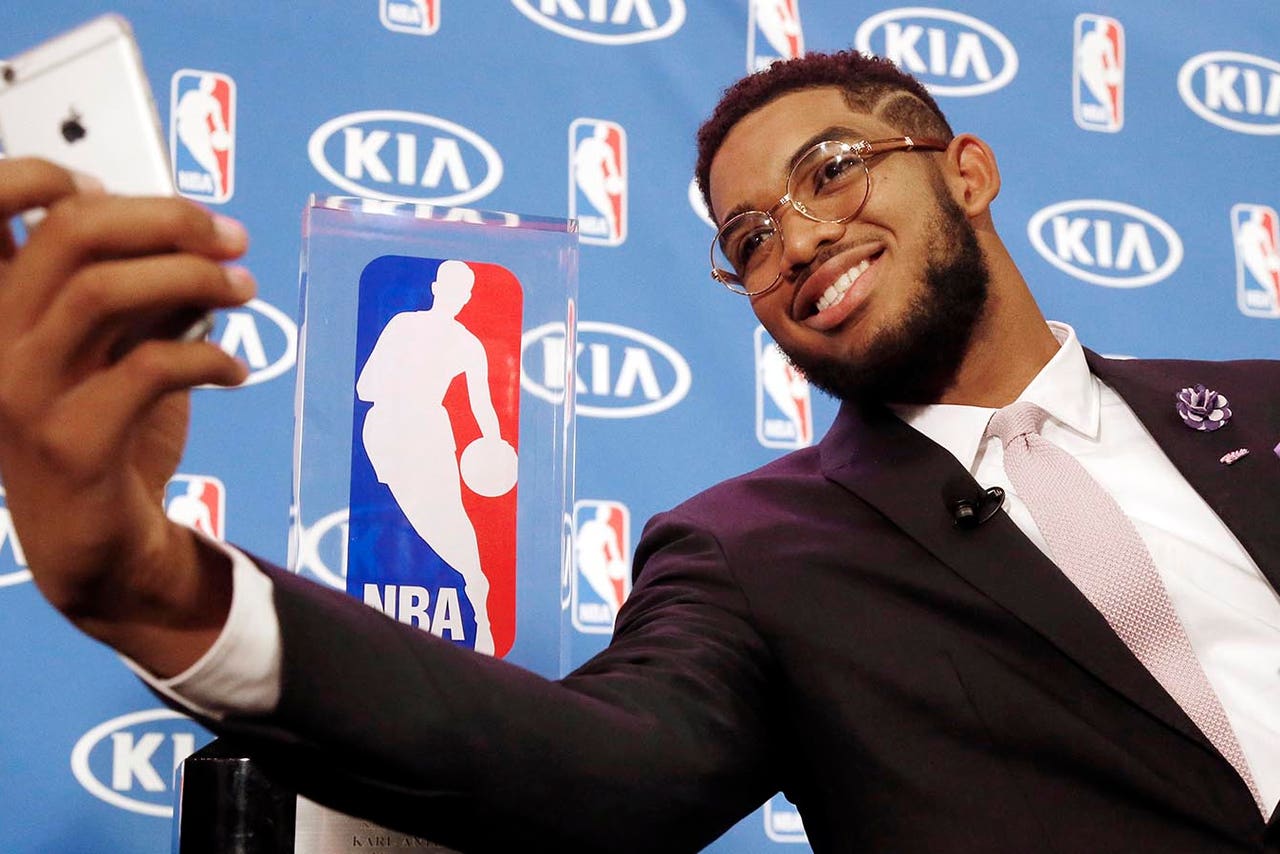 And while the 7-foot Minnesota Timberwolves big man is drawing comparisons to some of the biggest names in the NBA, he was quiet and collected after being presented with the league's Rookie of the Year award on Monday. Like Curry and the MVP, Towns was a unanimous choice.

"It's just a testament to the organization the Minnesota Timberwolves have developed, the way that they handle themselves, developing young players," he said.

It was one of the most impressive first-year performances in recent memory, as Towns punctuated a consistent rookie season with flashes of brilliance.

But how does Towns' rookie season compare to his contemporaries?

From Los Angeles Clippers superstar Blake Griffin in 2011 to teammate Andrew Wiggins in 2015, let's take a look at the ROY winners of the last few years, and see just how well Towns compares to some of the league's best.

After a knee injury delayed his much-anticipated rookie season by a year, Griffin emerged as one of the most successful first-year players in recent NBA history.

The first rookie since Yao Ming (2003) to play in the NBA All-Star Game, Griffin was also the first rookie since 2000 to average at least 20 points and 10 rebounds. The Clippers finished the season with a 32-50 record and missed the playoffs for the fifth straight season, but Griffin led all rookies in points, rebounds and double-doubles.

A one-and-done at Duke, Irving appeared in just 51 games during his lockout-shortened rookie season, but impressed nonetheless.

Irving won three of the four available Eastern Conference Rookie of the Month awards, and led all rookies in points and rebounds, while finishing third in assists.

The Cavaliers finished the season 21-45, 13th in the Eastern Conference.

The fifth-ranked scorer in Big Sky Conference history, Lillard was the sixth-overall pick in the 2012 draft. It didn't take him long to make a few teams regret the decision.

Lillard picked up a double-double in his NBA debut, and would go on to set the rookie record for 3-pointers with 185, while becoming just the third rookie to score more than 1,000 points and 500 rebounds in a single season.

The No. 11 pick back in 2013, Carter-Williams outperformed his stock for the Philadelphia 76ers, racking up nine assists in his NBA debut, a single-game rookie record, and won two Eastern Conference Rookie of the Month awards.

The first Rookie of the Year to be drafted outside the top 10 since Mark Jackson (No. 18 overall, 1987), Carter-Williams led all rookies with 16.7 points and 6.3 assists per game.

Selected No. 1 overall by the Cleveland Cavaliers, Wiggins was soon shipped to Minnesota in the deal that sent Kevin Love to Cleveland, and immediately became a cornerstone of the Wolves' rebuild.

Wiggins was the rookie scoring champion, averaging 16.9 points per game, while finishing fifth in rebounds with 4.6 per game and seventh in assists with 2.1 per game.

Towns improved as the season went along, averaging 21.3 points and 11.7 rebounds over the final 31 games of the season, and won six consecutive Western Conference Player of the Month awards.