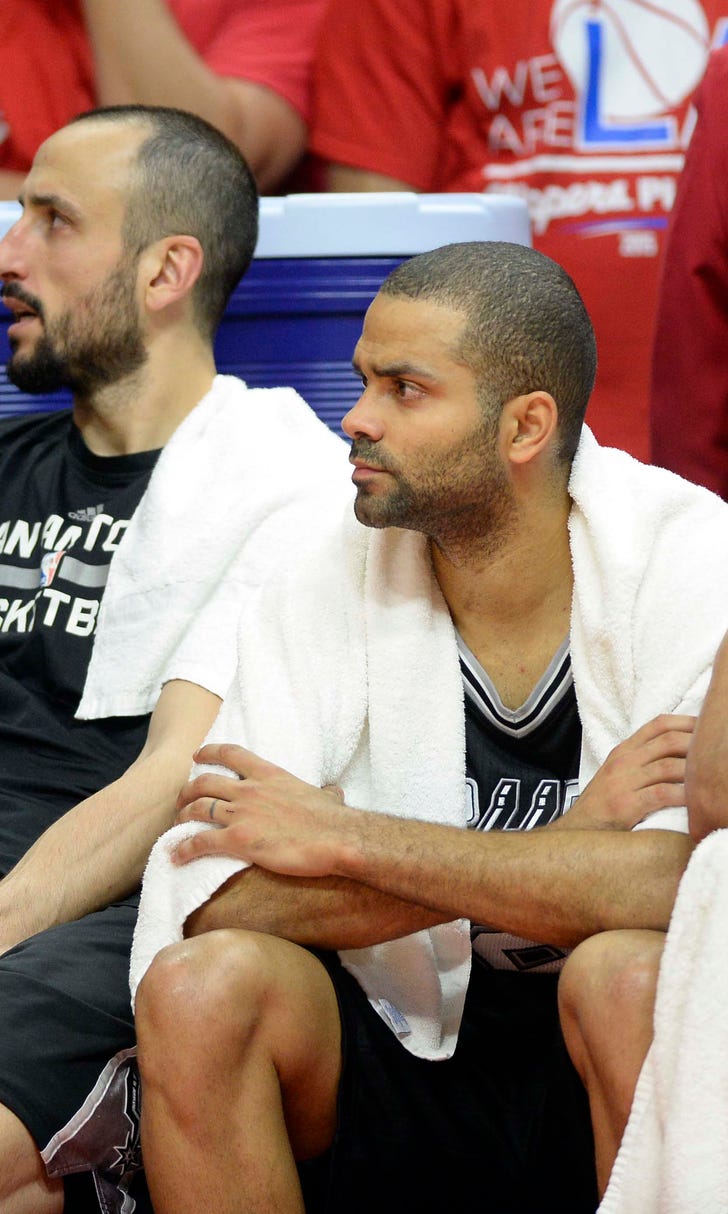 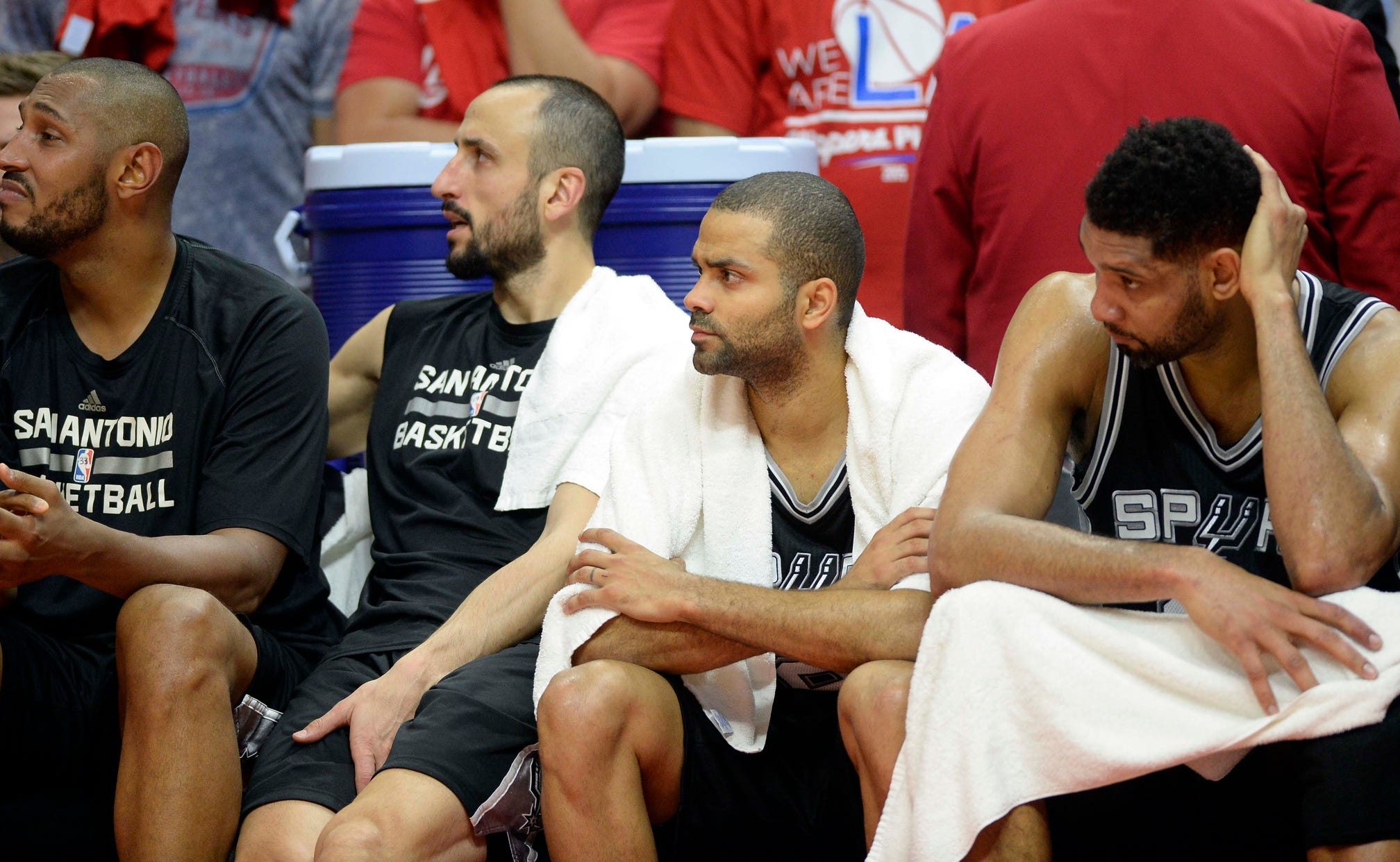 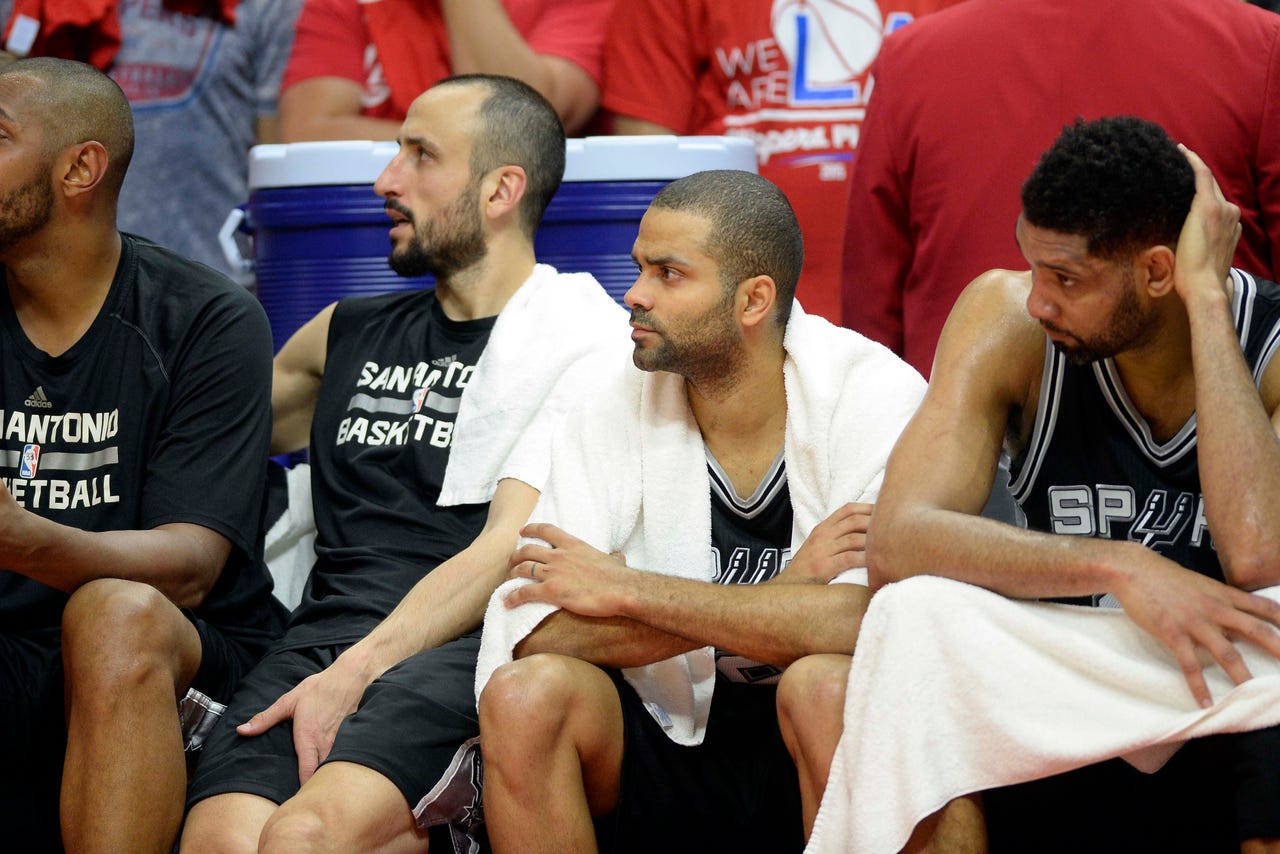 LOS ANGELES (AP) -- Chris Paul scored 32 points, Blake Griffin added 26 points and 12 rebounds, and the Los Angeles Clippers surged in the second half for a 107-92 victory over the San Antonio Spurs on Sunday night in their first-round playoff series opener.

Jamal Crawford added 17 points for the Clippers, who met the defending NBA champions' challenge in a difficult postseason-opening matchup for two powers. Griffin threw down his usual array of roof-raising dunks, while Paul quarterbacked Los Angeles to an 18-point lead in the third quarter.

Kawhi Leonard scored 18 points for the Spurs, who had won the opening game in their previous 11 playoff series. Tim Duncan had 11 points and 11 rebounds, but the Spurs couldn't rally from their hefty second-half deficit.

Tony Parker rolled his ankle early on and managed just 10 points on 4-of-11 shooting for the Spurs, who slipped to the sixth seed in the Western Conference in their season finale. That loss at New Orleans forced them to open their chase of their sixth NBA title against the hungry Clippers, who have never reached a conference final.

Both teams headed into the postseason with enormous momentum: Los Angeles won 14 of its final 15 games to finish with 56 victories and the NBA's third-best record, while San Antonio won 14 of 16 and 11 straight before the season finale.

San Antonio began intentionally fouling DeAndre Jordan at midcourt with 1:34 left in the first half, resuming the much-loathed strategy of forcing a 39-percent free-throw shooter to the line. In February, Spurs coach Gregg Popovich sent Jordan to the line 28 times in a loss at Staples Center.

Jordan went 4 for 8 in his four trips to close the first half, leaving the Clippers up 49-43.

Paul and Griffin went to work in the third quarter while the Clippers made a 24-10 run in the period, taking an 18-point lead in their usual high-flying style. Griffin was particularly vicious, depositing two dunks right in the face of Spurs backup big man Aron Baynes.

San Antonio briefly trimmed the lead to nine points midway through the fourth quarter, but Paul and Griffin comfortably kept the Clippers ahead, pushing the lead to 20 points on Paul's jumper with 2:39 to play.

The Clippers are the only playoff team among Staples Center's three tenants, and the Kings' ice has been melted and the Lakers' championship banners covered up for their club-record fourth straight playoff appearance. A sellout crowd in red T-shirts batted illuminated beach balls around the arena before the Clippers jumped to an early 11-point lead.

The Clippers anticipate considerably less postseason turmoil than they faced last season, when team owner Donald Sterling was banned from the NBA for life during the club's first-round series against Golden State after his racist remarks were revealed. The Clippers beat the Warriors in seven games after dumping their warmup shirts at center court in Oakland in a gesture of solidarity against Sterling.

Spurs: Tiago Splitter returned to San Antonio's starting lineup for the series opener after missing the last six games with an injured right calf. The Brazilian center played only 10 minutes and had his calf heavily wrapped on the bench. ... Clippers coach Doc Rivers said the decision to start the series on a low-profile Sunday night television slot showed "disrespect" for the Spurs' five championships. When told of his friend's comments, Popovich dryly replied: "He's trying to trick me somehow."

Clippers: Crawford went 10 for 36 in four games after returning from a lengthy injury absence earlier this month, but went 7 for 10 in the playoff opener. ... Austin Rivers made his NBA playoff debut, scoring two points