CLEVELAND, OH – SportsTime Ohio is excited to announce its Cleveland Indians broadcast schedule for the 2019 season.

Play-by-play announcer Matt Underwood and color analyst Rick Manning return to the booth to call all the action this season with Andre Knott reporting.

STO’s regular season coverage of the Tribe begins with their season opener on Thursday, March 28th, when the Indians take on the Minnesota Twins at 4 p.m. The Indians open their season at home on Monday, April 1st versus the Chicago White Sox at 4 p.m. STO’s coverage that day will begin at 1:00 p.m. with Drennan Live.

In addition to covering all non-exclusive national games, STO will have comprehensive coverage of the Tribe with the return of Indians Live, hosted by Al Pawlowski and Jensen Lewis. The pregame edition will provide fans with commentary, features, and in-depth pregame coverage of the Indians 30 minutes prior to every game telecast. Immediately following the final out of each game, the post-game edition will feature highlights, player interviews and analysis.

Tribe Report also returns on Tuesday, April 9th and will air every Tuesday after Indians Live postgame show. This 30-minute show hosted by Pawlowski and Lewis will recap previous games, break down future match-ups, and feature the best interviews, highlights, and more. 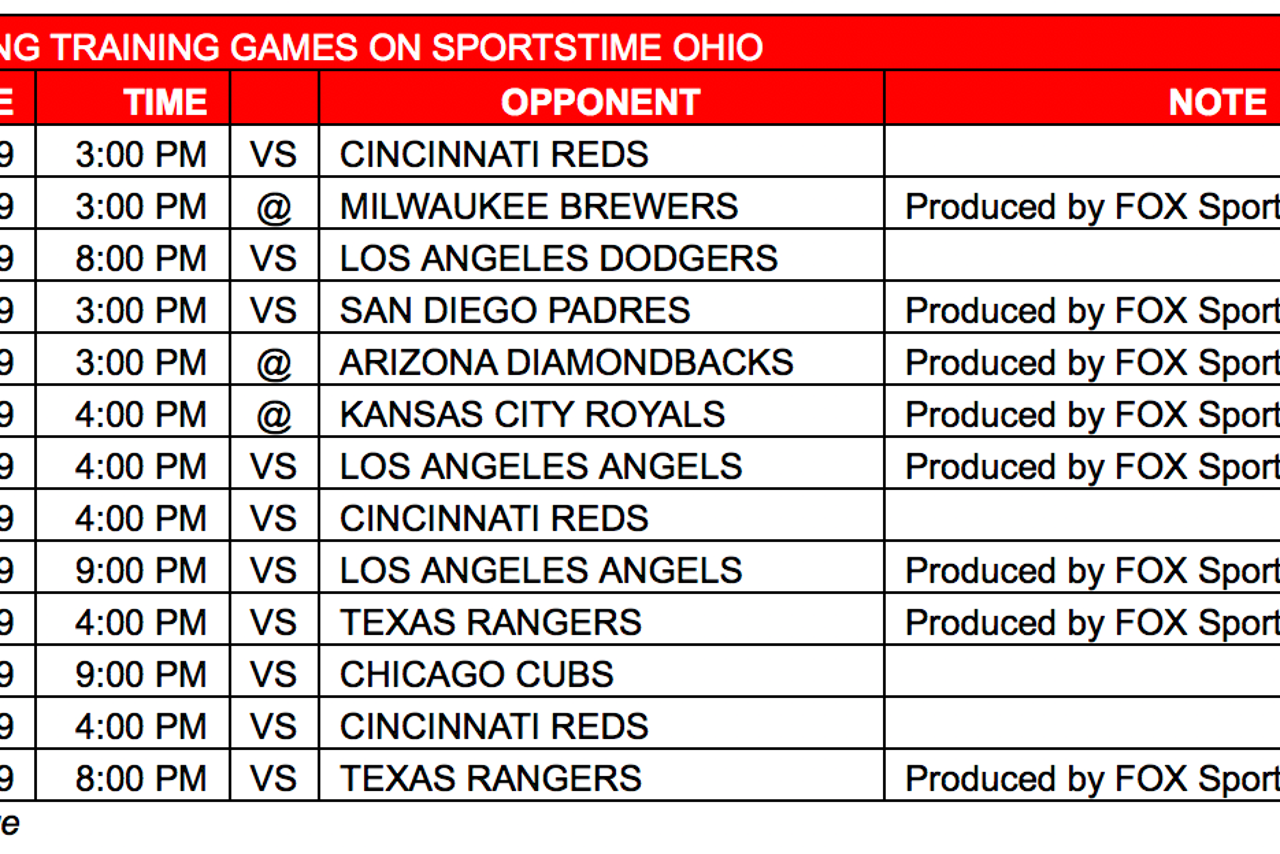 SportsTime Ohio is the television home of the Cleveland Indians as well as the Cleveland Browns, golf and sports talk programming. SportsTime Ohio and sister network FOX Sports Ohio present more live, local sports programming than any other network or broadcast system in the market, producing over 750 live sporting events including 4,800 hours of live and original programming every year. Together, the two networks reach over five million households in Ohio, Kentucky, Indiana, western Pennsylvania, western New York, and West Virginia. For complete regional sports news, telecast schedules and updated statistics, log-on to www.FOXSportsOhio.com