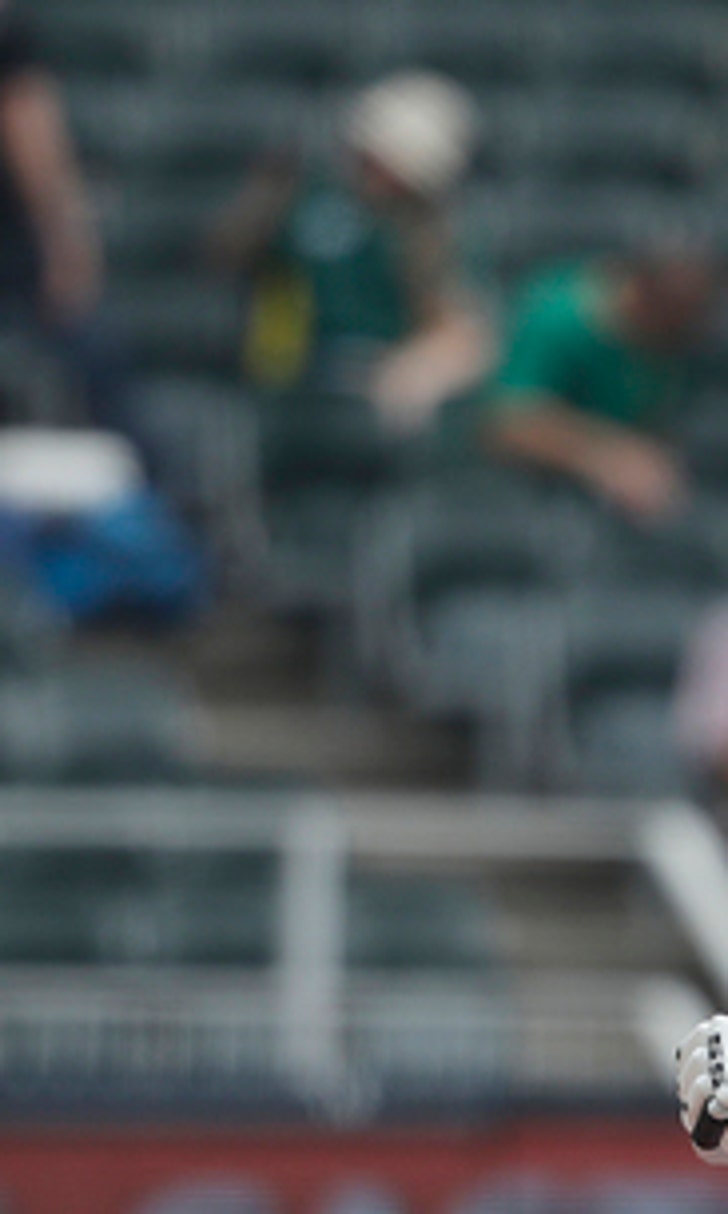 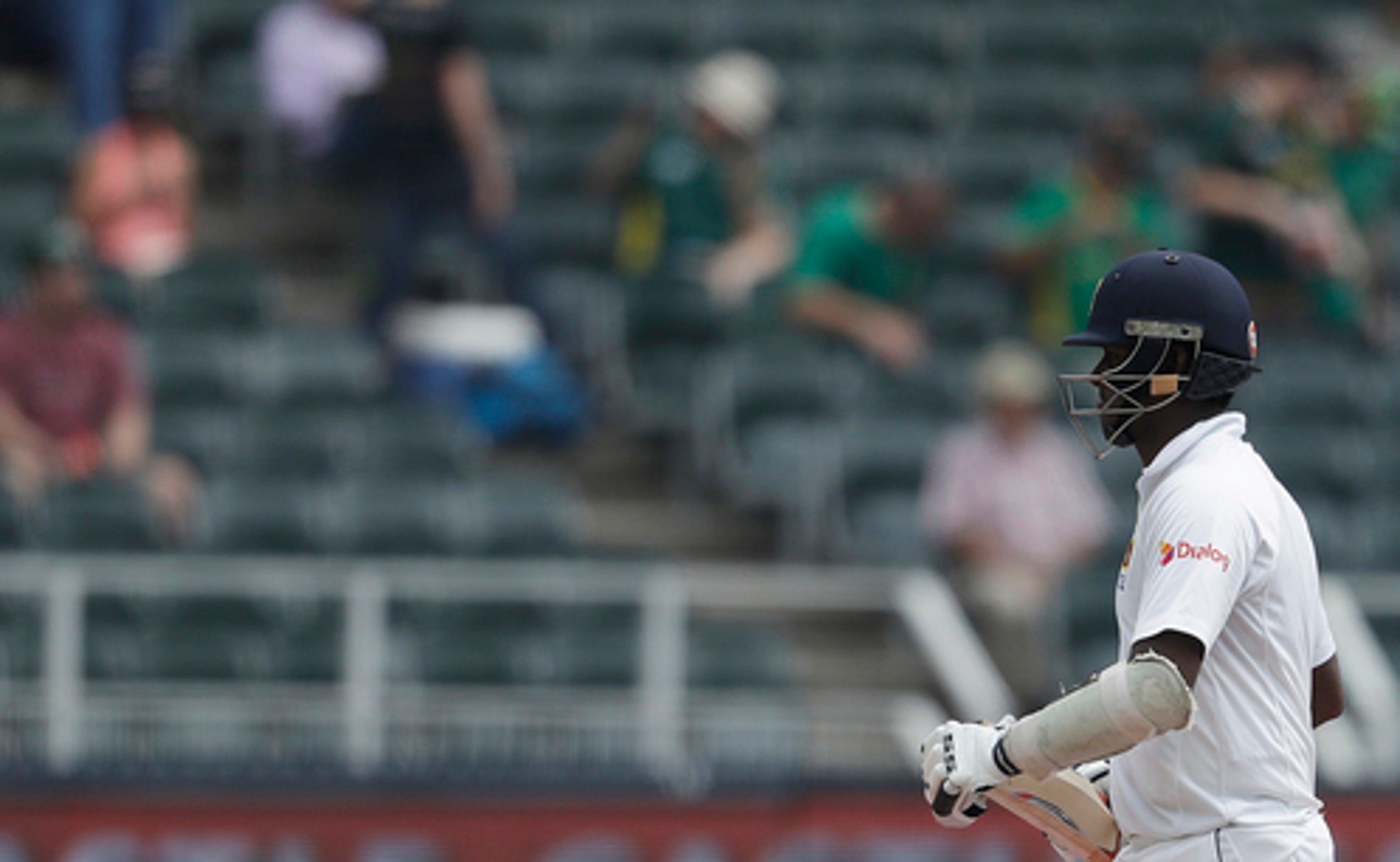 JOHANNESBURG (AP) South Africa's fast bowling quartet rifled through 16 Sri Lankan wickets on the third day to wrap up an innings victory in the third test at the Wanderers on Saturday.

The all-pace attack shared the wickets as it bowled out Sri Lanka for 131 and 177, giving South Africa an innings and 118-run win and a 3-0 series sweep.

While Vernon Philander and Kagiso Rabada led the way in the first innings with three wickets apiece, Wayne Parnell and newcomer Duanne Olivier did the damage in the second innings as they shared seven wickets.

After beating Sri Lanka by 206 runs and 282 runs in the first two tests, South Africa could reflect on a comprehensive series performance.

''In these conditions you're expected to be on top of Sri Lanka at times, but for me it was about making sure that 95 or 99 percent of the time we could string together consistent performances and we've done that,'' captain Faf du Plessis said.

The tourists were confronted by a relentless pace barrage, backed up by some excellent fielding with Quinton de Kock and Du Plessis both taking outstanding catches behind the wicket on Saturday.

Opener Dimuth Karunaratne's second-innings 50 was the highest score by a Sri Lankan batsman in either innings as it lasted a total of only 88.1 overs.

''I have been part of many defeats, but as captain this is certainly the worst,'' Sri Lanka's Angelo Mathews said.

Sri Lanka began the third day on 80-4 in response to South Africa's 426, but lasted just 17 more overs in its first innings.

Philander got the ball rolling for South Africa when he had Dinesh Chandimal caught behind by De Kock, who then took a stunning one-handed catch to dismiss Mathews (19) off the bowling of Rabada.

Olivier and Parnell took over from there, sharing the last four wickets as left-hander Upul Tharanga (24) provided the only resistance for Sri Lanka.

Philander finished with figures of 3-28 in 14 overs in the first innings, while Rabada had 3-44.

With a first-innings lead of 295 runs, Du Plessis enforced the follow-on for the first time in his captaincy career.

''It was an easy decision. We had four seamers here and the cracks were getting quite messy,'' he said.

He was soon rewarded as Rabada dismissed Kaushal Silva with his first delivery.

Karunaratne and Kusal Mendis prevented any further damage before lunch, but Parnell made the breakthrough half an hour after the interval when he had Mendis (24) play on.

Olivier dismissed Dhananjaya de Silva and Mathews, both caught by Du Plessis at second slip, with the South African captain taking a dramatic one-handed snare high above his head for the second dismissal.

The rout continued when Chandimal and Karunaratne were dismissed by Philander and Rabada respectively, before Parnell picked up three of the remaining four wickets.

The left-armer finished with figures of 4-51 in the second innings and 6-89 in the match in his first test in almost three years, while Olivier ended his debut with five wickets.

JP Duminy was named man of the match for his 155 that set up South Africa's total of 426, while Dean Elgar was the man of the series for his 308 runs.

South Africa
share story
those were the latest stories
Want to see more?
View All Stories
Fox Sports™ and © 2020 Fox Media LLC and Fox Sports Interactive Media, LLC. All rights reserved. Use of this website (including any and all parts and components) constitutes your acceptance of these Terms of Use and Updated Privacy Policy. Advertising Choices. Do Not Sell my Personal Info