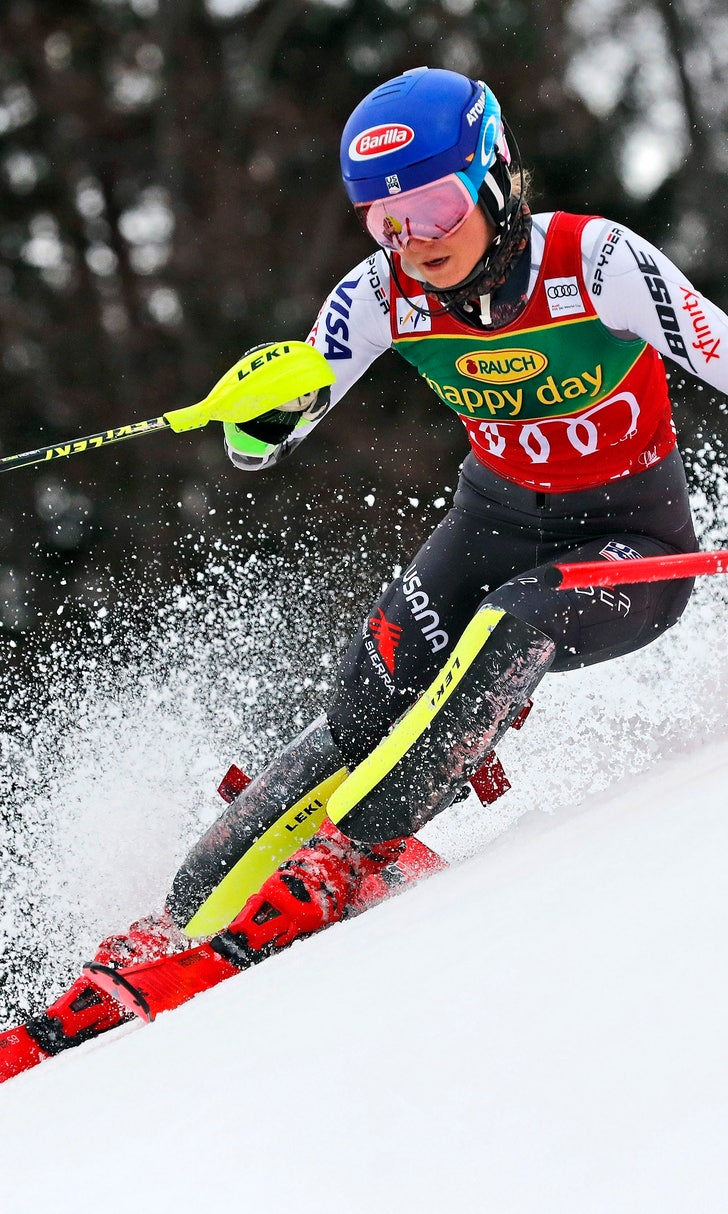 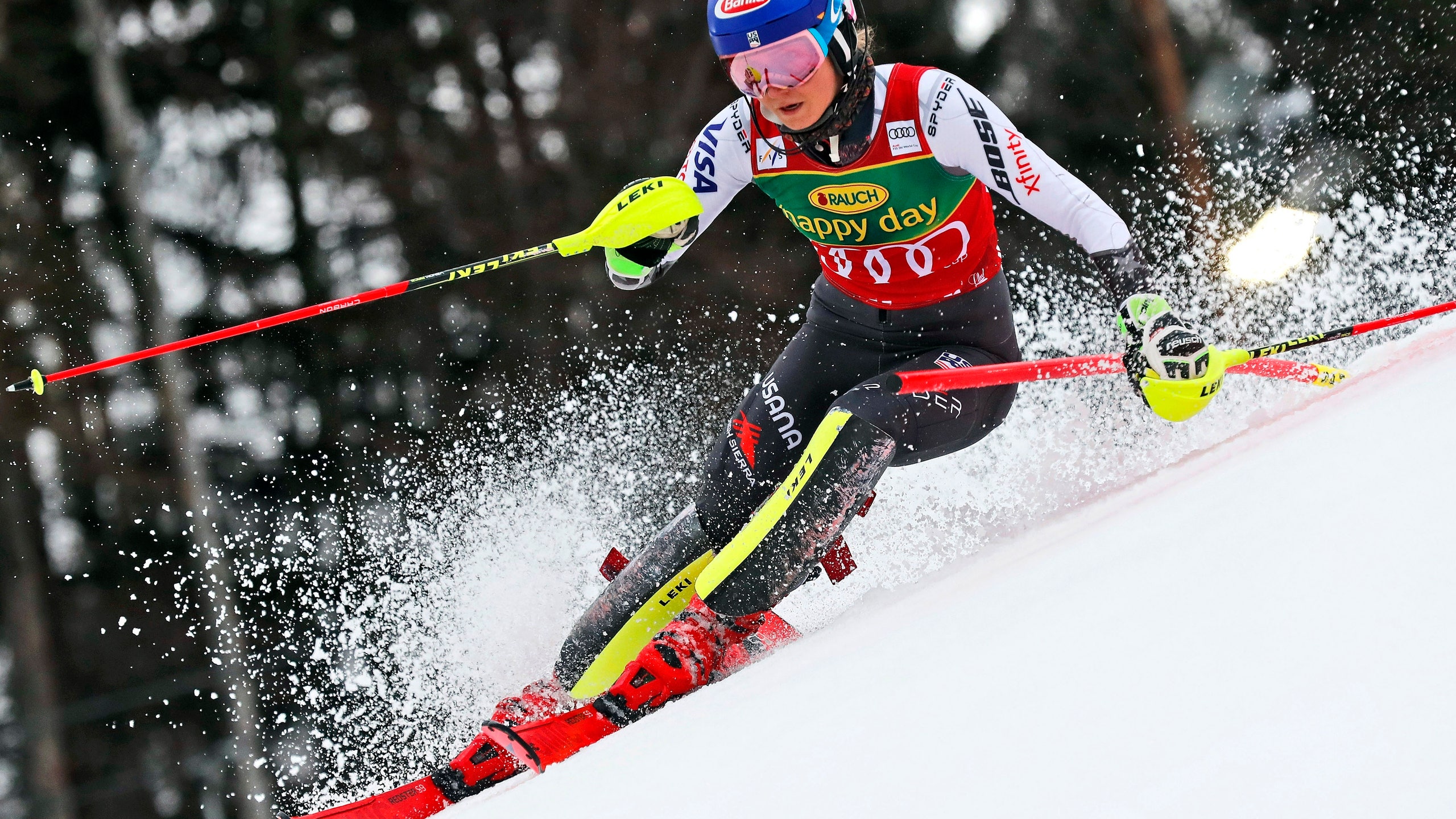 MARIBOR, Slovenia (AP) — After celebrating her personal-best 13th World Cup victory of the season and 56th overall, Mikaela Shiffrin spoke out Saturday against critics suggesting her wins and records are turning women's ski racing into a "boring" sport.

"This year there have been a lot of statistics, a lot of numbers, a lot of records. I feel like those numbers ... it dehumanizes what we are all doing," said the American two-time overall champion following her win in the last World Cup slalom before the world championships. Her latest win came a day after her shared victory in a GS on the same hill.

"(Some say) it's boring to watch these races as it's the same winner," Shiffrin said. "For me, it's not boring. Every race I am fighting and I am trying the hardest. There is always a new goal. There is always a way to keep doing better and getting better with my skiing."

For her and her competitors, Shiffrin said, "we don't know how it's going to end, there is never any certainty. When I think about these numbers, it's amazing, but summing this entire day up in one number is impossible for me."

Shiffrin was "really proud of this whole season" after winning Saturday's slalom. She built a lead of a full second in the opening run and ultimately won by 0.77 ahead of Anna Swenn Larsson of Sweden, who earned her first podium in her 100th World Cup start.

Wendy Holdener of Switzerland was 1.15 behind in third for her 20th career slalom podium without winning — a World Cup record.

"I skied nice and soft in the first run but that was the wrong mindset." Holdener said. "I learned again, I have to give full gas. I think I have learned that for the world championships. I have nothing to lose."

Olympic slalom champion Frida Hansdotter of Sweden was 1.34 behind in fourth, while Shiffrin's main rival, Petra Vlhova of Slovakia, was second after the opening run but dropped to fifth, 1.70 off the lead. It was the first time Vlhova missed a slalom podium this season.

Shiffrin bettered her best mark from last year of 12 victories in a single season. Only Swiss great Vreni Schneider has won more races in a one season — 14 in 1988-89.

With five technical events, two super-G races and an Alpine combined event remaining after the worlds, Shiffrin is a strong favorite to overtake Schneider.

"I think, for some people watching it feels like I am used to it but I'm not," Shiffrin said after winning two races in two days, following her shared victory with Vlhova in Friday's giant slalom.

"It's always a fight. Every race is a fight. There is always something that I have to battle: it's the other racers, it's the conditions, it's also my own mentality."

Shiffrin certainly had to overcome tough conditions on Saturday, a day after receiving physical therapy following the GS. Spring-like weather with mild temperatures softened the top layer of the Radvanje course.

"It was quite warm today," she said. "The second (run) was pretty OK but for sure I was trying to control a bit what I was doing."

Winning both races made the American the obvious winner of the Golden Fox, a prize local organizers award to the best skier of the weekend, adding the GS and slalom results.

Shiffrin also won both the GS and slalom last year, when weather forced organizers to move the race to another Slovenian resort, Kranjska Gora.

"It's cool. It's something unique," Shiffrin said. "The first time I won the Golden Fox (in 2015) I was thinking, 'Oh yeah, I am starting to be more than just a slalom skier.' That was a nice thing."