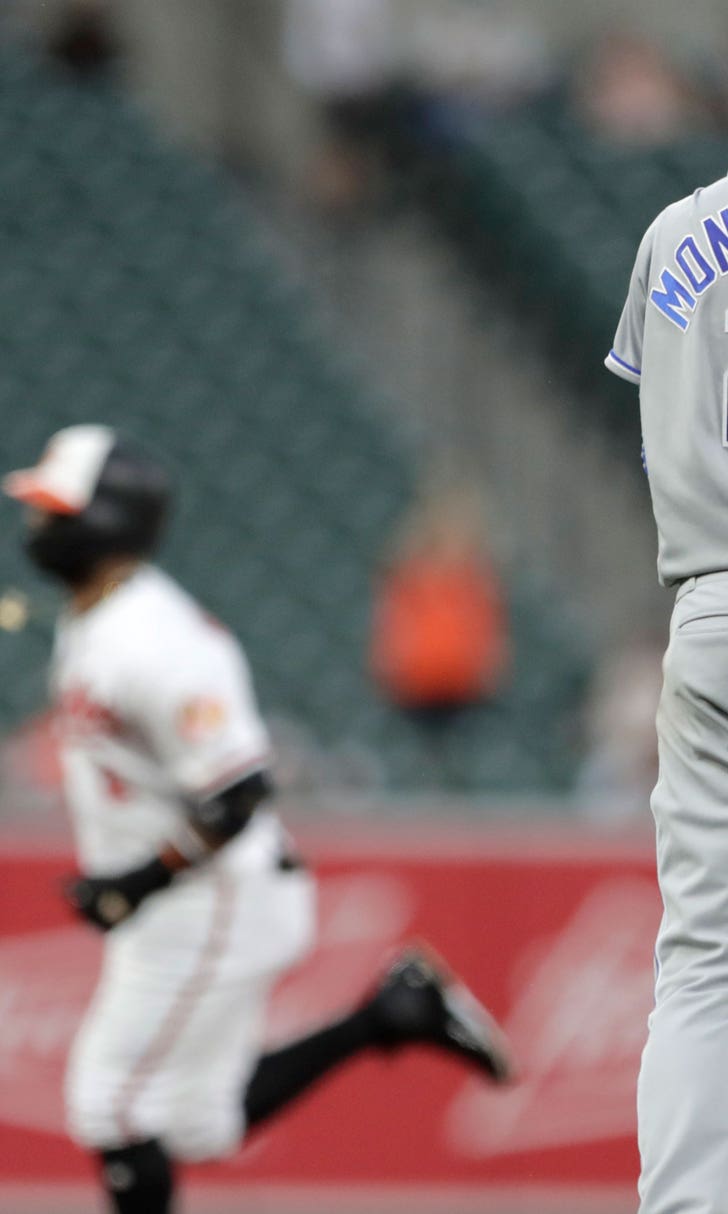 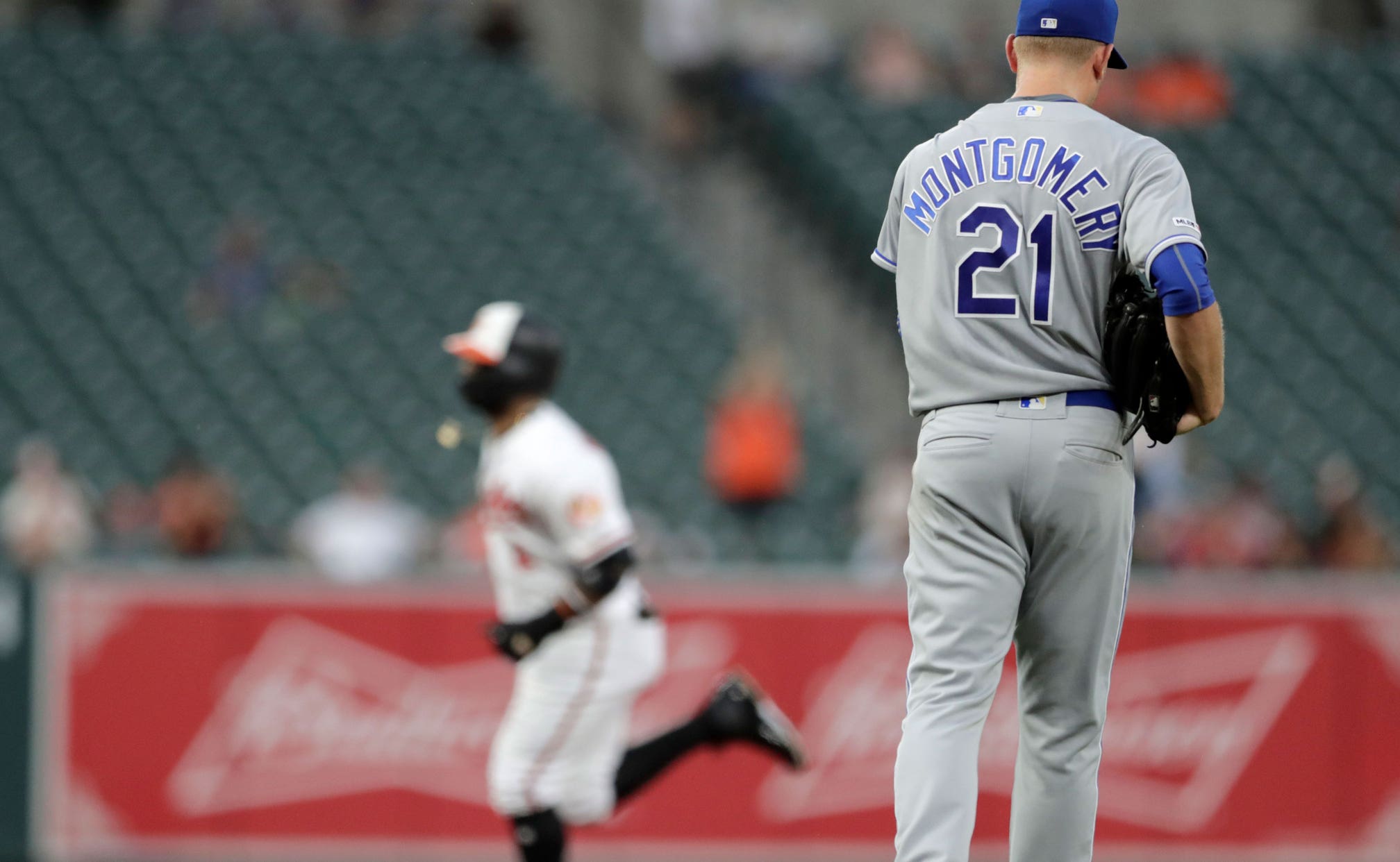 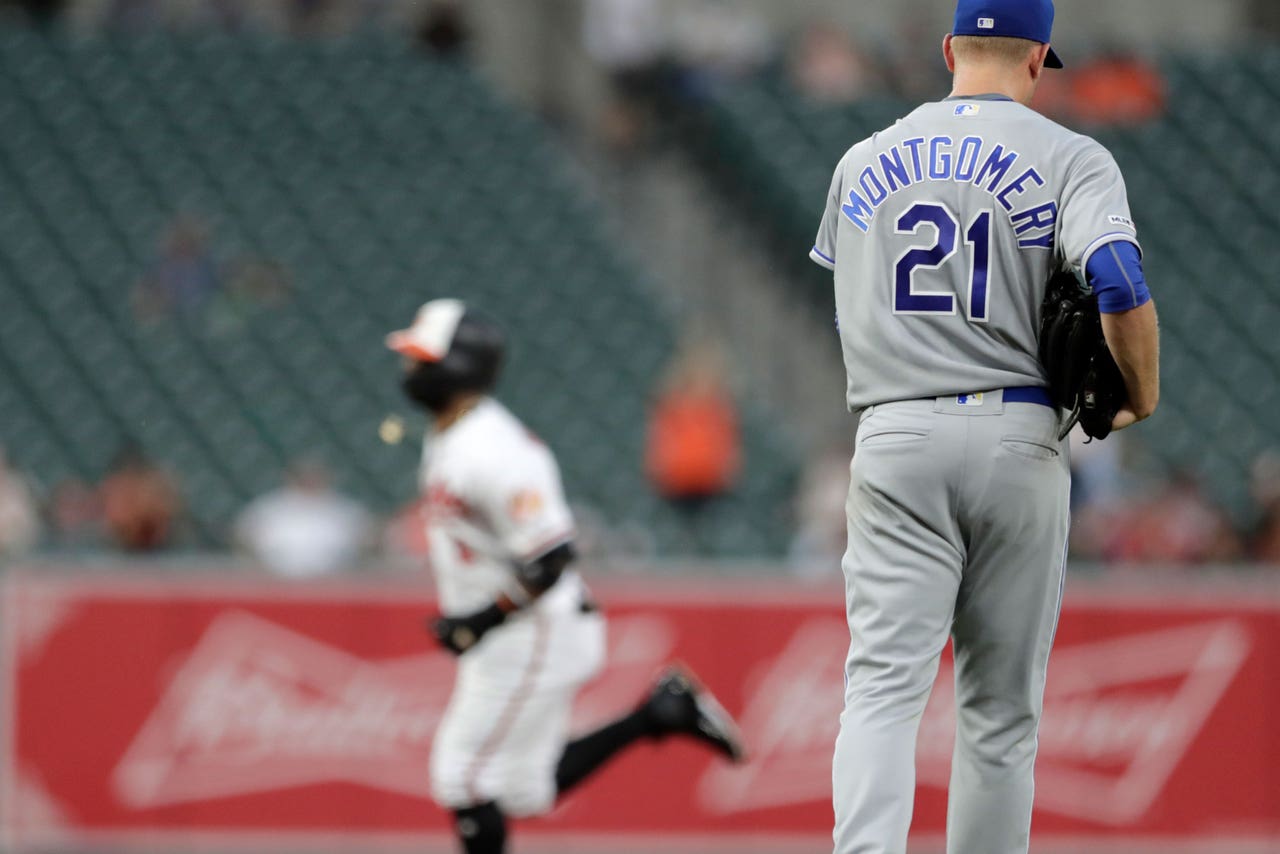 BALTIMORE — In his trying first season as the Orioles' manager, Brandon Hyde was not the least bit concerned about his team tying a dubious record on a night it cruised to an easy win.

Baltimore matched a major league mark by allowing its 258th homer this season, but the Orioles hit four of their own in an 8-1 victory over the Kansas City Royals on Wednesday night.

"We've given up a ton of homers," Hyde said. "What's the record ... 258? So, if it's 259 or 330, I don't care. I just want us to get better on the mound and obviously finish this year and go into next year trying to do a better job of keeping the ball in the ballpark and staying off the barrel, but home runs are up. ... We're all tired of seeing them, and hopefully we can get better going forward."

Anthony Santander and Renato Núñez hit back-to-back home runs in the fifth inning for Baltimore, which won its first series since July 25-27 at the Los Angeles Angels.

Jonathan Villar opened the scoring with a two-run shot, while Hanser Alberto put the game away with a three-run blast in the sixth.

Whit Merrifield homered leading off the third for Kansas City. The 2016 Cincinnati Reds owned the previous record for home runs allowed in a season, but the Orioles have 35 games to surpass them.

Long balls have hampered Baltimore throughout the year. The Yankees hit 61 homers off Orioles pitching this season, a record for one team against another.

Aaron Brooks (3-7) picked up his first win in eight starts with the Orioles since being claimed on waivers from Oakland on July 6. He allowed one run and seven hits with four strikeouts over five innings. It was also his first win since April 11.

"For me, coming over to a new organization, I wanted to show positive movement forward and competitiveness," Brooks said. "I feel like I'm finally moving towards that part of my game again. It feels good."

Villar put the Orioles ahead 2-0 in the second with his homer off Mike Montgomery (3-6), whose streak of 14 consecutive scoreless innings was snapped. Stevie Wilkerson later hit an RBI double. He finished with a career-high three hits.

"Credit them," Montgomery said. "They had a good game plan, they did a good job of making me work, chasing pitches that I wanted them to chase. I wasn't executing pitches as well as I have the last few weeks, but that happens. They did a good job, just trying to battle."

Santander and Núñez, who hit his 28th homer, made it 5-1 in the fifth, and Alberto increased the margin in the sixth.

"It feels good when you're on the winning side," Alberto said.

The Royals fell to 1-11 in rubber games this year.

The Royals have scored one or zero runs in 25 games this season, third most in the majors.

Royals: SS Adalberto Mondesi (shoulder) was fine after a rehab assignment Tuesday with Triple-A Omaha. Mondesi, who served as DH, was scheduled to play three to five innings in the field Wednesday. ... Manager Ned Yost hasn't decided whether LHP Danny Duffy (left hamstring strain) will return to the rotation this weekend. Duffy threw 65 pitches in a simulated game Tuesday. "We could either have him do a live rehab or put him back in the rotation," Yost said.

Orioles: OF Dwight Smith Jr. (left calf strain) started in left field at Triple-A Norfolk on a rehab assignment Wednesday after serving as the DH the prior two games.

Royals: Resume a suspended game Thursday in Boston with a 2-1 count on catcher Meibrys Viloria in the top of the 10th inning. The teams were tied 4-4 before the game Aug. 7 was interrupted by rain. Zach Plesac (6-4, 3.53 ERA) starts the opener Friday in Cleveland against Jakob Junis (8-11, 4.78).