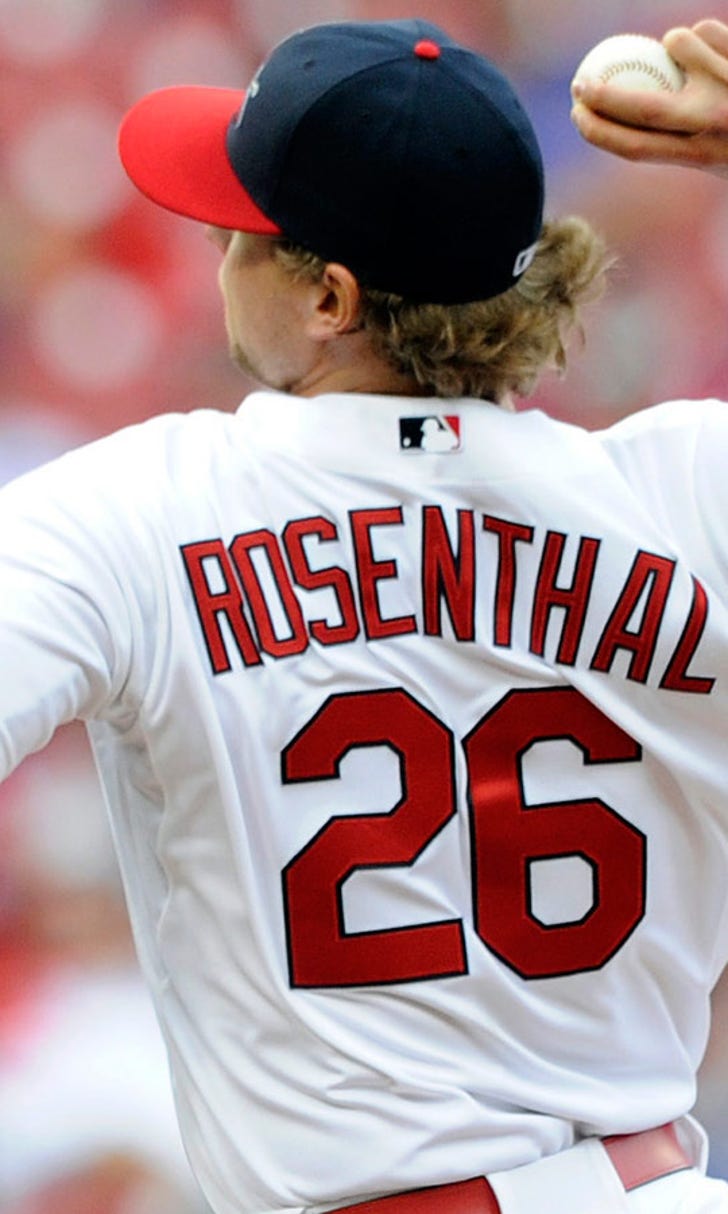 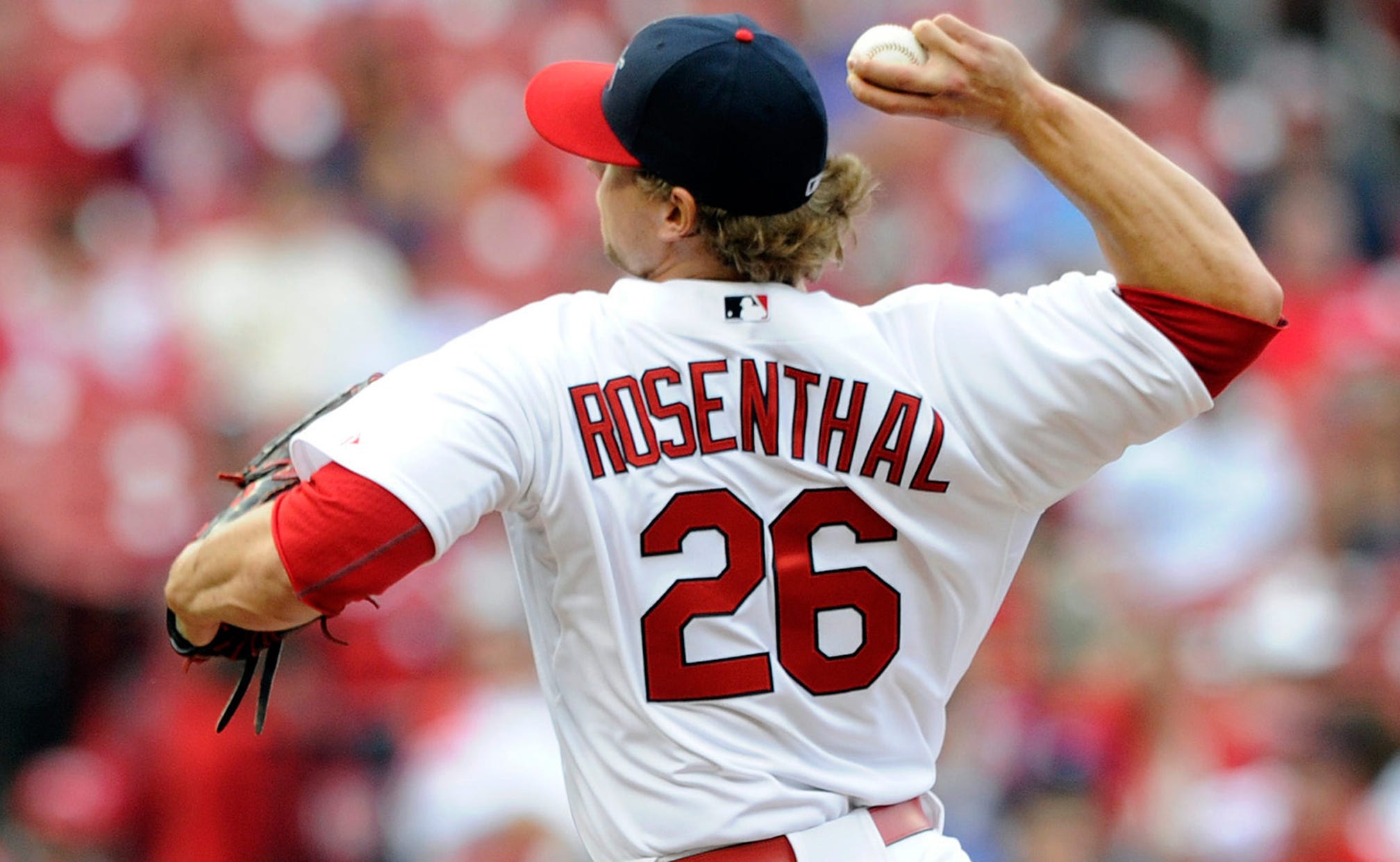 Rosenthal's velocity drop is worth noting but not obsessing over 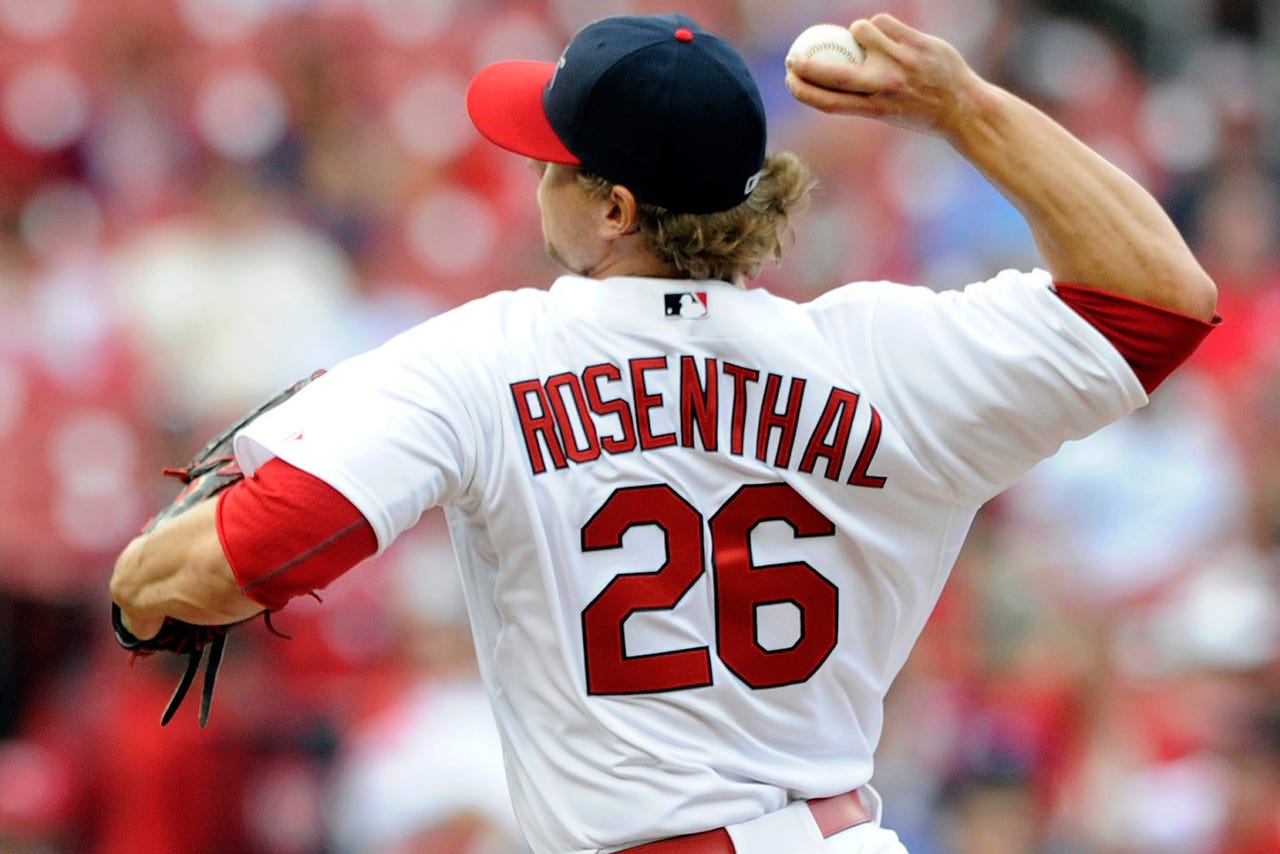 ST. LOUIS -- Of the 25 pitches Trevor Rosenthal threw against the Cubs on Sunday, 17 were fastballs. Of those, only one was timed as slow as 95 mph. Twelve registered at 96 mph, three at 97 and one at 98, according to mlb.com's play by play.

But despite throwing with greater speed than most pitchers in the big leagues, there's concern about diminishing velocity of the Cardinals' closer? Really?

Well, yes. When you build your reputation on throwing 100 mph, a 3-4-mph dip becomes news. This wasn't the first time a decline was noticed, either. Two nights earlier, Rosenthal threw 22 pitches and not one was recorded faster than 96 and five came in at less than 95. He also was tagged for a three-run homer that sent the Cardinals to a 6-3 loss. For the young season, Rosenthal's fastball is averaging 95.7 mph, down from 97.3 in 2013, according to fangraphs.com.

"Yeah, we noticed it," Cardinals manager Mike Matheny said about the drop Sunday. "But he's still hitting 96 and that's nothing to turn your head to. But there's a couple (mph) off there that he would normally have."

Matheny added that Rosenthal's showing is "nothing to be that alerted to," and said the young right-hander might be enduring the equivalent of a hitter's slump. "Guys go through all sorts of different phases throughout the season," Matheny said. "There's some guys who just don't feel like they have the life early on."

Rosenthal had the life very early on in spring training. He hit 100 mph on the final pitch of his first spring outing, and the reading was legit because the Cardinals' own radar had him timed as fast as the board at Roger Dean Stadium. His spring debut was delayed a week (groin), but once he started pitching in exhibitions, Rosenthal looked very much like the Rosenthal who roared through the postseason without being charged with a run in 10 outings.

Rosenthal on Sunday insisted he feels fine and even seemed perplexed that his velocity was being questioned. "I'm just worried about throwing strikes," he said. "I've never been worried about the velocity, but yeah, I feel good."

Perhaps Rosenthal has lost a bit on his fastball because he's focusing more on his other pitches. Instead of just raring back and bringing triple-digit heat, he's throwing more breaking balls and working to pinpoint his command. His secondary stuff is coming along, too, according to his manager.

"From the side, it looked like some of his breaking pitches were better than what we've seen so far this year, which is encouraging," Matheny said. Two of the three outs Rosenthal recorded Sunday came on breaking pitches.

If Rosenthal is, in fact, making some kind of transition, a few tough times can be expected. He might be able to dominate relying on his fastball for a while but sooner or later, he would have to adjust. Often when pitchers round out their arsenal, they lose a couple of mph on their fastball because they no longer bring it with max-effort delivery.

Rosenthal also could be sacrificing a bit of speed to improve his command, but because he's not putting the 96 mph exactly where he wants, he's getting hit around. When you throw 100, you can miss your spot and still miss the bat.

"He's just not as sharp," Matheny said. "Then he does have a real nice start (to Junior Lake's at-bat), gets 0-2 and leaves (a slider) too much in the middle of the plate (that's hit for a triple). That's just execution. When you're not sharp, you're not making the pitches on the part of the plate that you need to. You're making more in the middle. That's probably the issue as much as anything -- that, combined with a little bit lack of velocity."

Rosenthal basically shrugged and downplayed his struggles after a weekend during which he gave up four hits and four runs in three innings, leaving him with a 7.36 ERA.

"It's part of the game. It happens," he said. "I'd like to go out there and throw three pitches every time, but sometimes you have to battle a little bit and things don't go your way."

You can understand why Rosenthal would not be bothered at this point. He is just 23, beginning his first season as a closer and, after all, he has converted all four of his save chances. Even the loss he took Friday came in his second inning of work after he had been allowed to bat in the bottom of the 10th with the potential winning run on second and two out. Anyone could have been thrown off his game after dealing with such a situation.

"He just needs to get a little confidence going, make those tough pitches when he needs to," Matheny said. "It's not a time to panic."

Not yet. But another rough outing or two and concern would rise as quickly as a 100-mph fastball.