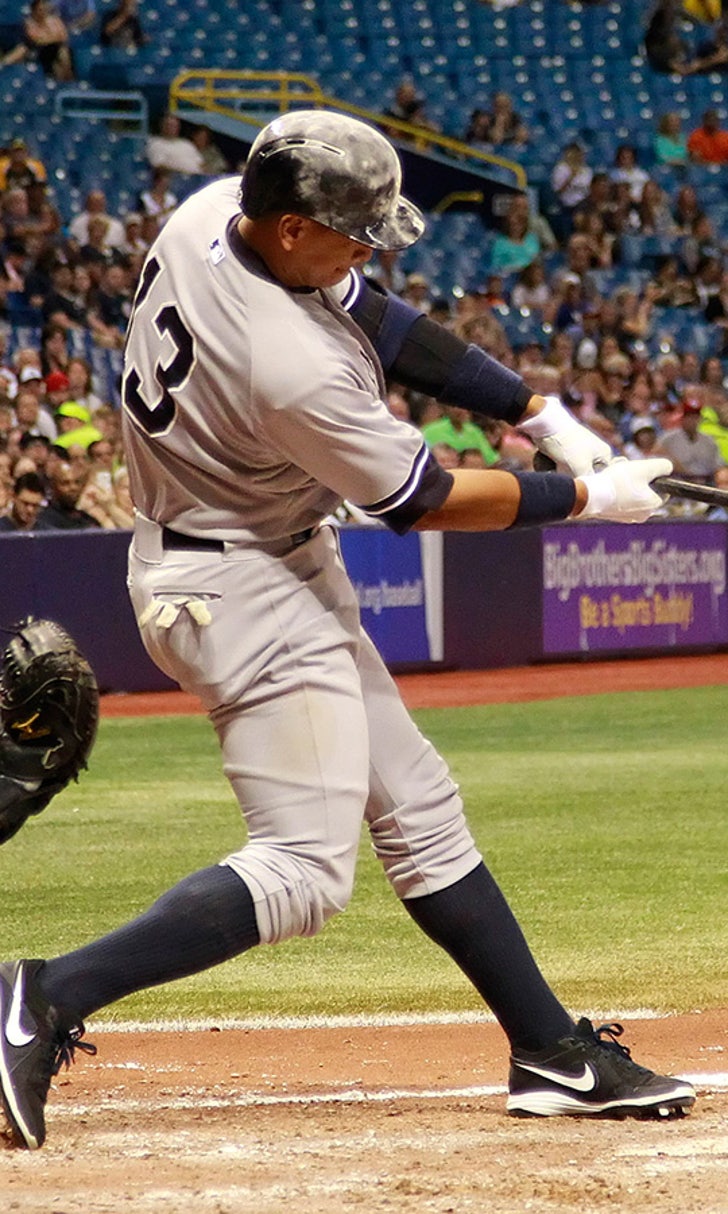 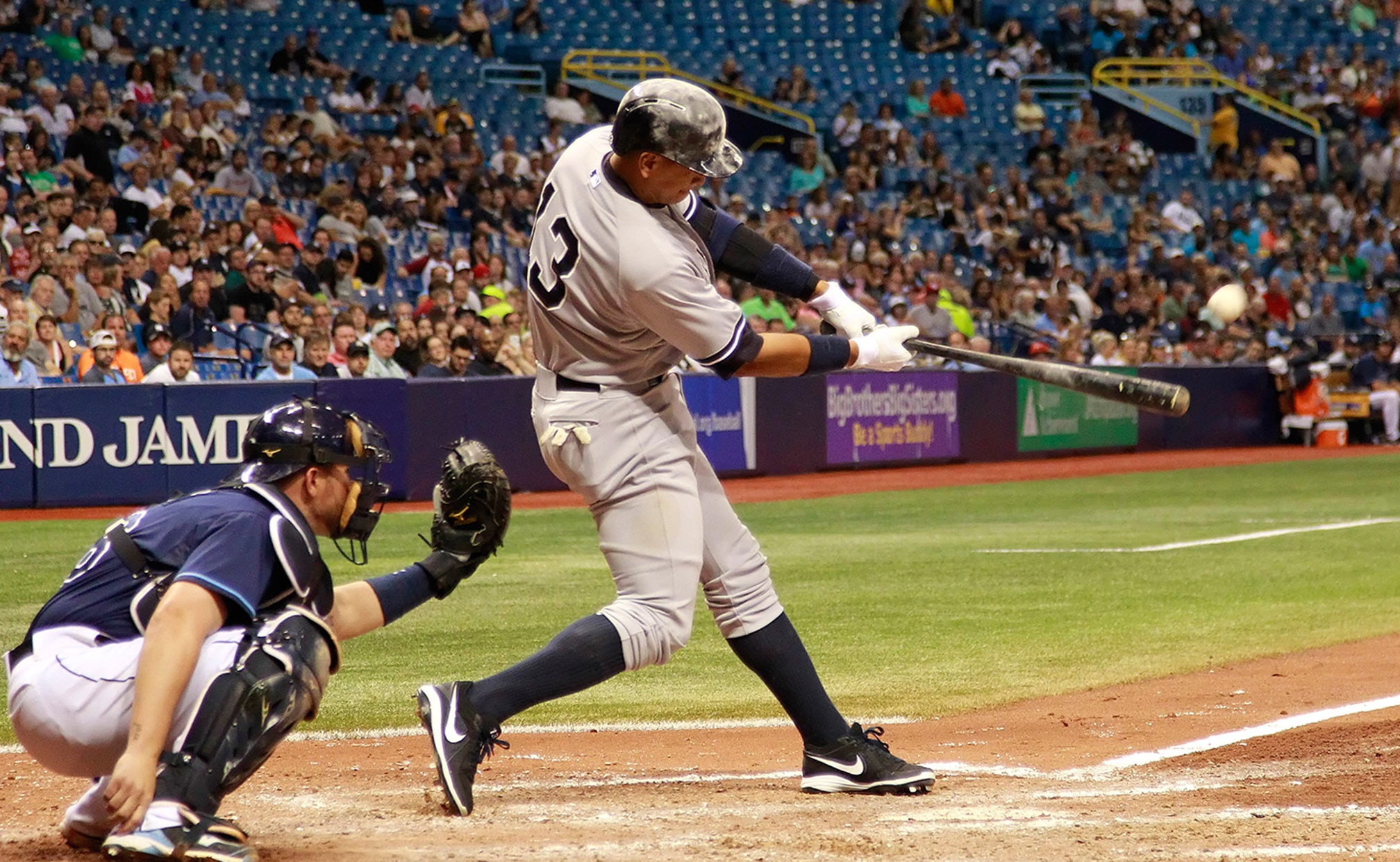 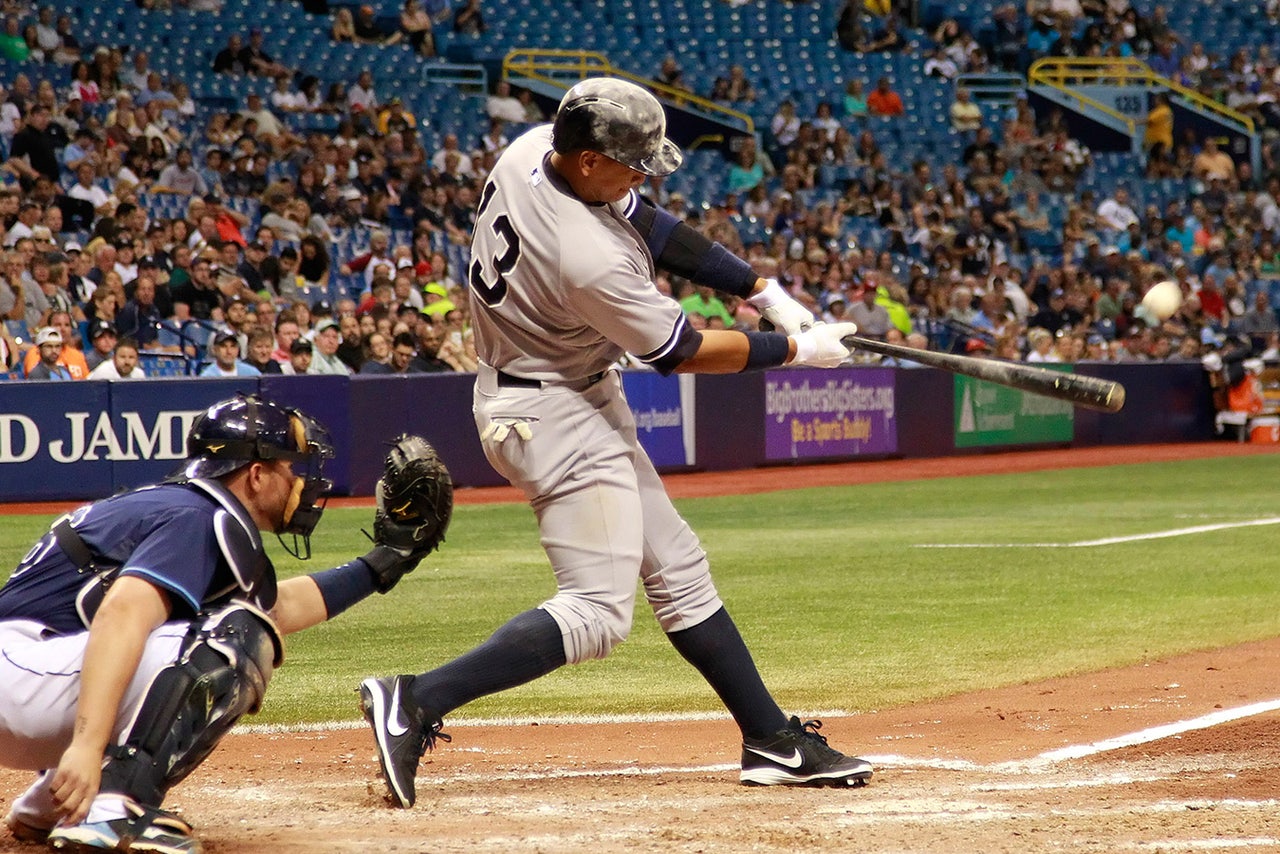 ST. PETERSBURG, Fla. (AP) -- The Tampa Bay Rays threw one too many pitches to Alex Rodriguez on Friday night.

Rodriguez hit a solo shot in the second, driving an 0-1 pitch from Nathan Karns an estimated 471 feet to center. He connected again in the sixth, hitting a two-run drive to left against Ernesto Frieri for homer No. 658 -- two shy of Mays for fourth place on baseball's career list.

Rodriguez, who missed last season because of a drug suspension, hit a tiebreaking RBI single in the eighth against Kevin Jepsen (0-1).

"He's definitely still a tough at bat, and tonight he killed us," Jepsen said.

Brett Gardner, who came in to run for Carlos Beltran after his leadoff single in the eighth, stole second before Rodriguez singled to center with two outs.

"Not at all," manager Kevin Cash said. "With Kevin Jepsen on the mound, we'll pitch to anyone in baseball."

Said Rodriguez: "It went through my mind, but he's got great stuff."

"He's got me out plenty in his career. I simplified my at-bat. I knew with a single, we had action."

Jepsen was aware of his past history with Rodriguez.

"I've had good success against him. I still think I made a good pitch and he had a great hit. He kept his hands back and went the other way," he said.

"If he tries to pull that ball, he rolls over and he's out. It's one of those situations where I tip my hat," he said.

It was Rodriguez's first multihomer game since May 23, 2012, and No. 61 for his career. He also moved past former teammate Derek Jeter for ninth place on the runs scored list with 1,925.

After Dellin Betances (2-0) threw a scoreless inning, Andrew Miller got four outs for his third save.

Allan Dykstra and Logan Forsythe hit consecutive homers in the fourth to give Tampa Bay a 4-2 lead. Dykstra had been 1 for 15 this season before hitting a three-run drive off Adam Warren for his first major league homer.

Stephen Drew put the Yankees up 2-0 in the fourth with his 100th career homer.

Rays third baseman Evan Longoria went 1 for 3 and walked once while serving as the designated hitter. He left Thursday night's game at Toronto in the eighth inning with a bruised left hip after getting hit by a pitch.

Rays: RHP Jake Odorizzi (2-0, 0.61 ERA) gets the ball for Tampa Bay. He has won consecutive starts of six-plus innings, two or fewer hits and one run or less.