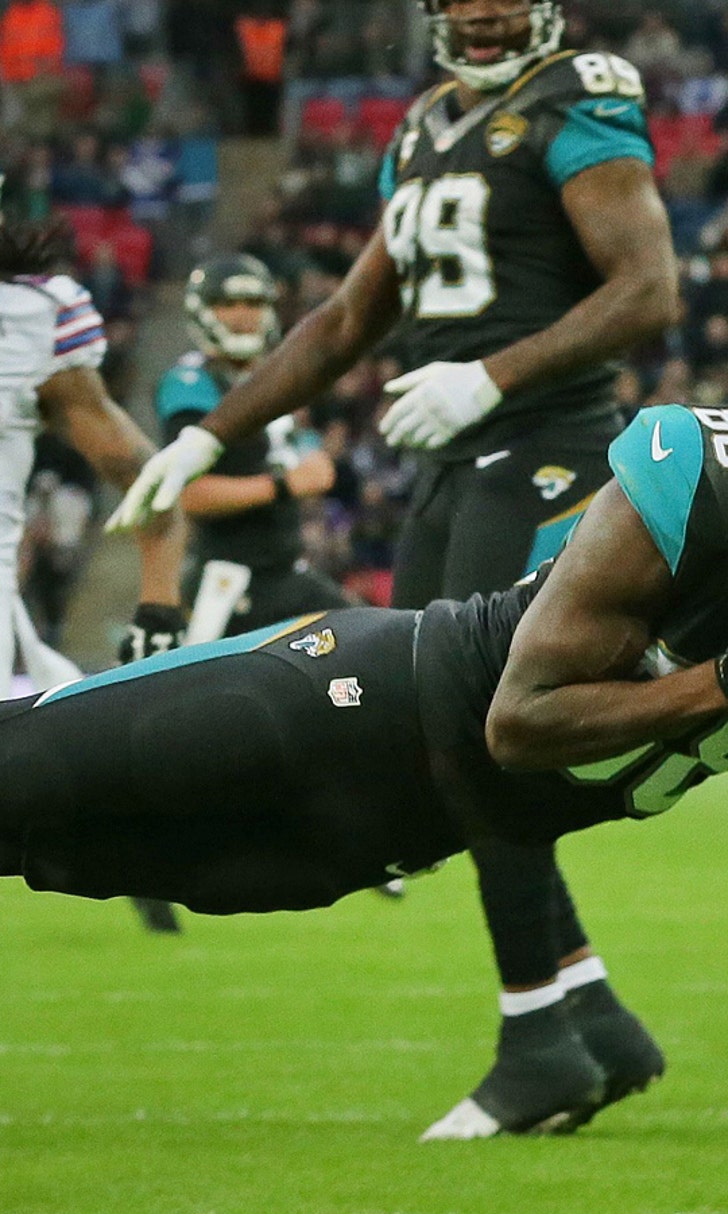 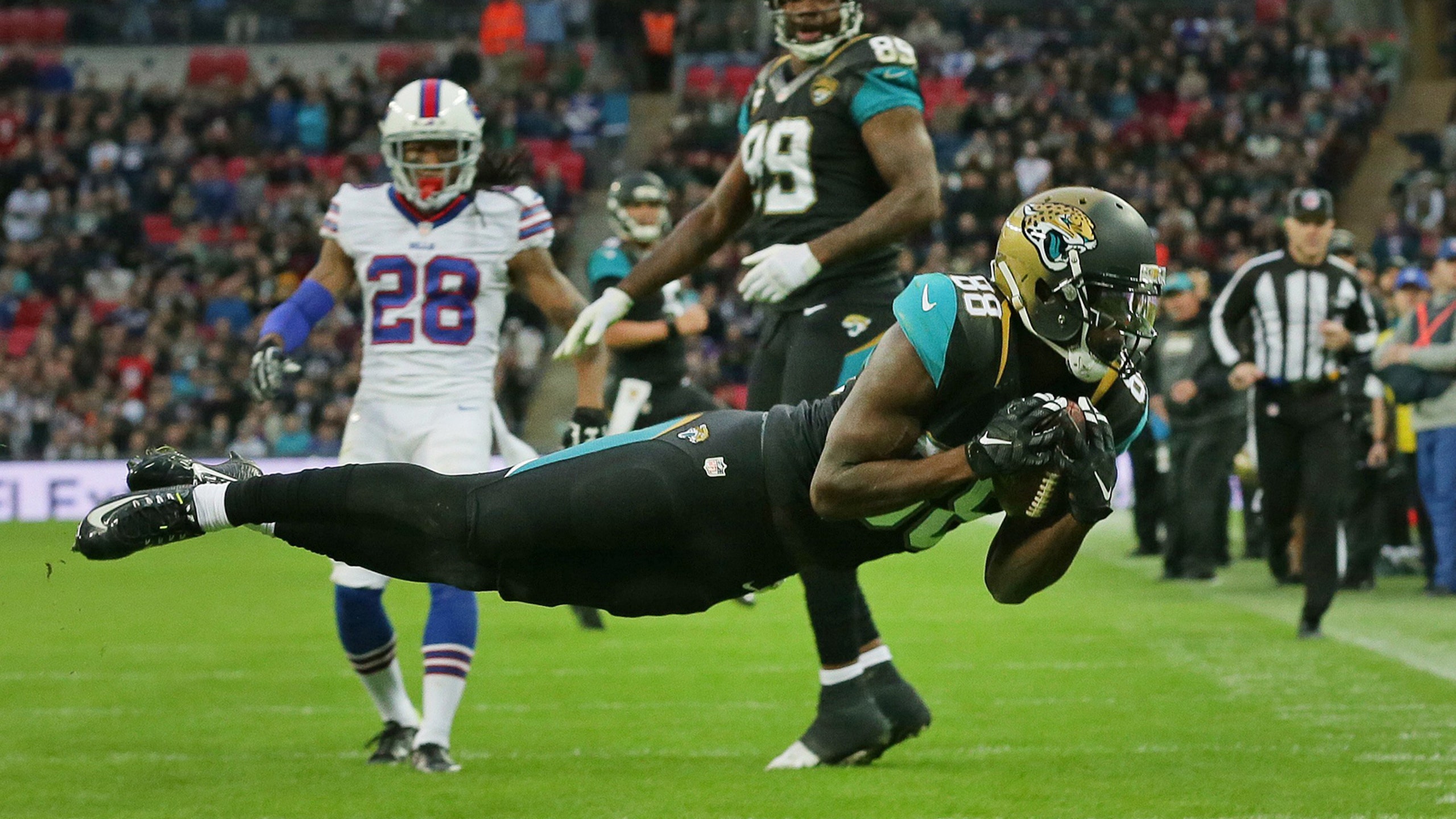 Refreshed Jaguars have something to play for in November 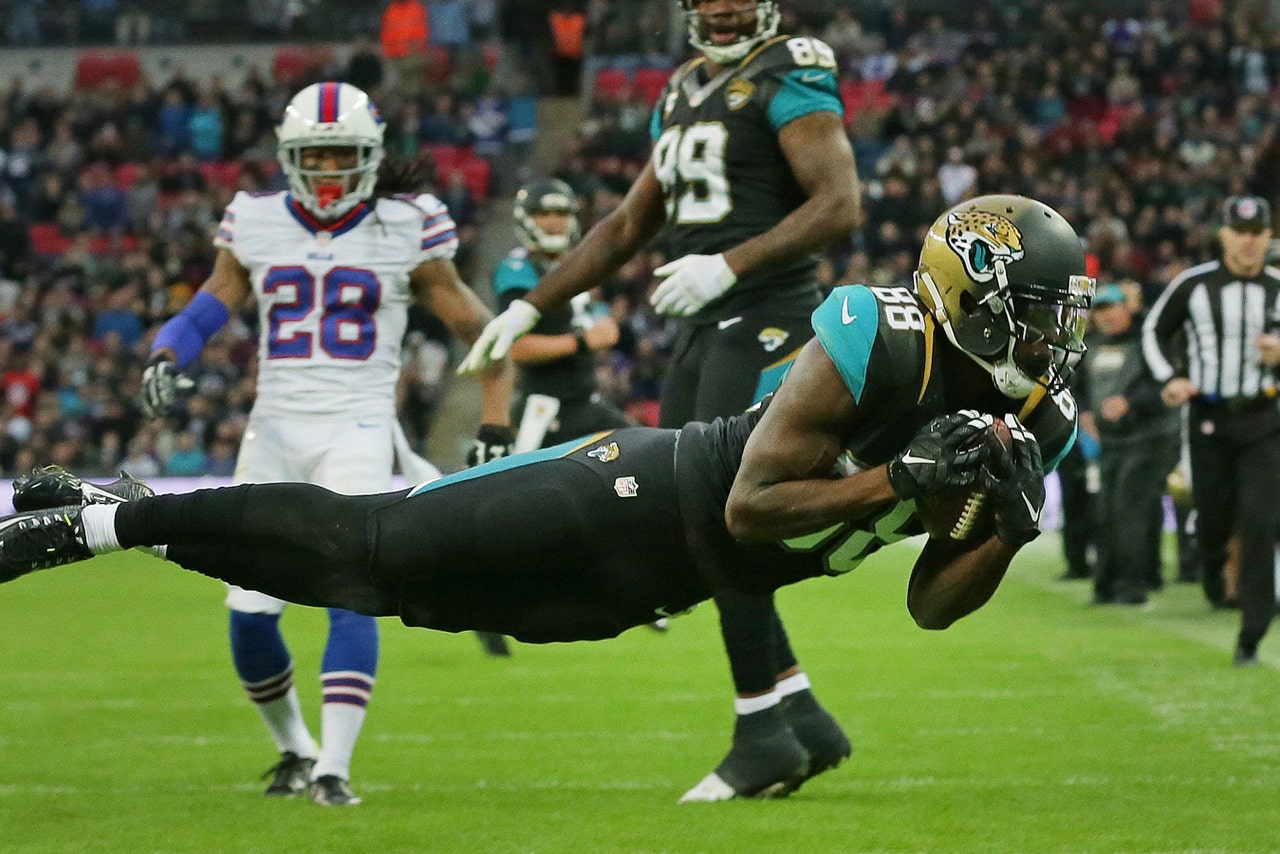 JACKSONVILLE, Fla. (AP) -- The Jacksonville Jaguars have something to play for in November.

It's a position the Jaguars (2-5) haven't been in since 2010 and one coach Gus Bradley openly mentioned during a team meeting Wednesday.

"Oh man, it seems like they're just handing us the AFC South, you know what I mean?" veteran defensive tackle Sen'Derrick Marks said. "For us, we've got to take advantage of it. ... It's really there for anybody to take. We've got to make sure we can go and take it."

Coming off a bye week, Jacksonville is a game behind division leaders Indianapolis and Houston. The Jaguars play at the reeling New York Jets (4-3) on Sunday, and then play five consecutive games against teams with a losing record.

"It's an unbelievable opportunity," quarterback Blake Bortles said. "I don't think we look at it any differently than if we were 0-7 or 7-0. We treat this game the same way. I think that's the culture and the mindset that everybody has. So I think obviously we're fortunate enough to be at 2-5 and in the talk, right? The guys do a good job of making sure that this is our championship game just like it is every other week."

Considering the Jaguars won a combined four games in the months of September and October between 2011 and 2014, being in the mix feels pretty good.

And they know they collapsed down the stretch in losses to Indianapolis, Tampa Bay and Houston. They nearly did the same 10 days ago in London, but managed to escape with a 34-31 victory against Buffalo that made the bye week considerably more enjoyable. Jacksonville led 27-3 early and trailed 31-27 late before pulling out their first win in three trips across the pond.

It kept the Jaguars in the thick of the lowly AFC South.

Bradley decided to bring it up and then move on.

"I didn't get into standing and all that," he said. "I'm sure they all know that. I did talk about the opportunity that we have. I acknowledged that in front of the team. I think there's talk about. Yeah, that great. It's a great opportunity. So we acknowledged it and ... then just went back to work. It's pretty good, though. It's pretty cool for the team."

Making Jacksonville more optimistic about the second half of the season is the team's health. The Jaguars used the extra down time to get tight end Julius Thomas (hand), receiver Allen Hurns (groin/thigh) and safety James Sample (shoulder) closer to full speed. Marks (knee), fellow defensive lineman Andre Branch (knee) and linebacker Paul Posluszny (ankle) also should benefit from the week of rest.

Rookie receiver Rashad Greene, who is on short-term injured reserve, practiced for the first for the first time since tearing a ligament in his right thumb Sept. 20 against Miami. Greene is on schedule to play Nov. 19 against Tennessee.

The most significant injuries the Jaguars have are to receiver Marqise Lee (hamstring), safety Josh Evans (groin) and left guard Zane Beadles (foot).

So they're relatively healthy and certainly happy to be in the hunt in the division.

"I don't think there's a whole lot of reason to talk about it," Bortles said. "I think everybody knows it's there, everybody realizes what's going on in the big picture and it kind of shows the character and personality of this team that it doesn't bother us. We're fine, we're able to stay on task and continue to trust our process and go through each week."

Jacksonville Jaguars
share story
those were the latest stories
Want to see more?
View All Stories
Fox Sports™ and © 2021 Fox Media LLC and Fox Sports Interactive Media, LLC. All rights reserved. Use of this website (including any and all parts and components) constitutes your acceptance of these Terms of Use and Updated Privacy Policy. Advertising Choices. Do Not Sell my Personal Info