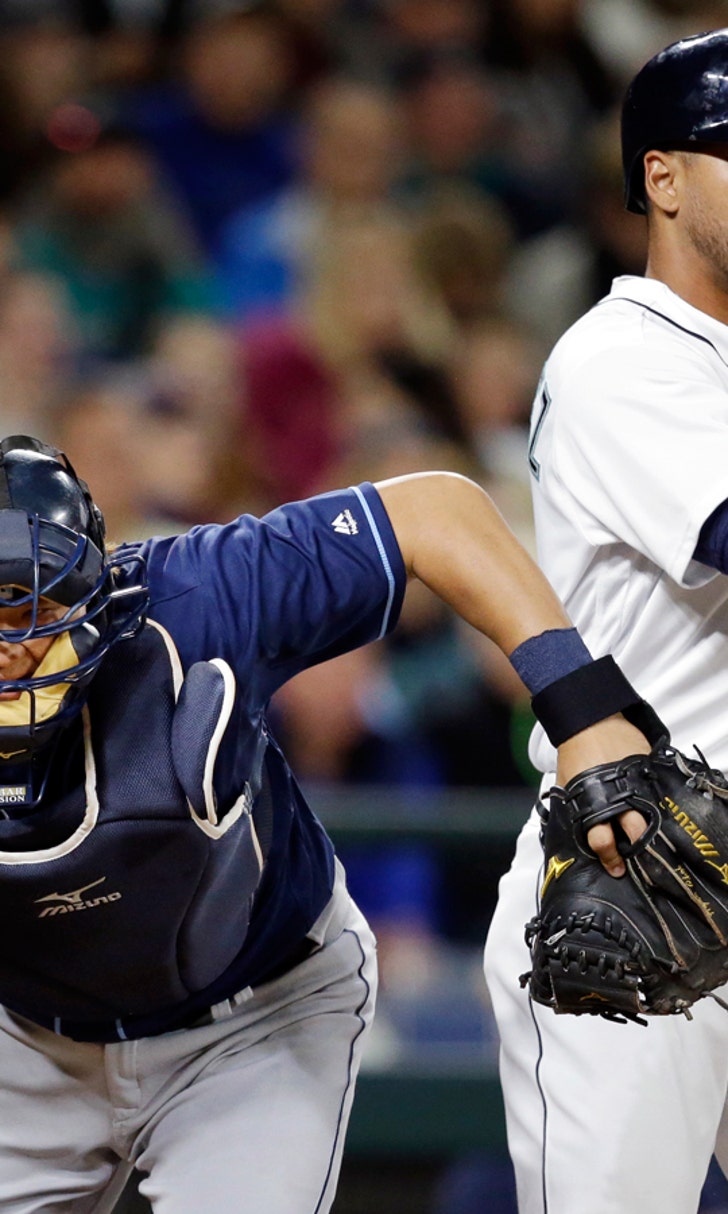 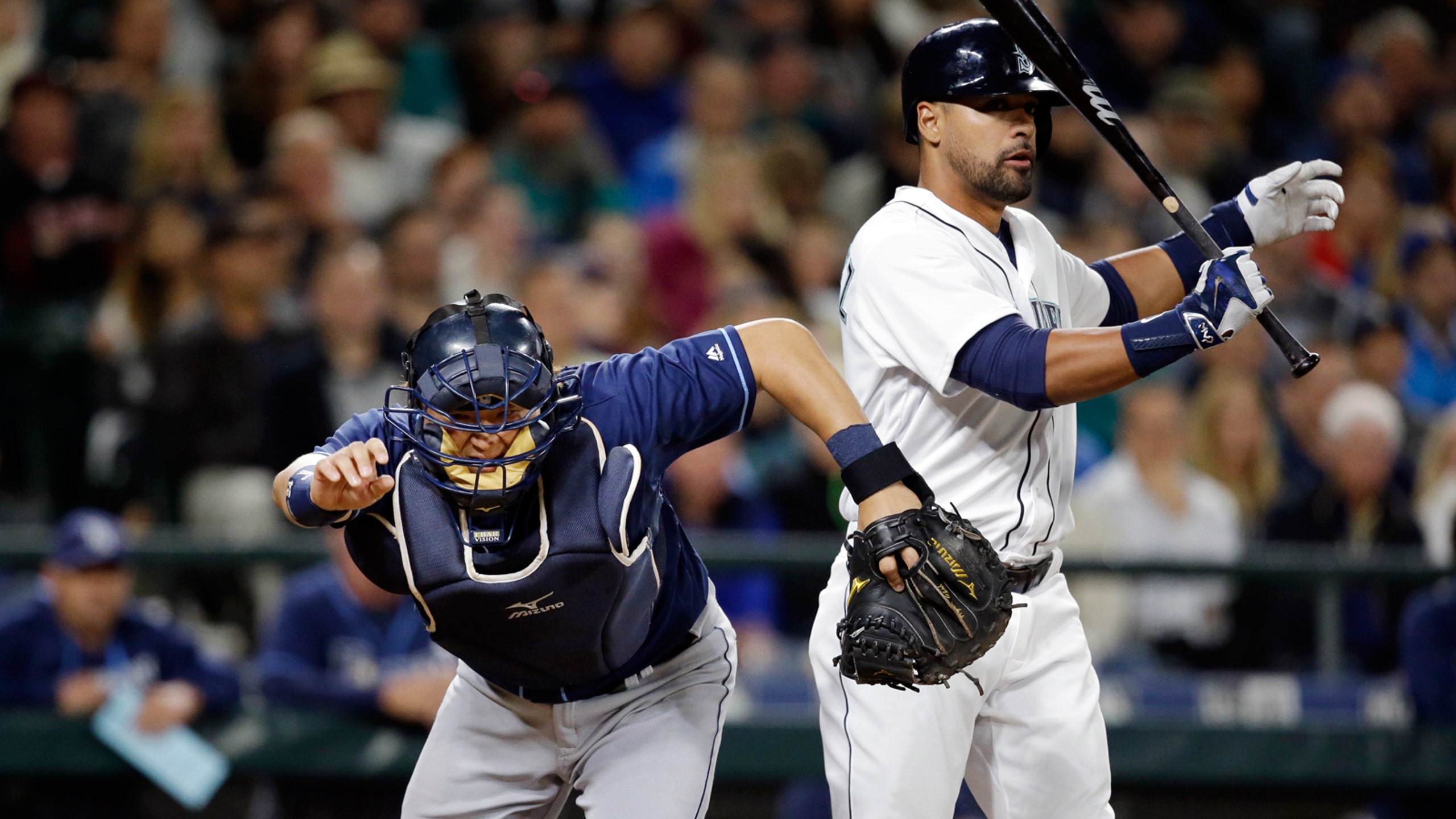 Rays tag Felix Hernandez for 2 HRs but fall to Mariners 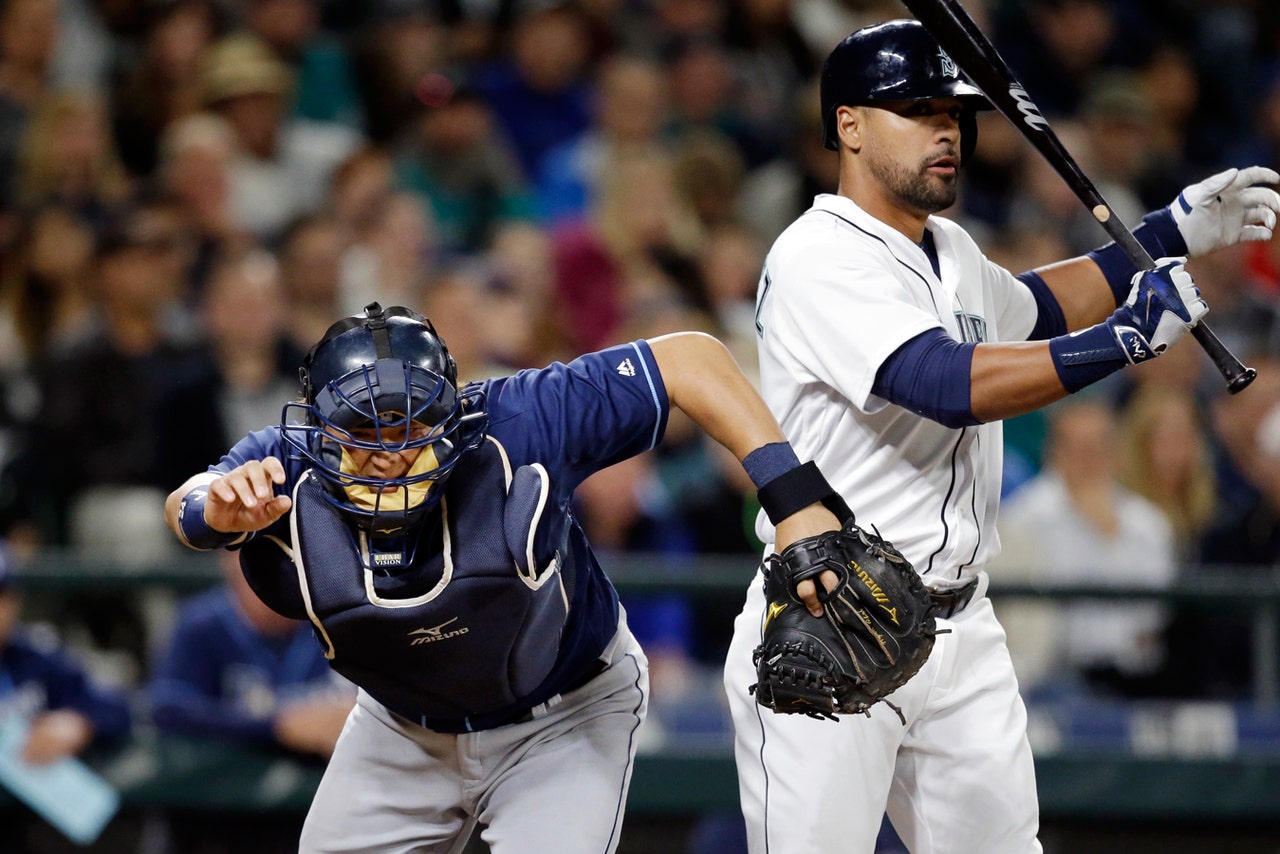 SEATTLE (AP) -- Felix Hernandez finally took his spot as the Seattle Mariners' career leader in wins, thanks to a big night from Ketel Marte.

Marte hit a tiebreaking three-run homer off Steve Geltz and had a career-high four hits to lead the Mariners to a 5-2 victory over the Tampa Bay Rays on Monday night.

Hernandez (3-2) allowed just two runs on four hits over seven innings to pick up the win, the 146th of his career, and move past Jamie Moyer for most in franchise history.

"It means a lot," Hernandez said. "It's an honor to be on top of that list. I'm happy for that. It was a great team effort, great win for us."

Steve Cishek earned his 10th save of the season for Seattle. Dana Eveland (0-1) was saddled with the loss.

"He's gone through a lot in his career. It was great to see him achieve it tonight," manager Scott Servais said.

He might not have without Marte's career night. He went 4 for 5 with two doubles, three RBIs and three runs scored.

"Huge game. That's about all you can do in a baseball game," Servais said.

With the game tied at 2 in the sixth inning, Marte hammered the first offering from reliever Geltz over the right field wall to give the Mariners a 5-2 cushion.

"I was looking for that fastball," Marte said. "I just tried to put my good swing and you see what happened, I got the homer."

The Mariners were 0 for 9 with runners in scoring position before Marte's homer, his first of the season. His three RBIs matched a career high.

"It took us to his third at-bat to figure out it didn't matter where the heater was, he was getting to it," Rays starter Matt Moore said.

Seattle left runners stranded on second and third base in each of the first two innings.

Marte doubled to lead off the third inning and advanced to third on a groundout by Robinson Cano. Marte beat a strong throw home from Kevin Kiermaier to score the first run of the game on Nelson Cruz's sacrifice fly.

"Marte is probably the only guy on our team that scores on that throw," Servais said.

Corey Dickerson homered off Hernandez to lead off the fourth inning, and Evan Longoria added a solo shot in the fifth to give Tampa Bay a 2-1 edge.

Marte scored on a wild pitch from Moore to tie the game at 2 in the fifth inning.

Mariners: RHP Taijuan Walker is expected to be fine for his next start on Wednesday against Tampa Bay. Walker left his last start after two innings due to neck spasms. The issue has subsided in recent days and he was able to throw his normal bullpen session on Monday. ... RHP Joaquin Benoit was expected to throw a light bullpen session on Monday as he works back from inflammation in his right shoulder. Benoit was placed on the 15-day disabled list on April 25 and became eligible for reinstatement on Saturday.

Rays: 2B Logan Forsythe left the game in the third inning and was replaced by Tim Beckham. Forsythe was hit by Hernandez's pitch in the top of the third and remained in the game for baserunning purposes. However, when it came time to take the field, he returned to the dugout with a bruised shoulder. X-rays were negative and he's considered to be day-to-day.

Mariners: Wade Miley (2-2, 4.74) will make his seventh start this season on Tuesday against Tampa Bay. Miley had no decision in his last outing, a 6-3 win at Houston. Miley allowed two runs on five hits over six innings. Miley was 1-2 with a 3.09 ERA in five starts against Tampa Bay in 2015 while with Boston.

Rays: Drew Smyly (1-3, 2.72) had his shortest outing of the season last time out against the Los Angeles Dodgers. Smyly took a no-decision after allowing just two runs on five hits over five innings. Smyly has allowed two earned runs or fewer in five consecutive starts.

Dodgers Win 2020 World Series
The Dodgers came alive late in Game 6, winning their first World Series title since 1988.
October 28, 2020
those were the latest stories
Want to see more?
View All Stories
Fox Sports™ and © 2021 Fox Media LLC and Fox Sports Interactive Media, LLC. All rights reserved. Use of this website (including any and all parts and components) constitutes your acceptance of these Terms of Use and Updated Privacy Policy. Advertising Choices. Do Not Sell my Personal Info