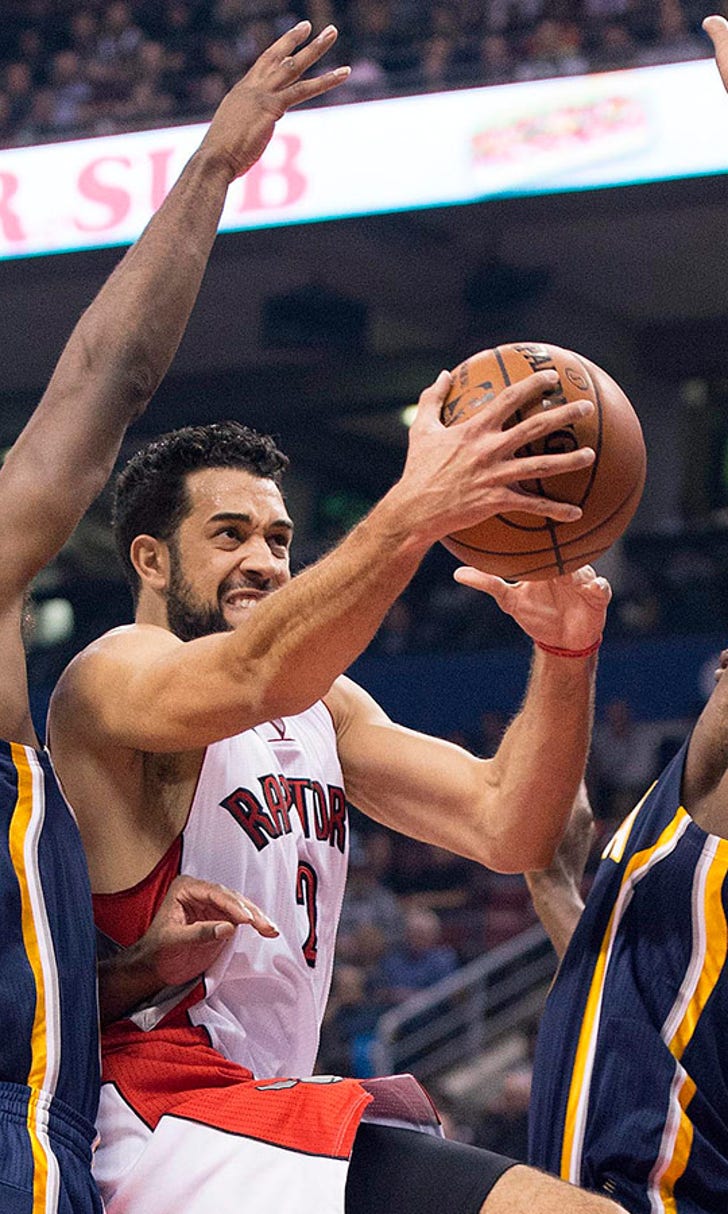 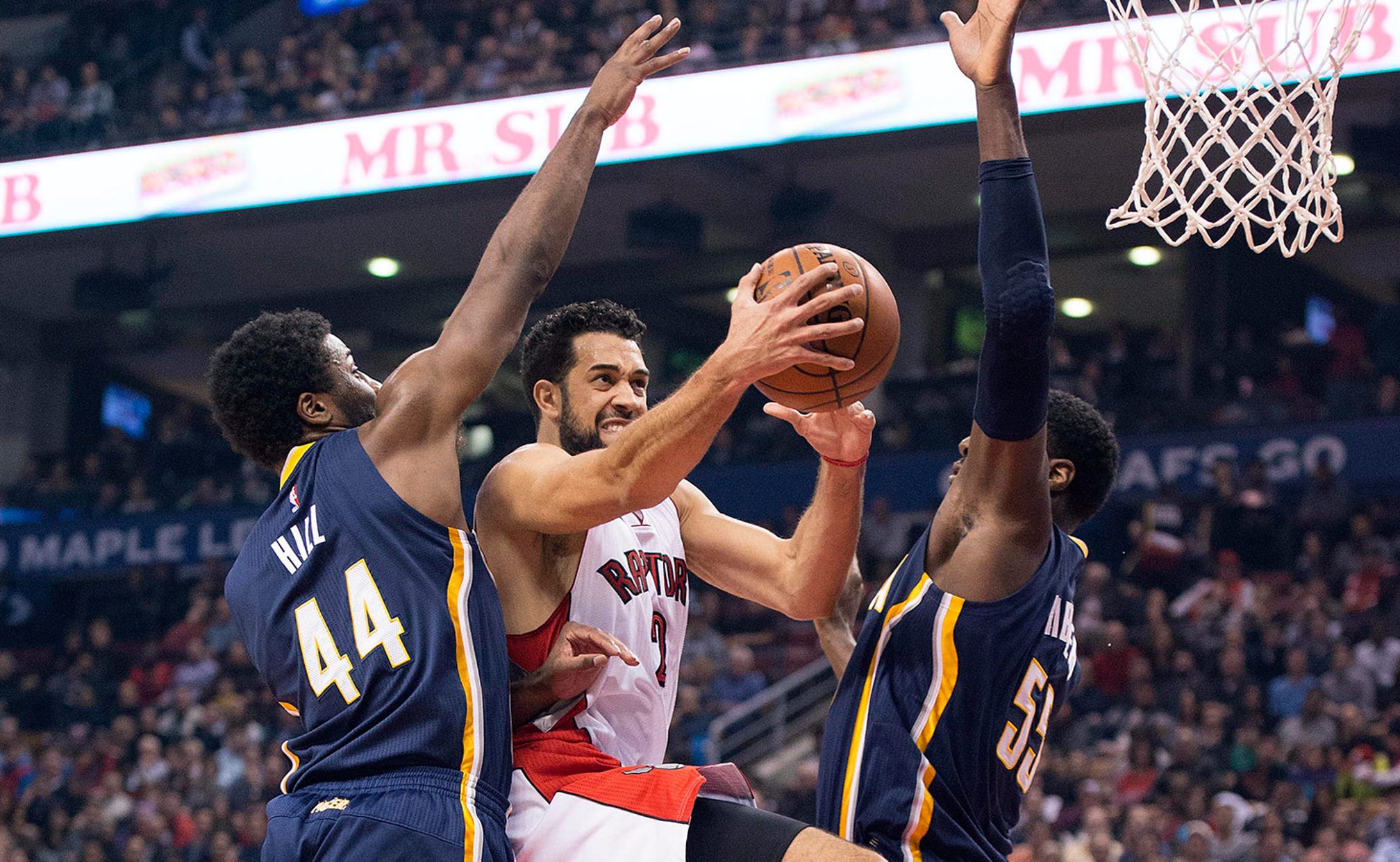 previous story
D-backs' staff might not be done, even after trade
next story
Westbrook's 34 help Thunder get past Timberwolves 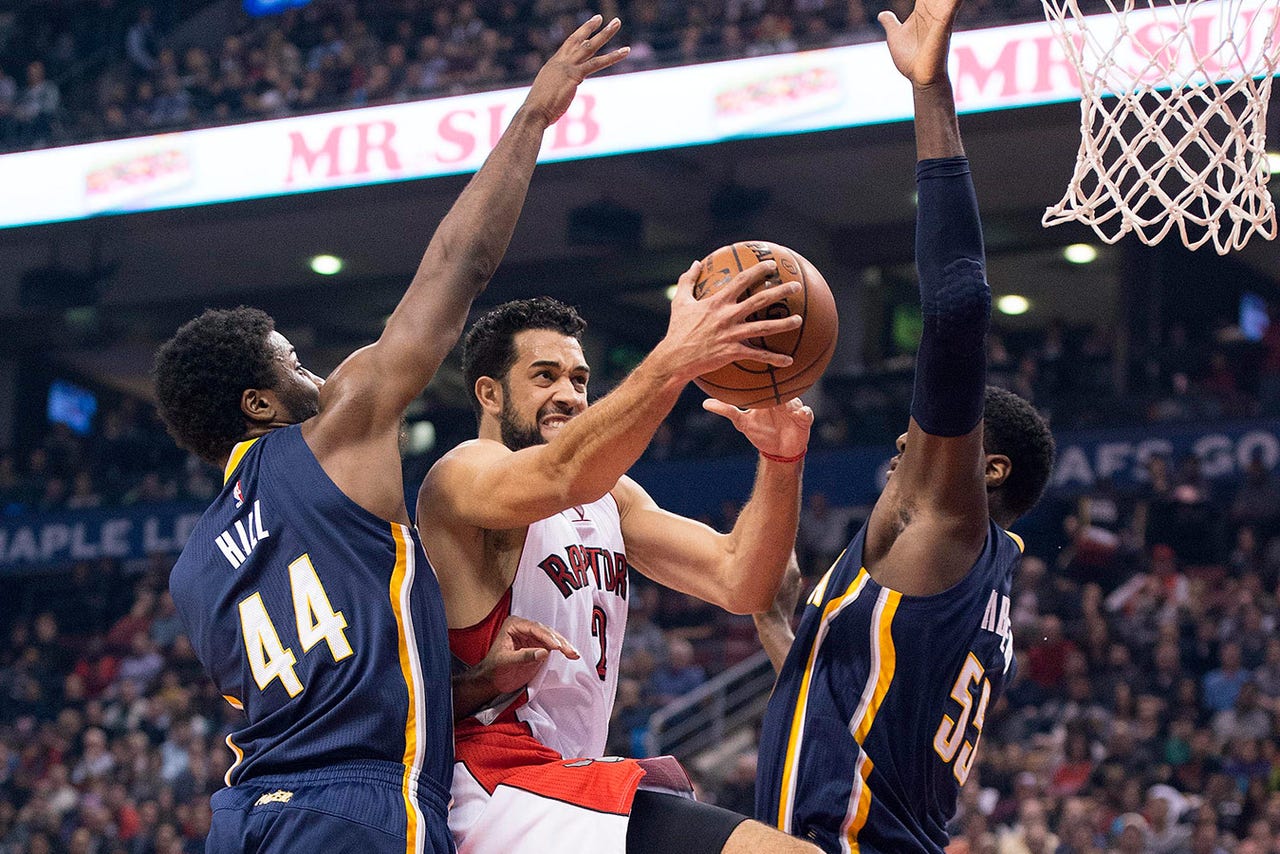 TORONTO -- When it comes time to pick the NBA's best sixth man, the case for Lou Williams will be based on performances like Friday's.

Williams connected on 9 of 18 attempts, including 5 of 7 from 3-point range, and added four rebounds and three assists.

"When Lou is out there and he's playing like that, it's a heck of a show to watch," Raptors guard Kyle Lowry said.

"We've got a lot of guys who could start on other teams," Williams said. "We've accepted the roles of being backups and guys coming off the bench, and we take pride in that."

James Johnson had 13 points, Patrick Patterson 11 and Grevis Vasquez scored seven of his 10 in the fourth quarter as the Eastern Conference-leading Raptors began a streak of six games against teams with losing records. Toronto is 10-1 against sub .500 teams. Its only loss was to the Lakers, 129-122 in overtime, in Los Angeles on Nov. 30.

Solomon Hill scored 16, C.J. Watson and Rodney Stuckey each had 13 and David West 12 for the Pacers, whose seven-game losing streak is their longest since an eight-game skid from Dec. 18-30, 2009.

Indiana's Luis Scola opened the fourth with a pair of free throws, bringing the Pacers to within six at 80-74. Toronto answered with a 9-0 run, including seven straight points from Vazquez, to lead 89-74 at 9:52, ending Indiana's hopes of recording its first win since Nov. 28 against Orlando.

"They went on a tear and seemingly scored every time down for about four or five minutes," Pacers coach Frank Vogel said.

Trying to improve his team's poor starts, Vogel changed his starting lineup, inserting Watson at point guard and C.J. Miles at small forward and moving Stuckey from point guard to shooting guard. Before the game, Vogel said the starting five was in need of "a jolt."

Indiana's starters came in averaging 54 points per game -- 28th in the NBA. They scored 49 against Toronto.

West hit the opening shot of the game but the Pacers missed their next eight attempts before a 3 by Watson more than five minutes later. Indiana made only seven of 24 attempts in the first and trailed 28-20 after one.

The Pacers have trailed after the first quarter 16 times in 23 games this season. They're 3-13 when falling behind after one.

"We're getting off to slow starts and it's killing us," Stuckey said.

Indiana couldn't even keep its new-look lineup together throughout the game. Miles bruised his left knee in the first and left for good after playing three minutes in the second. Tests revealed no damage, and Miles said he hopes to play when the Pacers host Portland on Saturday night.

Toronto recorded its 10th consecutive sellout and 12th in 14 homes games. The team record for consecutive sellouts is 39, set between Nov., 2001 and Oct., 2002. Toronto has given its fans plenty to cheer about, going 11-3 at home.

The Raptors snapped a nine-game streak of allowing 100 or more points, ending the longest such streak since Dwane Casey took over as coach in 2011. Toronto had not held its opponent below 100 since a 110-93 win at Cleveland on Nov. 23.

Pacers: Miles replaced Hill in the starting lineup. Hill had been the only Indiana player to start all 22 games before Friday. ... The Pacers also lost six in a row from Oct. 31-Nov. 8. ... The Raptors out rebounded the Pacers 34-18 in the first half, and 52-39 overall. Indians is 0-9 when getting out rebounded.

Raptors: Landry Fields made his second straight start. ... Toronto is 4-3 since DeMar DeRozan suffered a torn tendon in his left groin. DeRozan remains sidelined indefinitely. ... Toronto has scored 100 or more points in 20 of its 23 games.

Raptors: At Knicks on Sunday.