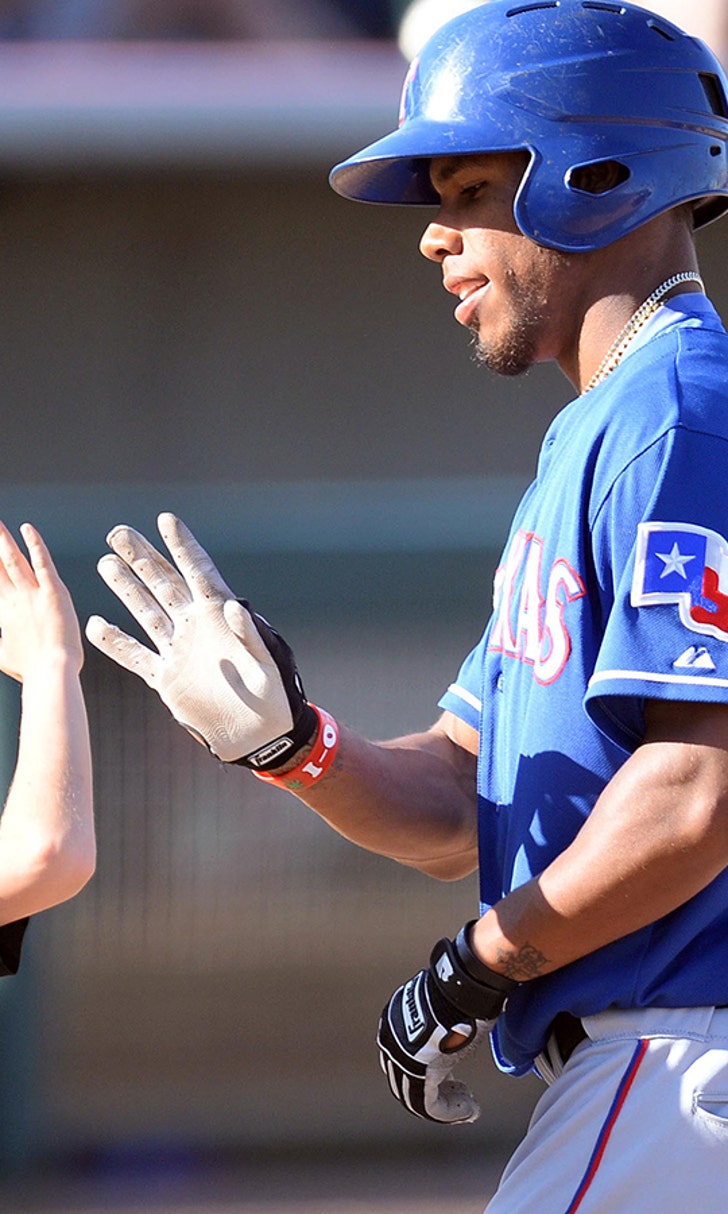 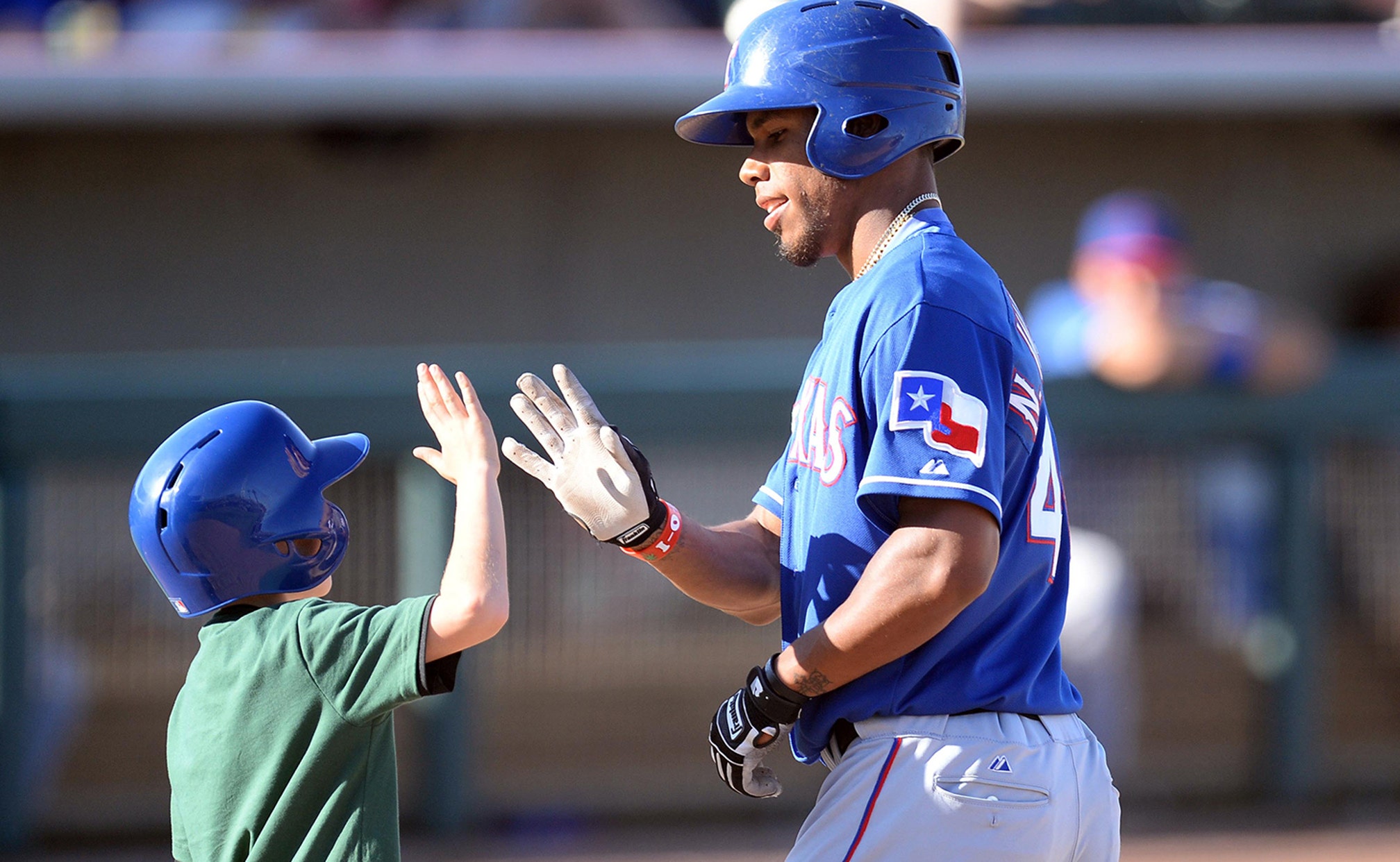 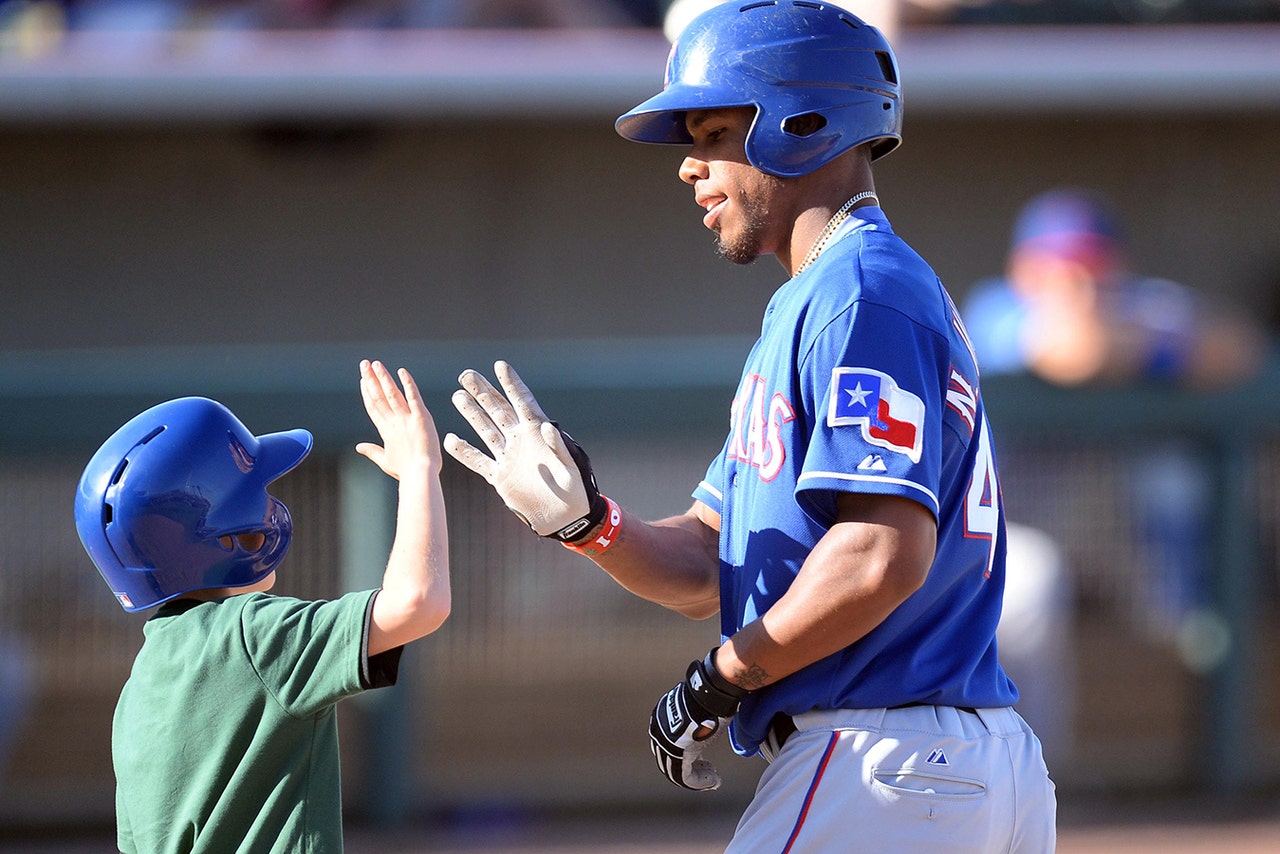 PHOENIX (AP) -- Nick Williams and Shawn Tolleson each made an impression on Rangers manager Ron Washington on Saturday.

Williams homered twice as Texas rallied to beat the Oakland Athletics 16-15 on Saturday. The second-round draft pick in 2012 tied it at 15 with his second homer, and Brent Lillibridge hit a sacrifice fly for the go-ahead run.

"In spring training that's what you get," Washington said of the backups rallying the Rangers from a 13-5 deficit to win. "I've been waiting for it to happen. I'm very happy about that."

"I've been seeing him a lot, I like the kid, but he's in A-ball," Washington said. "Let him enjoy his moment that he had here. He should enjoy it and keep getting better and hopefully it will be his day when he can come to the big leagues and stay."

Tolleson, 26, was claimed on waivers from the Dodgers in the offseason. He pitched the eighth inning and struck out one. It was Washington's first look at the reliever.

"His stuff was electric. He had good sink, a good changeup, he kept the ball down in the zone," Washington said. "I can't believe that it was his first time. He's going to get some more time after that."

Michael Choice, who was acquired from Oakland in the offseason, homered for Texas.

Brandon Moss homered twice and drove in four runs for the A's. Josh Reddick also homered and John Jaso was 3 for 3, scored three runs and also drove in four for Oakland, which had most of its regulars in the lineup although it was a split-squad game.

The A's announced Saturday that starting pitcher A.J. Griffin has a strained muscle in his forearm and will be shut down for three weeks, at which time he will be examined again. Griffin had an MRI on Friday.

Another A's starter, Jarrod Parker, was supposed to pitch Saturday, but has right forearm tightness and was scratched from the start on Friday. Parker will see Dr. James Andrews on Monday.

Athletics: Arnold Leon, filling in for Parker, made his first start of the spring. He allowed two hits and two walks, struck out two and was charged with three runs.

"I was trying to do more than I can do," Leon said of the first inning, when both of the walks and runs came. "After that inning I was able to keep the ball down."

If as expected Parker and Griffin miss the beginning of the season, Leon could be in the mix. The 25-year-old right-hander hadn't allowed a run in his first seven spring innings.

Sonny Gray, Scott Kazmir and Dan Straily are the other Oakland starters, with Tommy Milone -- who made 26 starts for the A's last season before moving to the bullpen -- and Jesse Chavez the leading candidates to move into the rotation if needed.

Rangers: Colby Lewis was knocked around, giving up two homers and six runs in 1 1-3 innings. Despite a bad outing, he seemed upbeat about getting out of it healthy. He missed all of last season after hip surgery and an elbow injury ended his 2012 season early.

"I felt great, I felt like I threw the ball really good," Lewis said. "My breaking ball was good. The outcomes weren't very good. That's just the way it goes sometimes."

Moss and Reddick homered on back-to-back pitches, and there were several other hard-hit balls.

"Colby just couldn't get the ball down," Washington said. "Those guys are high-ball hitters and they hit it."

In three spring starts, Lewis has given up eight hits and eight runs in 4 1-3 innings. The 34-year-old, whose time in the Rangers organization dates to 2002, is trying to stick from a non-roster position this time.

"Of course he can help us," Washington said. "He's just got to stay healthy. As far as I know he came out healthy, so we'll just move forward."

A's 1B Daric Barton, who hasn't played in a week, sat out again with a strained left hamstring. Oakland C Derek Norris, who returned to the lineup on Friday, was the A's DH on Saturday. He was 2 for 5 and scored a run.

Texas 3B Adrian Beltre (quad strain) is day to day.