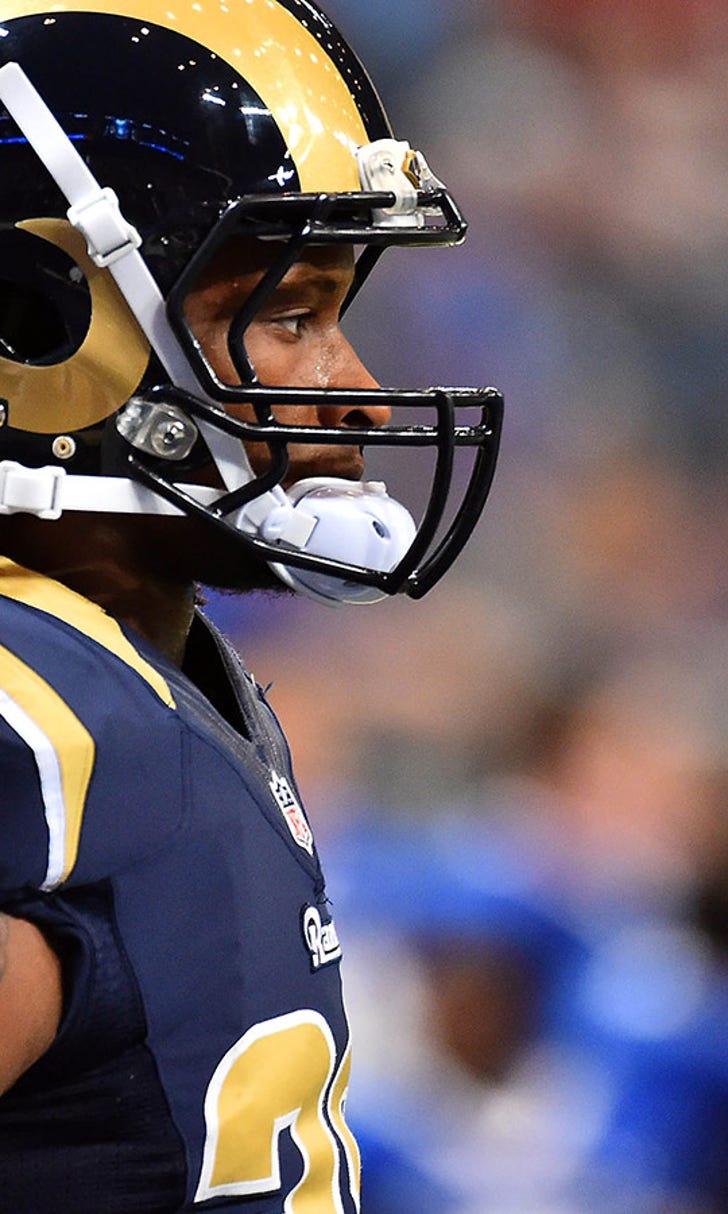 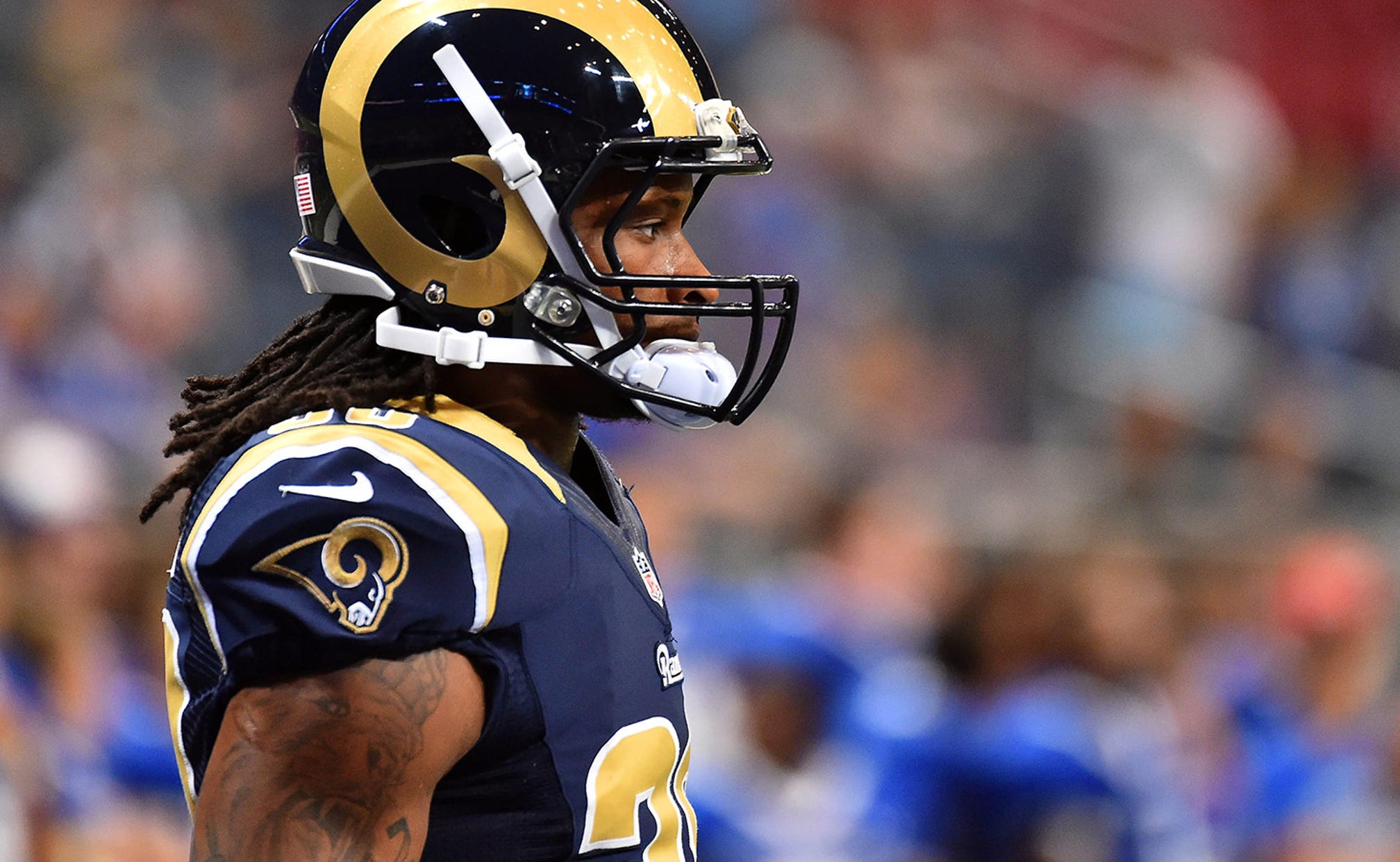 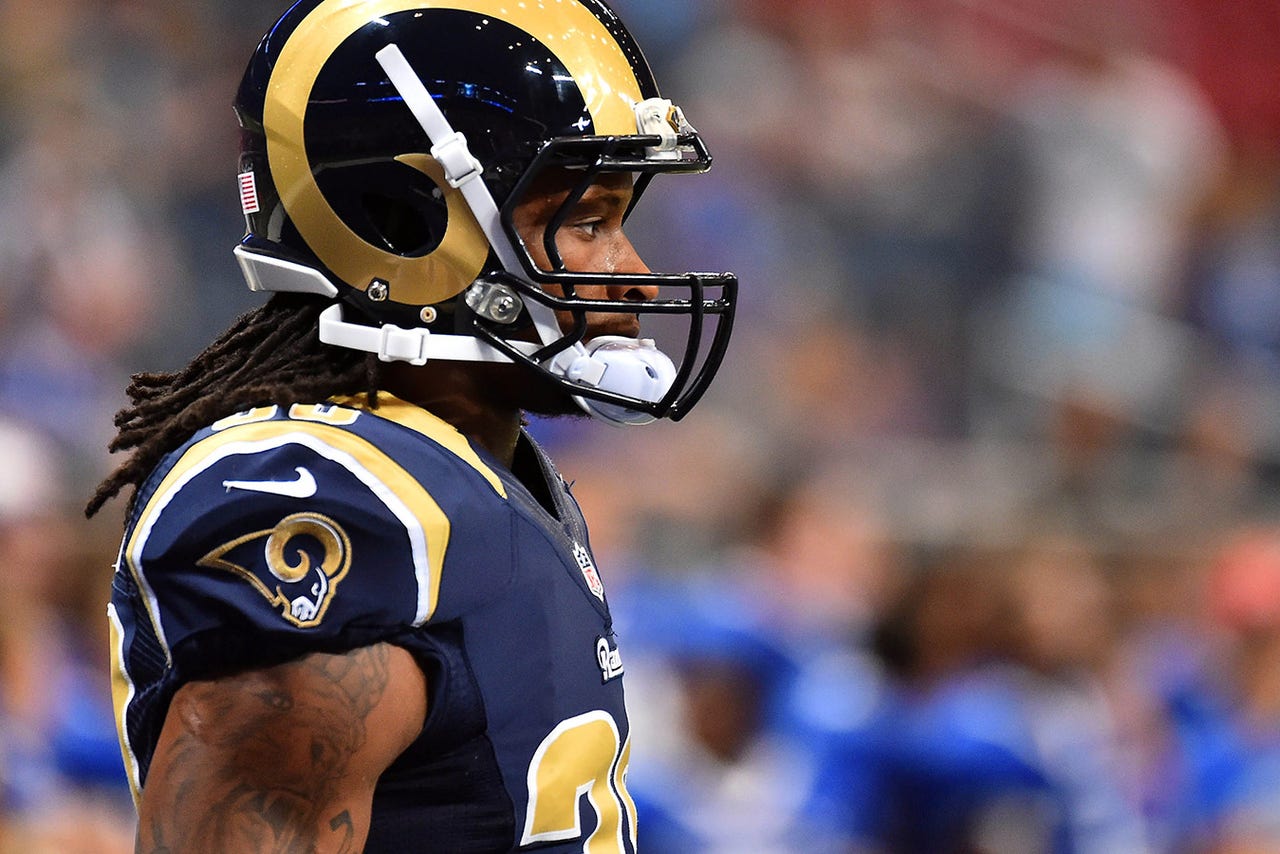 ST. LOUIS -- Rams rookie running back Todd Gurley has taken the next step toward returning to action following his knee injury.

The No. 10 overall pick in the 2015 draft, Gurley has begun practicing without the yellow beanie on his helmet that signifies to defenders he is off limits from contact during practice sessions.

"Yeah, he's doing everything right now," Rams coach Jeff Fisher said Tuesday after practice. "He's doing fine. I took it off. I personally took it off his helmet. Told him, 'You're done with that.' He's right on course right now. He's working hard and had some good runs here today."

The coach even joked about his rookie's performance during the practice.

"I asked around, 'Where'd you guys find this guy? He looks pretty good out there,'" Fisher said.

Fisher already said Saturday that Gurley would not play in the season opener against the visiting Seattle Seahawks this Sunday after holding the running back from Georgia out of all four preseason games.

The Rams kept five running backs on their first 53-man roster, but the team's depth at that position could be tested this week with Gurley not playing and with presumed starter Tre Mason nursing a hamstring injury he suffered earlier in training camp, then re-aggravated during the third preseason game.

Mason did not practice Tuesday because of the injury.

If Gurley and Mason aren't available on Sunday, the Rams would likely turn to Benny Cunningham and Isaiah Pead. The only other running back on the roster, Chase Reynolds, is a special teams player who has yet to record a rushing attempt in a regular-season game.

As for Gurley, the Rams appear to be committed to their cautious plan to work him back into the mix slowly from the left knee injury that ended his junior season with the Bulldogs last fall.

NOTES: RG Rodger Saffold (shoulder) and LG Jamon Brown (ankle) both returned to practice after missing time recently with injuries. Saffold was hurt in the first preseason game against the Raiders. Brown sprained an ankle in the third preseason game. 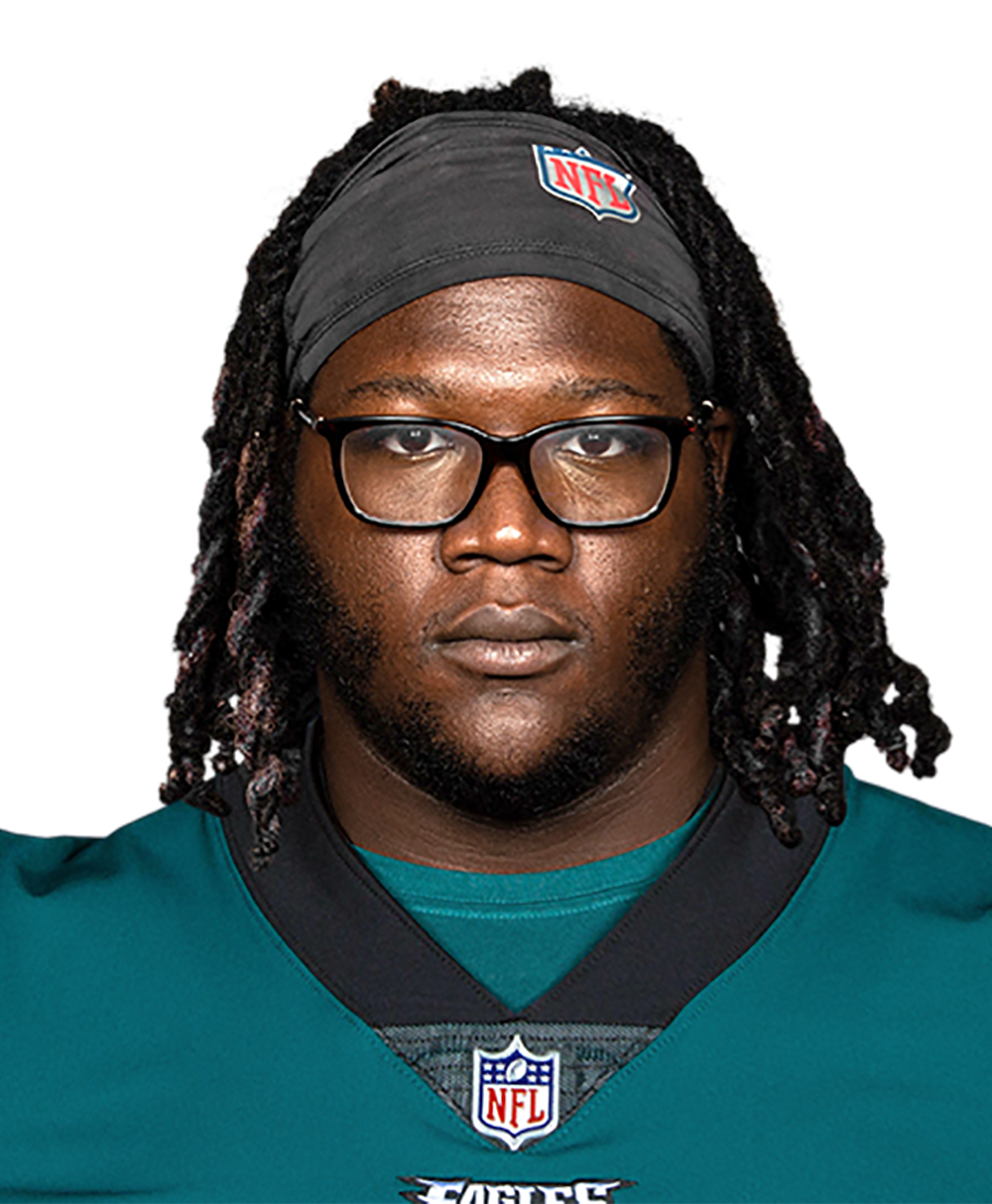 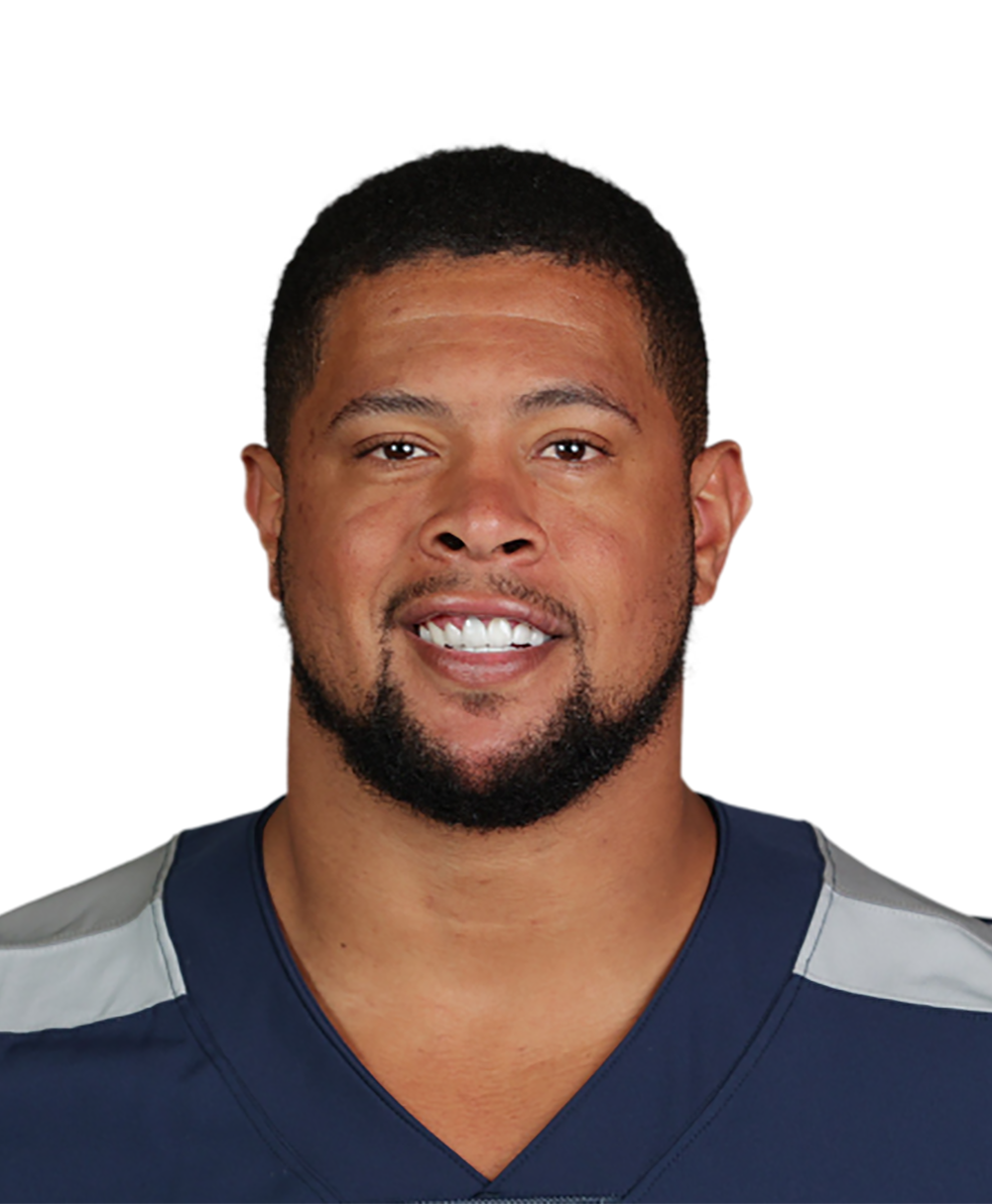