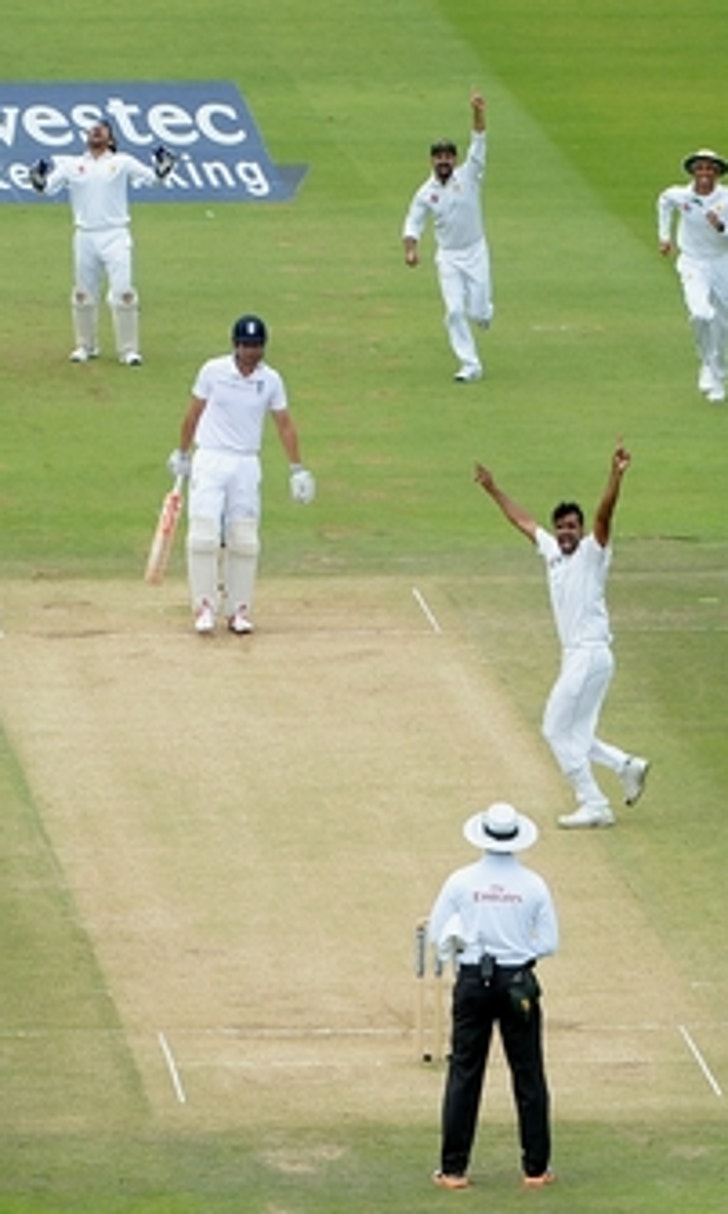 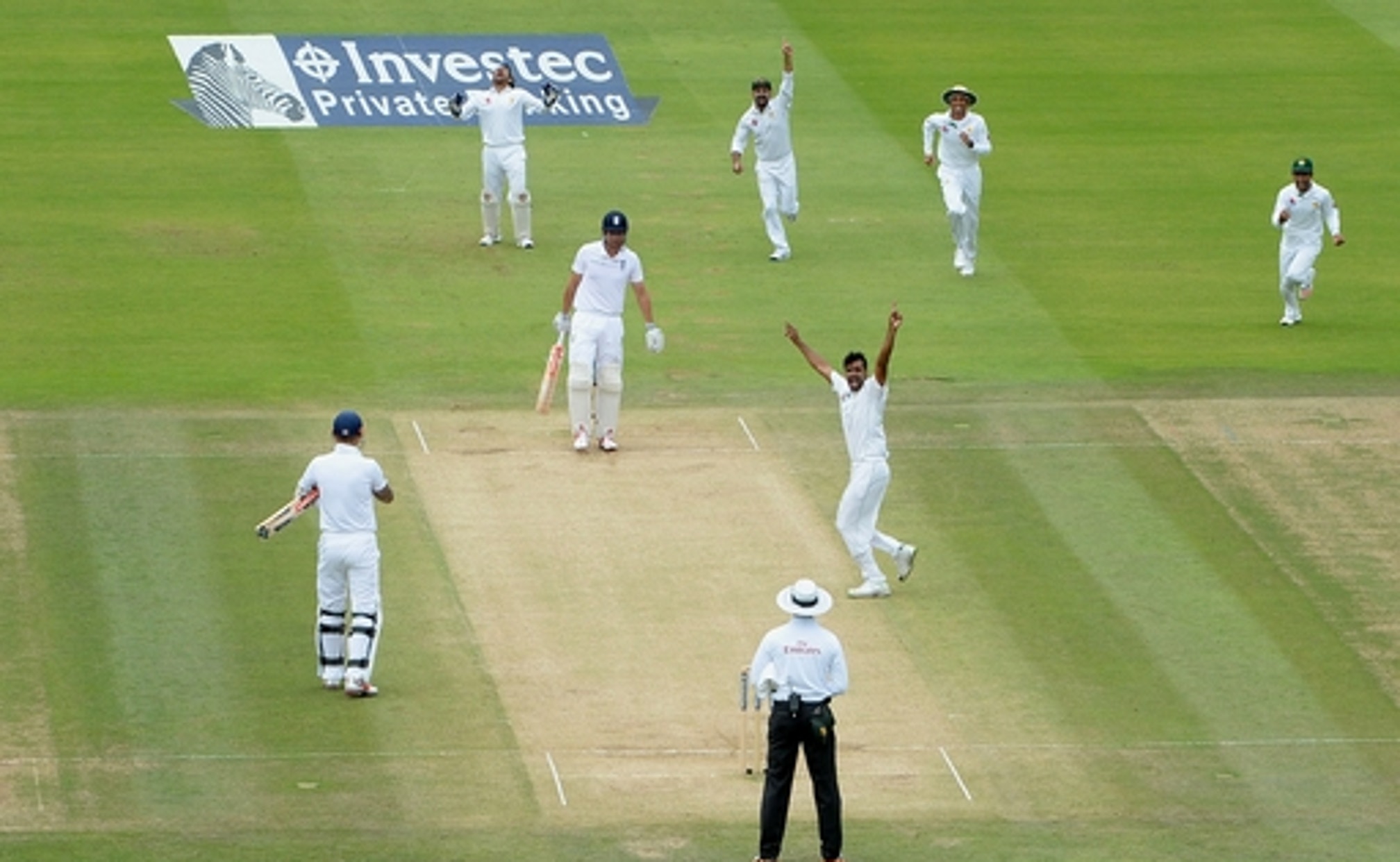 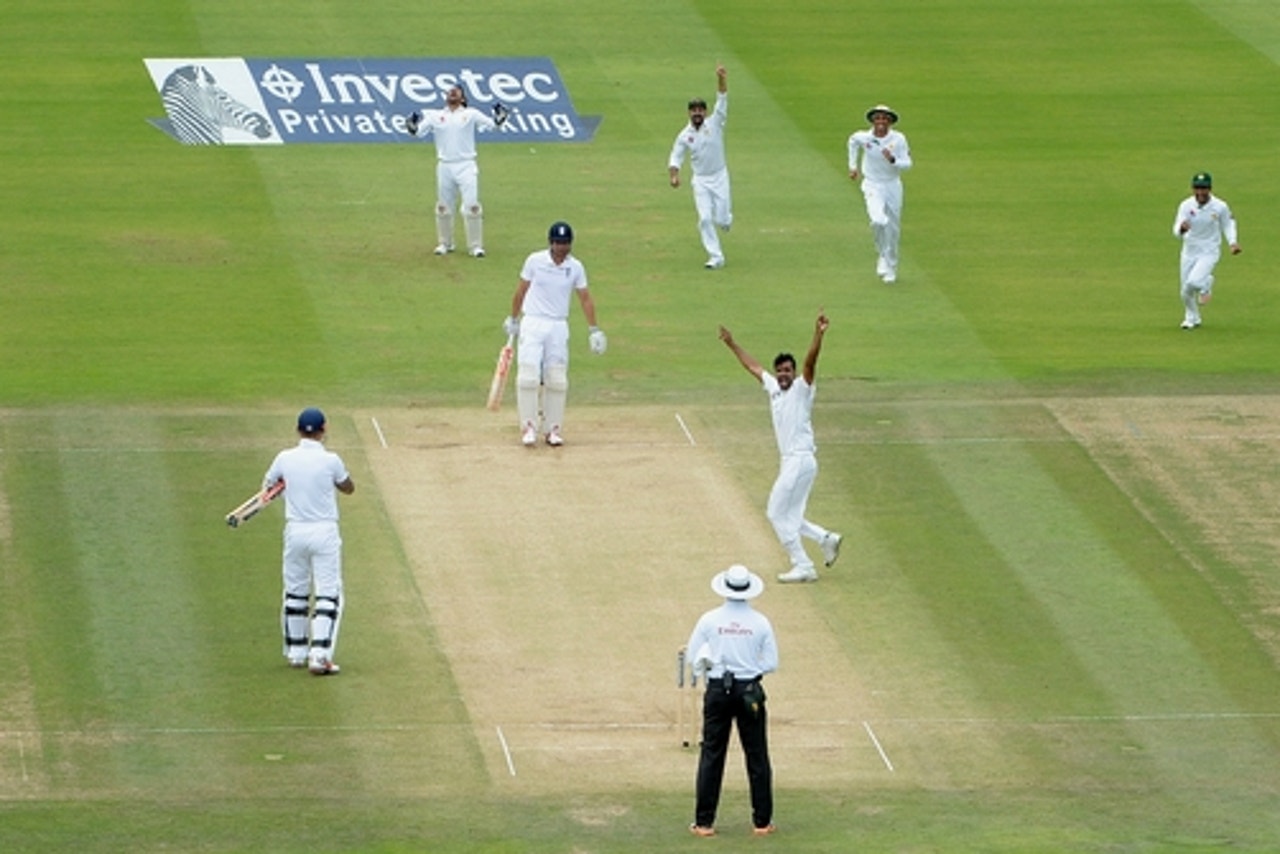 LONDON (AP) Rahat Ali's triple strike left England at 90-3 on the fourth day against Pakistan, chasing a 283-run target in the first test on Sunday.

The left-arm seamer (3-36) found the edge when facing Alastair Cook and Alex Hales before Joe Root once again threw away his wicket with a reckless pull shot.

Ali could have further dented England but Younis Khan missed a low catch in the slips from James Vince when on 9. Vince went on to reach 41 at lunch.

Earlier, Stuart Broad wrapped up Pakistan's second innings for 215 for an overall lead of 282 after Pakistan resumed on its overnight score of 214-8.

Broad had Shah (30) and Mohammad Amir (1) caught behind to set up England's target, which would be its best-ever successful run-chase at Lord's - a run better than its previous best of 282-3 against New Zealand in 2004.