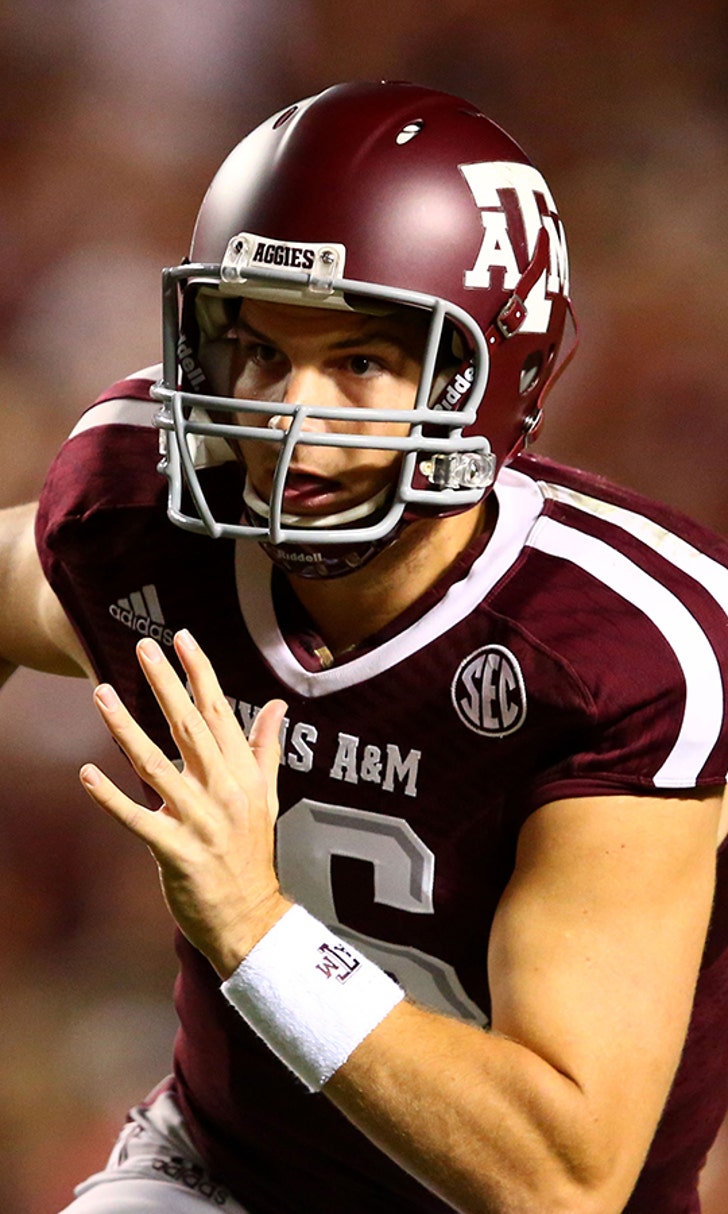 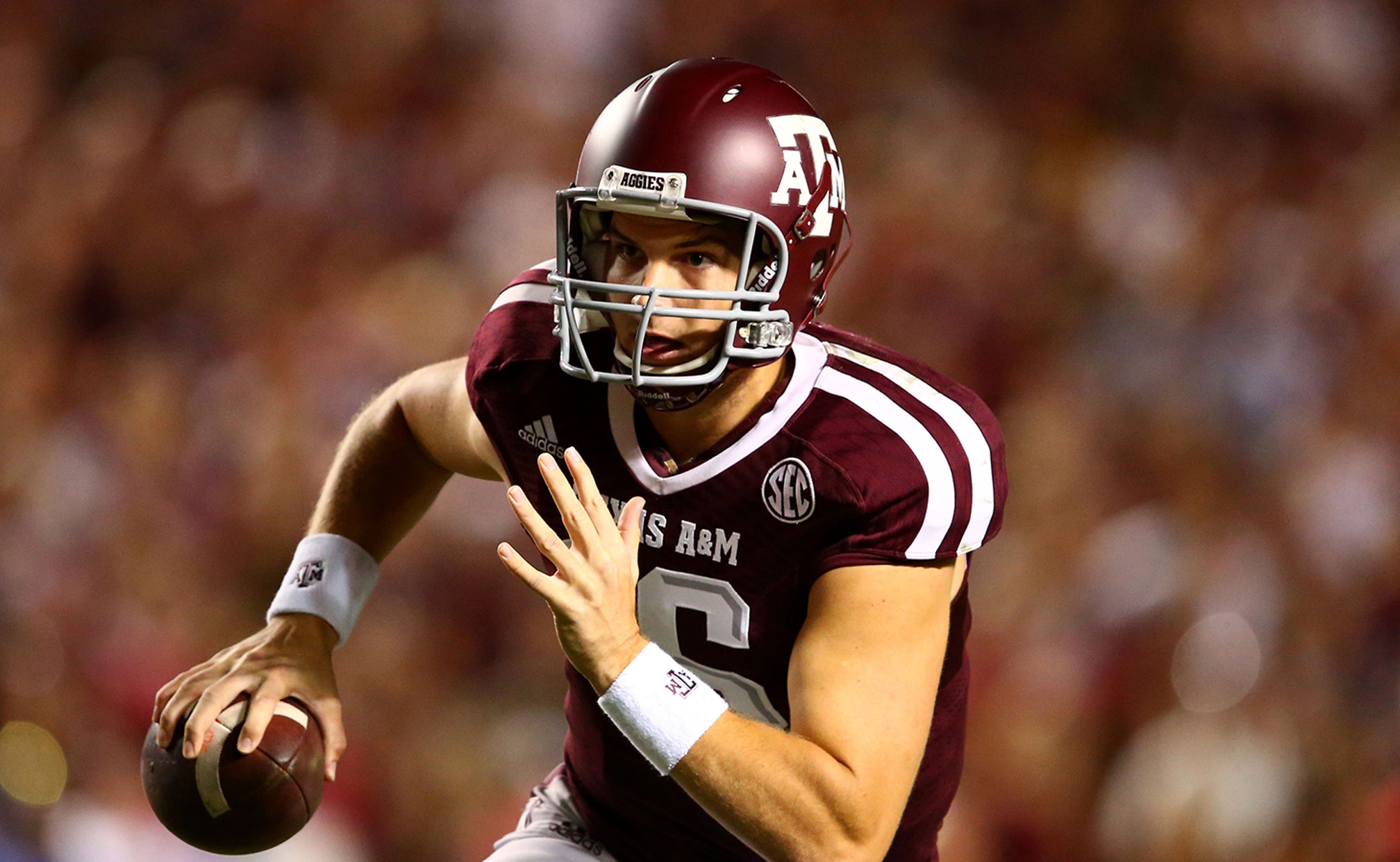 QB Matt Joeckel to transfer from Texas A&M to TCU 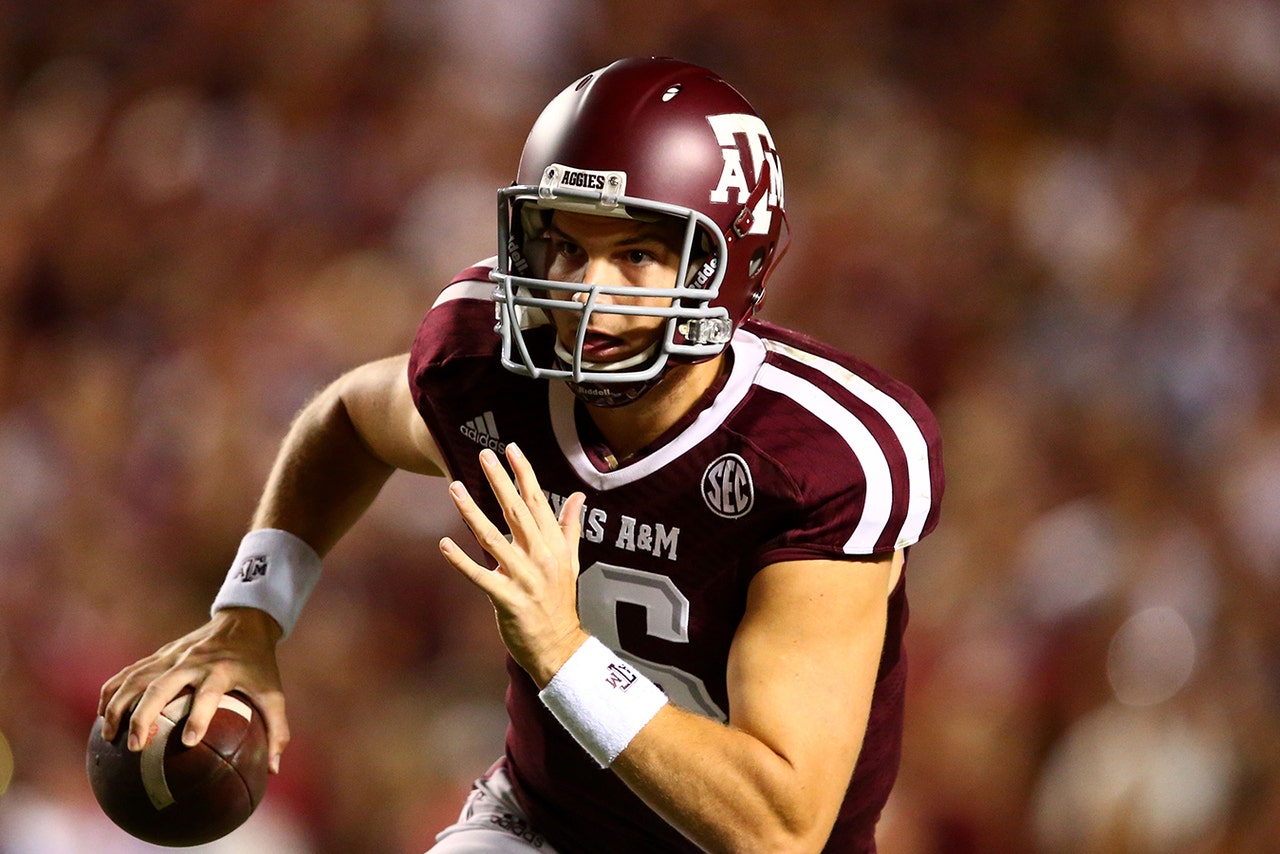 Joeckel announced the news on Twitter on Thursday, and an announcement from TCU is expected soon.

He will be eligible immediately because he completed his undergraduate degree in December. NCAA rules allow players to transfer programs and play immediately if they pursue a graduate degree not offered at their previous university.

Joeckel transferred from Texas A&M on Wednesday and according to multiple reports, spent Thursday meeting with TCU coaches on campus in Fort Worth. Joeckel is an Arlington, Texas native whose older brother Luke played offensive tackle at Texas A&M and was drafted No. 2 overall by the Jacksonville Jaguars last year.

Joeckel started one game in four years at A&M and competed for the quarterback job in College Station this spring. Last season, he completed 22-of-37 passes for 293 yards and two touchdowns.

He recorded statistics in nine career games as an Aggie.

His one start came in the season opener against Rice, when Heisman Trophy winner Johnny Manziel was suspended for the first half. He completed 14-of-19 passes for 190 yards and a touchdown in the 52-31 win over the Owls.

Joeckel will have an opportunity to compete with Trevone Boykin and incoming freshmen Foster Sawyer and Grayson Muehlstein to start for the Horned Frogs. Quarterback Tyler Matthews announced plans to transfer from TCU on Wednesday and will be eligible in 2015 if he transfers to another FBS school.

Boykin worked some at receiver last season when Casey Pachall played quarterback for the Frogs and could move back to the position if Joeckel wins a starting job in preseason camp.