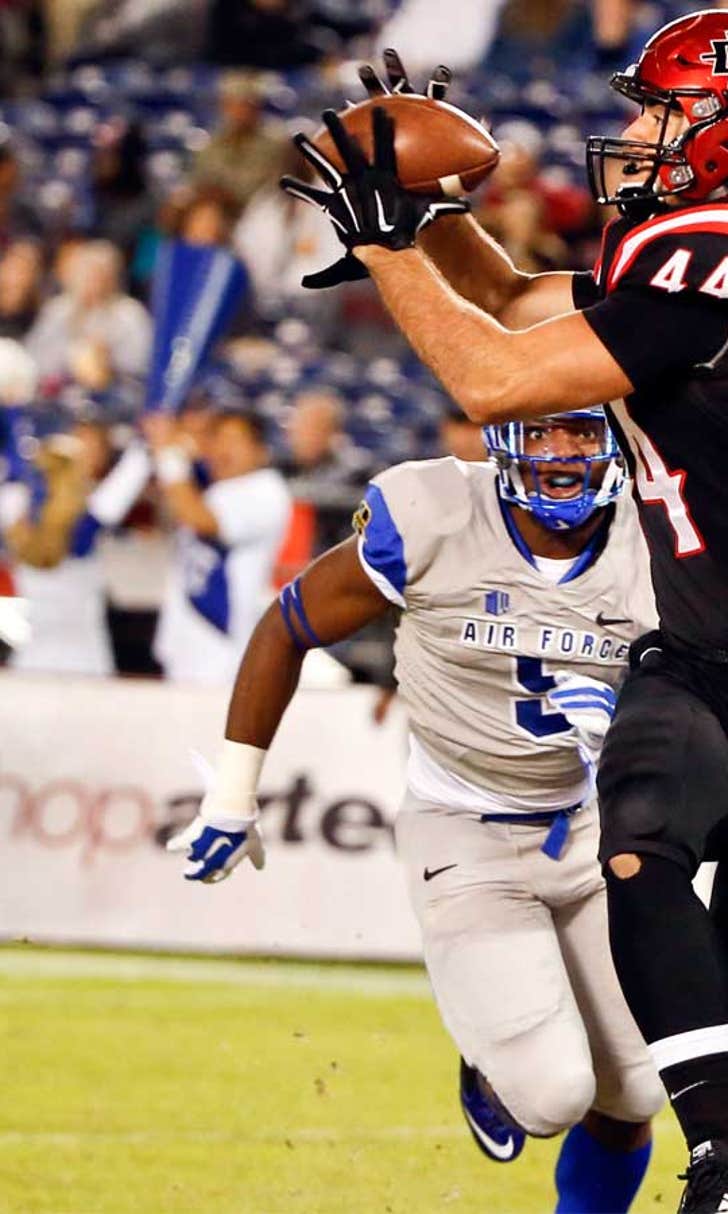 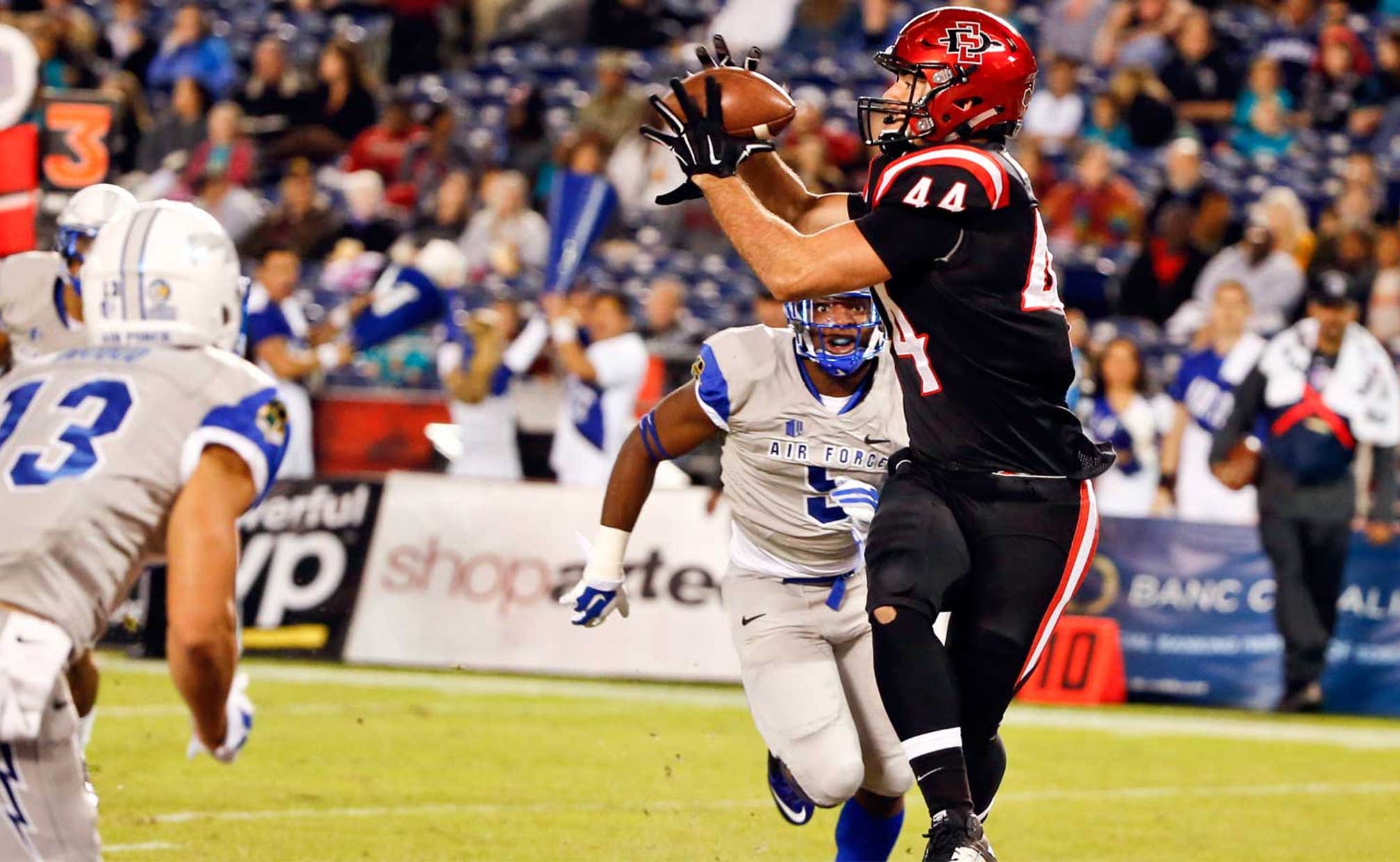 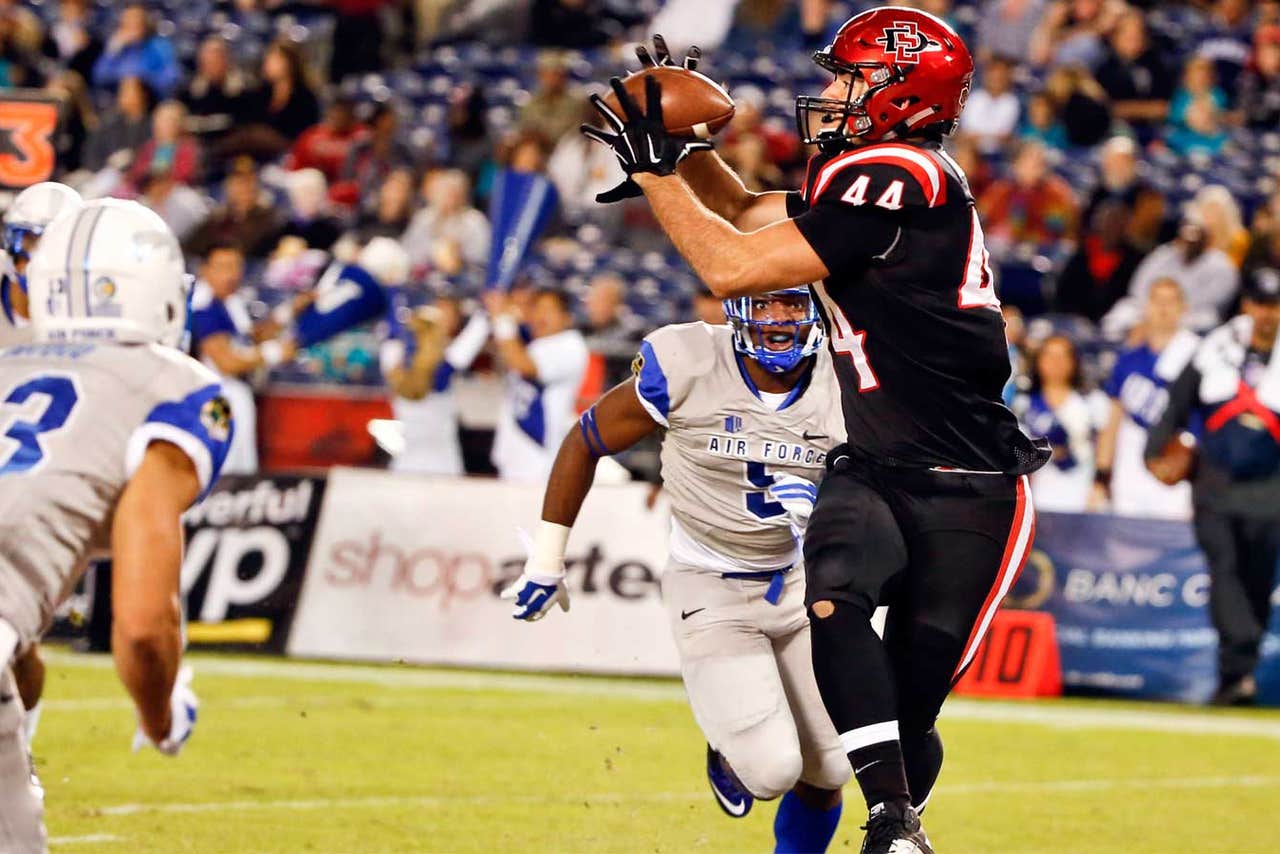 Quinn Kaehler was 17 of 30 for 326 yards, and threw a 14-yard touchdown pass to Adam Roberts in the first quarter for San Diego State, which forced three fumbles.

Kale Pearson threw a 74-yard scoring strike to Garrett Griffin, and D.J. Johnson bullied in from the 1 to give the Falcons a 14-13 halftime lead.