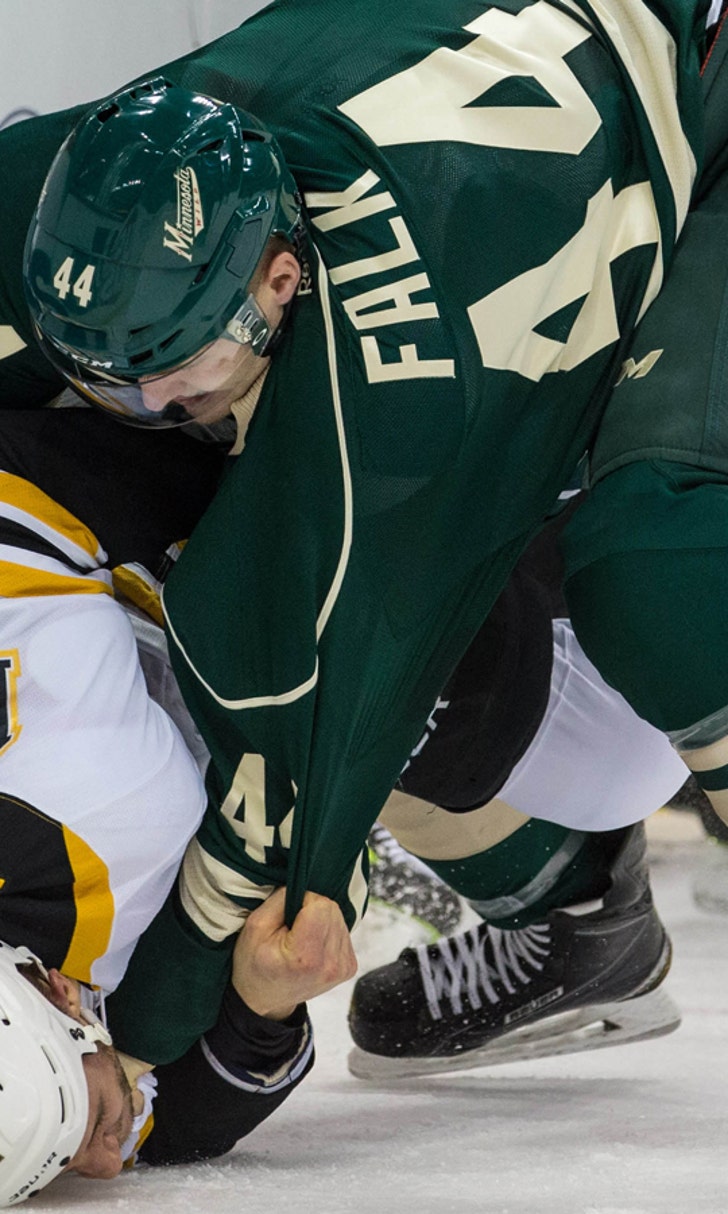 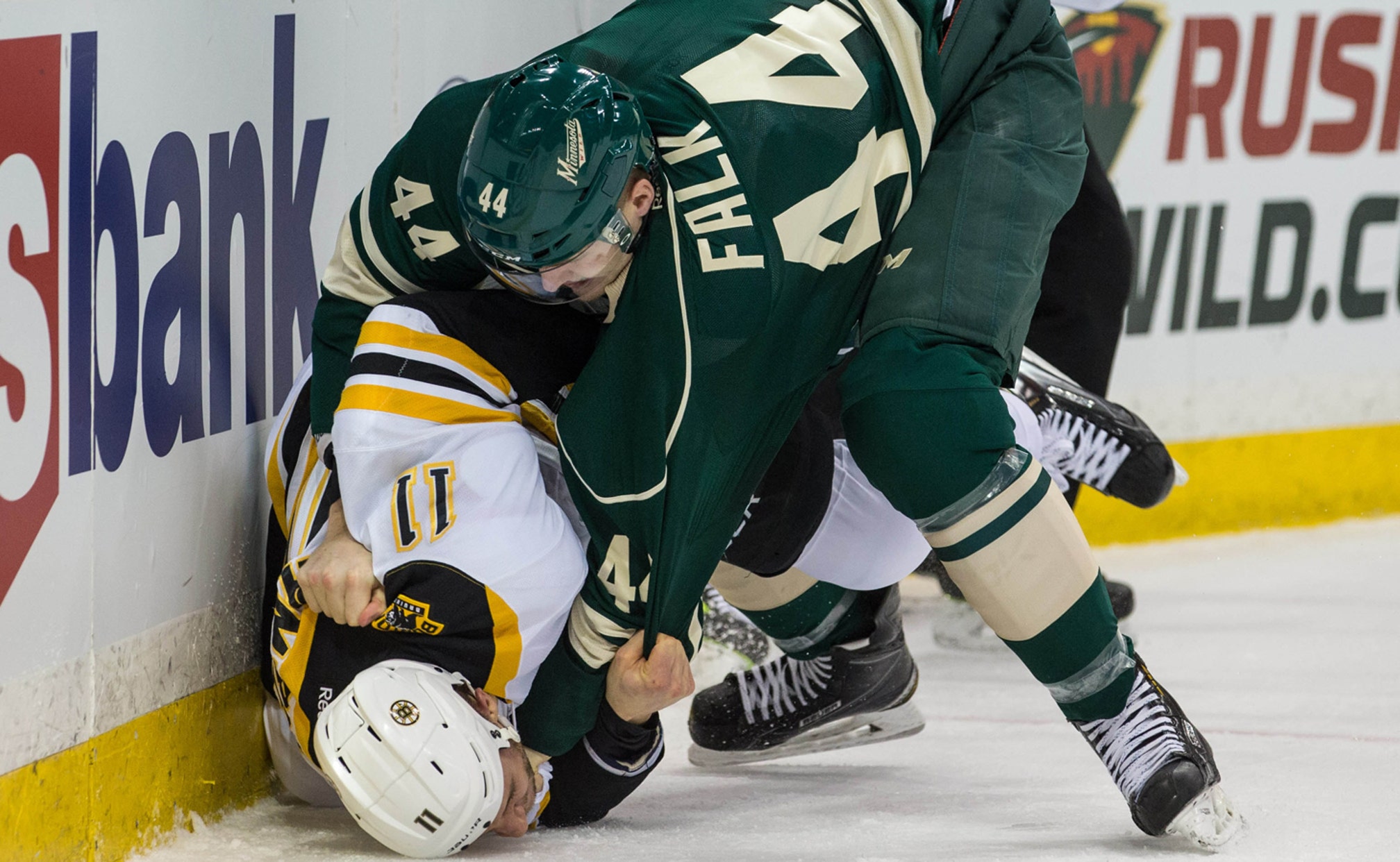 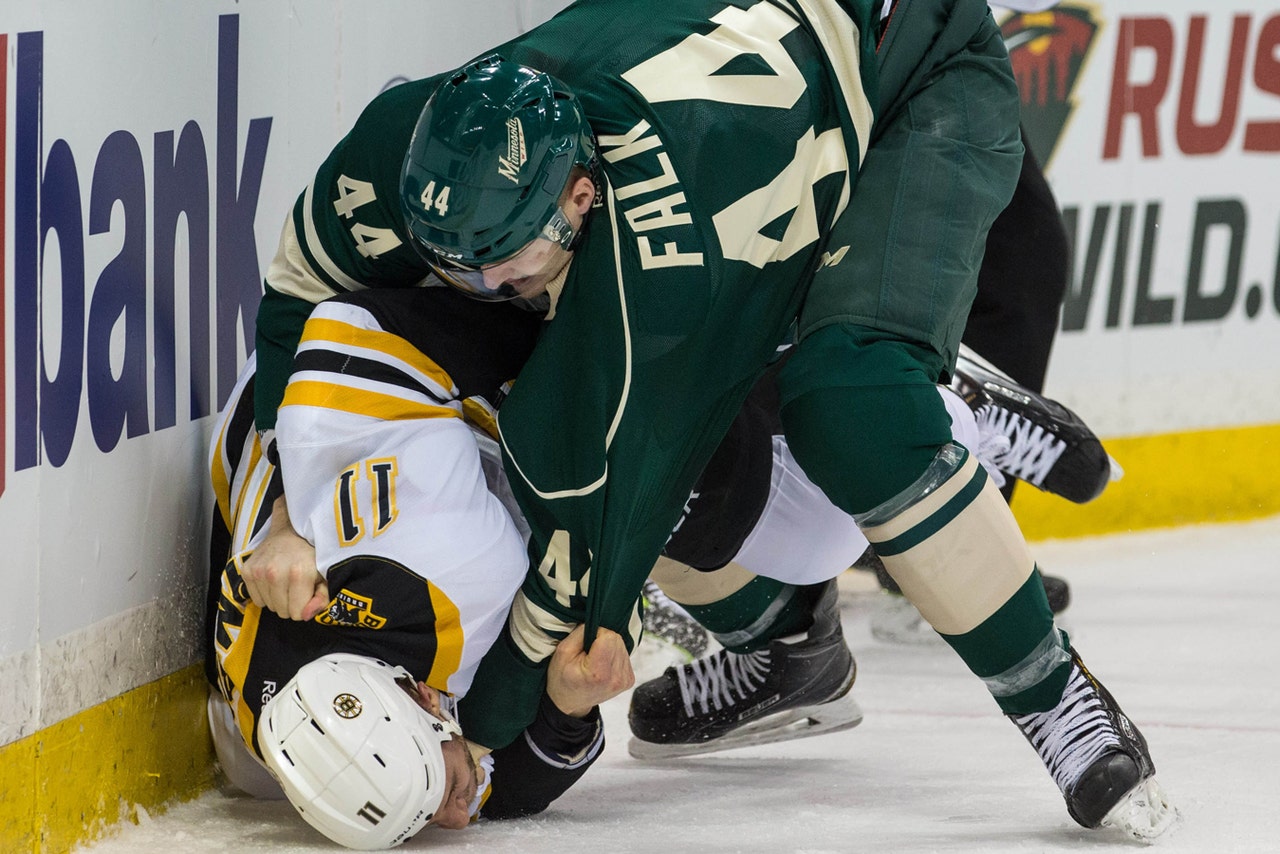 Road games have been a big problem for the Minnesota Wild, while the Boston Bruins can't seem to get their act together on home ice.

One of those trends will continue when the Wild complete a four-game trip Thursday night against the struggling Bruins.

Minnesota failed to record a point for the first time in five games without star forward Zach Parise with Tuesday's 4-3 loss in Pittsburgh. The Wild went 3-0-1 in their first four without Parise, who sprained his MCL in a loss to Nashville on Nov. 5 but remains tied for the team lead with seven goals.

The loss dropped Minnesota to 1-3-3 in its last seven away games and continued a disturbing trend of slow starts.

The Wild haven't held a lead in regulation in their last three games and have led for just 1 minute, 12 seconds during that seven-game road stretch. They have conceded the first goal in all but one of their nine road games.

"It's a bad trait we have going right now," defenseman Ryan Suter told the team's official website. "Giving up the first couple of goals, and then trying to fight our way back."

Devan Dubnyk has clearly been more comfortable at home. He's 7-1-0 with a 2.14 goals-against average at the Xcel Energy Center and 3-3-2 with a 2.96 GAA everywhere else.

The Bruins, though, have lost five of seven and dropped to 2-6-1 at home following Tuesday's 5-4 defeat to San Jose. Loui Eriksson's goal early in the second period gave them a 3-2 lead before the Sharks went ahead for good with the next three scores, the last two on the power play.

"Sloppy tonight - sloppy. Really, that's the only word I can find right now," coach Claude Julien said. "We have to deal with certain things and I plan on dealing with internally, but certainly not going to start elaborating here."

Boston's home record is its worst after nine games since it opened 1-5 with three ties in 1996-97.

While Rask has been far from sharp, his penalty killers haven't provided much help. The Bruins have given up 12 power-play goals in the last nine games and rank last in the league by far with a 70.8 kill percentage.

"If we're going to start putting a few wins together we have to have everyone going every night," forward Brad Marchand said. "We can't have any passengers at all. If we have one then it's enough to cost us a game and right now we have way too many."

The Wild are 4-1-2 in the last seven meetings and have won seven of eight in Boston since joining the league in 2000-01.