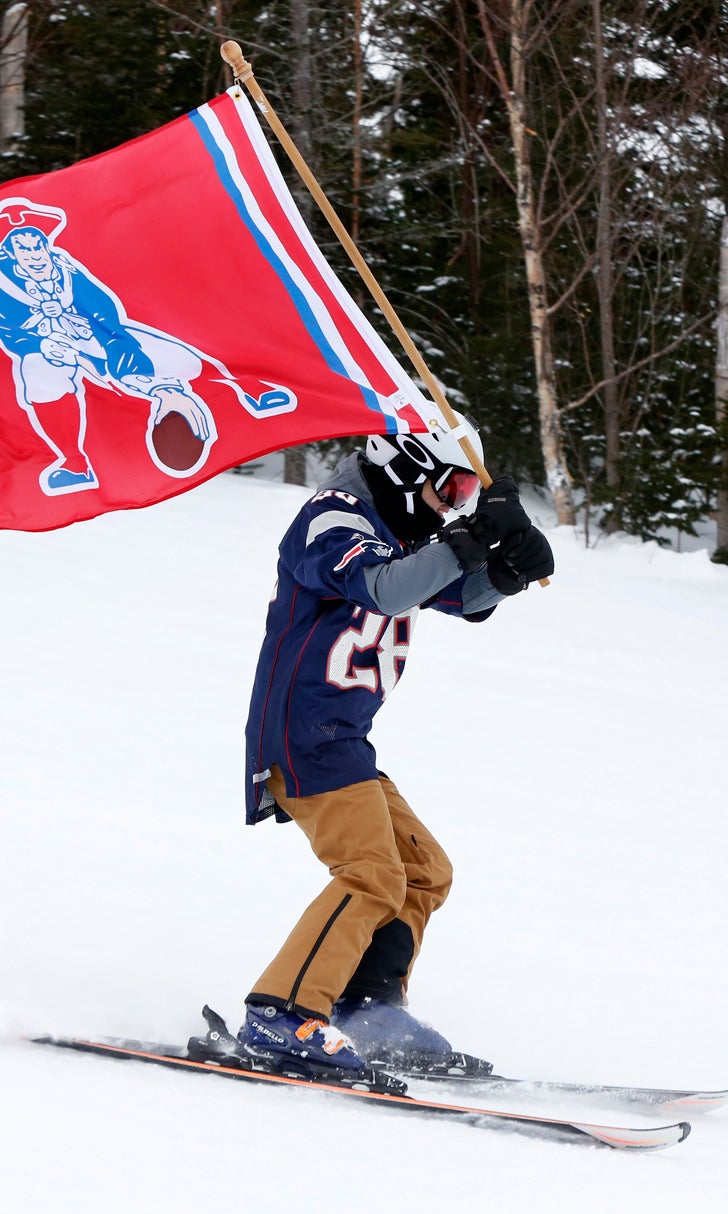 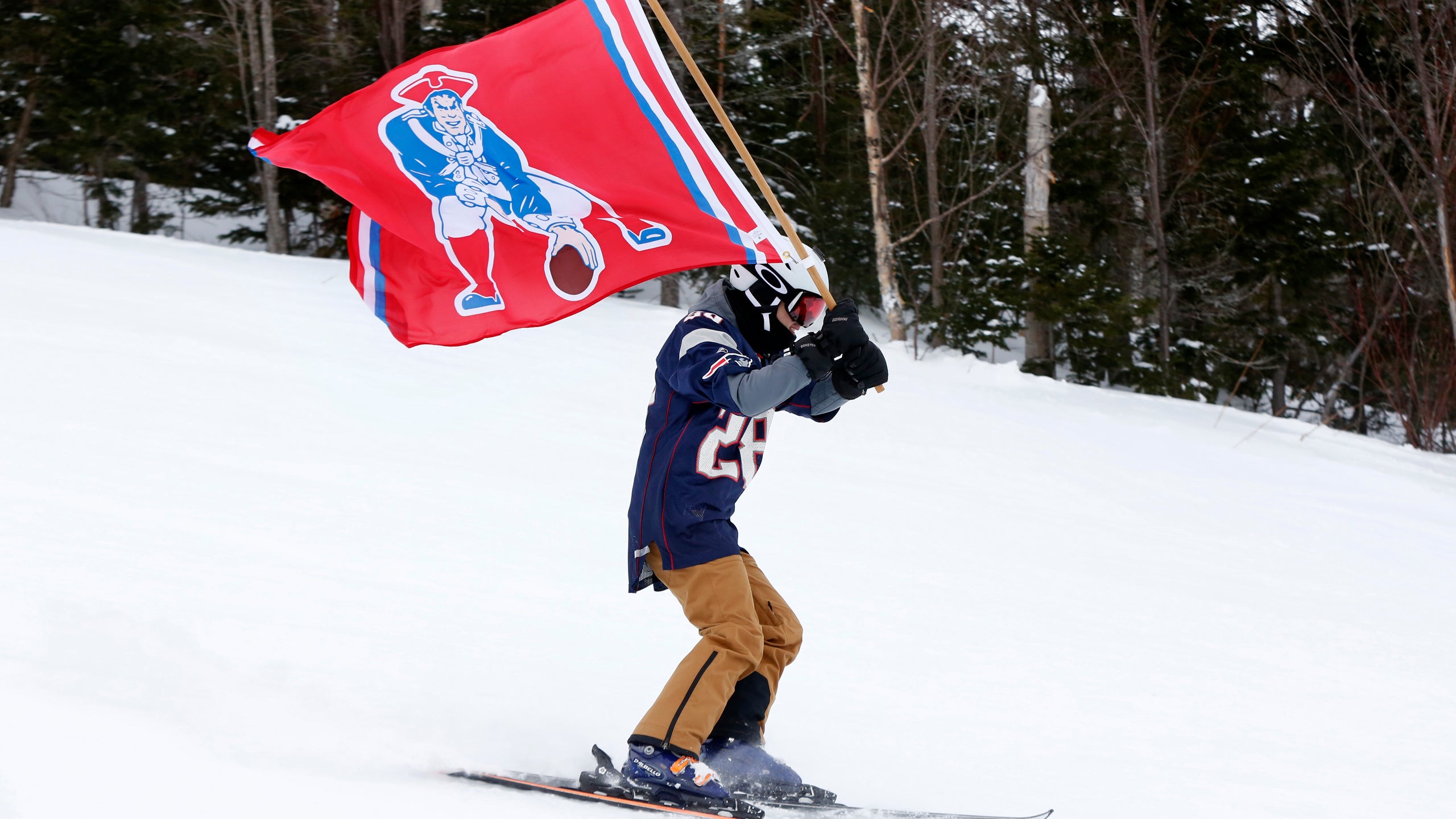 Patriots dominate the slopes; hope to do same on gridiron

CARRABASSETT VALLEY, Maine (AP) — New England Patriots fans are showing their support on the slopes before they head indoors to watch the big game.

More than 100 fans wearing Patriots jerseys shared a pregame moment Sunday by creating a sea of blue as they skied together at Maine's Sugarloaf.

The event was part of a Super Bowl promotion with discounted tickets to anyone wearing a Patriots jersey. The Patriots and Los Angeles Rams were playing Sunday in Atlanta.