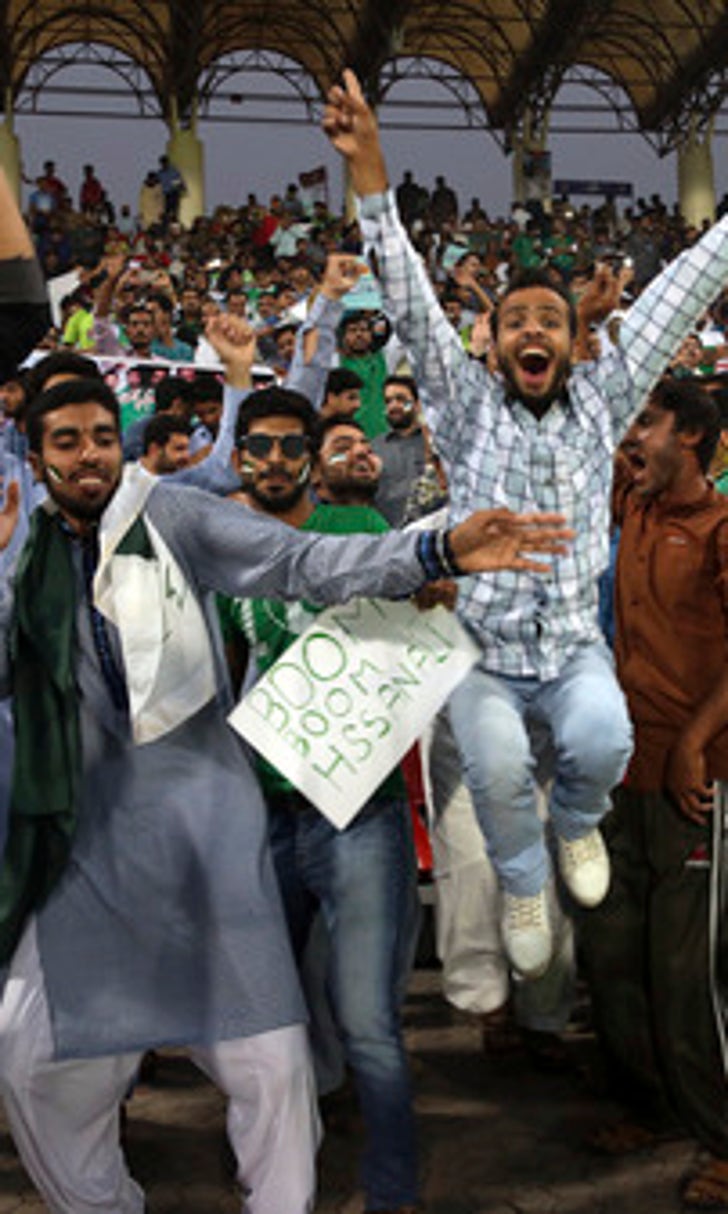 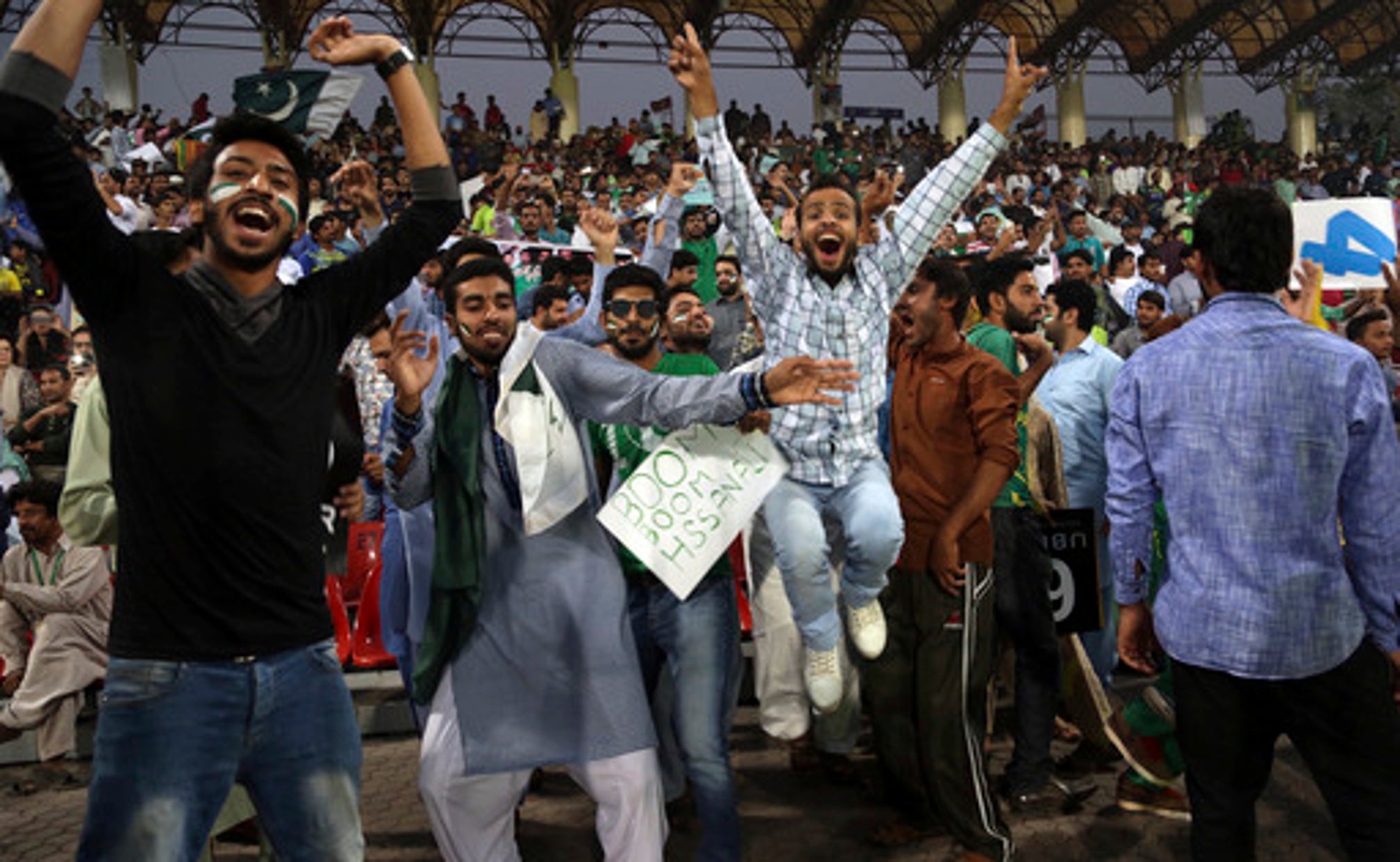 LAHORE, Pakistan (AP) Pakistan swept Sri Lanka 3-0 in the Twenty20 series with a 36-run victory in the final game played amid heavy security in Lahore on Sunday.

Sri Lanka was on its first visit to the country since its team bus was ambushed by gunmen in a deadly attack in 2009 near the same Gaddafi Stadium eight years ago, killing six policemen and two civilians and injuring six players.

The stadium was filled to its 25,000 capacity with fans carrying placards reading ''Welcome back Sri Lankan Lions.''

''Playing at home is special,'' Sarfraz Ahmed said. ''The kind of support we get, the people that come, it gives us a lot of happiness.'' The Pakistan skipper added that ''the way our law enforcement have done their job, it will open doors for us, even to play a test series.''

Led by Shoaib Malik's brisk 51 off 24 balls, Pakistan's top order scored 180-3 after being put into bat.

Sri Lanka, which was also blanked 5-0 in the ODI series in the United Arab Emirates, continued to falter in batting and limped to 21-3 inside the first four overs before being restricted to 144-9.

Fast bowler Mohammad Amir took a career-best 4-13 in his comeback match after missing the ODI series due to a shin injury and was also left out from the first two T20 games.

Dasun Shanaka (54) top scored for Sri Lanka before falling to seamer Faheem Ashraf (2-19) in the 14th over.

Unlike Sri Lanka, all the top-order Pakistan batsmen were among runs after Sri Lanka captain Thisara Perera won his first toss of the series.

''Playing in front of the home crowd and becoming man of the match, that's something,'' Malik said. ''I'd like to thank the Sri Lankan team. This is something we've missed for so many years.''

Malik bludgeoned five boundaries and two sixes and dominated a 75-run third wicket stand off 45 balls with Babar Azam, who stayed unbeaten on 34 off 31 balls.

Malik raised his sixth T20 international half-century in the last over when he lofted fast bowler Vikum Sanjaya over wide long on for a six before holing out in the deep off the next delivery.

Allrounder Ashraf (13 not out) then provided an ideal finish to the innings by hitting Sanjaya for two sixes as the left-arm seamer bowled the most expensive over of the innings and conceded 23 runs.

Dilshan Munaweera surprisingly tried to cut fast bowler Mohammad Amir's second delivery that came back in and Sadeera Samarawickrama holed out in the deep when he missed out on Imad Wasim's low full toss.

Mohammad Hafeez then struck in his first over when Danushka Gunathilaka played too hard only to offer a return catch to the offspinner.

Shanaka gave Sri Lanka a glimmer of hope, hitting five fours and three sixes, before lobbing a high catch to Wasim at mid-wicket.

Amir then clean bowled Chaturanga de Silva (21) off a full delivery before claiming two more wickets in the last over in his comeback game. Amir came into the side after Usman Shinwari was ruled out because of side strain.