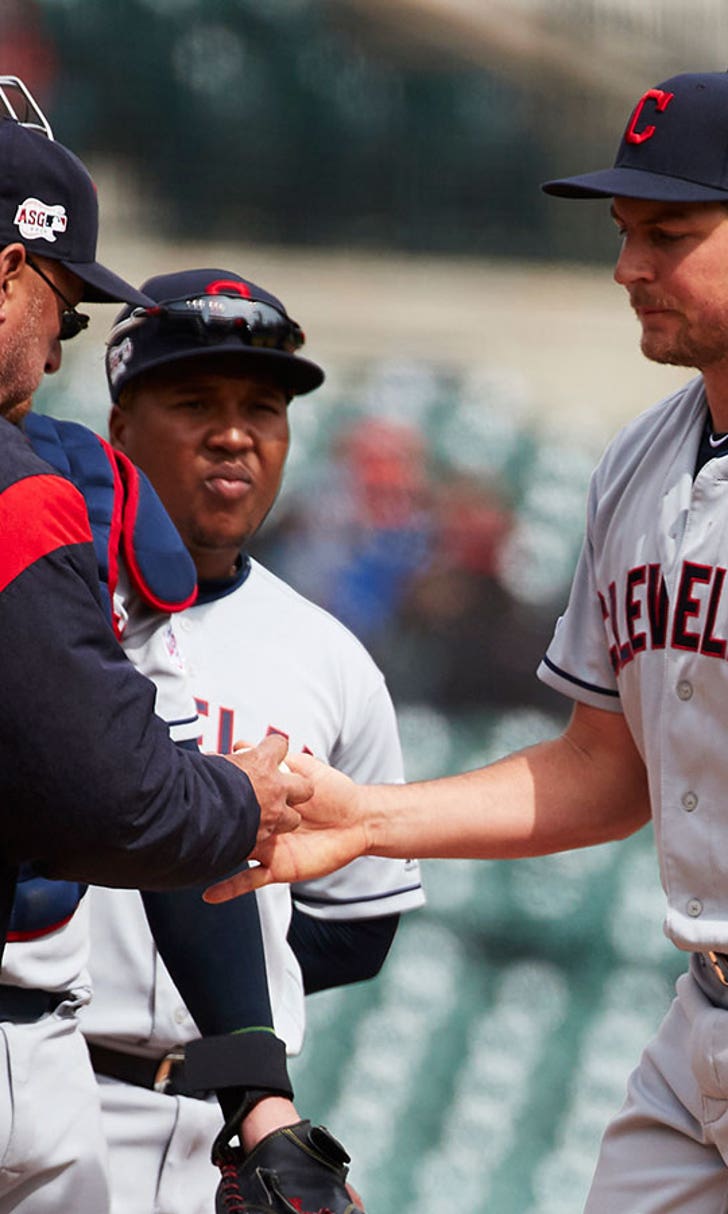 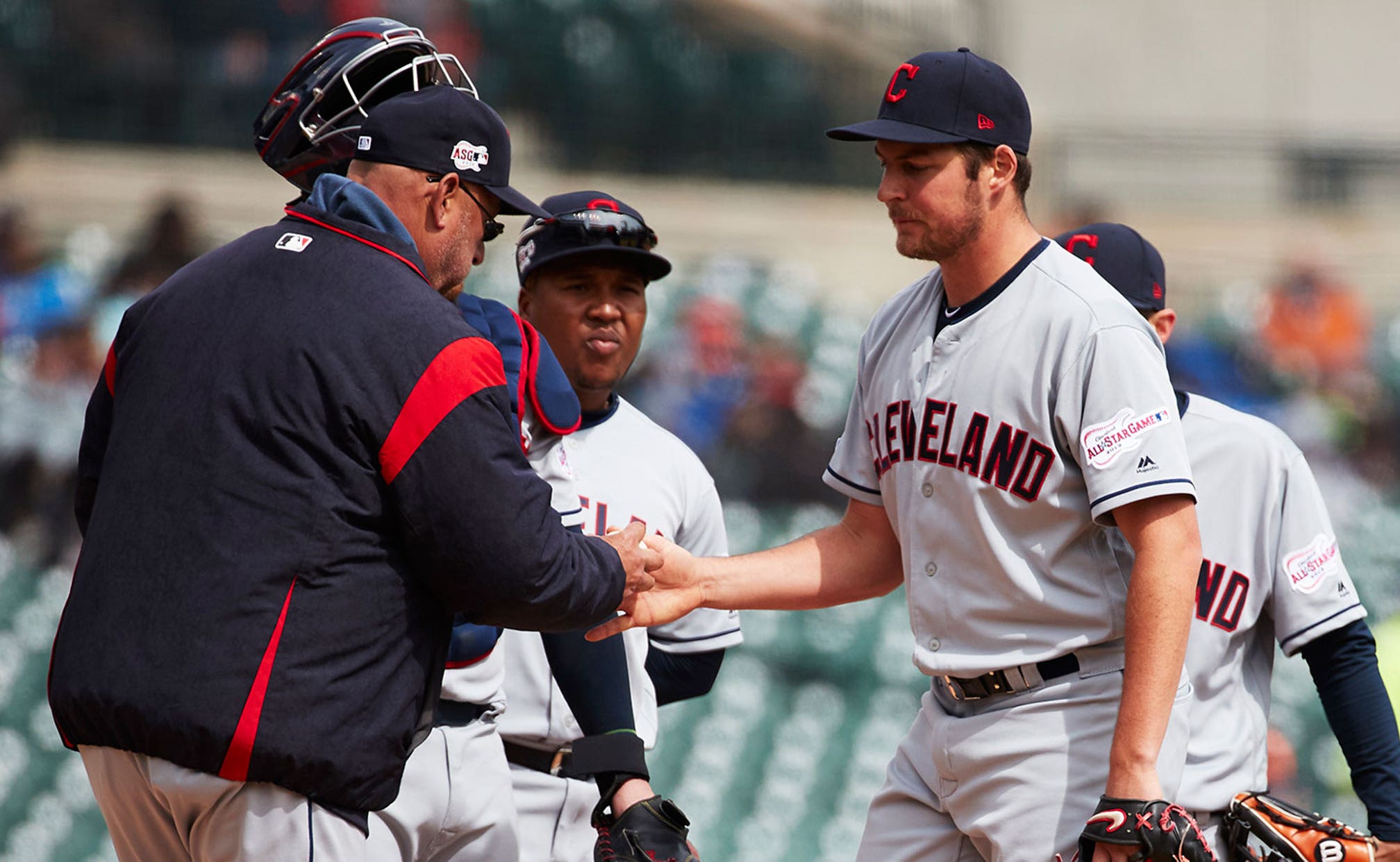 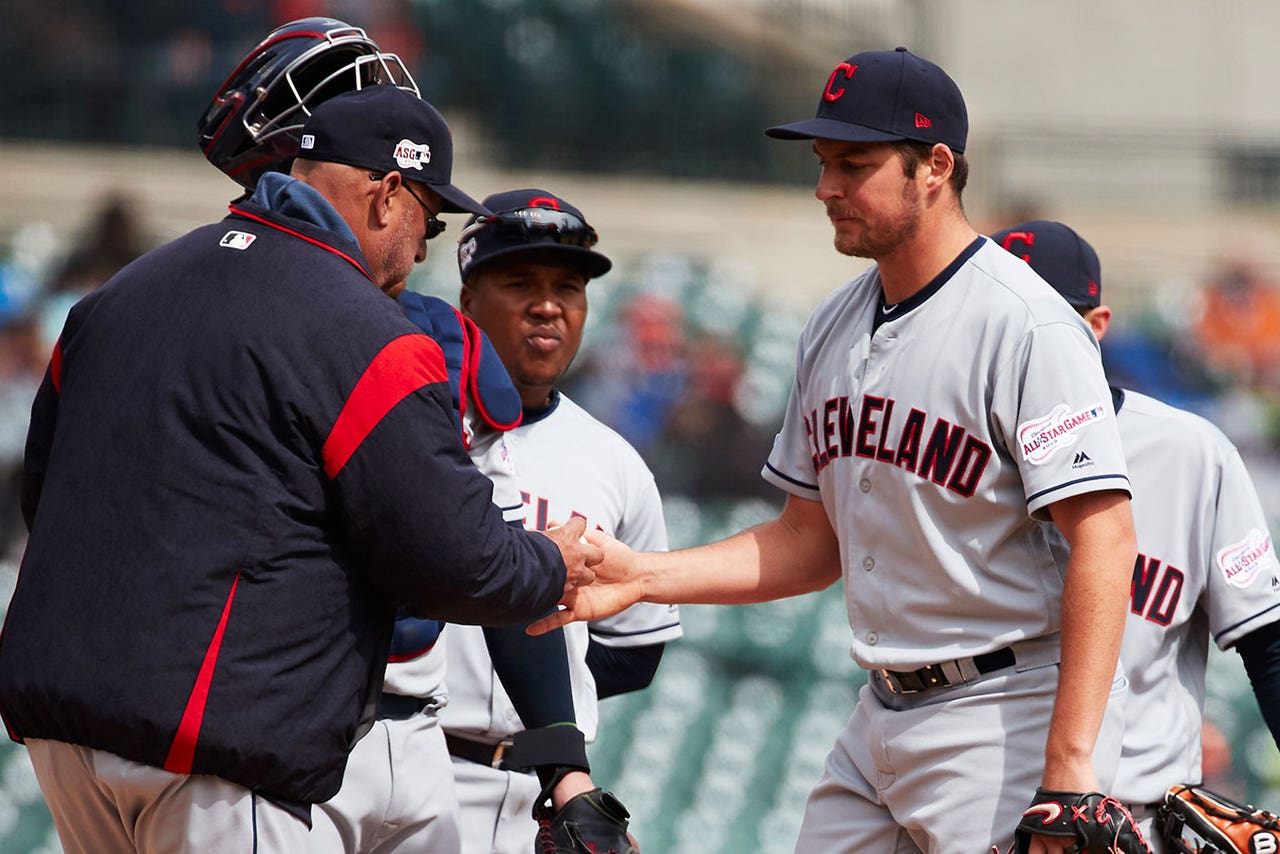 Miguel Cabrera singled with two outs in the first, and Goodrum sent the next pitch over the right-field wall.

Hicks homered leading off the sixth for a 3-1 lead, Gordon Beckham doubled with one out, and Josh Harrison singled on a bouncer up the middle to chase Bauer.

Matt Boyd (1-1) allowed one run and four hits in six innings with six strikeouts that raised his total to 29 in 17 1/3 innings over three starts.

Hanley Ramirez hit an RBI double in the sixth, but Boyd ended the inning by striking out Jake Bauers with runners on second and third.

Joe Jimenez walked the bases loaded with two outs in the eighth. Buck Farmer got pinch-hitter Greg Allen to ground into a forceout.

Tigers: CF JaCoby Jones (shoulder) had his minor league injury rehabilitation assignment moved from Class A Lakeland to Triple-A Toledo. The Tigers hope Jones, who hit .211 in five games with Lakeland, can make his season debut early next week.

Gardenhire won his 1,140th game and tied for 50th with Tom Kelly. Gardenhire served as a coach with the Twins under Kelly from 1991-01, then replaced him as Minnesota's manager.