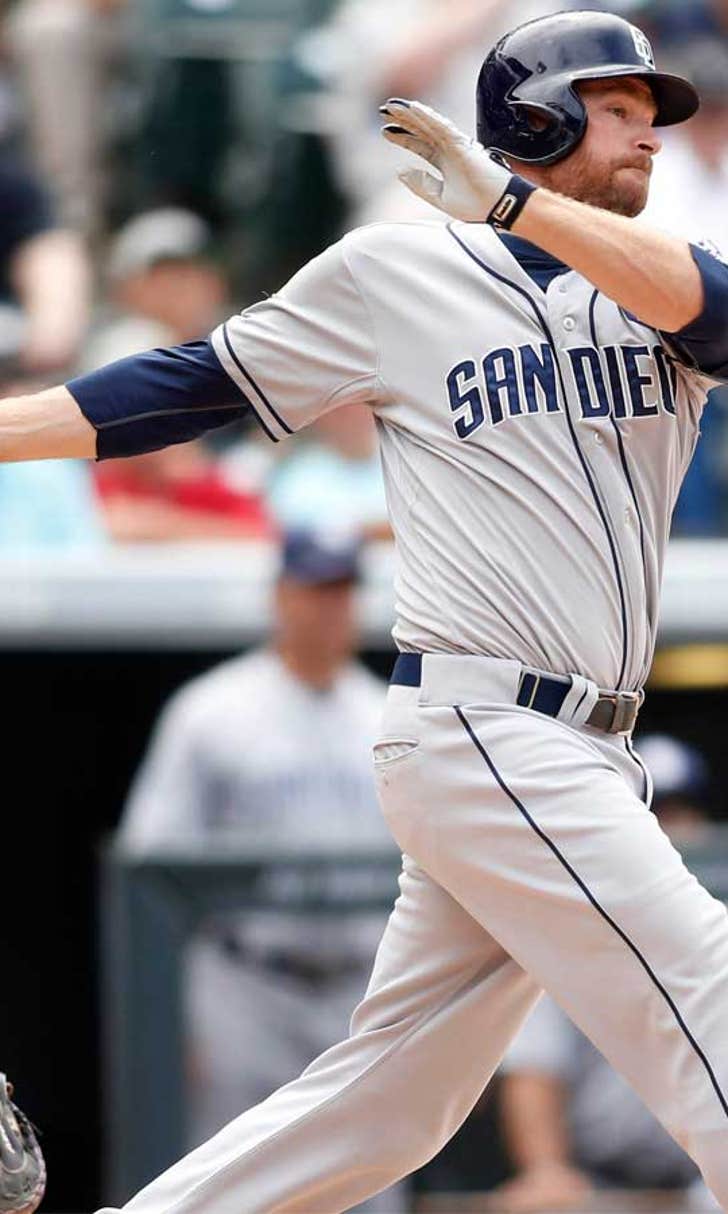 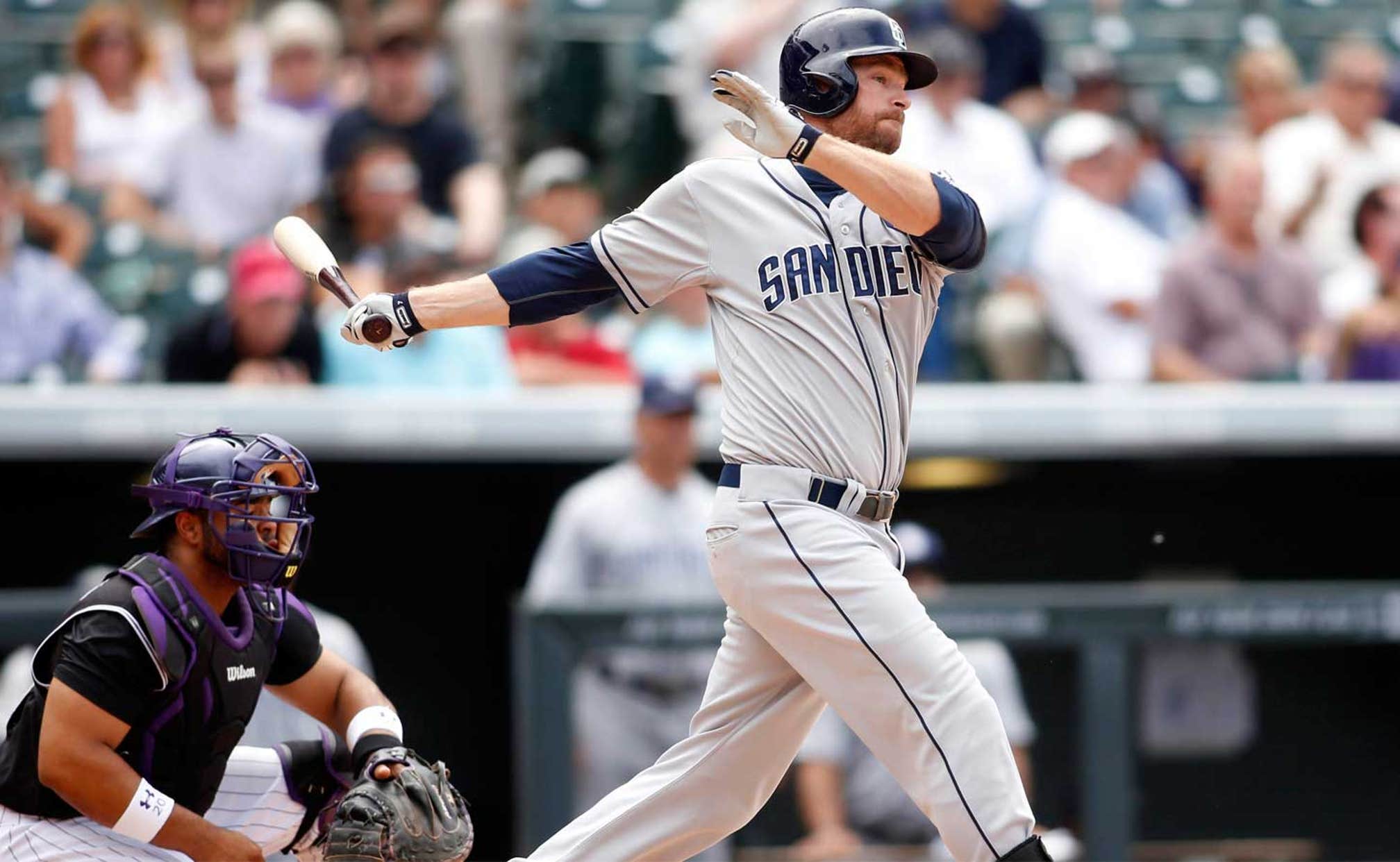 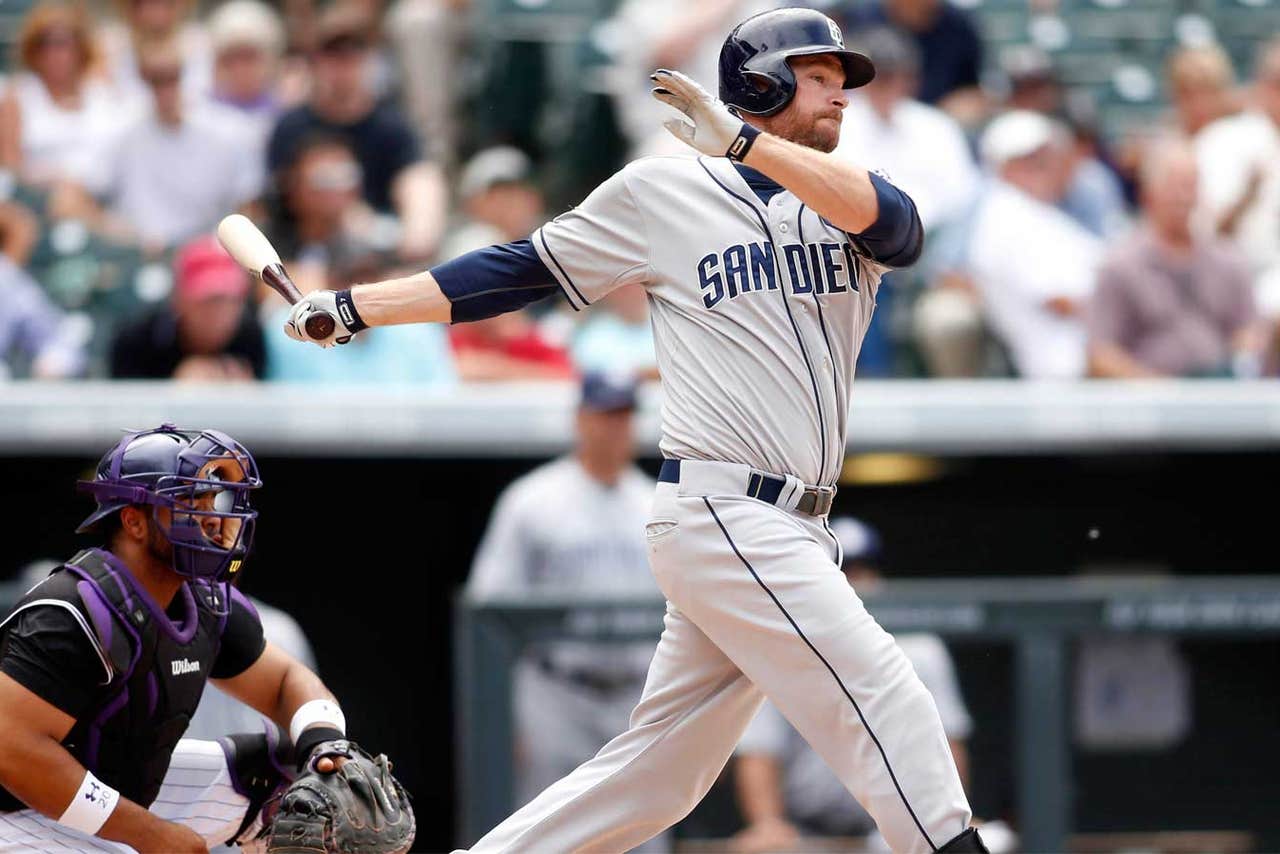 This series was more a continuation of what we've seen this season as opposed to what we saw last week, a discouraging sign considering that the Padres had a chance to creep into shouting distance in the NL West. The bats were boom-or-bust and the pitchers were good, but that combination isn't getting it done these days in San Diego.

The starting staff worked 20 effective innings, giving up just 11 hits and four earned runs in the process. They may not be overpowering (13 strikeouts and eight walks), but they are as effective a contact-staff as there is in the big leagues, and while that is a dangerous way to live, San Diego holds the fourth lowest team ERA. There has been plenty to like with new-comer Odrisamer Despaigne, a rookie pitcher who has now given up a mere 11 hits in three professional starts. Sure, he has three more walks than strikeouts, but when you consider that his three strong outings have come against divisional foes, Despaigne has earned himself a spot in the rotation even when Andrew Cashner returns.

As good as the Friars' starters were, the Giants trio was even better. They all recorded quality outings, notching a 1.93 ERA in the process. Tim Lincecum didn't have his no-hit stuff, but a three-hit one-run performance is hardly a disappointment.

The starters were out-performed, but the 'pen didn't help, as the Giants routinely expanded their advantage late in games. In eight innings of work in this series, they surrendered eight hits and six runs against a struggling Giants offense. Dale Thayer's inability to get a late shutdown inning directly cost San Diego the game on Saturday, as he gave up three straight extra base knocks in the 10th inning. Even All-Star snub Huston Street was unable to escape the carnage, as he blew his first save of the season on Saturday night.

As you can imagine, the success of San Fran's starting staff came at the expense of the Padres' bats. Two-thirds of San Diego's run-scoring plays came via the sacrifice or the home run, a style of production that stunts rallies in a big way. The fact that Alexi Amarista, Brooks Conrad, and Yasmani Grandal all homered is a positive, but the middle of this order continued to offer very little (and if you subtract Chase Headley's four-hit Friday, they contributed next to nothing). The score would indicate a close game on Sunday, but with San Diego putting only one runner in scoring position all day long, they were lucky to get the three runs that they did.

A split in the season's first half with a division leader isn't a bad thing, but it's hard to not feel that the Padres left some important games on the table this weekend.

With each passing series, it is becoming more and more obvious that the NL West is a two-team race for the top spot and a three-team race for third place. After an encouraging six run "outburst" on Monday, the Padres anemic offense was too weak to take advantage of the thin Colorado air, as San Diego scored just four runs in the next 18 innings, a total that simply won't get it done at Coors Field.

Given the hitter-friendly nature of the ballpark, the starting staff did the best they could to keep the Padres in every game of this series. Ian Kennedy (7 innings, 6 base runners, 1 earned run, and nine strikeouts) paced a rotation that boasted a very solid 3.00 ERA and recorded 10 punch outs for every walk issued. Despite losing the series, San Diego's starters held the statistical edge over their Colorado counterparts (4.96 ERA and 1.22 WHIP).

The bullpen looked dominate until the last minute. In their first six innings of work, the relievers gave up just three hits while walking one and striking out 10, but things came undone when Joaquin Benoit entered Wednesday's game in the eighth inning. The elite setup man, who is considered to be on the trade block given the need for late inning arms on a variety of contenders, gave up three hits (including home runs to Drew Stubbs and Troy Tulowitzki) and three earned, suffering his first loss of the season. The collapse was especially disheartening because the Padres had battled back from an early 2-0 deficit and seemed to have the momentum. The wind was taken out of the visitors' sail and they went down in the ninth inning without making a real threat to mount a comeback.

The offense was underwhelming, but there were a few bright spots. In the series opener, Chase Headley notched four hits for the second time in a four game stretch and Rene Rivera reached base in all four of his plate appearances. Rivera clubbed his sixth homer of the season on Tuesday, a game in which Chris Denorfia notched three hits from the leadoff spot, a position in the batting order that needs to be filled with Everth Cabrera on the shelf. But Denorfia was the only starter hitting in the top two thirds of the order who did anything, as he was the only 1-7 batter to record more knocks than strikeouts. Last night, Jake Goebbert and Seth Smith (all 10 of his homers this season have come against RHP) connected for long balls, but the offense sputtered otherwise. Denorfia was once again productive, this time from the two-hole, and finished the series with six hits. The offense was a bit better than normal, but not enough given the confines, and once again resulted in solid pitching going by the wayside.

Good teams find a way to at least break even in this week, but the Padres were not up for the challenge. They were competitive in every game, a direct result of the starting pitching, but they simply couldn't produce runs when they needed it most. It is impossible to not consider the 2014 Padres sellers as we approach the trade deadline, so we could see some moves in the coming weeks. I would say a reasonable goal for this team is to finish third in the division, and while that won't lead to a playoff berth, it should bring the competitive spirit that is needed to play October baseball one day. The Padres wrap up the season's first half with a four-game set in Los Angeles against the Dodgers.