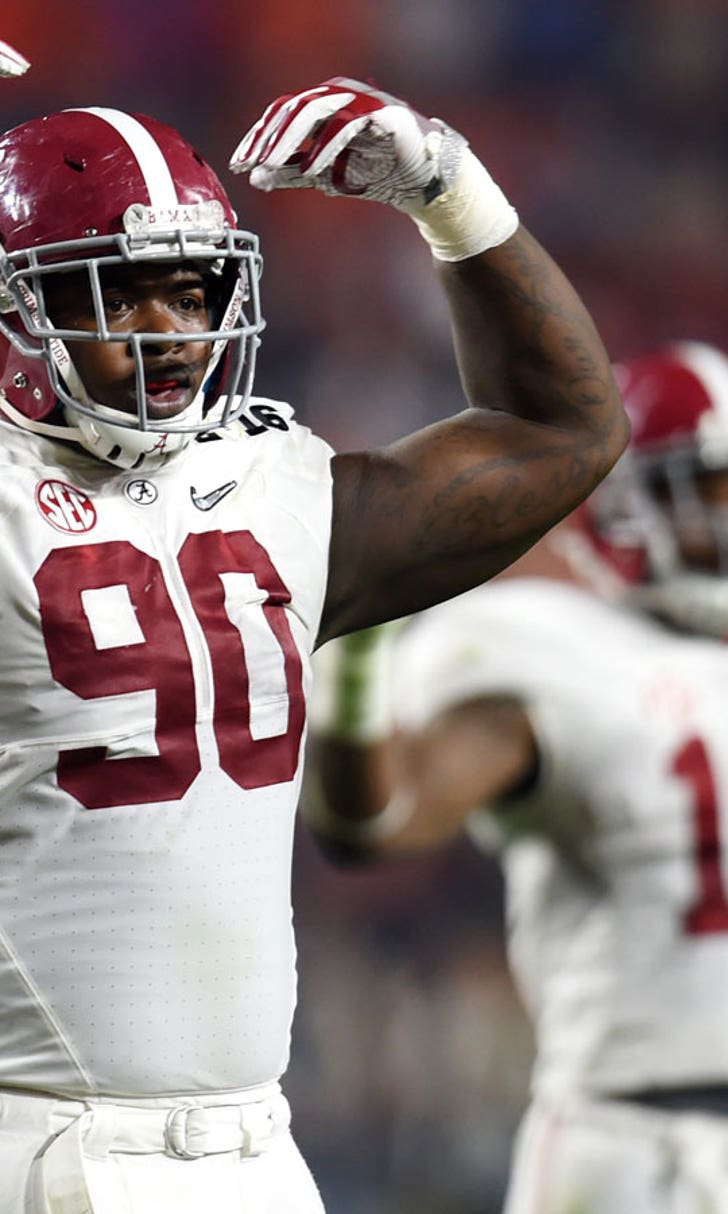 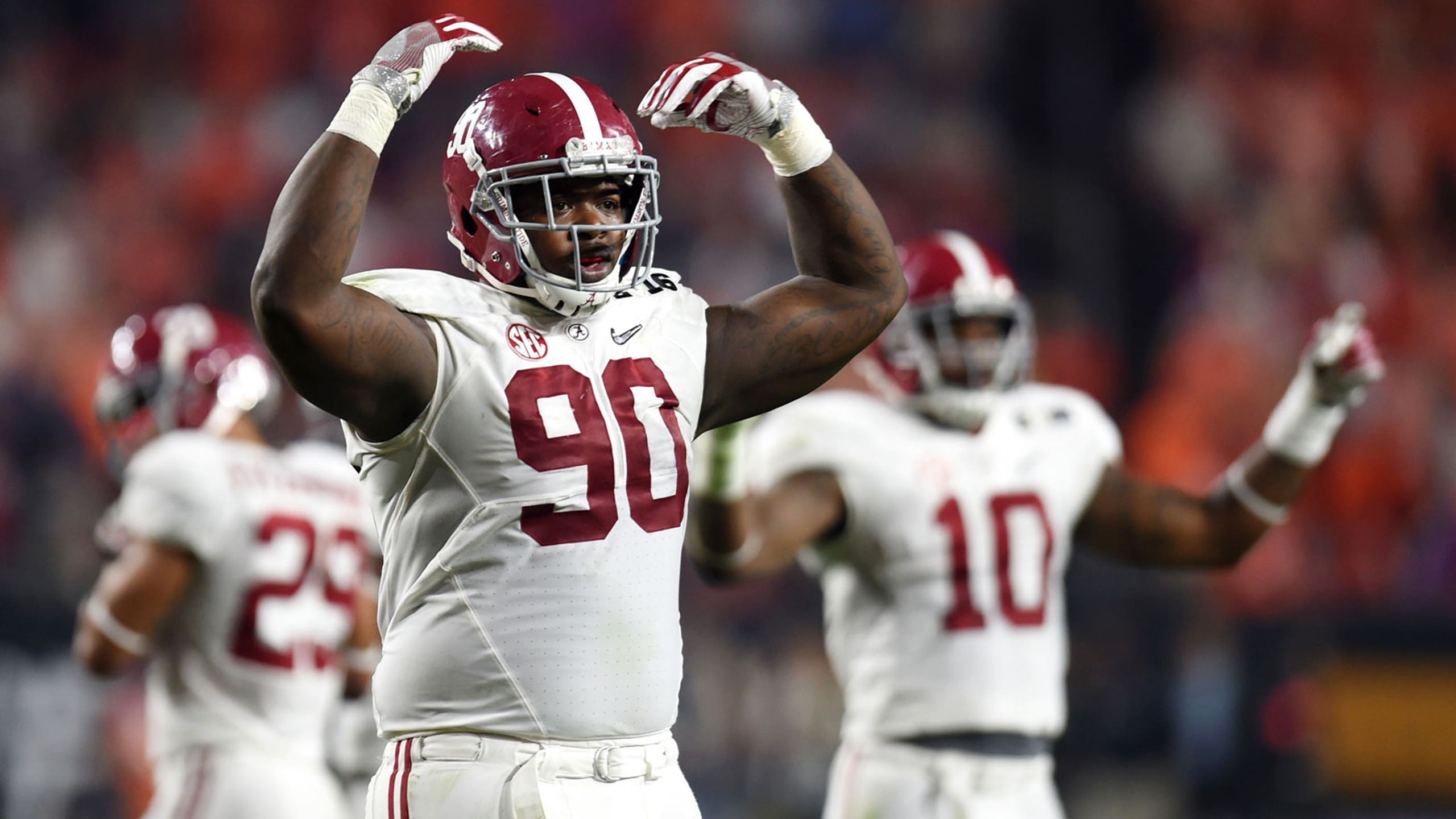 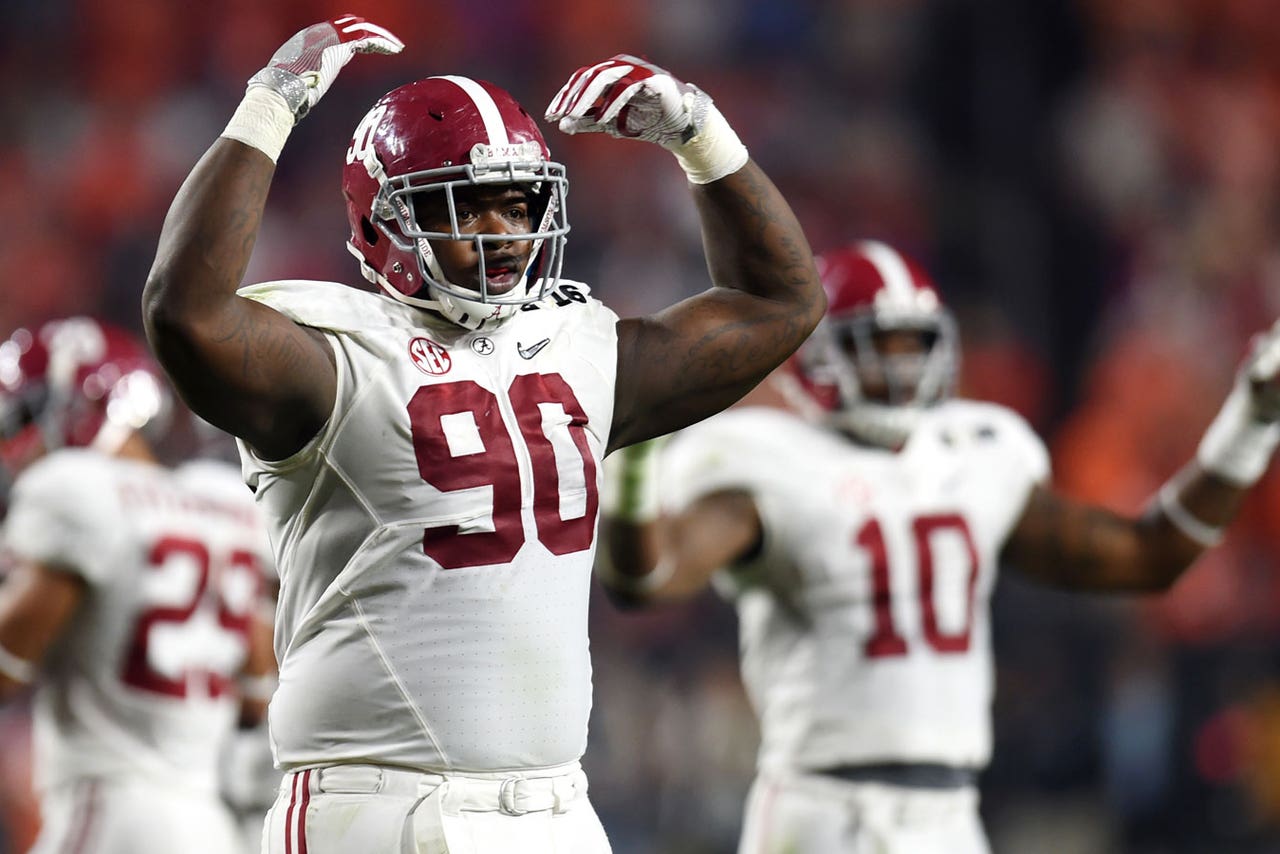 The Green Bay Packers, as usual, haven't made a splash in free agency.

However, other teams have and the Packers have re-signed some of their own players, and those have had an effect on the mock drafts around the web (or at least some of them).

In addition, since our last mock roundup, Green Bay has received compensation picks in the form of two additional fourth-rounders, thus affecting some mocks which go beyond the first round.

Once again, if we included a mock previously (some of the ones we had before have not been updated since), we'll also include the picks from that earlier mock draft (note: some mocks update often; we'll just include the pick we used). Not all mocks have updated since our last roundup, so if you are curious, click on the links off on the side for the previous mocks. We'll continue to provide updates leading up to the start of the draft, April 28.

And now, here's the fourth look of who the prognosticators think Green Bay will take in the NFL Draft:

Jared Dubin of CBSSports.com (March 17): Kenny Clark, DT, UCLA. "Especially now that B.J. Raji is taking a hiatus, the Packers could use a big body to help along the defensive front." (Previously: Clark.)

Chris Burke of SI.com (March 16): Jarran Reed, DT, Alabama. "Even with B.J. Raji opting for retirement, the Packers still have enough bodies up front to survive. That does not mean, however, that they would (or should) pass on Reed, an early-down wrecking ball. There may not be as many questions about the Packers' inside linebackers if the defensive line can put up more resistance." (Previously: Reed.)

Walter Cherepinsky of WalterFootball.com (March 16): Round 1 -- Eli Apple, CB, Ohio State. "The Packers can opt to go with one of the top players available at this juncture while also addressing an area that lost Casey Hayward to free agency this offseason. A cornerback isn't really needed, as the front office spent early choices on Damarious Randall and Quinten Rollins last year, but if the Packers like Eli Apple enough, they'll take him, especially since he appears to be a great scheme fit."; Round 2 -- Austin Hooper, TE, Stanford; Round 3 -- Kenyan Drake, RB, Alabama; Round 4a -- Jerald Hawkins, OT, LSU; Round 4b -- Anthony Zettel DT/DE, Penn State; Round 4c -- Kenny Lawler, WR, California; Round 5 -- Travis Feeney, ILB, Washington. (Previously: Round 1 -- Shaq Lawson, DE/OLB, Clemson; Round 2 -- Hooper; Round 3 -- Drake; Round 4 -- Hawkins; Round 5 -- Antonio Morrison, ILB, Florida.)

Josh Norris of Rotoworld.com (March 16): Jarran Reed, DT, Alabama. "Who knows what the Packers are doing... They could go with an inside linebacker to allow Clay Matthews to move to the edge. Or they could continue to add bodies up front with a few impending free agents along the defensive interior. We know Reed holds up well against the run, and he has more upfield ability than his teammate A'Shawn Robinson." (Previously: Reed.)

Eric Edholm, Yahoo.com (March 16): Andrew Billings, NT, Baylor. "The annual 'What will Ted Thompson do?' guesses are amusing, as he has stuck to a pretty rigid best-available mantra for some time now and ignored fans' requests to upgrade at certain positions (tight end, inside linebacker) very high in the draft for years now. That's why projecting them to fill a need, which nose tackle is now, is a bit dangerous. But Billings is a bullishly strong nose who can penetrate, and the loss (hiatus?) of B.J. Raji means the Packers must do better than Letroy Guion for 600 snaps this season." (Previously: Leonard Floyd, OLB, Georgia.)

Will Brinson of CBSSports.com (March 16): Andrew Billings, NT, Baylor. "With free agent B.J. Raji reportedly retiring at the age of 29, the Packers have more needs on the interior of their defensive line. Billings is a big body who fills a role here." (Previously: Hunter Henry, TE, Arkansas.)

Jon Ledyard of USA Today's DraftWire.com (March 16): Jarran Reed, DT, Alabama. "The rich get richer on the back end of the first round, as Jarran Reed is a legitimately dominant nose tackle with the athleticism to play multiple techniques along the defensive front. He's straight-up immovable at the point of attack, and is probably a top 15 talent in this year's draft. Not a sexy pick, but the perfect replacement for B.J. Raji in the Green Bay defense." (Previously: Reed.)

Cris Collinsworth of Pro Football Focus (March 15): Reggie Ragland, ILB, Alabama. "This unanimous All-American and SEC Defensive Player of the Year would be perfect for the Packers. They just can't find anyone to allow Clay Matthews to go back to playing on the edge. Ragland would solidify the inside linebacker position, but still give the Packers the versatility they love on defense with Dom Capers."

Daniel Jeremiah of NFL.com (March 14): Andrew Billings, NT, Baylor. "Billings would provide the Packers with a strong, steady presence in the middle of their defense." (Previously: Billings.)

Dan Kadar of SBNation/Mocking the Draft (March 14): Kenny Clark, DT, UCLA. "The Packers may have given multi-year contracts to Mike Daniels and Letroy Guion, but they still need a versatile lineman on the front of the defense. Clark is capable of playing over the nose or at end, and showed it in UCLA's three-man front." (Previously: Vernon Butler, DT, Louisiana Tech.)

Rob Rang of NFLDraftScout.com (March 14): A'Shawn Robinson, DT, Alabama. "Veterans Julius Peppers and B.J. Raji remained effective for the Packers in 2015, but they aren't getting any younger. The 20-year-old Robinson, on the other hand, is a 6-4, 307-pound man-child with the length, strength and experience in a two-gap system to contribute immediately." (Previously: Kenny Clark, DT, UCLA.)

Pete Prisco of CBSSports.com (March 13): Reggie Ragland, ILB, Alabama. "They are moving Clay Matthews back to the outside, so getting a run-thumper inside would make a lot of sense." (Previously: Andrew Billings, DT, Baylor.)

Pete Fituak of collegefootballnews.com (March 11): Andrew Billings, DT, Baylor. "Done. Others might be thinking about Billings, but the Packers need a defensive tackle, and they should have the big guy from Baylor right there for the grabbing. It could be A'Shawn Robinson or Vernon Butler if either one is here and Billings is gone." (Previously: Hunter Henry, TE, Arkansas.)

Pat Kirwan of RealFootballNetwork.com (March 10): Hunter Henry, TE, Arkansas. "The Packers could go in many directions, but a versatile tight end has been missing for years. This guy will be a solid middle of the field threat and open up the run game." (Previously: Reggie Ragland, ILB, Alabama.)