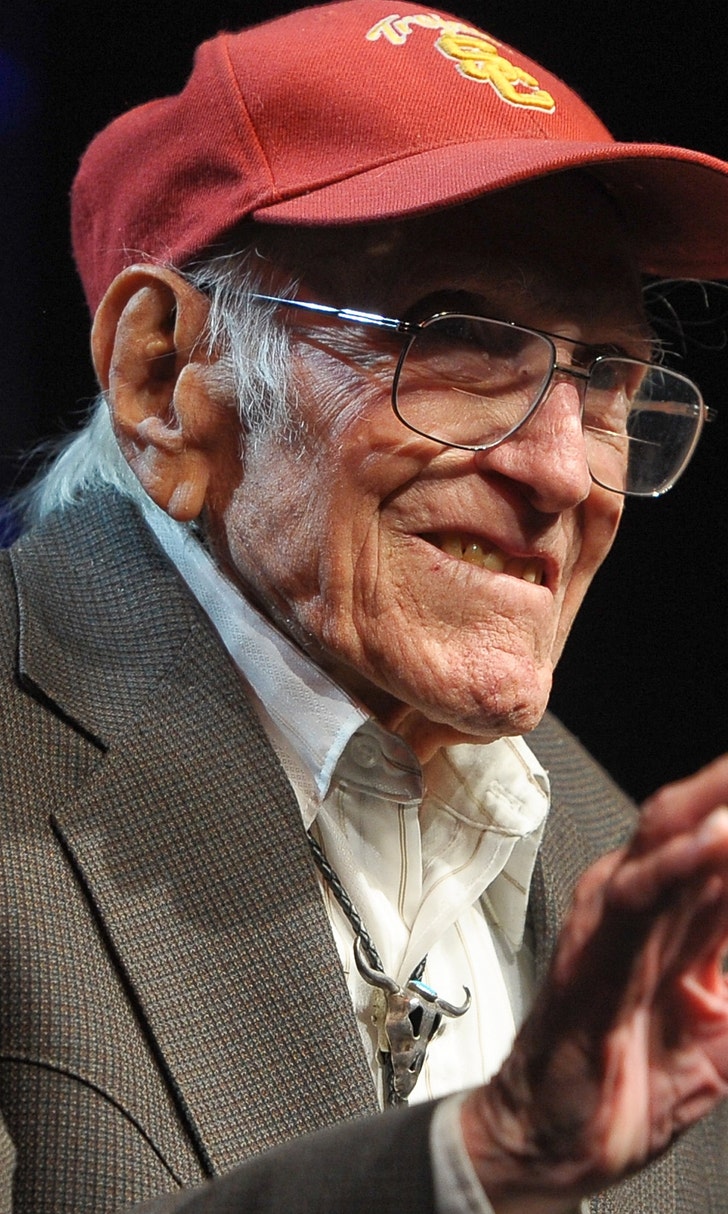 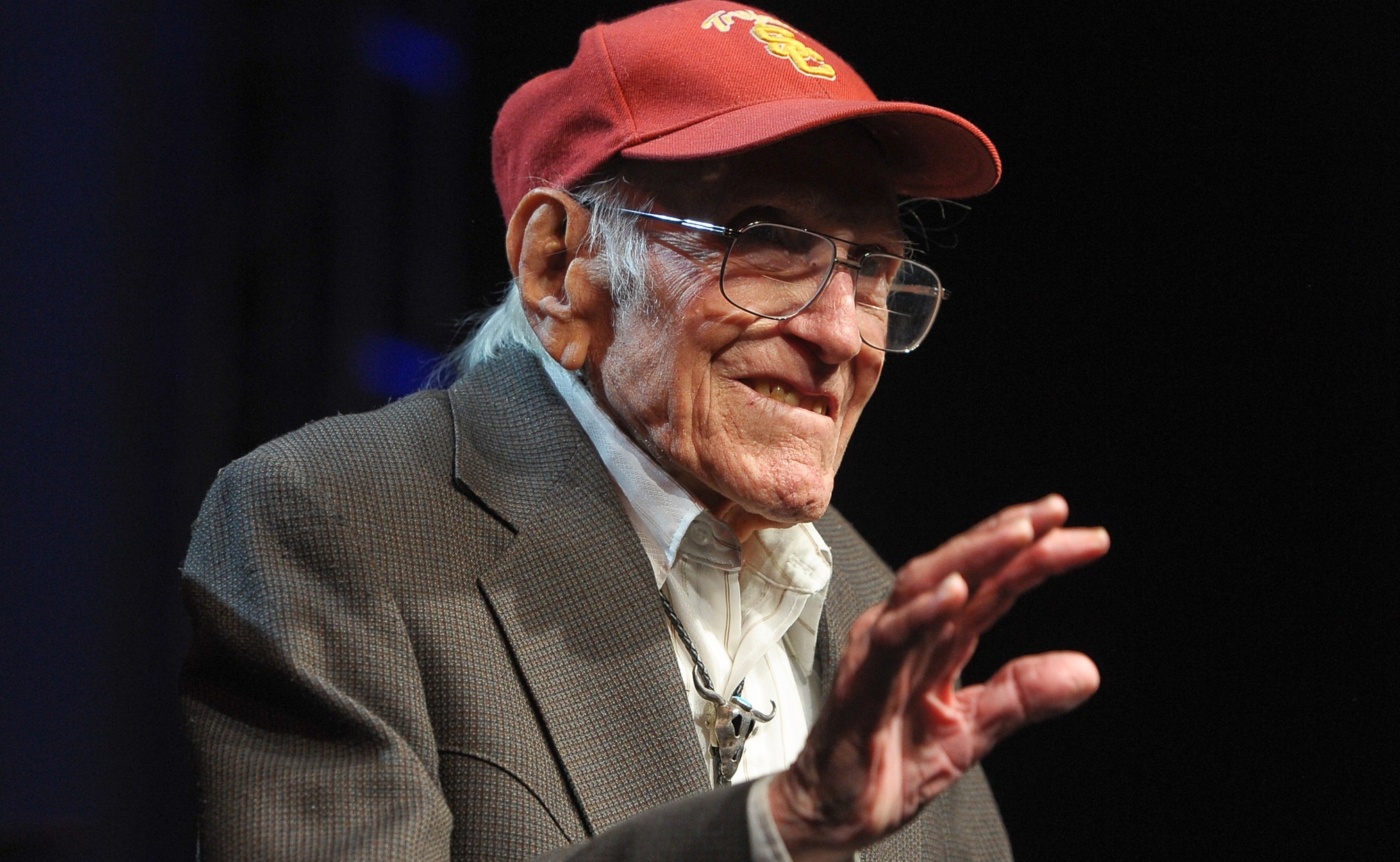 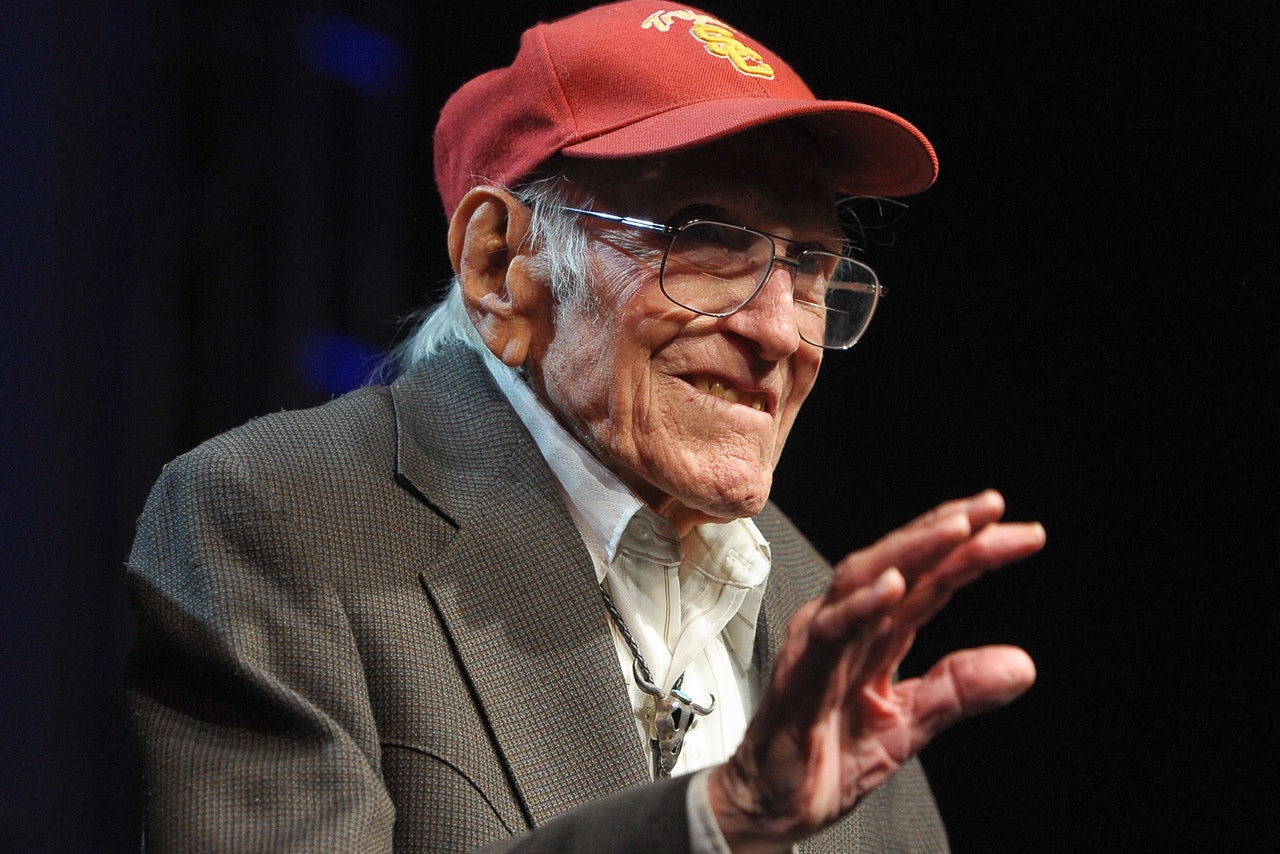 An Olympic athlete who went on to become a World War II hero and inspire a bestselling novel, Louis Zamperini, was named the 2015 Tournament of Roses Parade's grand marshal Friday in Pasadena.

"He is the very definition of an inspiring story," Chinen said.

Having grown up in Torrance, Zamperini said he was familiar with the procession and looked forward to sharing his experience with his friends and family on Jan. 1 at the 126th Rose Parade.

A standout track-and-field star at USC, Zamperini competed in the 1936 Olympics in Berlin, where he was the top U.S. finisher in the 5,000-meter race.

Pressure is on for #usc to make it to Rose Bowl, Luke Zamperini said. Calls his Dad "the greatest Trojan that ever lived" #roseparade

He retired from running during World War II and joined the U.S. armed forces. While serving as a bombardier on a reconnaissance mission, his aircraft crashed into the Pacific Ocean. He survived 47 days on an inflatable raft in shark-infested waters until being captured by the Japanese.

Zamperini remained in captivity for two years, during which time he was tortured, and was eventually listed as being killed in action by the U.S. government. A book about his life experiences "Unbroken: A World War II Story of Survival, Resilience and Redemption," was a bestseller and a film adaptation directed by Angelina Jolie is scheduled to be released later this year.

In a statement, Zamperini said it was "such an honor" to be named grand marshal.

"Growing up in Torrance, the parade route on Colorado Boulevard is one I have been familiar with my whole life," he said. "I look forward to sharing the experience with my family and all the fans of the Rose Parade who will be watching."

Legendary Dodgers broadcaster Vin Scully served as grand marshal for this year's parade, which follows a more than five-mile route down Colorado Boulevard.