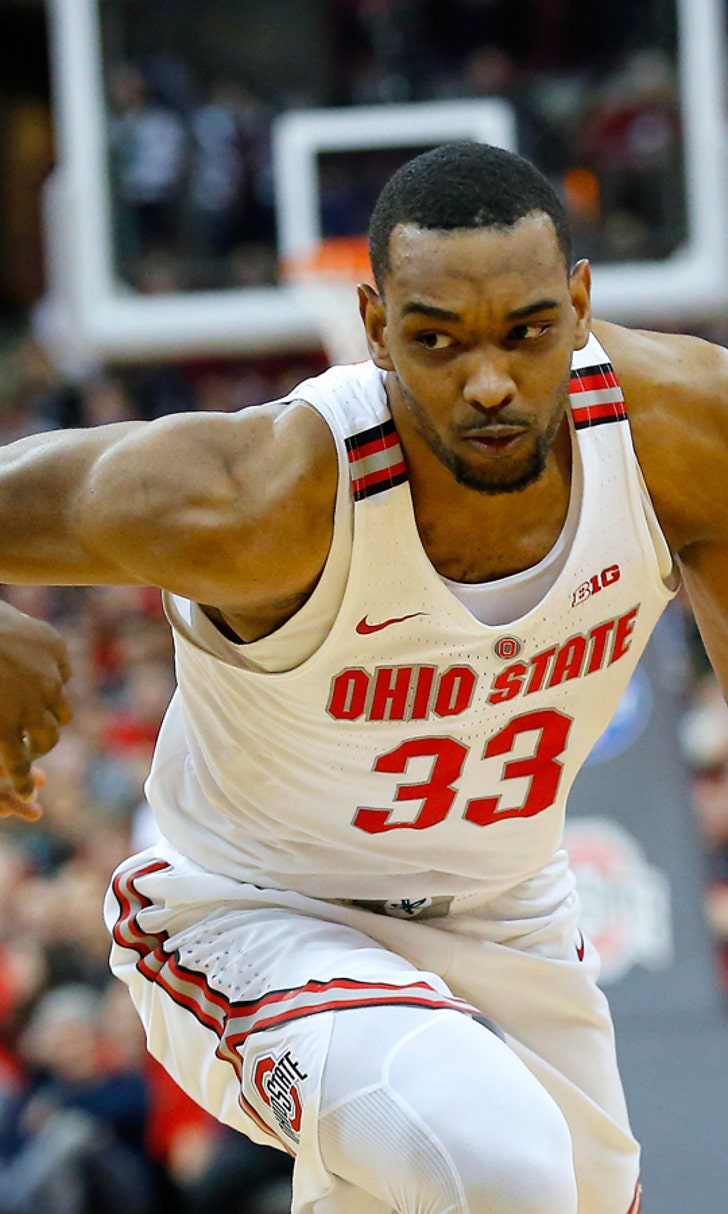 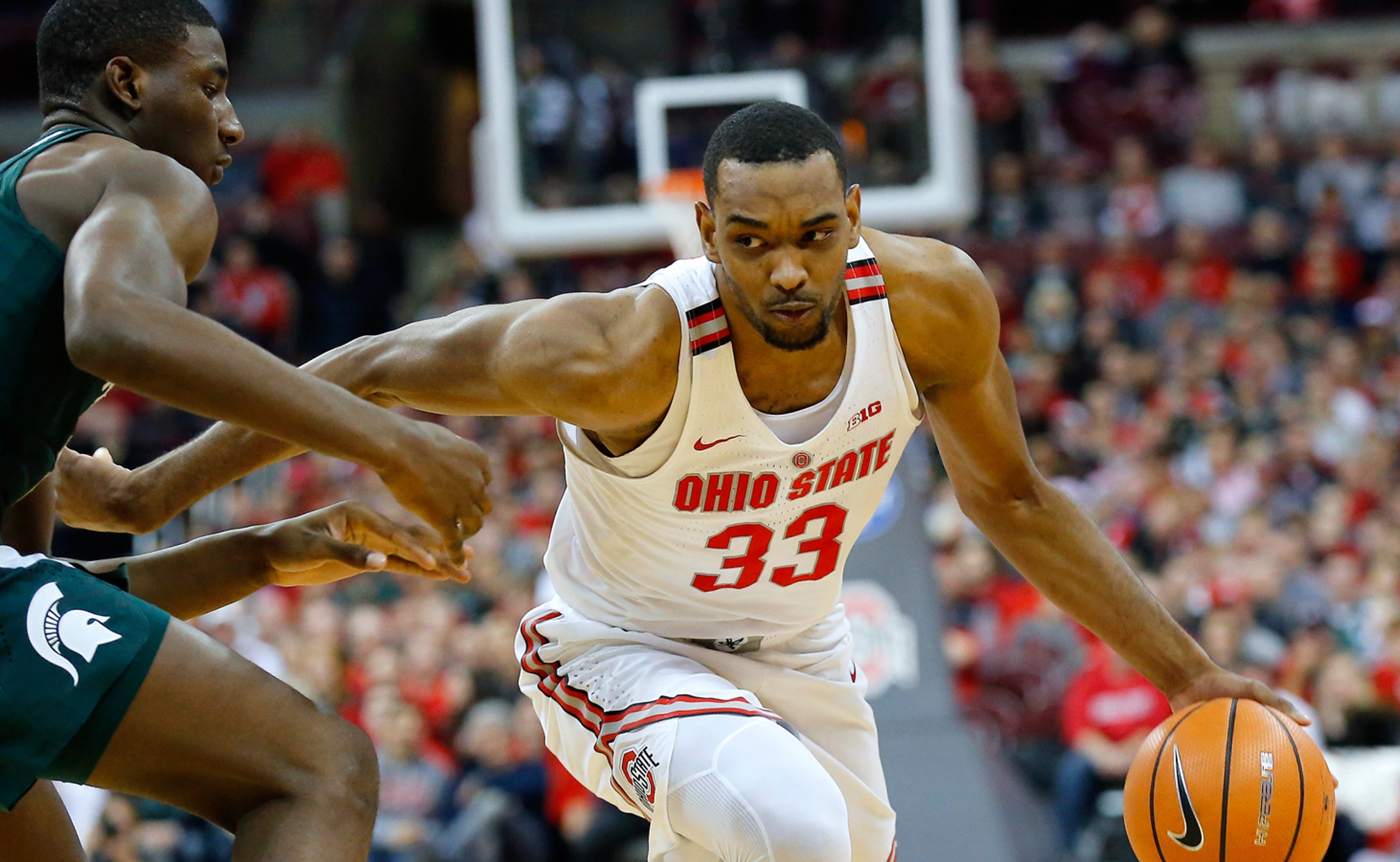 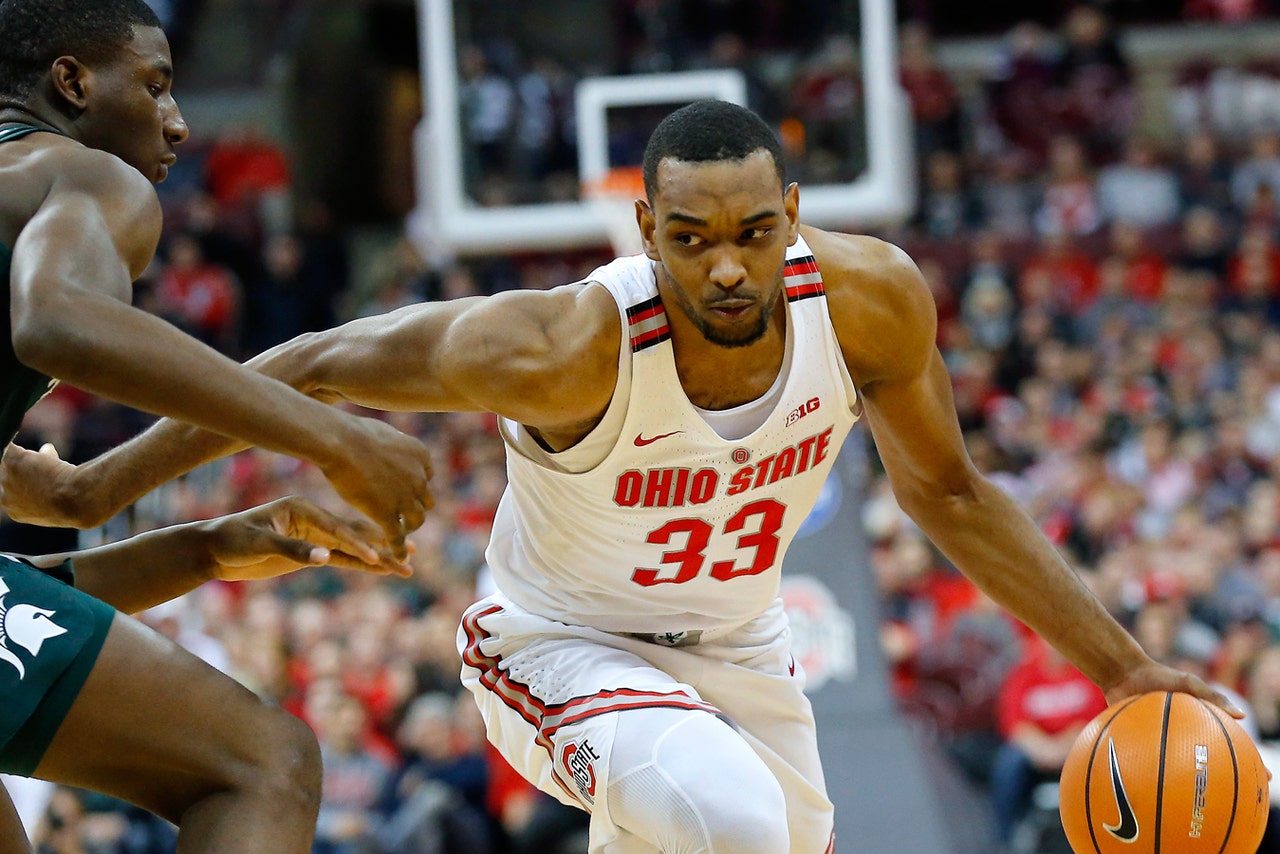 COLUMBUS, Ohio (AP) -- After missing the NCAA Tournament the last two seasons, roster shake-ups and a coaching change, Ohio State surged back toward national relevance with a signature win over the country's top-ranked team.

Keita Bates-Diop scored a career-high 32 points, and the surprising Buckeyes stunned No. 1 Michigan State 80-64 on Sunday, bringing the fans at Value City Arena streaming onto the court to celebrate.

"This is a moment our fans and our players will remember for a long time," first-year coach Chris Holtmann said. "It feels really good."

Ohio State (13-4, 4-0 Big Ten) put together an electrifying 12-0 run to finish the first half and then kept its foot on the gas to win its third straight and take down the best team it is likely to see this season. The mistake-prone Spartans (15-2, 3-1) lost for the first time in their last 15 games, dating back to a seven-point loss to then-No. 1 Duke on Nov. 14.

The Buckeyes thumped a Michigan State team that was leading the nation in most offensive categories but shot poorly and committed a dozen turnovers.

"We all knew we could do it," said Ohio State forward Jae'Sean Tate, who scored 13 points. "And that's where it all started. You can't go into a game against a team like Michigan State not believing that it's possible to win. I think that's the biggest factor of us winning tonight, just the belief that we could do it."

The Buckeyes blew some big leads last season, and Tate said they didn't feel safe until the last minute of the game, despite being up by 14 at the half and leading by as many as 25 in the second half.

The Spartans, who came in leading the nation with a 53.3 field-goal percentage, shot just 39 percent. Joshua Langford and Miles Bridges each scored 17 points.

Michigan State coach Tom Izzo said a confident Ohio State team ran into the Spartans on an off day. The Buckeyes were ready for them. It was a simple as that.

"Don't go searching now," Izzo said. "We're 15-2 and we had great practices. There was no thinking that we were better than we are. We ran up against a team that played awfully well, and the place was hopping."

Bates-Diop hit 12 of 21 attempts from the floor, including 2 of 4 from the 3-point line. He had tied his career high with 27 points against Iowa three days ago. C.J. Jackson added 14 points for Ohio State.

Kam Williams opened up the second half with a slam, and the Buckeyes never trailed again. Michigan State pulled to within 14 points with 6:25 left but couldn't get closer.

Michigan State: The discombobulated Spartans let the game slip away at the end of the first half and couldn't adjust in the second. Michigan State will surrender the top ranking, likely to No. 3 Villanova after No. 2 Duke lost on Saturday night.

Ohio State: The Buckeyes made the most of their momentum and played solid defense to pull off the upset.

ARE THE BUCKEYES BACK?

Bates-Diop stopped short of saying that Ohio State has returned to the level it reached under Thad Matta, the ex-coach who led the Buckeyes to the NCAA Tournament in nine of his 13 seasons.

"That's what we came here for, to be on those teams that are always the top teams in the country," he said. "We've had a down couple of years, obviously. ... This is the start of it."

Izzo accepted responsibility for his team's loss of momentum at the end of the first half.

Ohio State's 19-4 run starting with 4:36 left included a pair of free throws by Bates-Diop after Izzo received a technical foul for demonstratively taking issue with an official's call.