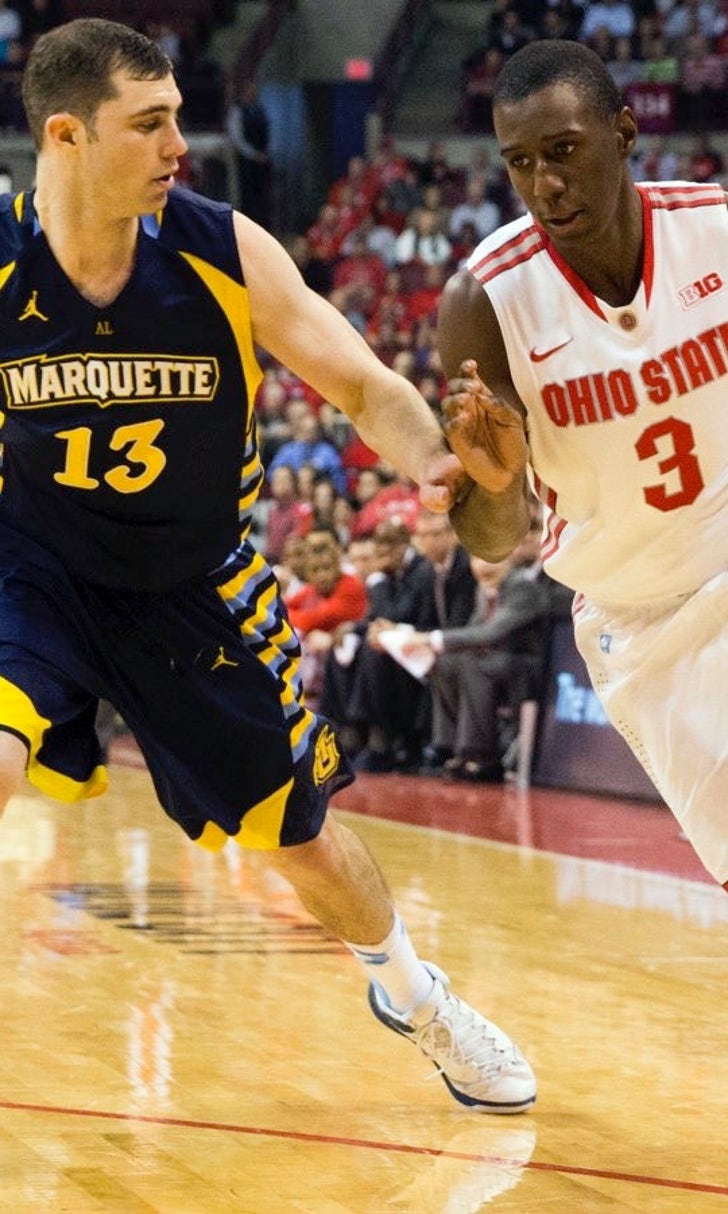 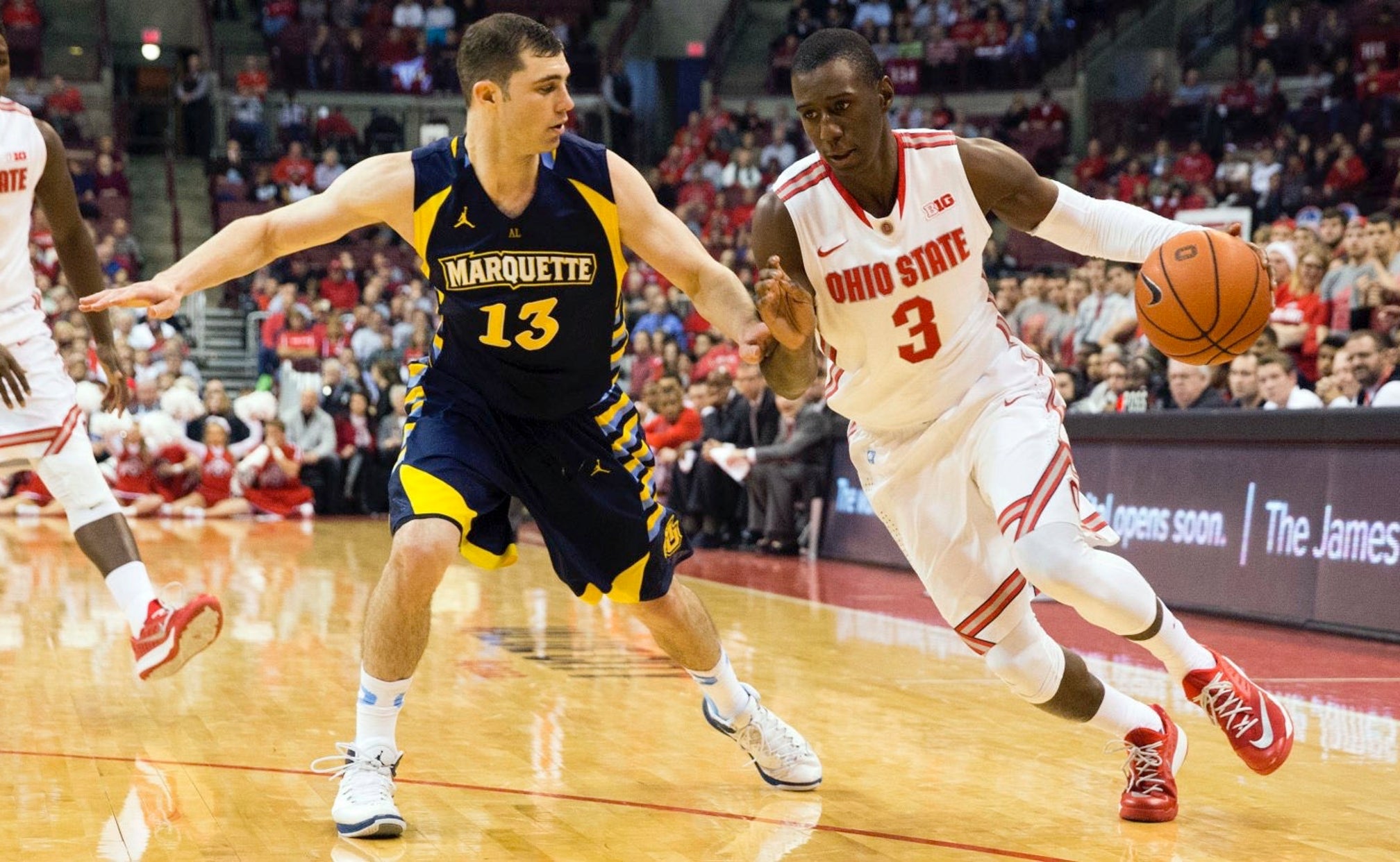 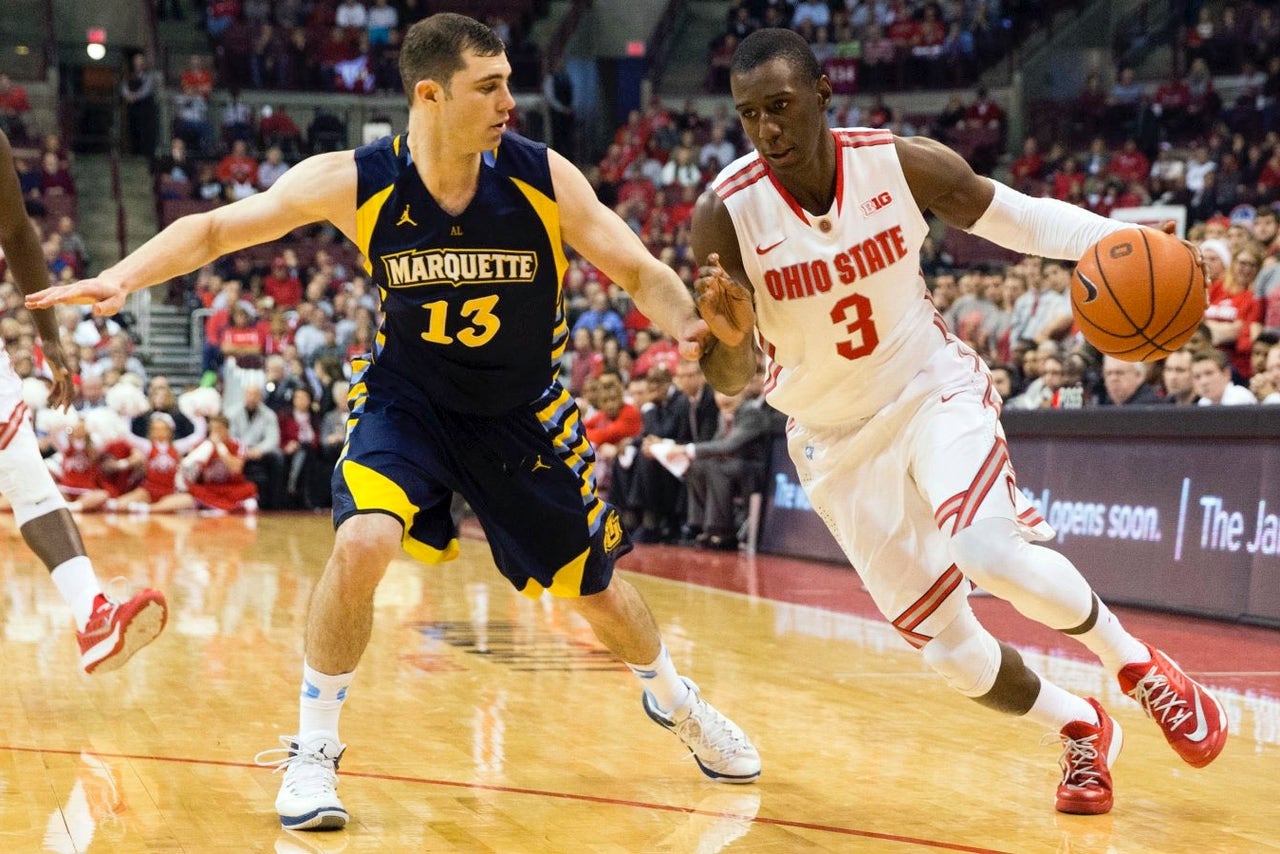 COLUMBUS, Ohio (AP) -- In a measure of how well No. 20 Ohio State is executing, all three players who came into the postgame interview room Tuesday night mentioned the word "easy."

"I just have so many weapons around me it makes the game a lot easier," Scott said of his assist total, one off Aaron Craft's school record. "Kam came into the game and played great, Amir played well (and so did) Sam, Marc, D'Angelo, Jae'Sean, Anthony, Keita, Trey ..."

Asked if he missed anyone, Scott chuckled and said, "Coach Matta, I guess."

For his part, Thad Matta was pleased with the effort but not so much with his team's 18 turnovers.

"In the first half we had our chances to open it up and just had some careless, sloppy play," he said. "We're a different basketball team and we're playing a different way. I liked the pace we played at tonight -- if we just can clean up those mistakes."

"They present a number of difficulties to defend because they have guys who have the ability to score from all five positions," said first-year Marquette coach Steve Wojciechowski. "The way that they shoot the ball is outstanding. But our transition defense was not near what it needed to be."

Kam Williams, who missed last season after contracting mononucleosis, came off the bench to hit six of eight shots from the field, making his first three 3-pointers.

"When I get in the gym I just take game shots because if I take all my game shots in practice, when it's time for the game, it's easy," he said. "Everything slows down."

The Buckeyes used a 12-2 run early to take the lead for good, then put together a series of spurts to pull away. In a 6-0 surge, Scott drove through the middle of the lane for two layups and Kam Williams added a 10-foot floater for a 56-42 lead with 10 minutes left.

Wojciechowski on Ohio State's 10-man rotation: "Look, in order to beat a team like Ohio State, you have to have max effort for 40 minutes. Right now, because of where we are, we don't have the ability to play 10 guys."

A year ago, the Buckeyes struggled to make 3-pointers. They had someone on the team who could have helped them in Williams, but they would have had to exhaust his redshirt to play him.

"I felt everybody who came into the game gave us a boost, a push, a burst of energy," Matta said.

Marquette: The Golden Eagles have one player taller than 6-foot-7 (6-11 Indiana transfer Luke Fischer) and he won't be eligible until Dec. 16 against Arizona State. Until then, Wojciechowski will go with a one-guard, four-wing alignment that is quick and versatile but, of course, lacks an inside presence at both ends.

Ohio State: For several years, Matta seldom went deeper than two or three players on his bench. Early in the season and with a young and inexperienced team, he's trying a different tactic. For the second game in a row, 10 Buckeyes scored and all got double-figure minutes.

Ohio State: The Buckeyes face Sacred Heart on Sunday in the first of four games in the Buckeye Classic.