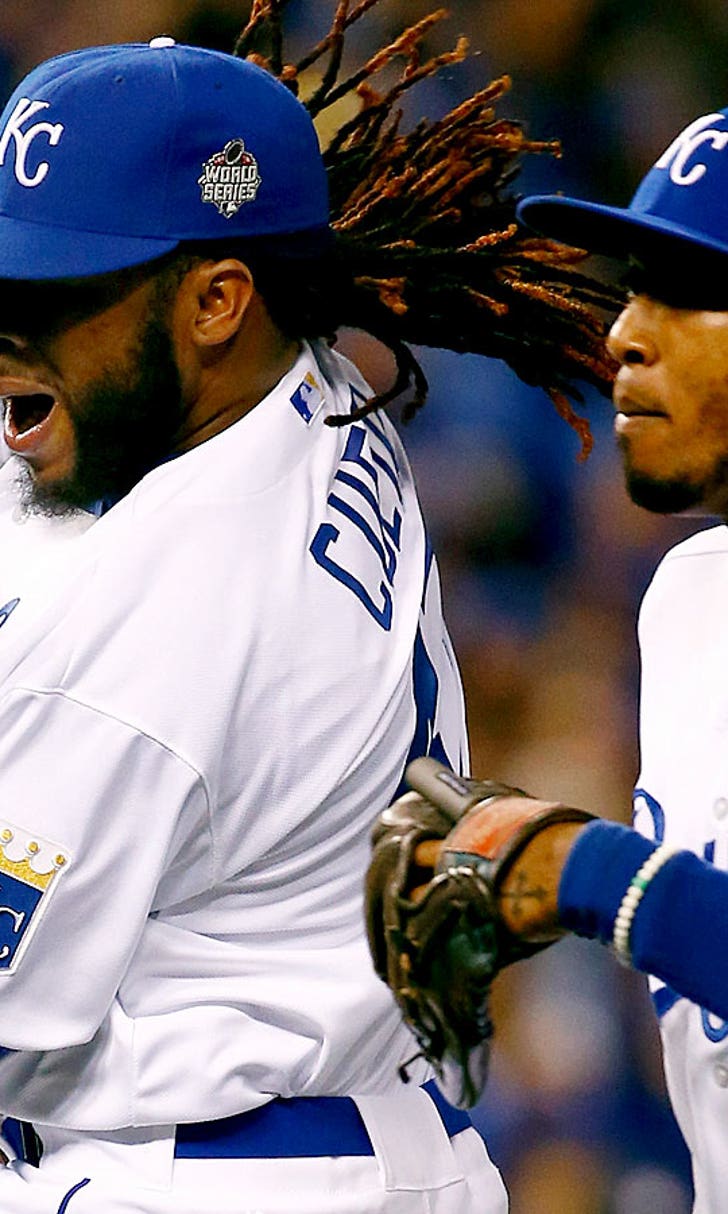 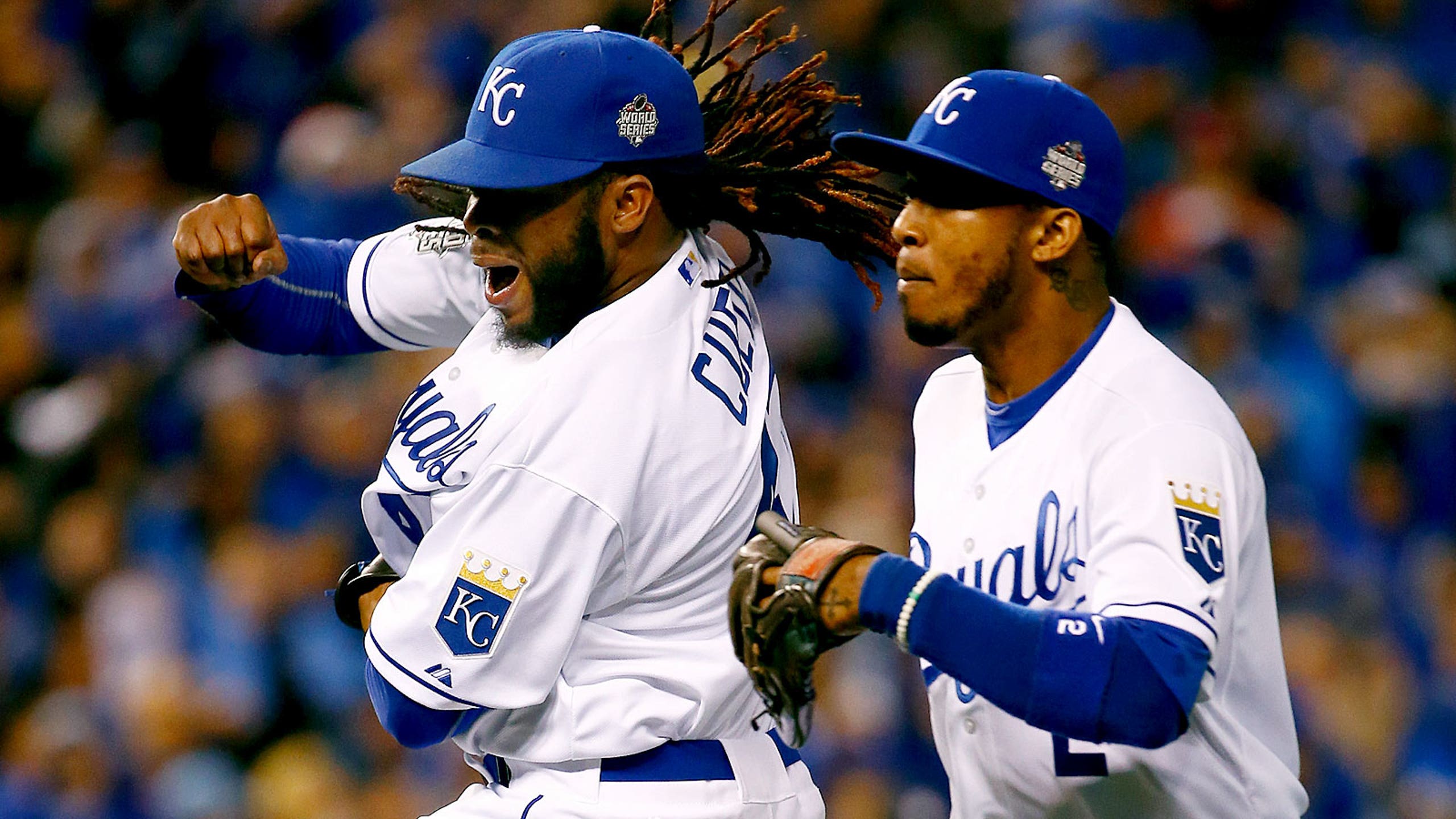 Before the World Series, I predicted the Mets would top the Royals in six games. My rationale, however irrational, was that while we had a pretty good idea of what we would get from Matt Harvey and Jacob deGrom in Games 1 and 2, we didn’t have any idea what their opposite numbers, Edinson Vólquez and Johnny Cueto, might do.

Well, that “analysis” has foundered horribly upon the Rocks of Reality. Harvey and deGrom averaged 18 swings and misses per game in the Division Series and League Championship Series. But against these contact-hitting, fastball-smacking Royals? Harvey and deGrom have averaged only five swings and misses in two games: seven for Harvey in Game 1, three for deGrom in Game 2.

Which goes a long way toward explaining how the Mets’ two best pitchers have given up seven runs in 11 innings, with only – and here’s the least believable part – four strikeouts.

So it’s the Mets’ aces who are unpredictable, and the Royals’? Why, of course they’re pitching like you’d expect them to pitch, if you didn’t know anything about them except their 2015 regular-season statistics.

OK, so Vólquez maybe a little worse. But Cueto, more than a little better!

In Wednesday night’s 7-1 Royals victory, Cueto needed 122 pitches to throw a two-hitter. Which was much like his 122-pitch two-hitter against the Nationals, just a few weeks before the Reds traded him to the Royals. The difference being that in that game, Cueto struck out 11 Nationals, while Wednesday night he struck out only four Mets (and walked three).

In hindsight, and even while it was happening, it seemed that Cueto was destined to beat the Mets, and perhaps even to make them look like Little Leaguers.

For a few moments, though, for just a few moments that composed the top of the fourth inning, things looked like they might go in a distinctly different direction than they would, in fact, go.

In the first three innings, both sides combined for just one hit: Lucas Duda’s infield single in the second.

Curtis Granderson led off with a full-count walk.

Cueto fell behind David Wright 3 and 0, but fought back and retired Wright on a foul pop.

With Yoenis Céspedes up, Cueto fell behind in the count again. Fourth straight Met. But Céspedes eventually shot a grounder toward third base, where Mike Moustakas stepped on the bag, then fired over to first base ... just wildly enough to pull Eric Hosmer off the bag by an inch, maybe two.

Duda came up next and took a strike, then floated a single into left-center field to plate Murphy with the game’s first run and push Céspedes to third.

Now, there were a lot of different ways things could have gone next. An infinite number of ways, actually. Welcome to baseball!

Cueto had already thrown 24 pitches in the inning, which isn’t dangerous but sometimes gets together with dangerous for coffee. Sometimes bran muffins, too.

So up comes Travis d’Arnaud, a pretty good hitter. Cueto starts him off with a cutter just a couple of inches outside, which d’Arnaud takes for ball one. Then Cueto, perhaps feeling just a little anxious about falling too far behind in yet another count, throws his very hardest fastball, the hardest fastball he would throw all night, but right down the middle of the strike zone. He really couldn’t have thrown it more down the middle if that’s what he’d been trying to do.

D’Arnaud did what you’re supposed to do with fastballs down the middle of the strike zone.

MLB.com posted a few dozen videos after Game 2. They got Duda’s infield single, Duda’s RBI blooper’s in there somewhere, and of course later there’s a whole series of good things happening when the Royals are batting.

But they did score seven runs, Cueto did toss a two-hitter, and the Royals have become prohibitive favorites to celebrate the 30th anniversary of their first World Championship with their second.