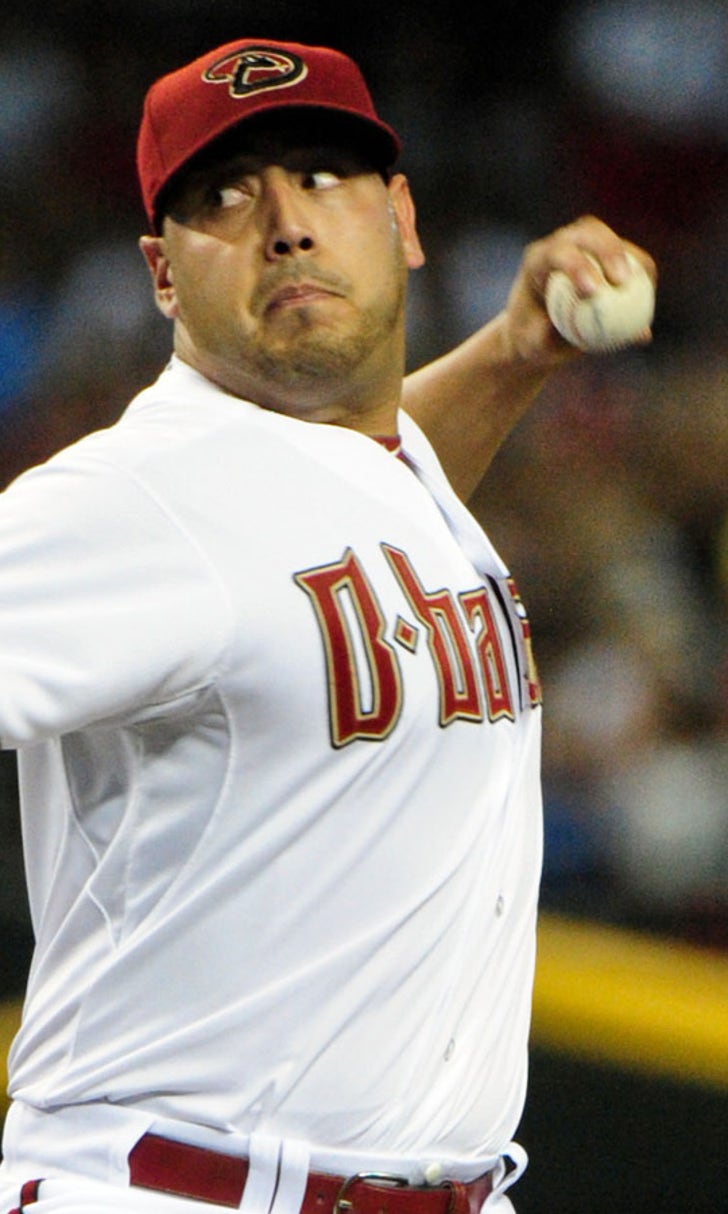 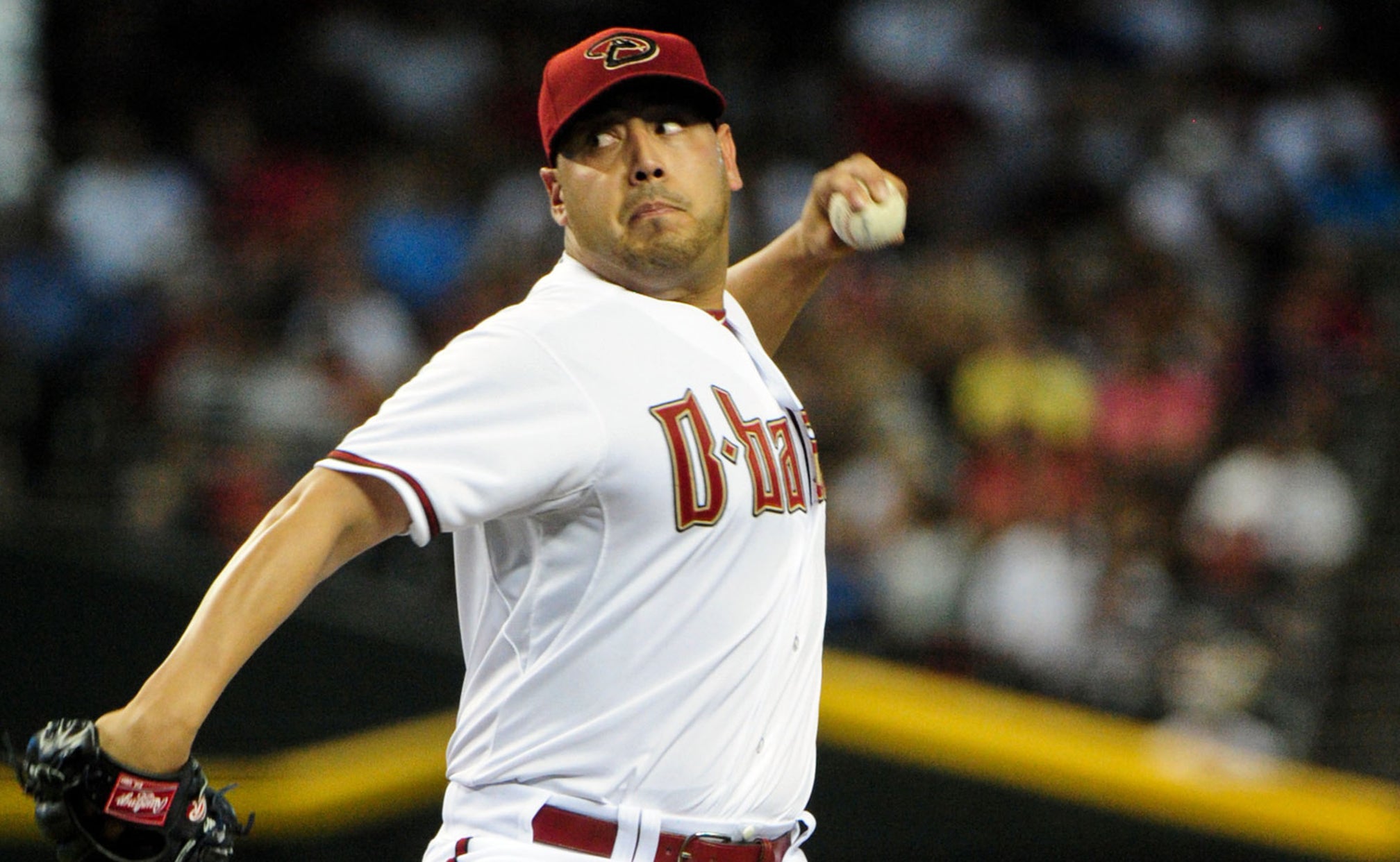 PHOENIX -- Vidal Nuno could not have been much better his first Arizona start.

Nuno mixed five pitches, touched every gradation on the radar gun from 92 mph to 74 mph, and generally had the Miami Marlins at his disposal through seven shutout innings Tuesday at Chase Field. He gave up only four hits and struck out a career-high seven. He did not permit a runner past second base.

But there was nothing he could do about an offense that went 1-for-12 with runners in scoring position or struggling D-backs' closer Addison Reed, who gave up a two-out, two-run homer to Marcell Ozuna in the top of the ninth inning in the Marlins' 2-1 victory.

Reed walked the first batter he faced and gave up a homer to the fourth. It is getting ugly out there. Reed has five failed save conversions this season, tied for the most the in National League, and three of those have come in the past 13 games. He has given up nine homers in 36 2/3 innings. Neither trend bodes well for his long-term future as the ninth-inning guy.

The D-backs turned to Brad Ziegler as the closer at exactly this time last season, the week before the All-Star break, and the bullpen stabilized the rest of the way. What happens this season remains to be seen.

At the other side of the game, newcomer Nuno gave an early indication that he could have a strong chance to stick in the starting rotation the second half. The D-backs have not determined how their rotation will line up in the second half, and manager Kirk Gibson was vague when asked if Nuno will slide into Brandon McCarthy's slot after coming over from the Yankees for McCarthy on Sunday.

"We aim to try to get him comfortable," Gibson said of Nuno.

While it was only a two-hour sample size, Nuno certainly looked comfortable Tuesday. He throws two fastballs, a curve, a slider and a changeup, and he mixed those with precision. With a bit of facial hair sprouting (the Yankees do not permit that), he looked every bit the new man.

The Marlins never had more than one base runner in an inning, and the two who got to second -- Jeff Baker with a one-out double in the second inning and Ozuna with a two-out double in the fourth -- got no farther.

"He did his job," Gibson said.

Nuno got five of his strikeouts on fastballs, several out of the strike zone high, and got two others on breaking balls. Not only does he throw a lot of pitches, he throws them at varying speeds, changing his grip to take a little on and off the ball.

"I don't try to use the same grip all the time. Little pressure points, little stuff like that," Nuno said.

"It's just not trying to make the same pitch twice, because hitters will react to the same pitch. Or they are sitting on pitches. So, hey, why not try to change something up and try to pressure point something."

Nuno has given up only three earned runs in his last three starts -- none in 5 2/3 innings against Boston on June 21 and three in five innings against Tampa Bay on July 2, his final game with the Yankees. He went into the Yankees' rotation when Ivan Nova suffered a season-ending shoulder injury in April.

"The last two outings, I was making strides to where I want to be," Nuno said. "Every pitch was on point."

Nuno was pulled after 91 pitches for Ziegler, who recorded his 22nd hold before Reed entered in the ninth. Nuno had three outings of more than 100 pitches with the Yankees, topping out at 107.

"It's on the manager, and he wanted the bullpen," Nuno said. "The eight, nine guys, that's their roles. Unfortunately that last pitch was up in the zone and he hit it out, but everybody is trying to do their best."

D-backs pitching coach Mike Harkey worked with Nuno for a short time in New York last season, before Nuno suffered a groin injury that caused him to miss time.

"I thought it was good for both parties," Harkey said of the trade."The Yankees got a veteran arm who needed a fresh start. With him having (pitching instructor) Larry Rothschild over there, hopefully something clicks over there.

"With Vidal, it's somebody we can control. Somebody who is young and can grow with the organization. Hopefully somebody who can pitch here for a long time. It's just experience. He has enough stuff to be able to get enough outs."

Vidal Nuno had never batted before, but you could not tell it by the way he handled the bat. He had sacrifice bunts in the second and sixth innings, moving runners to second and third both times. He also scored the D-backs' only run after reaching on an infield error to lead off the fifth inning.

10 -- Starting pitchers the D-backs have used this season, after Vidal Nuno made his first start Tuesday

*Mark Trumbo has four home runs in six rehab games while returning from a stress fracture in his right foot, but Diamondbacks manager Kirk Gibson said the team will exercise caution in his return. Trumbo, who has been out since April 24, is unlikely to be activated before the All-Star break, Gibson said, because the team does not want him to sit idle for four days during the break. The D-backs do not return to action after the break until July 18. Trumbo also needs to play a full nine innings in a game, which he has not done yet, Gibson said. Trumbo has homered in back-to-back games in Triple-A Reno and is scheduled to have Wednesday off.

*Brad Ziegler has made eight straight scoreless appearances, and he got another double play, when shortstop Nick Ahmed made a nice catch and transfer on a ball to Ziegler with a runner on first in the eighth inning.

*Trevor Cahill gave up two hits in 5 1/3 scoreless innings in Triple-A Reno's 14-8 victory over Las Vegas on Monday, moving a tiny step closer to a return to the majors. Cahill struck out five but walked six, leaving with a 14-0 lead in the sixth, and is to make his next start Saturday. "Beyond Saturday, we will reevaluate as we go into the All-Star break," Gibson said. Cahill is 2-1 with a 2.59 ERA in five starts at Reno. He has given up only 16 hits in 24 1/3 innings but has walked 14. "It seems like he has been pretty good early in games, but he seems to lose his command," Gibson said. "We asked him to work on some things. I think the more he throws, the more comfortable he will get." The D-backs want to get Cahill up to seven innings and 100 pitches before he is ready to return. He threw 96 pitches Monday.

*Martin Prado extended his hitting streak to eight games, the longest since a 10-gamer last August.

Arizona manager Kirk Gibson pulled some strings with his friends at Fender to equip the D-backs' so-called "rock room" across the hall from their clubhouse at Chase Field. A bond was formed when Cheap Trick guitarist Rick Nielsen helped Gibson find a guitar for his son, Kirk Robert, as a Christmas gift. Kirk Robert jams with Bronson Arroyo, Mark Trumbo, Aaron Hill and others before and after games. Gibson said he likes to drop in. "I like music as well," Gibson said. "Instead of putting my iPod in, I listen to those guys. It's good. Another thing is, it's teamwork."