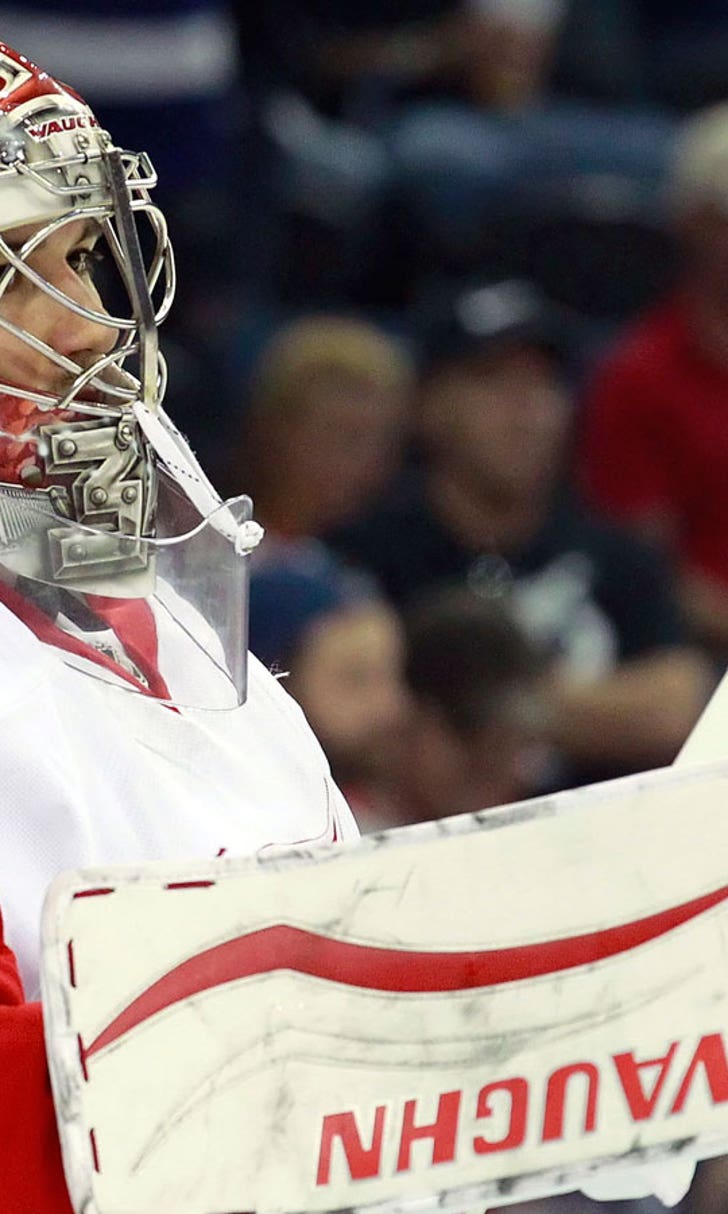 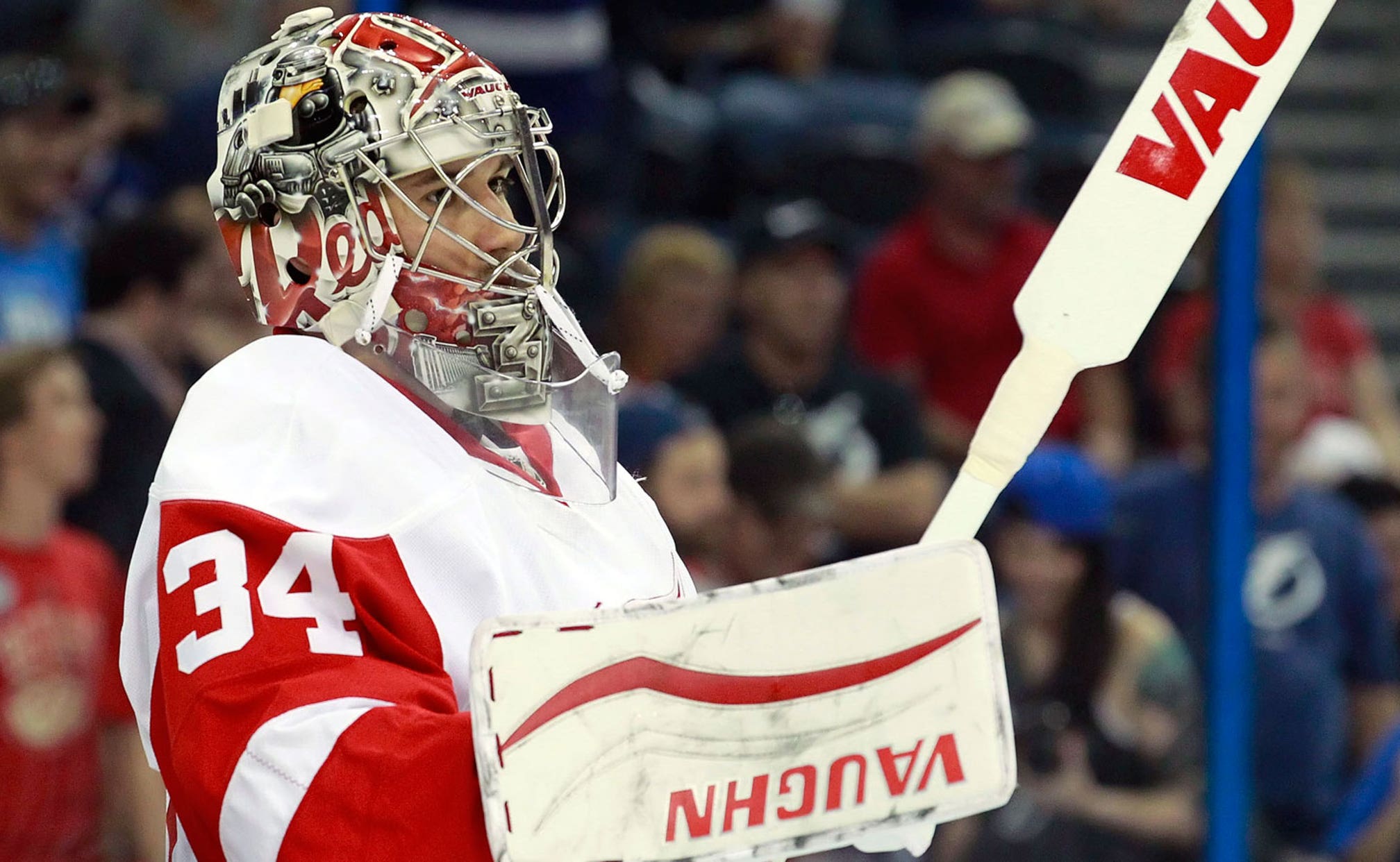 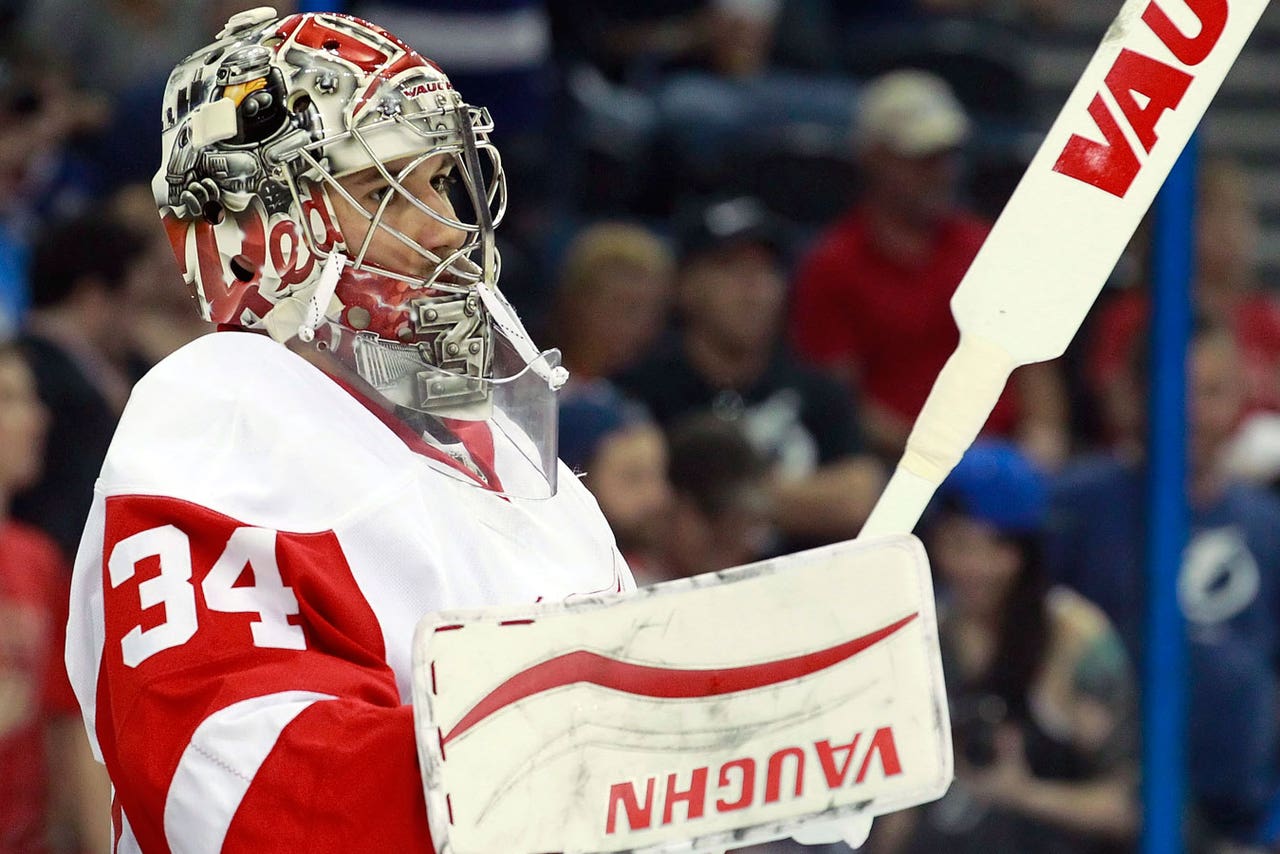 If the Red Wings' rookie goaltender Petr Mrazek is feeling any pressure heading into Game 3 Tuesday night against Tampa Bay, he isn't showing it.

But he doesn't mind talking about it.

Mrazek was sensational in a 44-save Game 1 victory, but watched the third period of Game 2 from the bench after giving up four goals on 18 shots. Both games are ancient history in his mind.

"When the game is over, you don't think about it anymore," the 23-year-old Czech said after Monday's practice. "You're just looking to a new day and a new game.

"That first game was huge for us. They (Tampa) played hard. We knew they were going to play well at home, and when you have a game like that (44 saves to win), it's going to help you for the playoff round. I hope it's going to bounce back tomorrow."

The Wings are thrilled to be coming home for what they believe is the very best part of the season. Here's a smattering of comments about returning to The Joe:

Captain Henrik Zetterberg: "It's the best place to play in the playoffs, in front of your own fans here. It's loud. The energy is high. This is what you look forward to, playoff hockey at Joe Louis. High-pace, lot of hitting. It's just special."

Mrazek: "It's huge for the team to come home when it's 1-1. We would like it to be two-noting, but it's better to have one win than zero. It's nice to be at home now, and I know the crowd is going to be awesome tomorrow."

Winger Tomas Tatar: "We play at home now. We feel way better. It's going to be huge. Our fans are ready. We are ready, too, and we're really looking forward to tomorrow."

Winger Justin Abdelkader: "Home ice is big for us. It's been big in the past, and we're looking forward to coming out and using that to our advantage.

"It's going to be amazing. As I tell everyone, this is the best time of year to play, especially here at the Joe, with these fans. It's like a new season. It is a new season. The fans are energized, excited, loud. And there might even be a few octopuses on the ice, which gets everyone excited."

The Red Wings are embracing the return of two important players to their lineup for Game 3 -- Abdelkader and defenseman Brendan Smith.

Both are quick, strong skaters who bring a much-needed physical edge to the Detroit lineup.

Zetterberg is especially happy to have Abdelkader on his wing again.

"He's always been a heavy guy that could skate really fast and make plays, but this year he scored goals, too," Zetterberg said. "He plays in all situations, plays lots of minutes. And for me, obviously, he creates a lot of room with that speed. It's going to be fun to play with him again."

Smith's quickness will help, too.

"Tampa is a high-speed skating team," Zetterberg said. "When Smith plays, he can really skate with the puck. Same thing on defense. He keeps up with their forwards."

Abdelkader, out since April 4 with a hand injury, spent time with Smith watching from the rafters. Smith was a healthy scratch after a blunder at Montreal in the penultimate game of the regular season.

"You could tell it was getting at him, but he stayed positive," Abdelkader said of Smith. "He's going to be ready. He'll provide some physicality for us. He's a big defenseman that takes the body and makes it hard for forwards to get to the front of the net. He'll be a big boost for us."

As expected, coach former Wings assistant Todd McLellan is on the market after he and the San Jose Sharks mutually agreed to part ways on Monday.

"Someone's going to get a good coach," Babcock said when told of the news. "Good for him."

"Then he'll get to pick and choose where he wants to go," Babcock said. "He'll make the best decision for himself and his family. He's a good, good man. He treats people right. He's an honest-hardworking guy, and he'll work in the league as long as he wants. He's an upper-echelon coach."

So McLellan has his first reference right there.