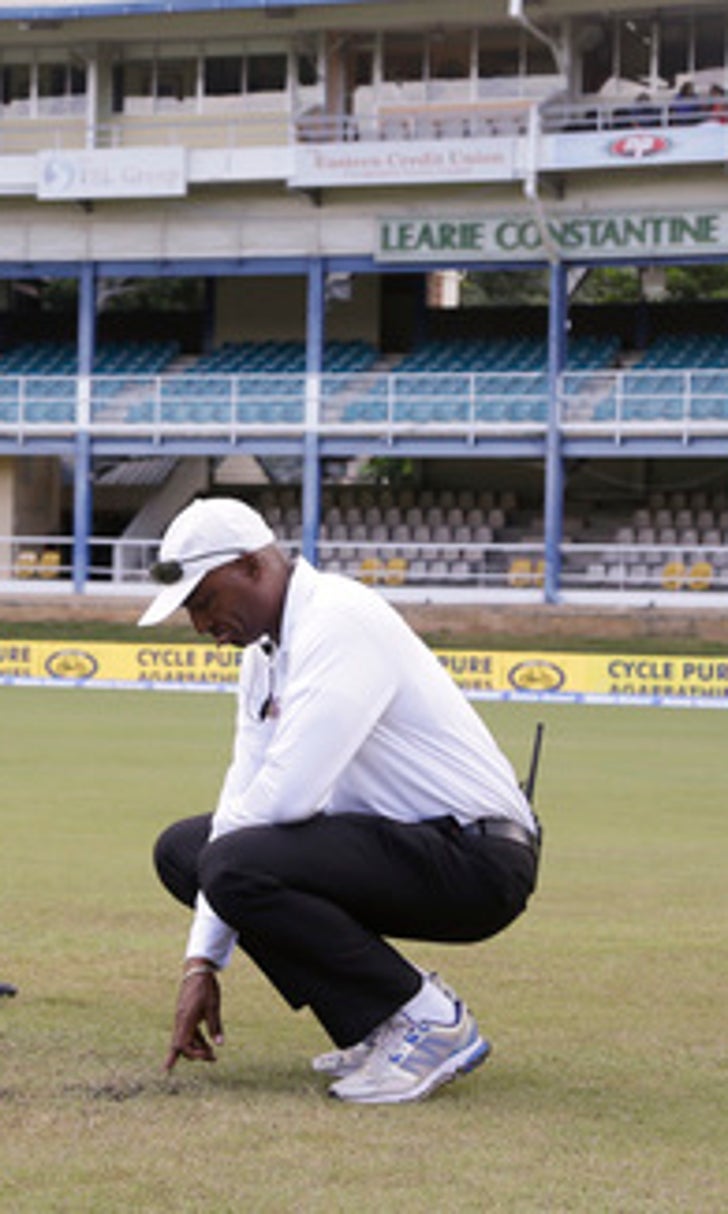 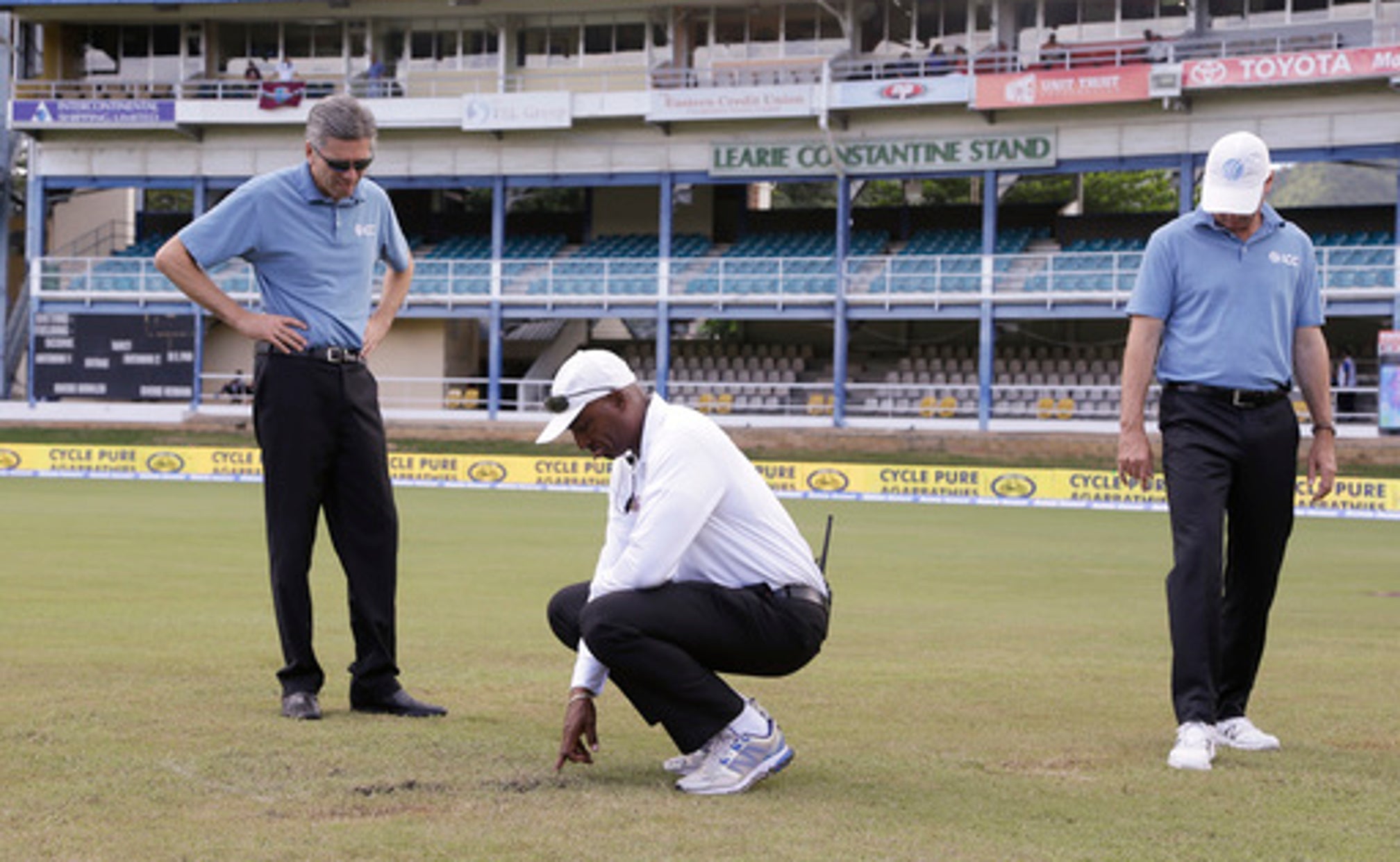 No play for 3rd straight day for India in West Indies 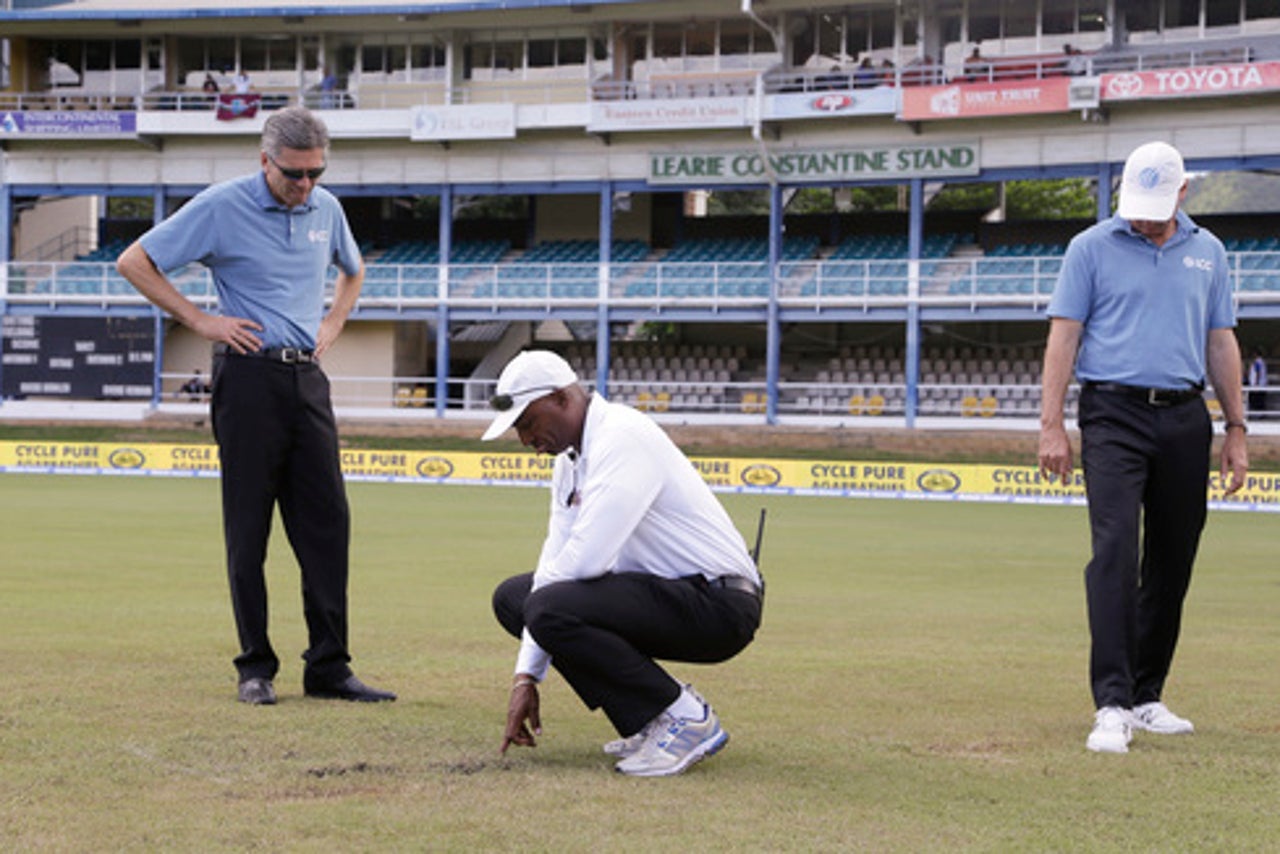 PORT OF SPAIN, Trinidad (AP) India looks set to lose its top test ranking after the fourth day of its fourth test against West Indies was washed out Sunday, the third day in a row that rain has prevented a ball being played.

India must win the match to keep the coveted top spot - or concede it to rival Pakistan - but there has been no play since the first morning due to bad weather at Queen's Park Oval.

West Indies reached 62-2 before lunch on Thursday with Kraigg Brathwaite 32 not out and Marlon Samuels on 4.