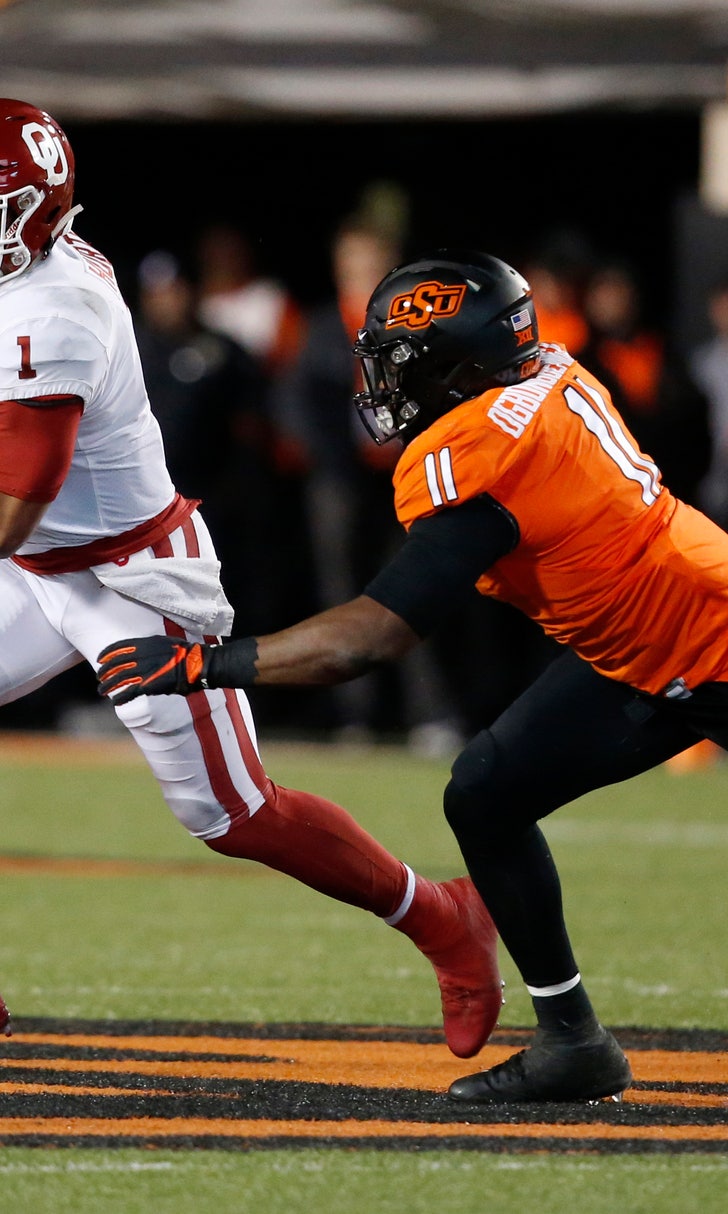 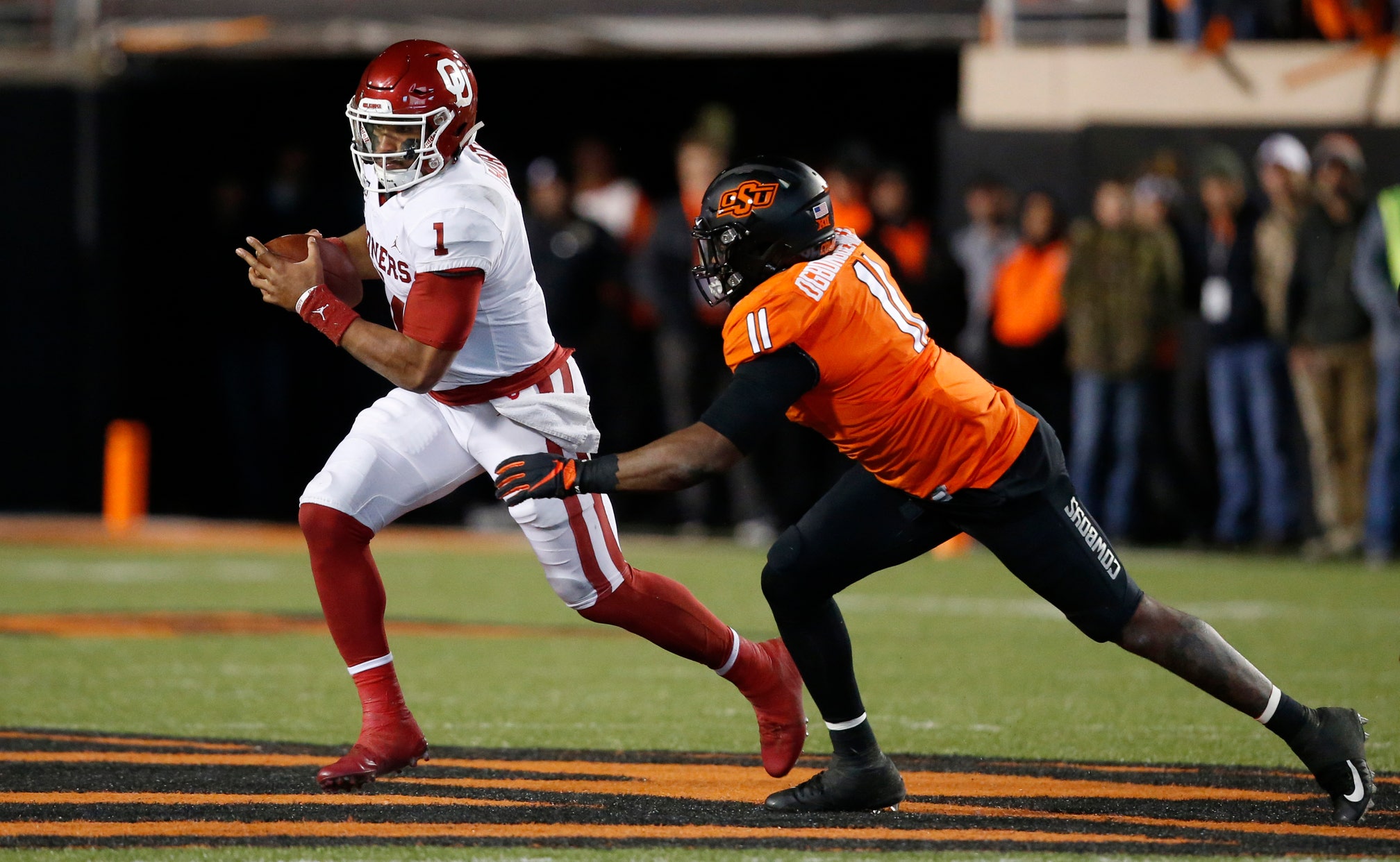 Possibly a spot in the four-team College Football Playoff. Oklahoma is going for its fifth Big 12 title in a row, and is trying to get to the playoff for the fourth time in that span. Baylor is playing in its first Big 12 championship game, and could avenge its only loss, 34-31 at home just three weeks ago when the Sooners overcame an early 25-point deficit for their biggest comeback ever.

Oklahoma QB Jalen Hurts vs. Baylor's defense. In the last meeting, Hurts made up for two fumbles and an interception. He threw for 297 yards and four touchdowns, and also ran 27 times for 114 yards. “He can throw it. He’s able to be a powerful runner," Baylor coach Matt Rhule said. “We hit him a lot. We hit him and broke his visor one play, and he just keeps playing."

Baylor: DE James Lynch, the school's career sacks leader, was picked this week by the Big 12 coaches as the league's defensive player of the year. The junior end in Baylor's 3-3-5 odd front has 10 1/2 sacks this season, and 19 in his career.

Oklahoma: RB Kennedy Brooks. While Hurts is the Big 12's second-leading rusher, Brooks has averaged 133.5 yards rushing during a four-game winning streak, though he was limited to 93 yards by Baylor. He leads the Big 12 and is third nationally with 7.2 yards per carry.

The Sooners could become the first Power Five team since Alabama from 1971-75 to win five outright conference titles in a row. Clemson will have a shot at five in a row in the ACC on Saturday night. ... The Bears, who have matched a school record with 40 sacks, also lead the Big 12 with a plus-12 turnover margin, after a combined minus-23 margin the previous two seasons. ... Oklahoma is 9-1 in Big 12 championship game appearances. ... Baylor is the only P5 team to go from 11 losses to 11 wins within two seasons.