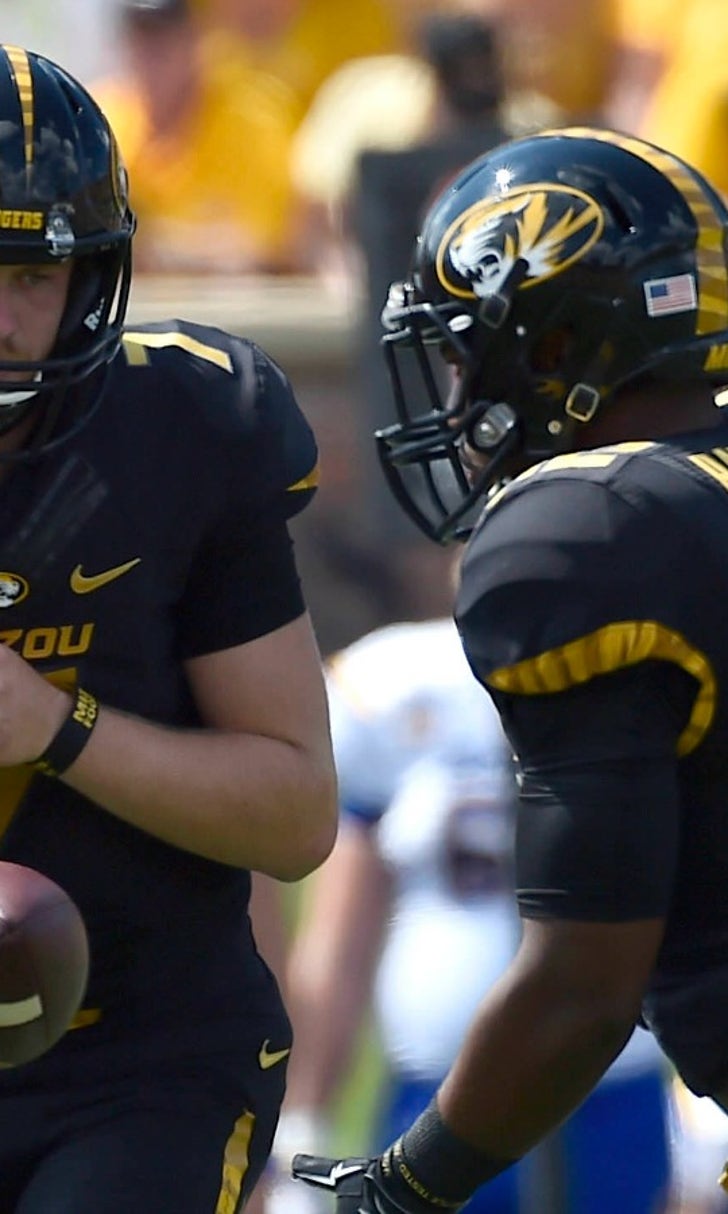 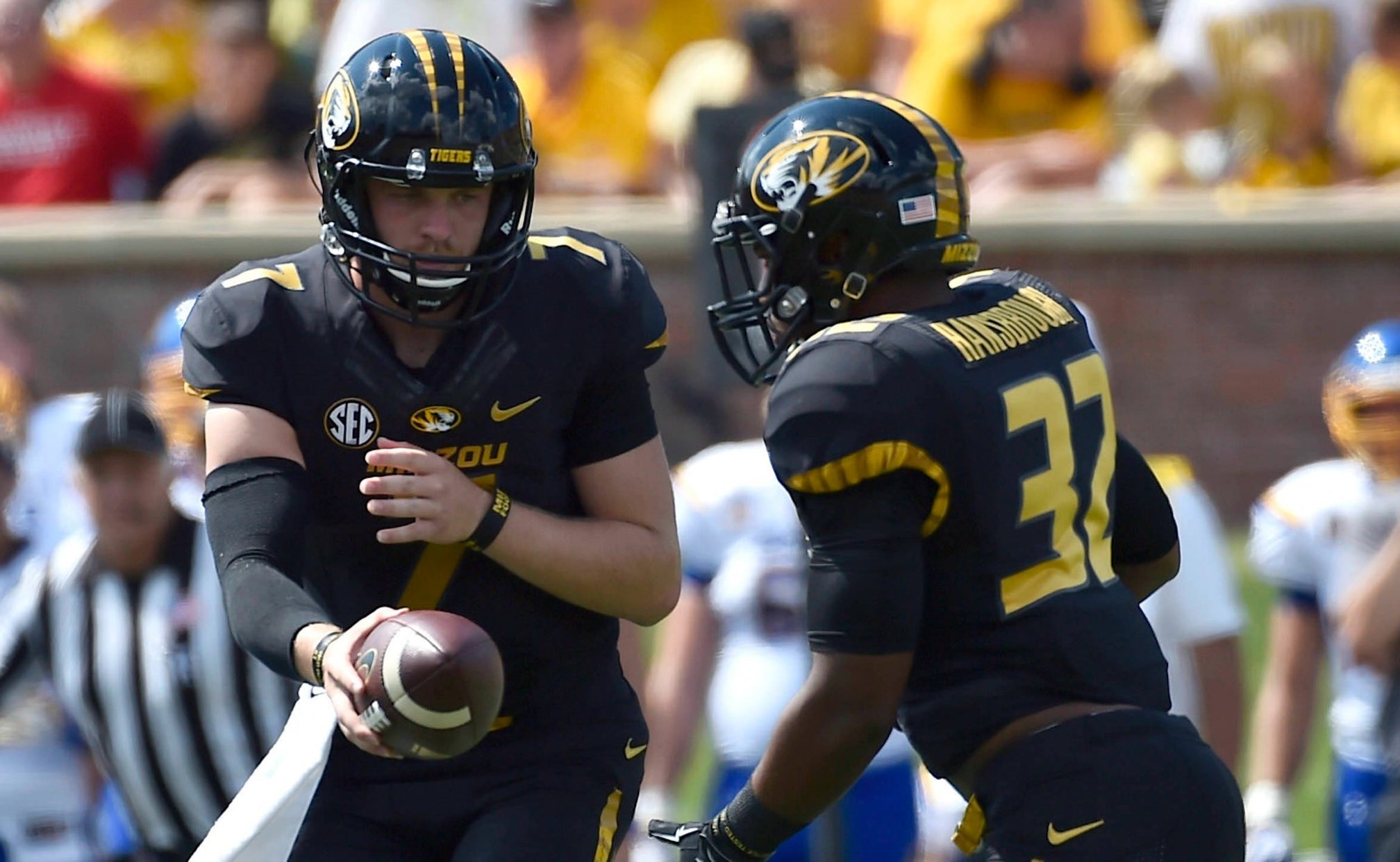 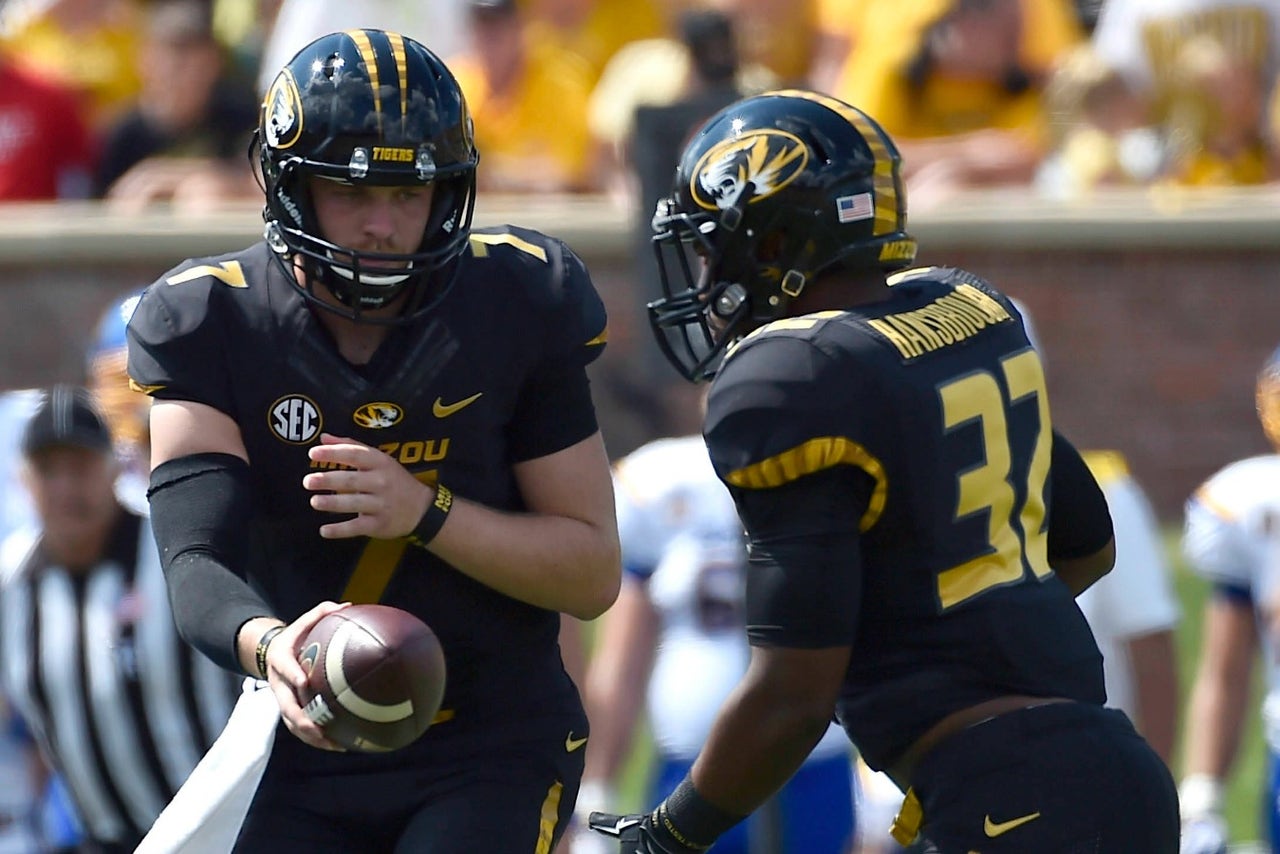 COLUMBIA, Mo. -- Missouri got the win it wanted.

Still, everyone knew the Tigers have a lot of work to do yet.

"I thought we did pretty well," quarterback Maty Mauk said after the 24th-ranked Tigers defeated South Dakota State 38-18 on Saturday. "We came out fast and that showed. We scored in a minute and came down and scored after that. We just had a lot of inconsistency we have to clean up and that is stuff we can fix."

Mauk finished with 178 yards and three touchdowns and seemed at ease early, finding receiver Darius White crossing behind the Jackrabbits' defense for a 44-yard touchdown catch just 50 seconds into the game. The Tigers extended their lead to 21-10 at halftime and never trailed against South Dakota State, which fell to 0-7 against FBS teams since moving to Division I in 2004.

The Tigers' early 7-0 lead lasted only one play thanks to a 75-yard touchdown run by South Dakota State's Zach Zenner, who finished with 103 yards and two touchdowns on 17 carries. But Mauk found White again on the third drive, this time for a 39-yard pass in the corner of the end zone behind safety Anthony Sherrils. White finished with two receptions for 83 yards and two touchdowns.

"Last go-around," said White, a senior who transferred from Texas in 2012. "I feel like I have a lot to prove to people, and I feel like I did a little bit of that today."

Missouri added another score in the first quarter on Russell Hansbrough's 10-yard run that featured a missed tackle and a bit of misdirection. Hansbrough started after backing up Henry Josey last year, finishing with 20 carries for a career-high 126 yards.

"He's got great quickness and explosiveness. Sometimes great athletes make great plays just because they're great athletes," coach Gary Pinkel said. "And that's what he did, he made a great play." 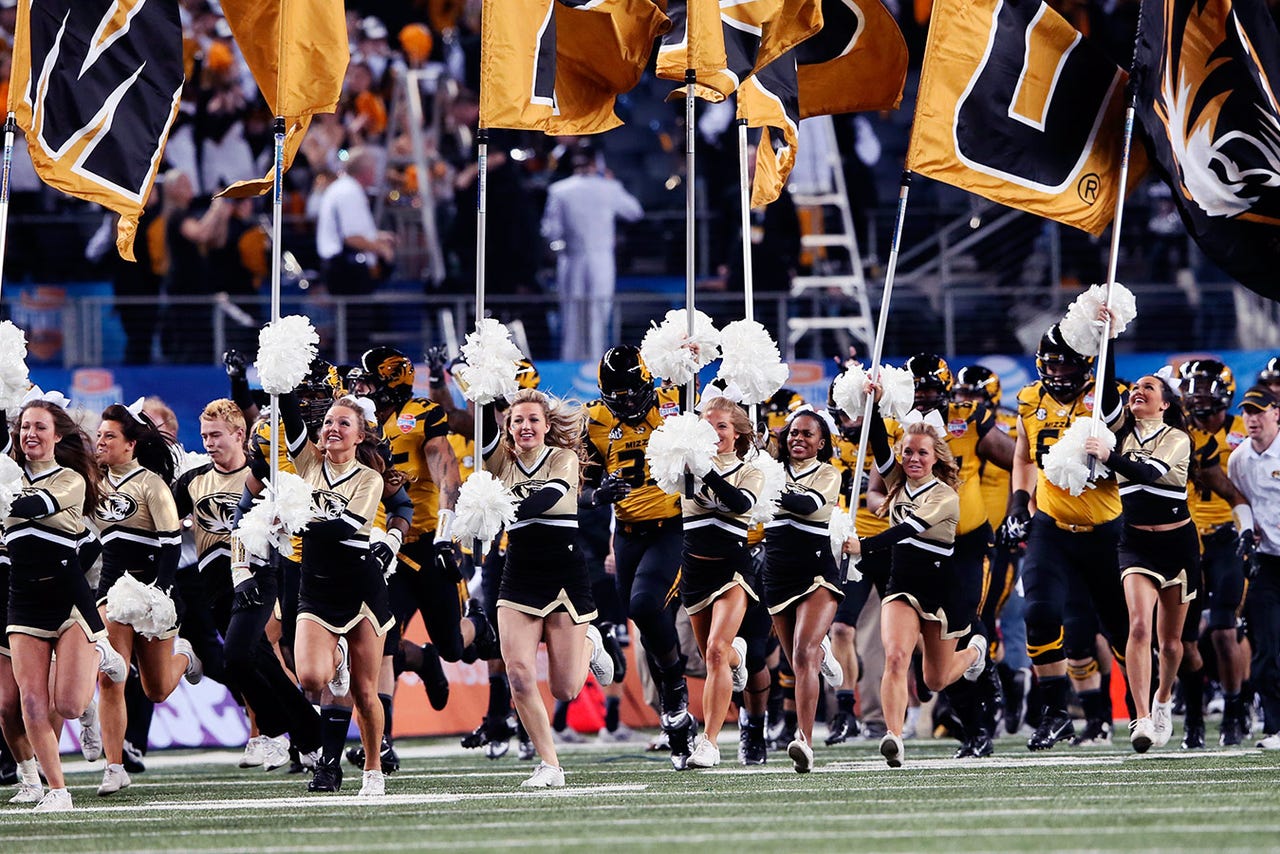 Lookin' good! CLICK HERE to check out our gallery of cheerleaders from around the SEC.

Safety Duron Singleton set up the touchdown with his first career interception for Missouri, pulling in Austin Sumner's pass at South Dakota State's 29-yard line and returning it 19 yards. The play marked the 45th consecutive game in which the Tigers forced a turnover, the longest such streak in the country.

Sumner left the game in the first quarter and did not return, giving way to Zach Lujan, who went 21 of 28 for 239 yards and an interception.

Coach John Stiegelmeier said Sumner, who holds school records in completions (633), attempts (1,089) and passing yards (7,831), caught his spikes in the turf during a scramble. He walked to the sideline gingerly before being helped to the locker room while placing no pressure on his right foot.

"I'm praying for Austin," Lujan said. "He's been a four-year starter and any time you lose a guy like that -- your team captain and a four-year starter -- it's a huge loss, but at the same time at any position a guy can go down and the next guy has to step in."

After Justin Syrovatka converted a 39-yard field goal with 3:58 remaining in the first half, the Jackrabbits pulled to within 21-18 on their first drive in the third quarter thanks to a 3-yard touchdown run by Zenner and a subsequent two-point conversion. A 6-foot, 220-pound senior, Zenner needs just 114 more yards to tie Western Illinois' Herb Donaldson for the Missouri Valley Football Conference's career rushing mark at 4,746.

Marcus Murphy extended Missouri's lead back to 10 on the ensuing kickoff, returning it 102 yards for a touchdown and starting a 17-0 run for the Tigers to end the game. Missouri moved to 14-0 all-time against Football Championship Subdivision teams and has won 13 consecutive season openers.