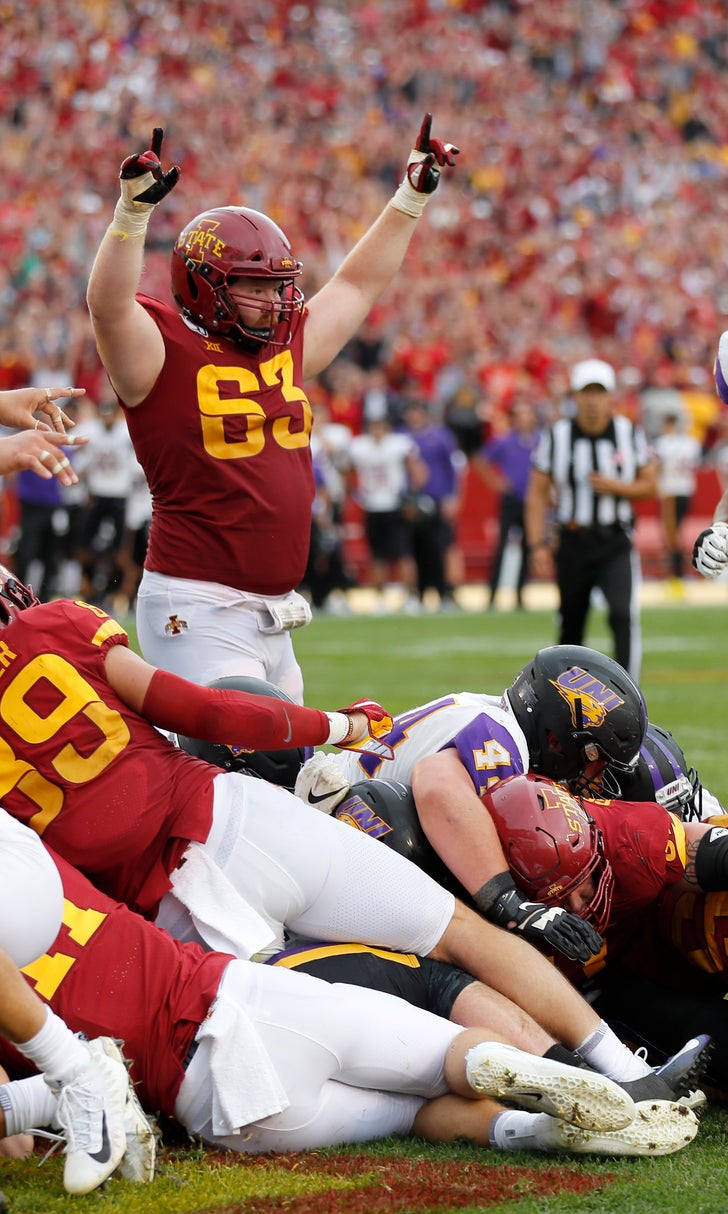 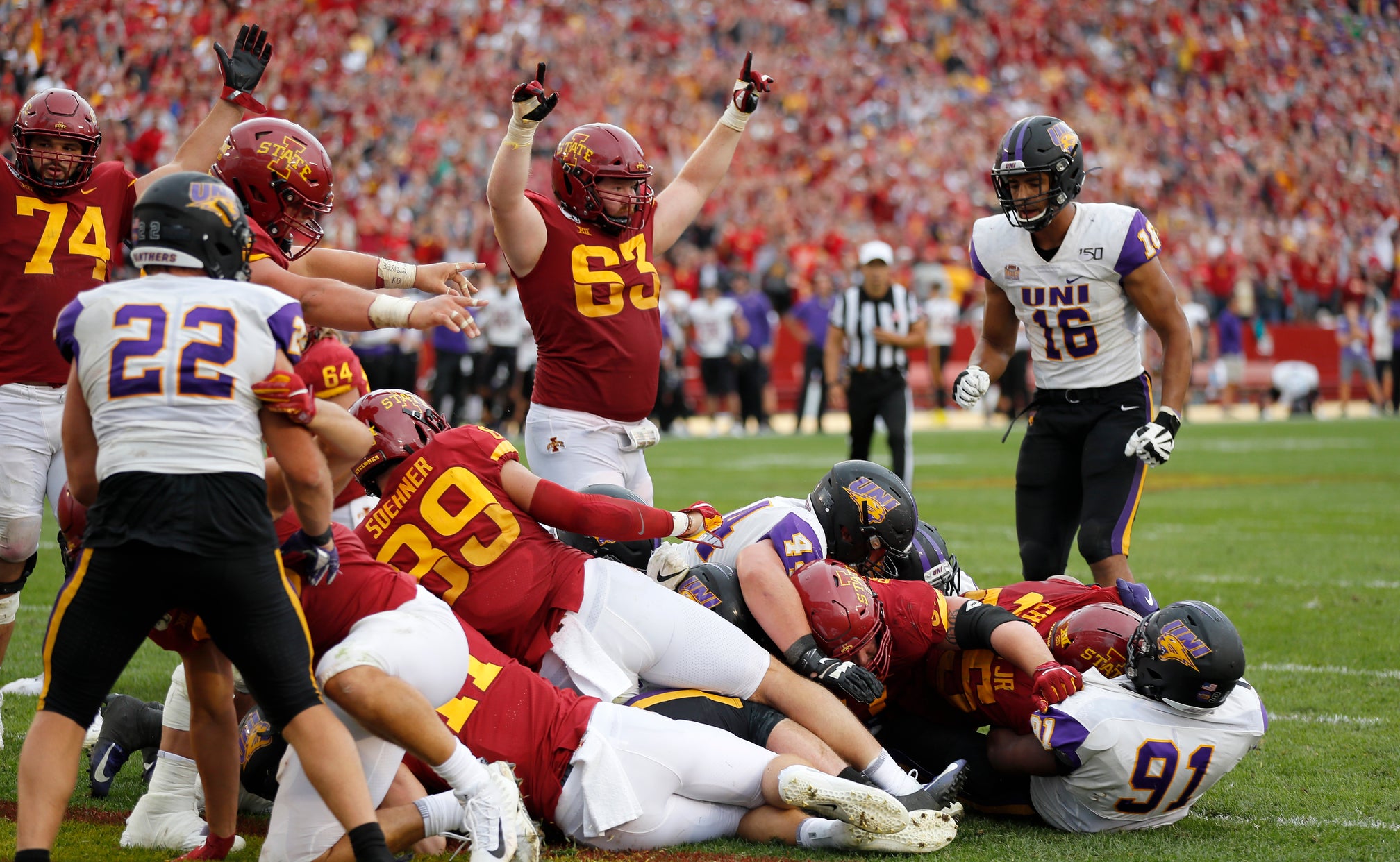 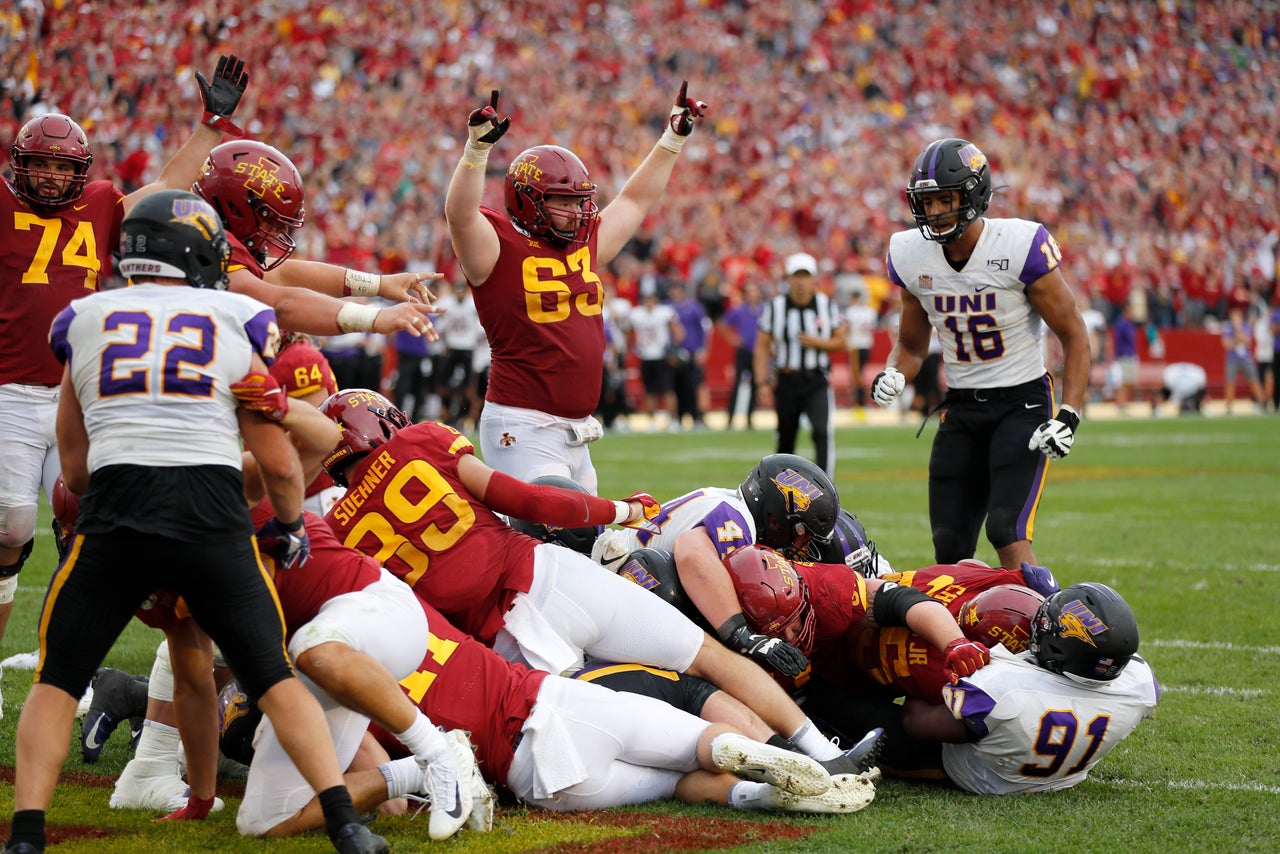 La'Michael Pettway had a pair of touchdown catches for the Cyclones (1-0), who barely survived the season's first major upset after entering the year ranked for the first time since 1978.

Croney fumbled near the goal line on the second-to-last play of the game. But quarterback Brock Purdy sprinted from the backfield to recover it at the 1 and set up the game-winning plunge.

"I saw who was underneath the pile so I knew who would come up with it. Doesn't that tell you what he is about?" Iowa State coach Matt Campbell said about Purdy's heads-up play. "When I saw him there I thought we were going to be in great shape."

After the teams traded field goals in the first overtime, Purdy found Pettway — a graduate transfer from Arkansas in his Iowa State debut — in the back of the end zone. But Northern Iowa pulled even at 23-all after freshman Will McElvain scrambled long enough to free up Trevor Allen for a 7-yard TD catch.

Iowa State forced Northern Iowa into a field goal to start triple overtime, and Purdy completed three straight passes before pulling off what might end up being remembered as a season-saving recovery.

The Cyclones were the second ranked team to win an overtime game against an FCS opponent. Auburn held off Jacksonville State 27-20 in 2015.

"That's why I love coaching in this game. It demands you being your best right out of the gate," Campbell said.

McElvain finished with 228 yards passing and a touchdown in his collegiate debut.

Iowa State: Part of the Cyclones' struggles can be attributed to the fact that Northern Iowa isn't the least bit intimidated about driving about 100 miles southwest to play them — in fact, the Panthers have three wins in Ames dating back to 2007. But Iowa State's offense was so dreadful in the first half that it didn't reach the red zone once, and it couldn't put Northern Iowa away in the second.

Northern Iowa: McElvain, a freshman from nearby Des Moines who was offered a walk-on spot by the Cyclones, looks like he's got a bright future. His scramble to find Allen in double OT was one of the best plays of the young season.

It's very hard to imagine Iowa State maintaining its place in the Top 25 after that performance.

Iowa State has next week off. The Cyclones host No. 20 Iowa on September 14.