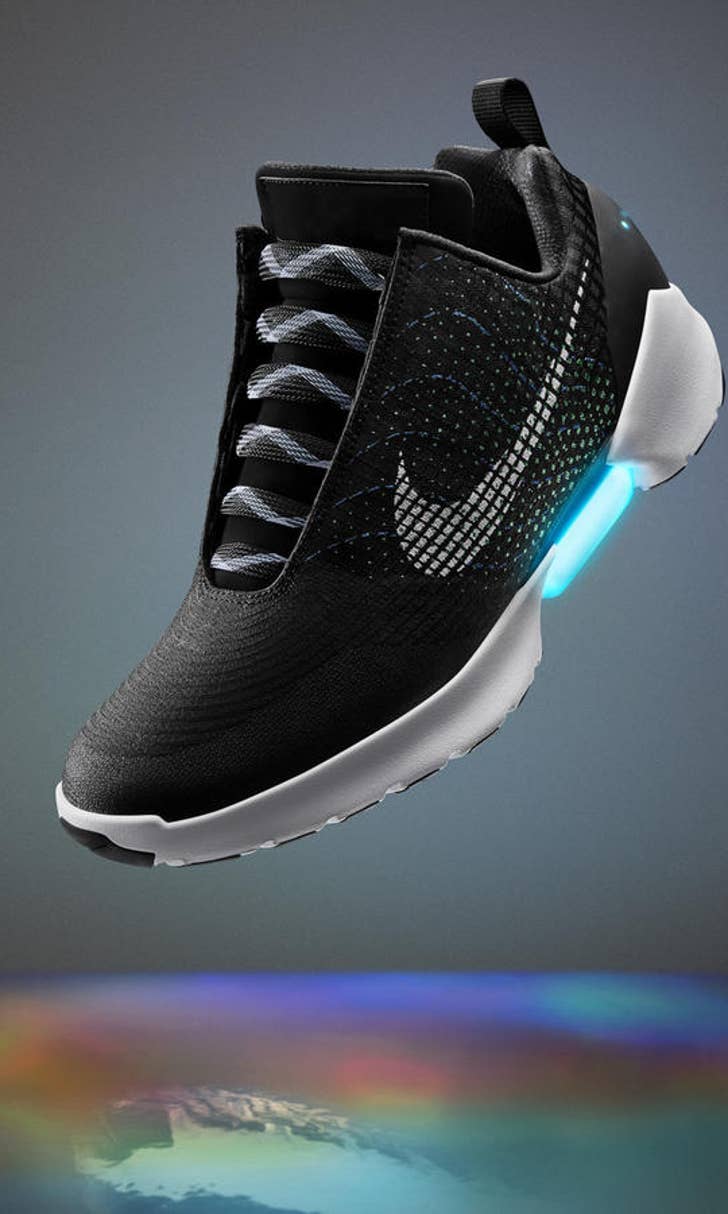 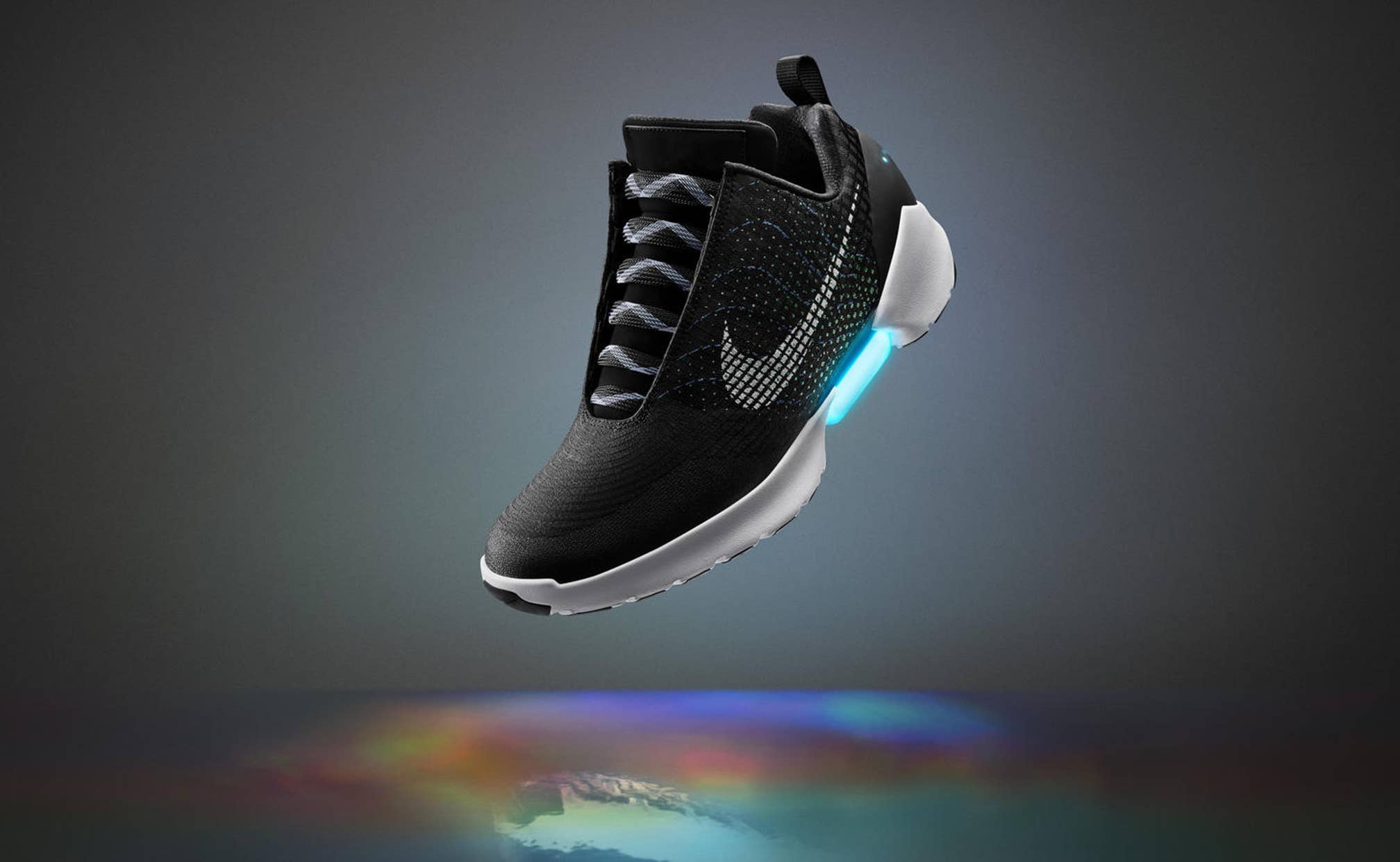 Nike unveils power-lacing sneakers, just like in 'Back to the Future' 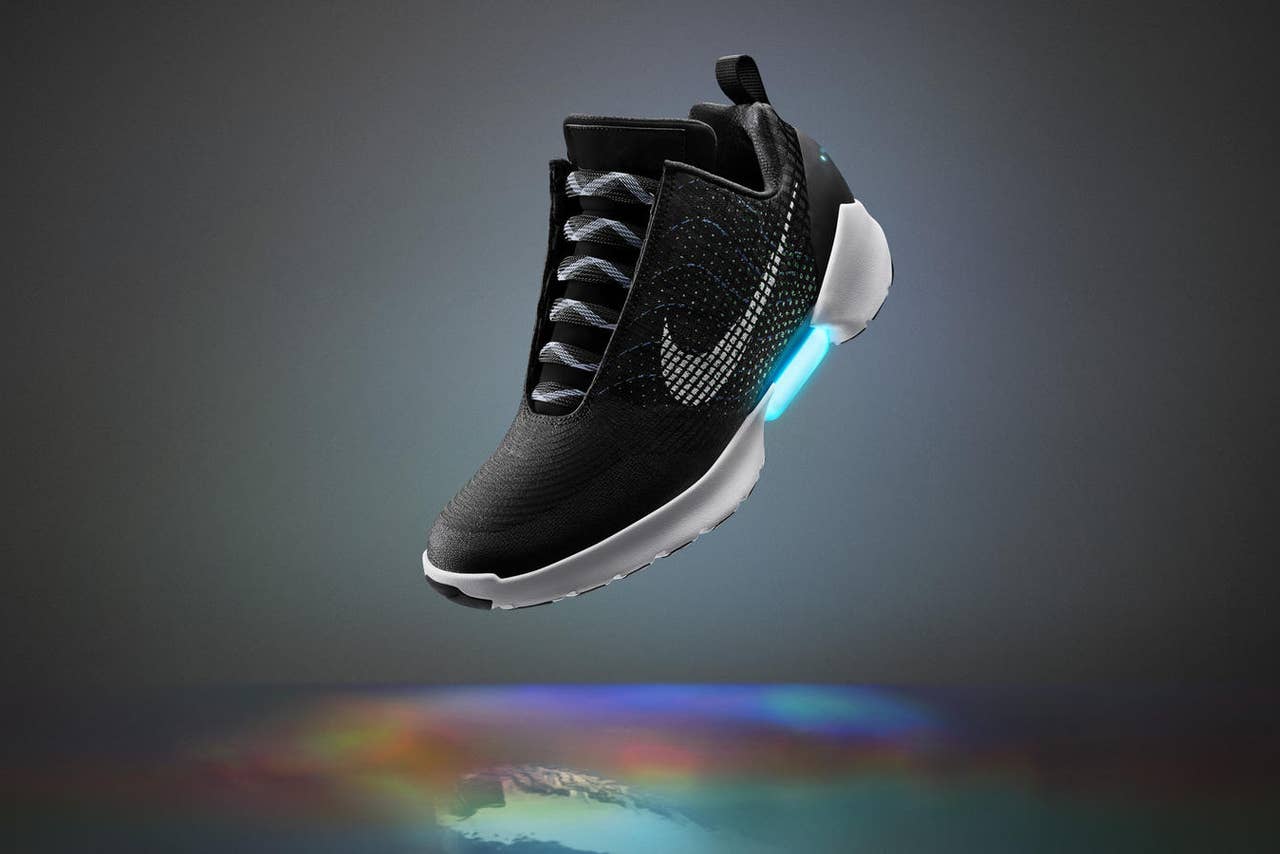 NEW YORK -- When "Back to the Future II" was released in 1989, the film's vision of what was in store for 2015 didn't turn out to be all that accurate. The things we call Hoverboards don't really hover, and there are no flying cars.

But thanks to the folks at Nike, we now have power-lacing sneakers, and they're set to hit retail by the end of the calendar year.

The sneaker giant unveiled the HyperAdapt 1.0 at a large media event in New York on Wednesday, and finally delivered on its promise for a shoe that laces itself. Famed Air Jordan designer Tinker Hatfield was the man who headed up the project that was more than a decade in the making, but it took a large team of engineers to make the fictitious sneaker a reality all these years later.

It works like this: Once you place your foot inside the sneaker, the laces automatically begin to tighten, and sensors determine the appropriate amount of pressure. If they're too tight or too loose, you can manually adjust the tension through the use of two buttons on the sneaker's outside.

Hatfield made it clear that this was merely the first iteration of what he hopes will be a more useful innovation in the future; he envisions an athlete one day being able to adjust the tension of the shoe automatically on the fly, or even a day when the sensors are powerful enough to keep a player locked in throughout the rigors of a game.

But for now, they're just extremely cool. The shoes light up and make a high-tech-sounding noise as they go through the automated lacing process, and there's no doubt they'll be insanely popular among casual fans and sneakerheads alike.