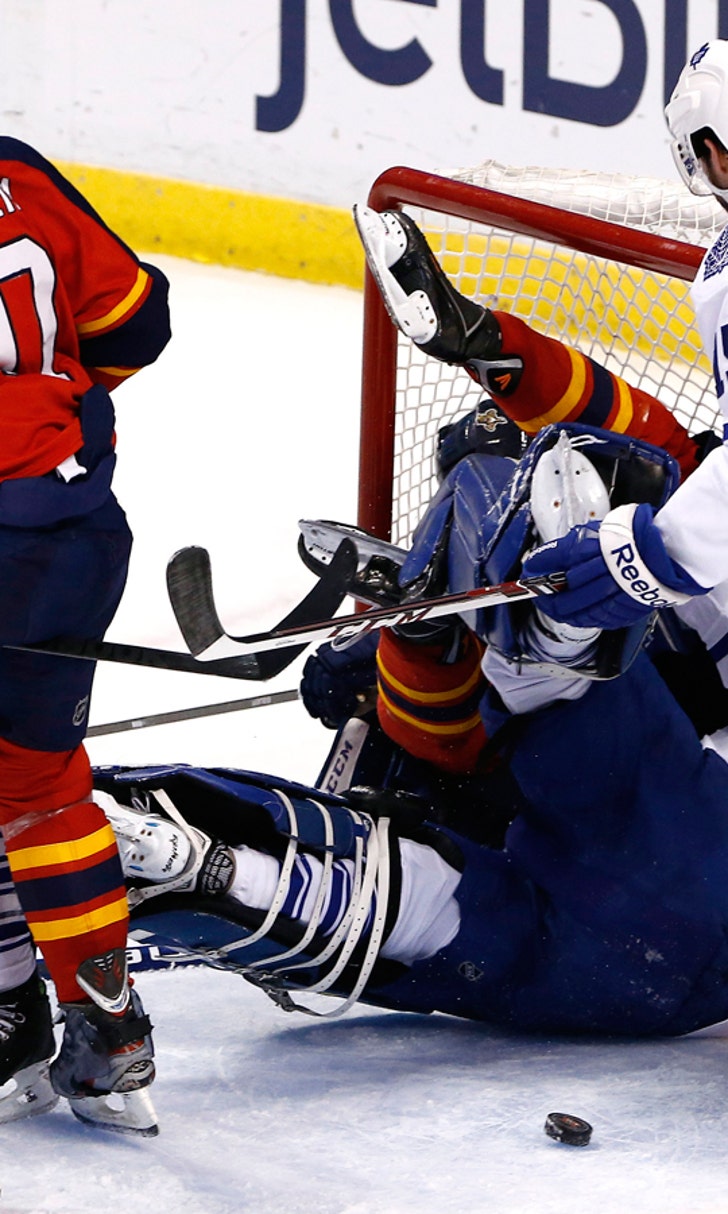 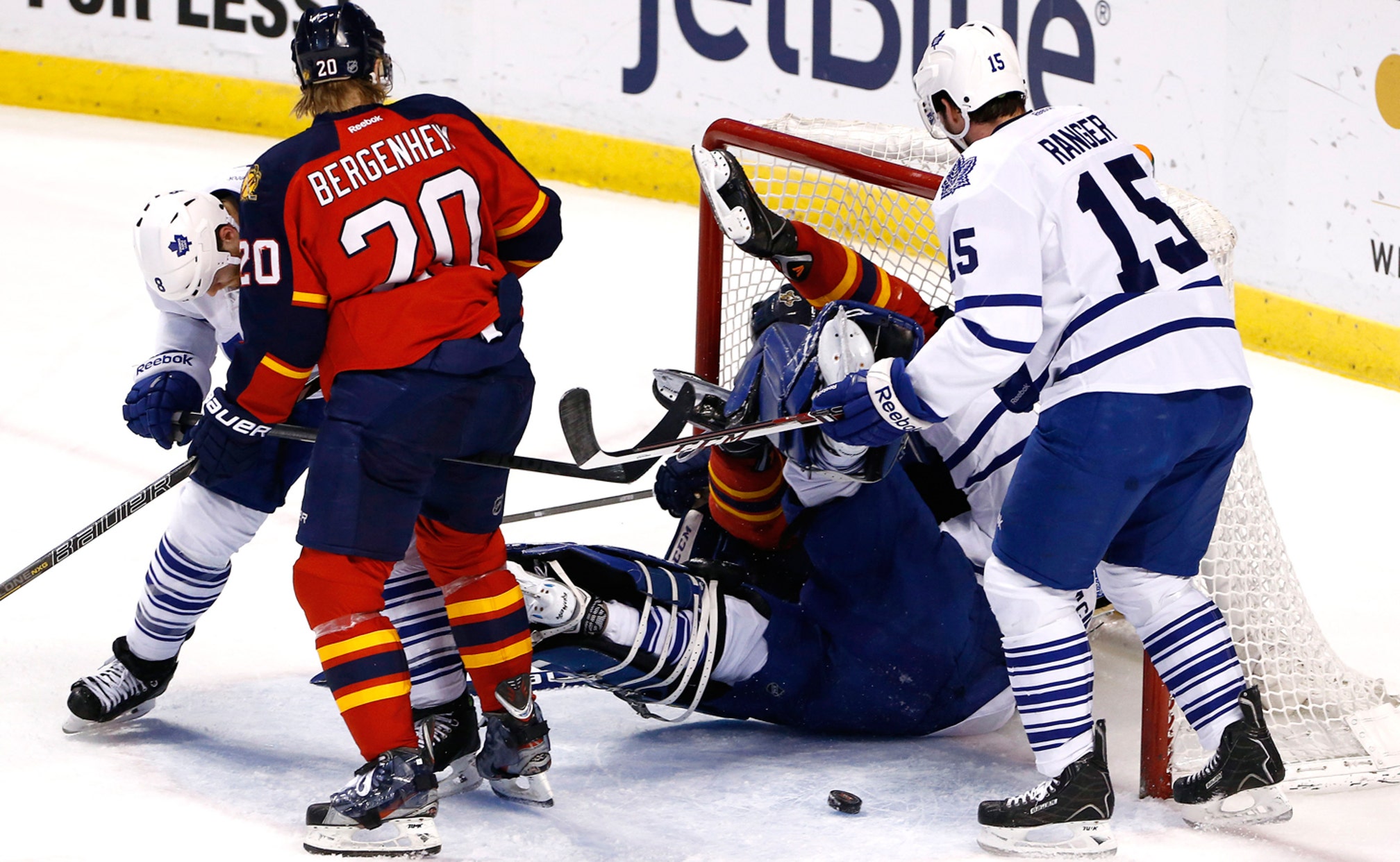 Bjugstad had two goals and an assist to lift the Florida Panthers to a 4-2 victory over the Toronto Maple Leafs on Thursday night.

Brad Boyes and Brandon Pirri also scored for the Panthers. Roberto Luongo, who returned after missing Tuesday's game with an upper-body injury, made 27 saves.

Bjugstad's goals -- his first two after 21 games -- came less than three minutes apart in the third for his first two-goal and three-point game of his career.

"It was a good night," Bjugstad said. "We had to get pucks to the net. First game for that goalie and we wanted to get shots on him. It worked out for us."

Paul Ranger and Tyler Bozak scored for the Maple Leafs, and MacIntyre stopped 33 shots. The 30-year-old was making just his second appearance for Toronto this season.

"It's been a long, long time but it was awesome. I have few regrets," MacIntyre said. "I was hoping it would be a win, that's how I envisioned it."

MacIntyre was drafted by Detroit in the 2001 NHL Draft, which took place in the Panthers arena.

"Very challenging time right now for our group mentally," Maple Leafs coach Randy Carlyle said. "I thought we'd have a little bit more compassion for the goaltender that was going in the net for his first NHL start. ... It's very disappointing."

At times, the Leafs certainly played like a team that was going through the motions.

"It's the first one since we're officially out, so it's tough. That's no excuse, we've got to have more pride than that," Bozak said.

Leading 2-1,the Panthers stretched their lead on a wraparound goal by Bjugstad, who came from behind the net and stuffed it past MacIntyre at 3:23 of the third.

"It's good to get that off my back and not worry about it anymore," Bjugsatd said about ending his scoring drought.

Bjugstad's second goal made the score 4-1. His short-handed shot from in front off a pass from Tomas Fleischmann easily got by MacIntyre at 6:02.

Boyes broke a 1-1 tie with 3 seconds left in the second. Bjugstad brought the puck from behind the net and passed in front of the crease to Boyes on the right side. He tapped the puck past MacIntyre.

The Panthers took a 1-0 lead on Pirri's goal 6:06 in. Pirri fired a shot from the top of the left circle and it hit the top right of the net. Pirri has points in five of the past six games.

"Getting points is nice, but the team won in the end. That's what's important," Pirri said. "We're just trying to build every game and every day get better."

The Maple Leafs tied it 1-all on the goal by Bozak. Jake Gardiner dropped a pass to Bozak in the left, who wristed to past Luongo on the glove side for his 19th goal of the season, a career-high.

NOTES: Pirri celebrated his 23rd birthday on Thursday. ... MacIntyre has played for over nine different minor league teams over a 10-year career.