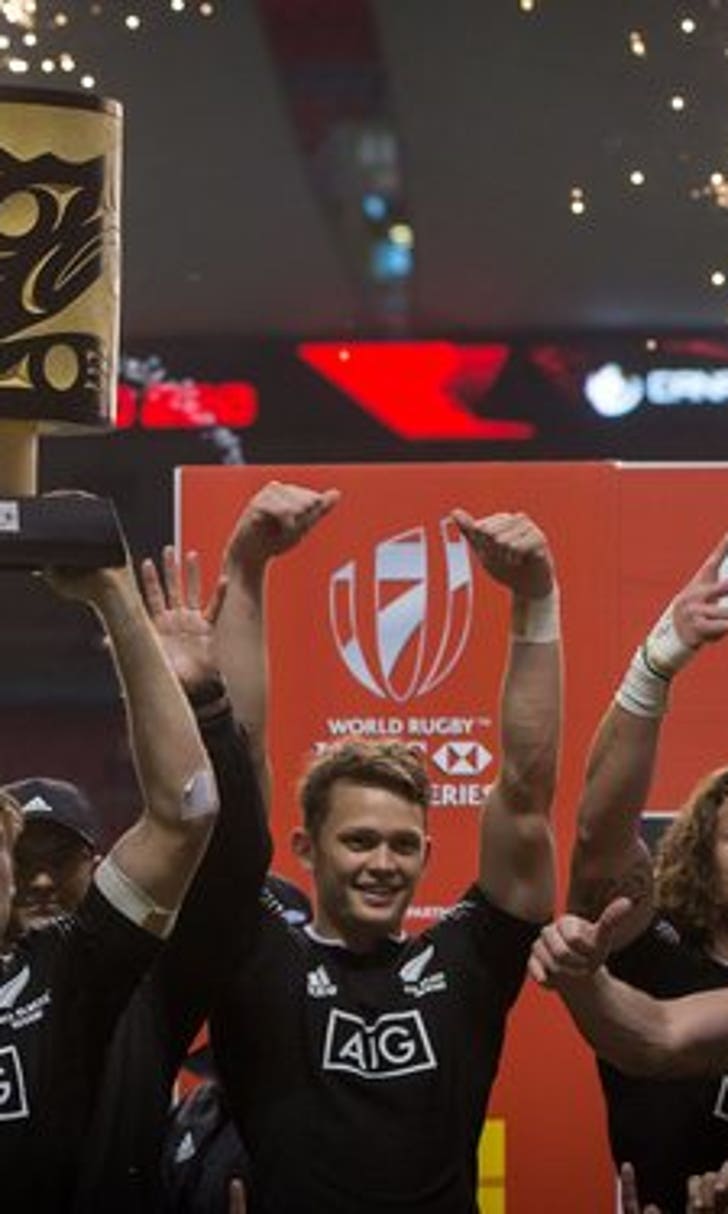 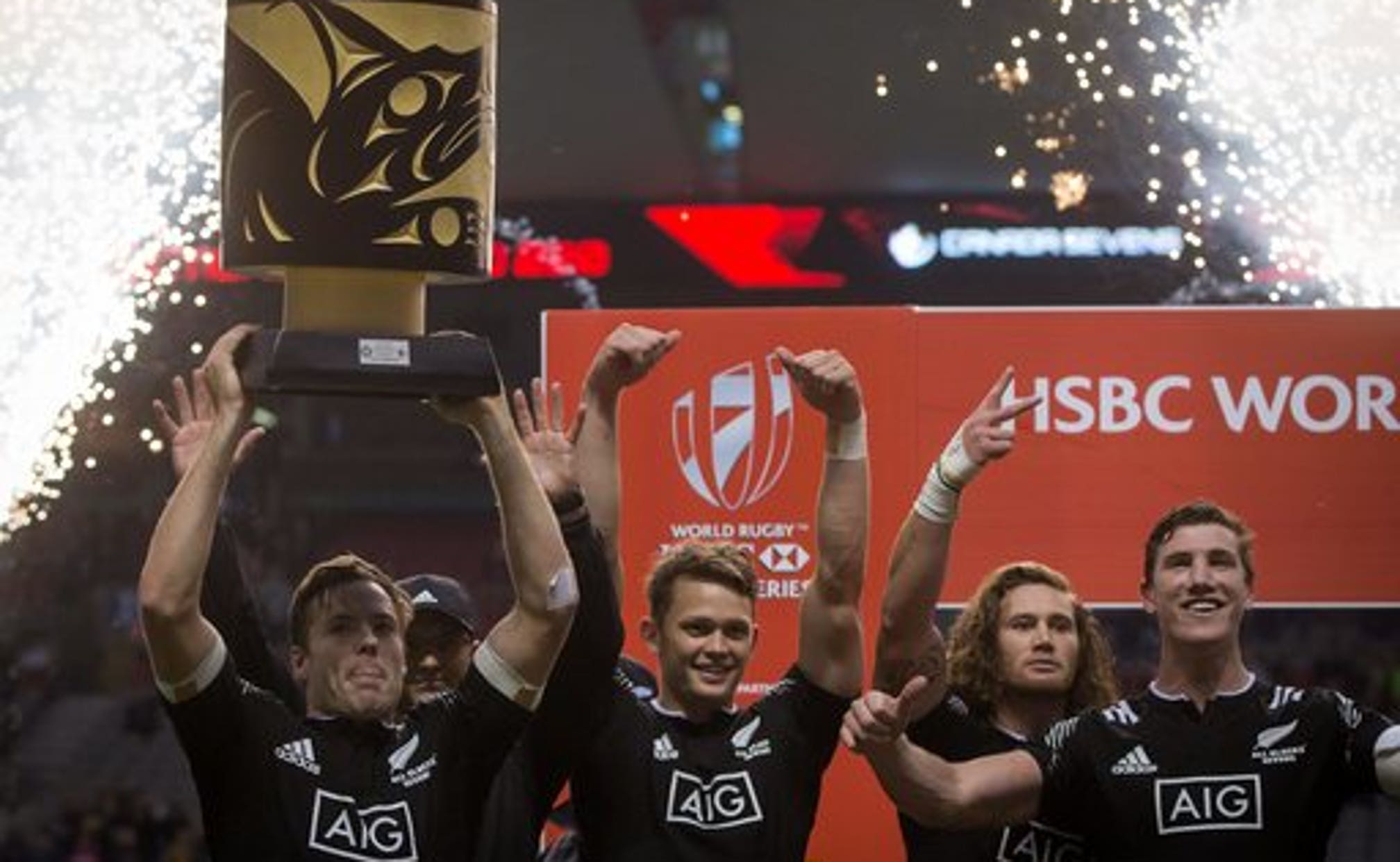 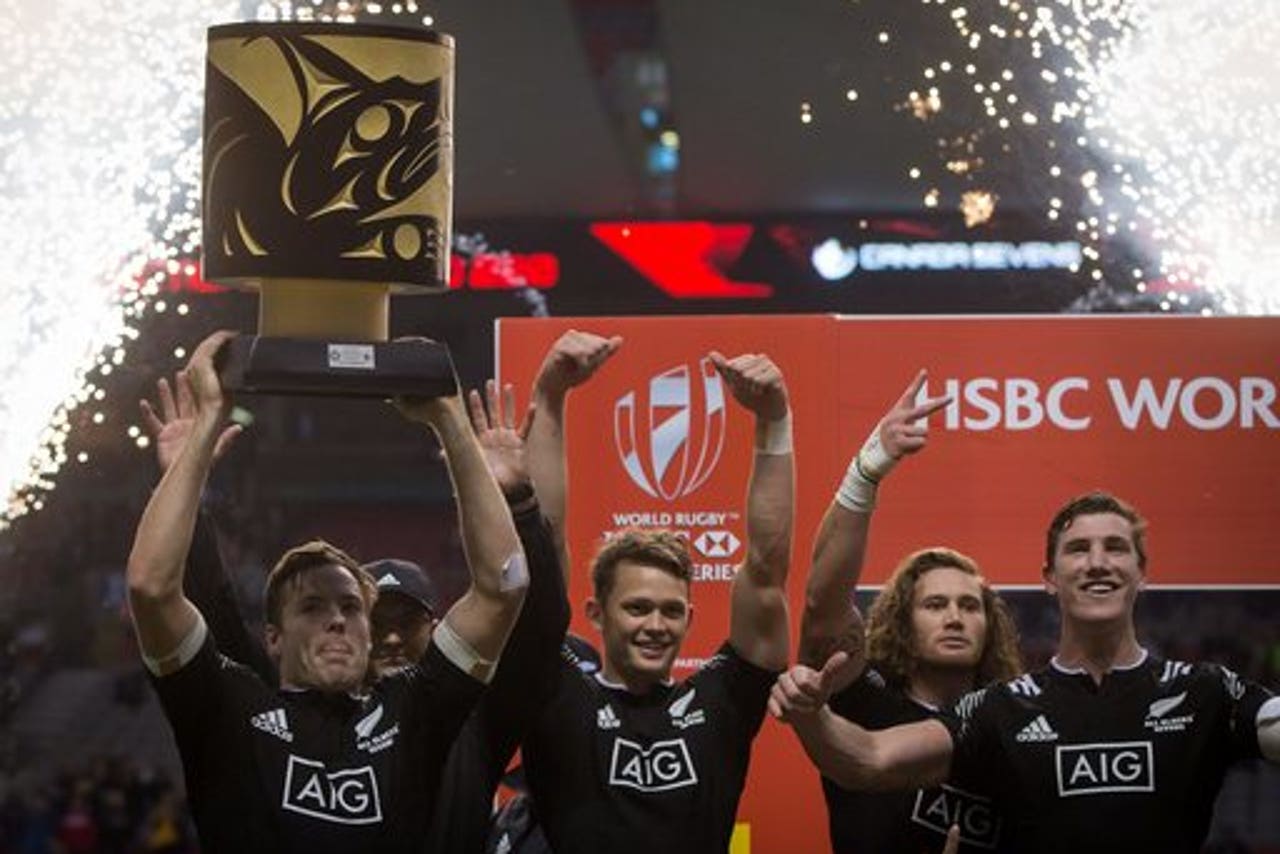 South Africa scored first through Rosko Speckman but New Zealand struck back with tries to Sam Dickson and Kurt Baker to lead 14-7 at halftime.

Lewis Ormond scored New Zealand's only try in the second half to extend the lead to 19-7 before Seabelo Senatla scored a late consolation try for South Africa.

Sunday's win gave New Zealand its third title of the season after victories in its home tournament at Wellington and also Sydney.