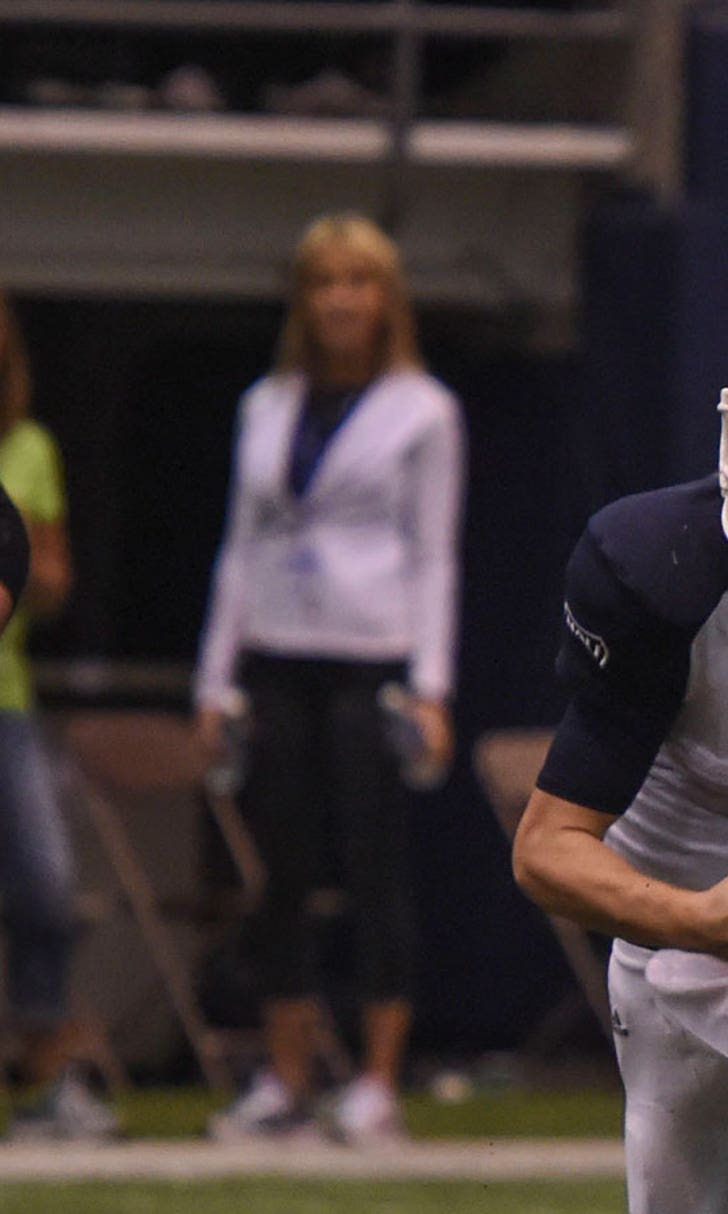 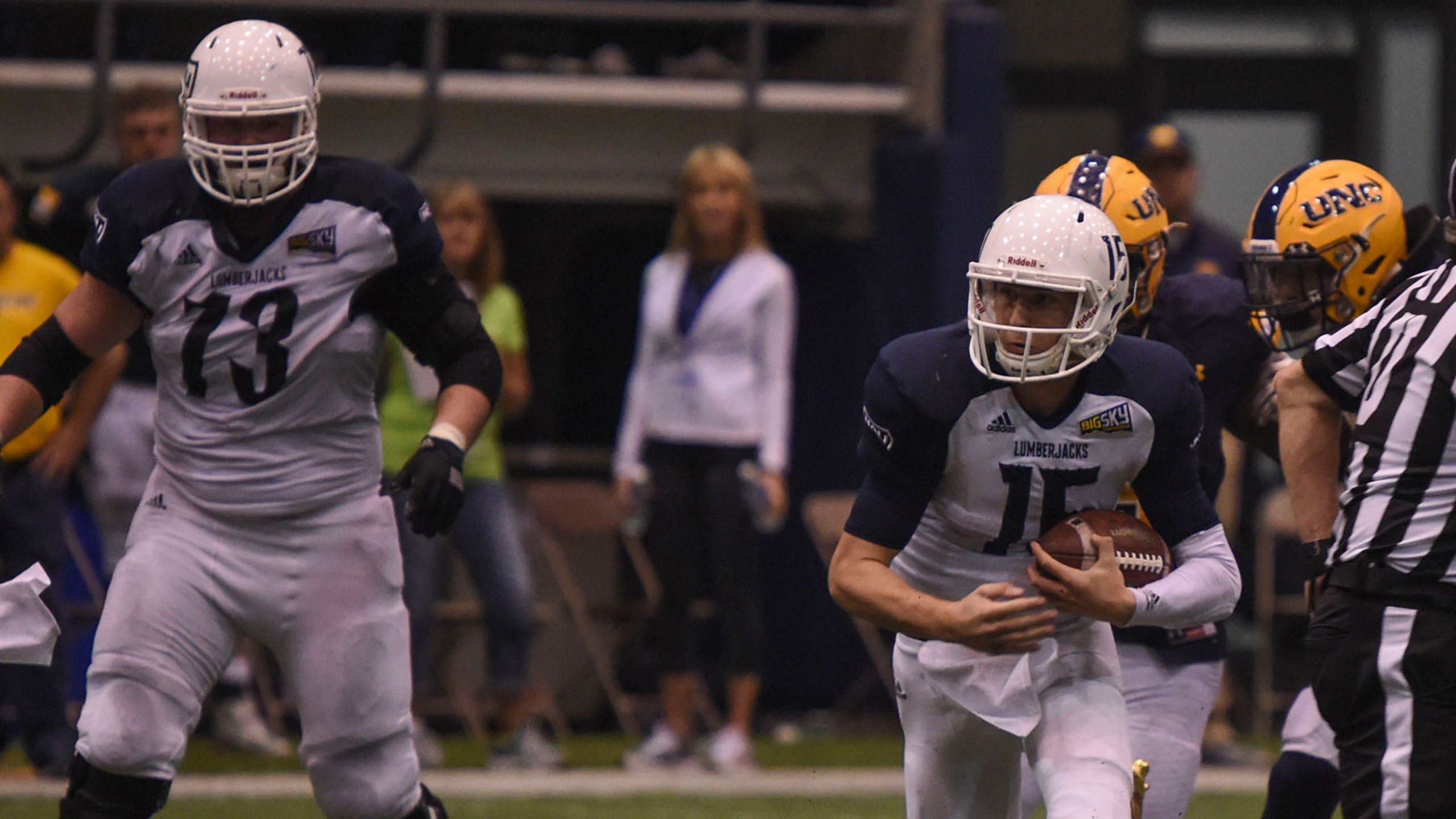 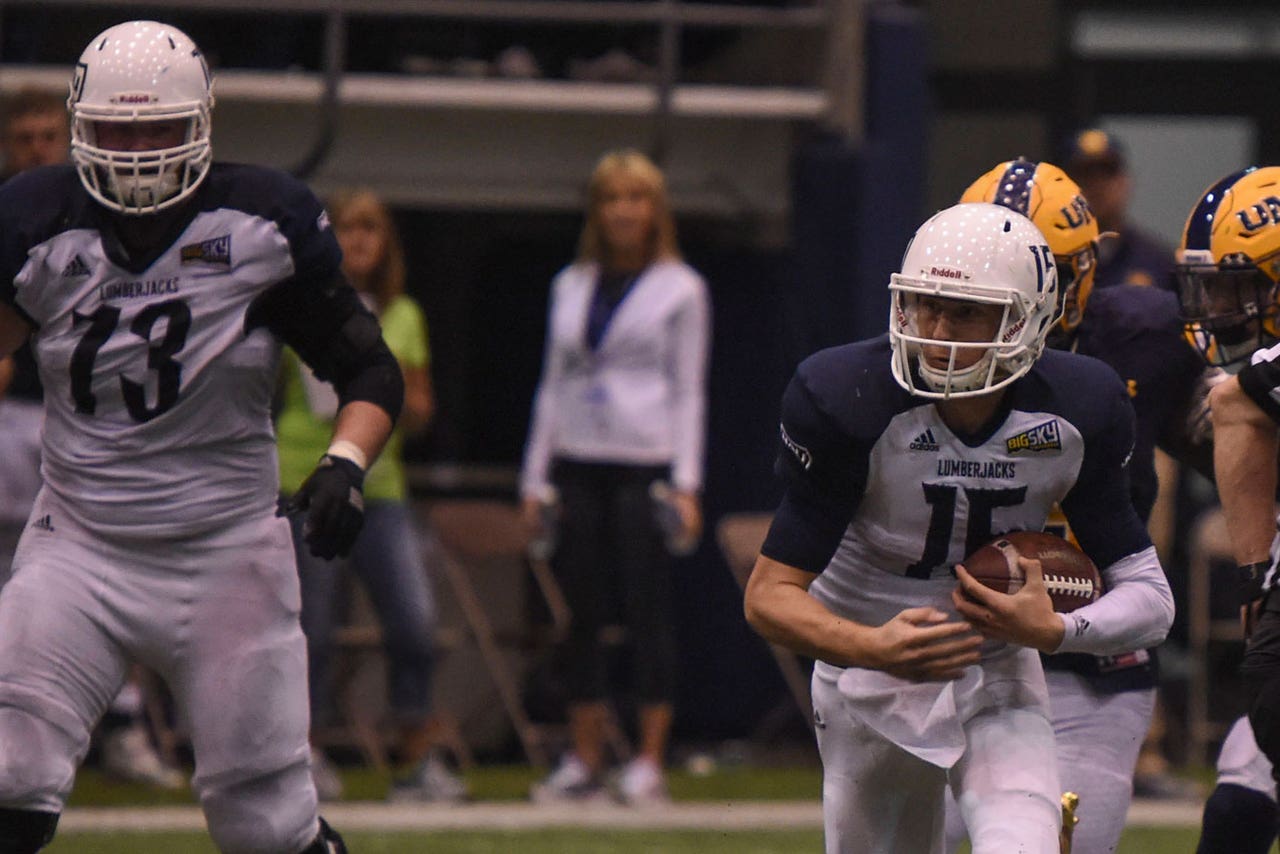 Cookus tied the record set by Travis Brown in 1996. Cookus had four scoring passes in the first half, including a 59-yarder to Emmanuel Butler, as the Lumberjacks (5-3, 3-2 Big Sky) took off to a 42-7 lead at the break. Butler caught four TD passes, one short of the school record, and finished with 10 catches for 158 yards. Elijah Marks had two TD catches.

Cookus finished with 363 yards passing, completing 25 of 31 passes without an interception. Casey Jahn added another 170 yards on the ground on 21 attempts and scored twice. Northern Arizona finished with 668 total yards offense.

Trae Riek rushed for 112 yards and two touchdowns on 17 carries for the Bears (4-4, 3-2) while Jacob Knipp threw for a touchdown and two interceptions.

Northern Arizona Lumberjacks
share story
those were the latest stories
Want to see more?
View All Stories
Fox Sports™ and © 2021 Fox Media LLC and Fox Sports Interactive Media, LLC. All rights reserved. Use of this website (including any and all parts and components) constitutes your acceptance of these Terms of Use and Updated Privacy Policy. Advertising Choices. Do Not Sell my Personal Info