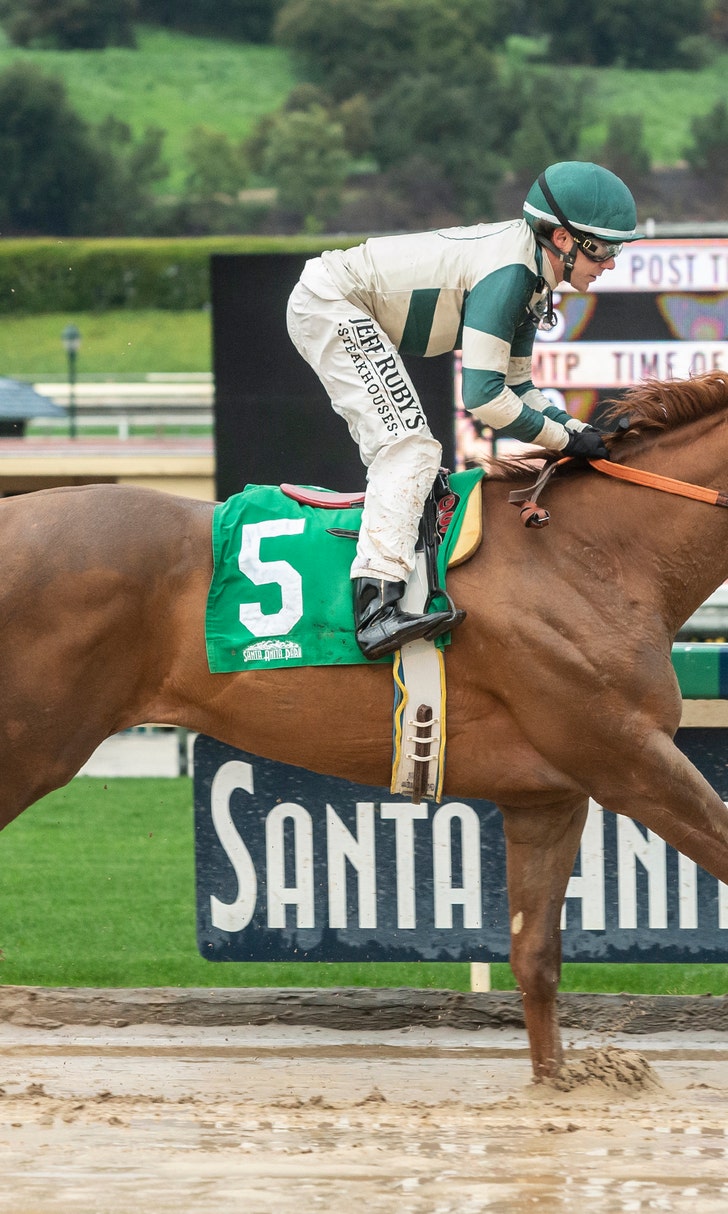 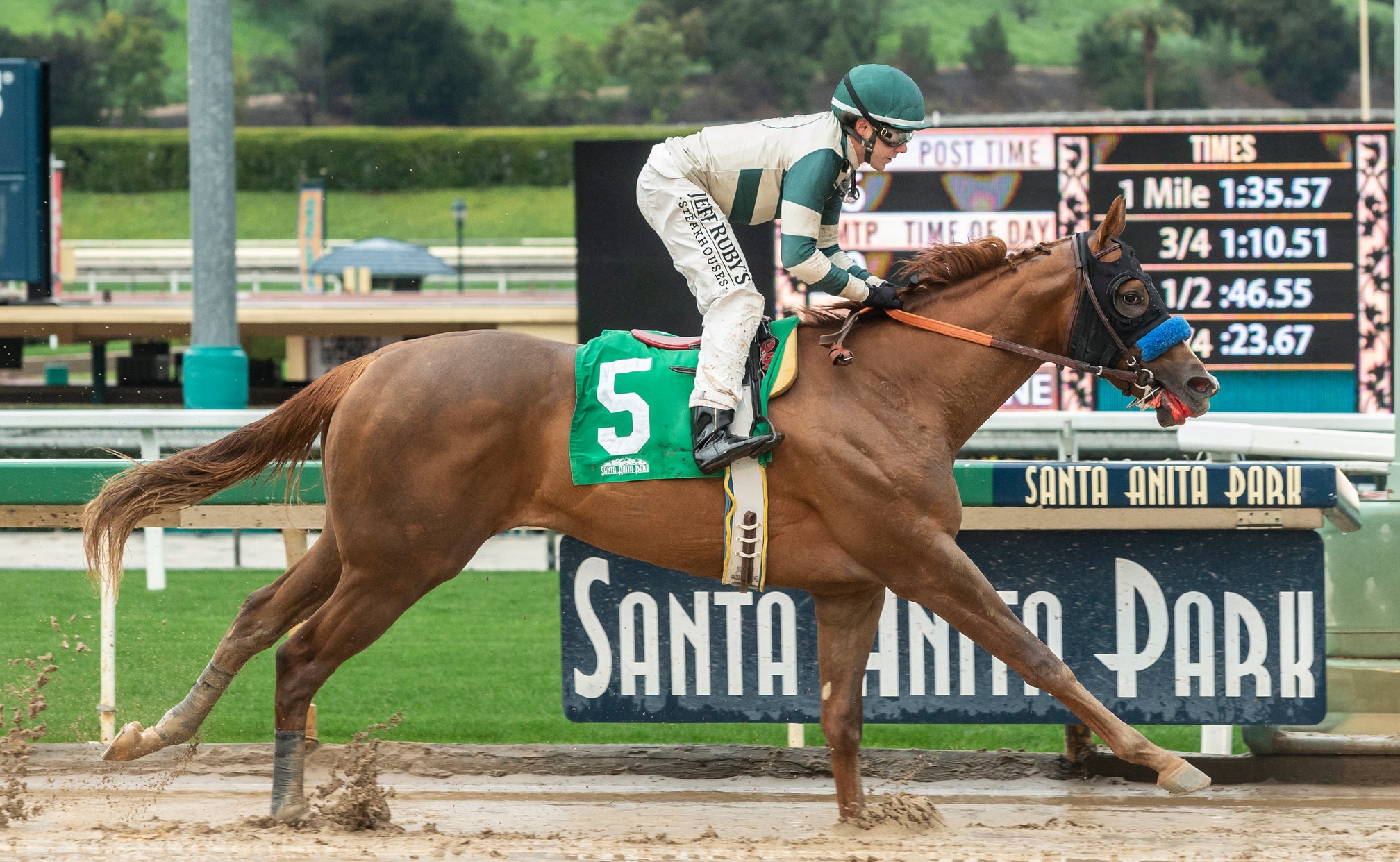 "This is the time of year when you want to start getting excited about something," Baffert said in the winner's circle during a brief break between drenching rain. "We're still dreaming in Technicolor."

"He's a 3-year-old but he feels like an older horse," Talamo said. "He's got a great mind. He absolutely loved the mud today."

Mucho Gusto was purchased for $625,000 at the Timonium sale near the Maryland home of owner Michael Petersen. Baffert and Petersen saw the colt work in the slop before the sale and "he just smoked over it," the trainer said.

"I texted Bob to see if I should come out for the race and he was very confident," Petersen said.

Magnificent McCool was fourth. Kid Cantina was pulled up at the top of the backstretch. Nolo Contesto was scratched, reducing the field to five.

Baffert earned his seventh win in the Lewis, named for his late client with whom he won the 1997 Kentucky Derby and Preakness with Silver Charm.

"He got to sit off the pace, which was good. They have to learn to do that," Baffert said. "I was really happy with Joe. He rode him with a lot of confidence, like he was a good horse."

Baffert saddled 1-2 favorite McKinzie to a second-place finish in the $200,000 San Pasqual Stakes. The 4-year-old colt got edged near the wire by Battle of Midway after they battled through the stretch.

In other Kentucky Derby preps Saturday:

— Harvey Wallbanger scored an upset at 29-1 odds in the $350,000 Holy Bull Stakes, winning by a length at Gulfstream Park.

Trained by Ken McPeek, Harvey Wallbanger was purchased for $50,000 as a yearling. He is named for the 1970s drink that contains vodka, orange juice and an Italian liqueur.

— Tax surged up the rail to overtake Our Braintrust and Not That Brady in deep stretch and win the $250,000 Withers by a head at Aqueduct.

Tax earned 10 qualifying points for the Kentucky Derby. He more than tripled his career earnings to $186,300 and has never been worse than third in four starts.

Not That Brady was second, a neck ahead of Our Braintrust, trained by Mark Casse.

Casse lodged an objection against Not That Brady for the bump in the stretch, but there was no change to the order of finish.