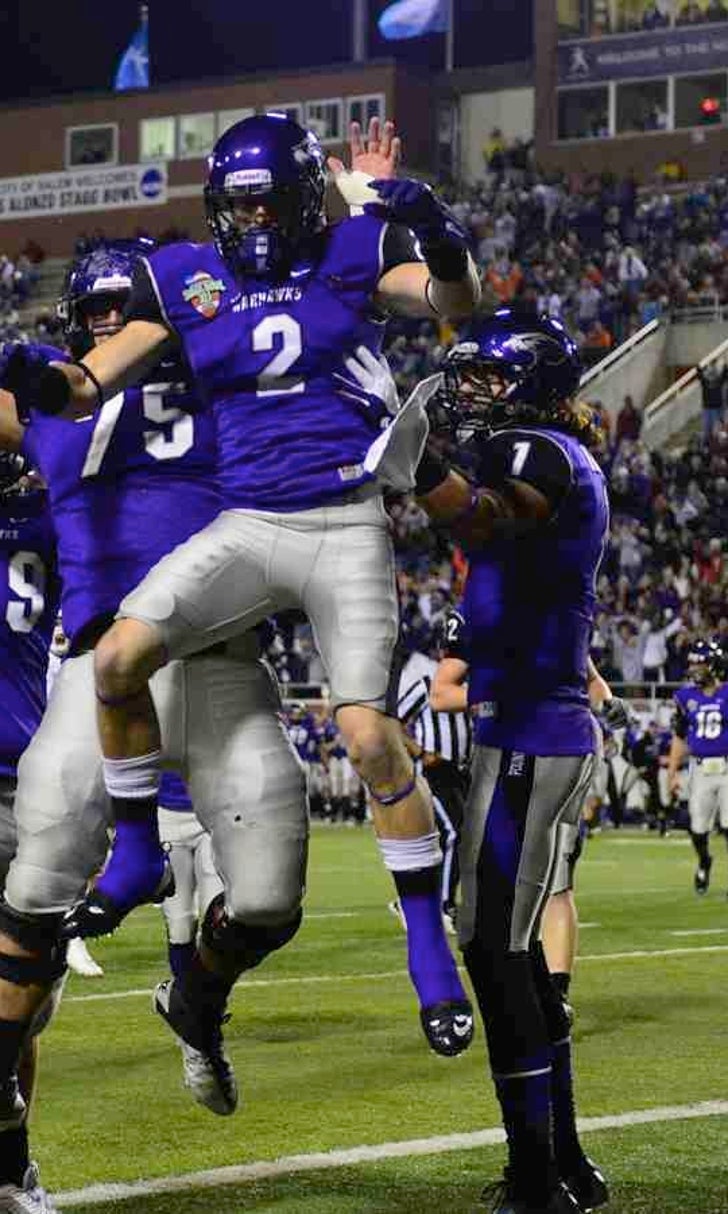 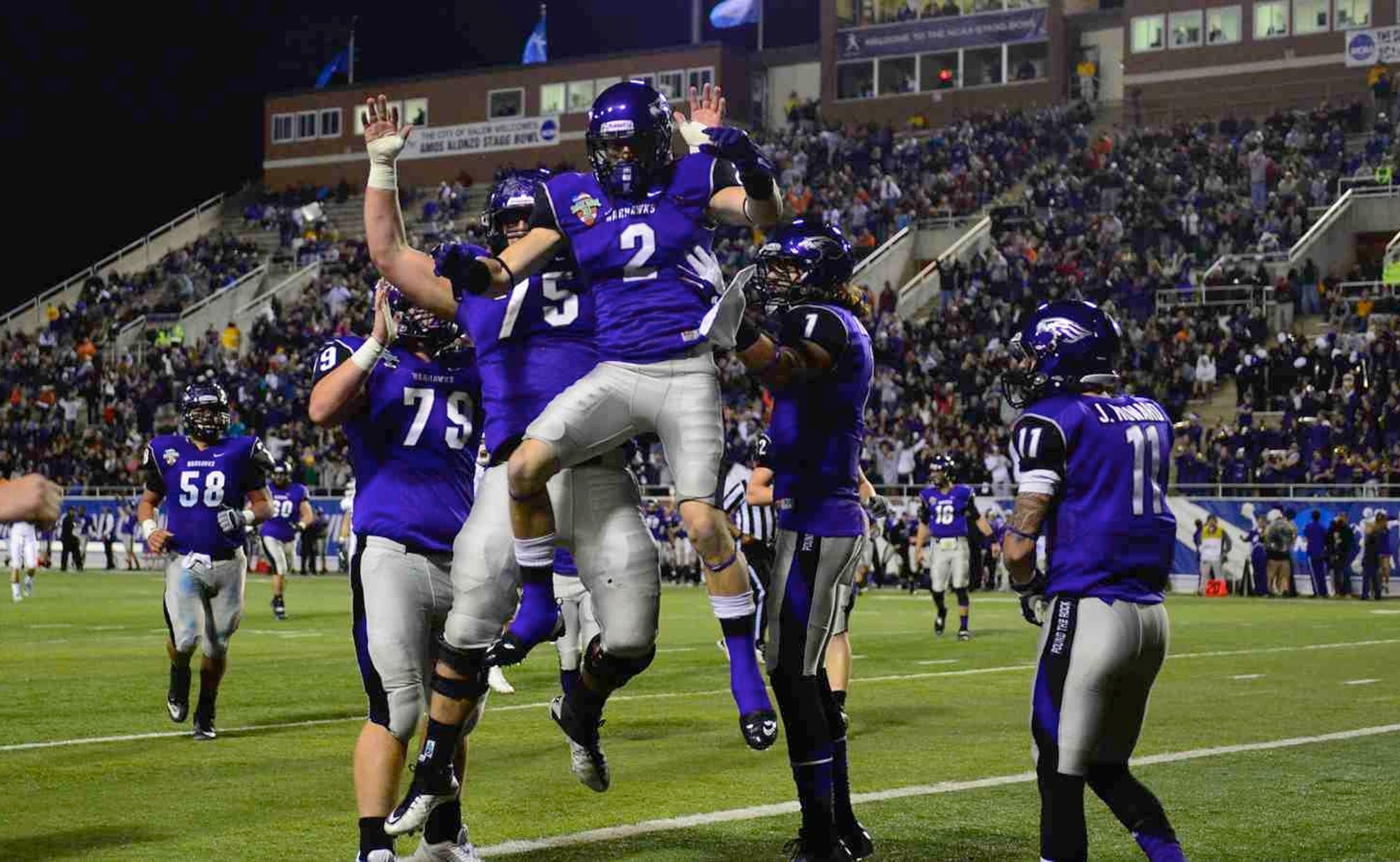 previous story
Ks Tucker, Gostkowski meet when Ravens face Pats
next story
It's almost scary how similar the Tigers and Illini really are 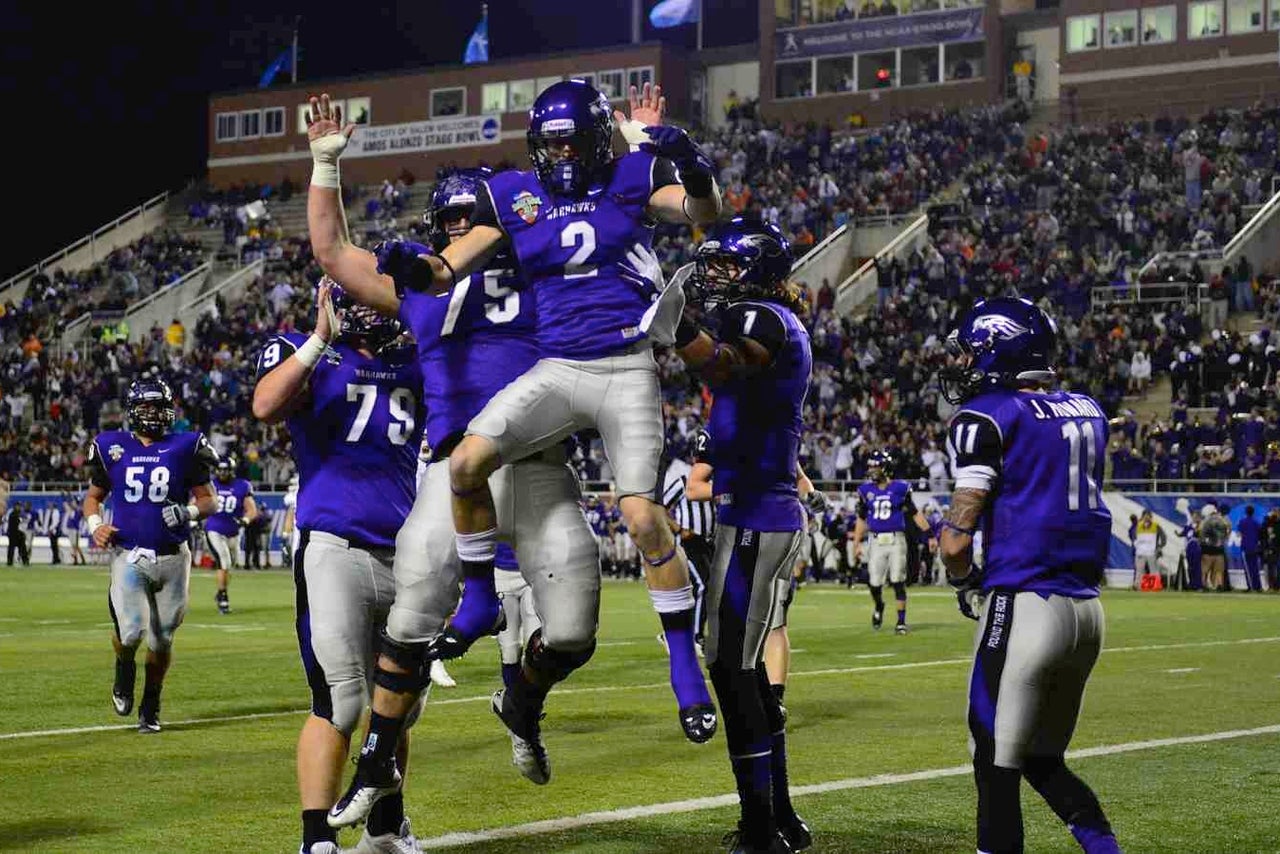 Behrendt hit Jake Kumerow and Tyler Huber for two touchdowns each, and Jordan Ratliffe ran for a pair of scores as the Warhawks (15-0) continued their domination of the series between the two powerhouse programs in Division III.

Whitewater has won four straight and five of its last six meetings with Mount Union in the Stagg Bowl. The teams have met eight times in the last nine years in the division's championship game.

The Purple Raiders (14-1), national champions last season when the Warhawks failed to make the postseason, committed four second-half turnovers and suffered their worst loss since falling 48-0 to Wittenberg in 1974. That game took place before their first-year head coach, Vince Kehres, was born.

The Warhawks led 21-14 at halftime and took command in the third quarter, turning a fumble recovery into a touchdown and a defensive stand at their 5 into a field goal that made it 31-14.

Another fumble recovery late in the third period set up Behrendt's fourth touchdown pass, a 3-yard, sidearm laser to Kumerow just before he stepped out of the right front corner of the end zone. The junior quarterback, voted the most outstanding player, had 40 TD passes and one interception this season. He finished 20 of 28 for 249 yards.

Mount Union quarterback Burke, who won the Gagliardi Trophy on Thursday night as the top player in Division III, was turned him away when he tried to make something happen fast for the Purple Riders.

With Whitewater up 38-14, Burke threw deep on the ensuing series, and Warhawks cornerback Dylan Morang made a dazzling over-the-shoulder interception near the goal line and returned it to the Whitewater 30.

Four plays later, Jordan Ratliffe's second touchdown run made it 45-14, and it wasn't over.

Burke threw another interception on the next series, and Brady Grayvold returned it 37 yards for a touchdown, making it 52-14 with 8:23 remaining and letting the crowd of 5,371 know the outcome was decided.

The game marked the ninth consecutive appearance in the championship game for Mount Union, and its first under the 37-year-old Kehres, who succeeded his father, Larry, as coach after last season. The older Kehres compiled a 332-24-3 record in 27 seasons with the Purple Raiders and won 11 national titles.

The Warhawks dominated most of the first half, but a critical early mistake and a late scoring drive kept the Purple Raiders close. The mistake came when a shotgun snap sailed over Berhendt's head and Alex Kocheff recovered for Mount Union at the Whitewater 5. Burke ran it in on the next play to make it 7-7.

Behrendt otherwise continued a nearly flawless season, throwing touchdown passes of 17 yards to Kumerow, the 18th time they have teamed up this season, and 23 and 7 yards to Huber.

The latter came with 4:09 left on the clock, and Burke was 4 for 4 for 59 yards on the ensuing drive for the Purple Raiders, including a 15-yard strike to Brian Gainer on fourth-and-15 from the Warhawks 26. Mitchell, limited to 6 yards on his first four carries, took it the final 11 on the next play.