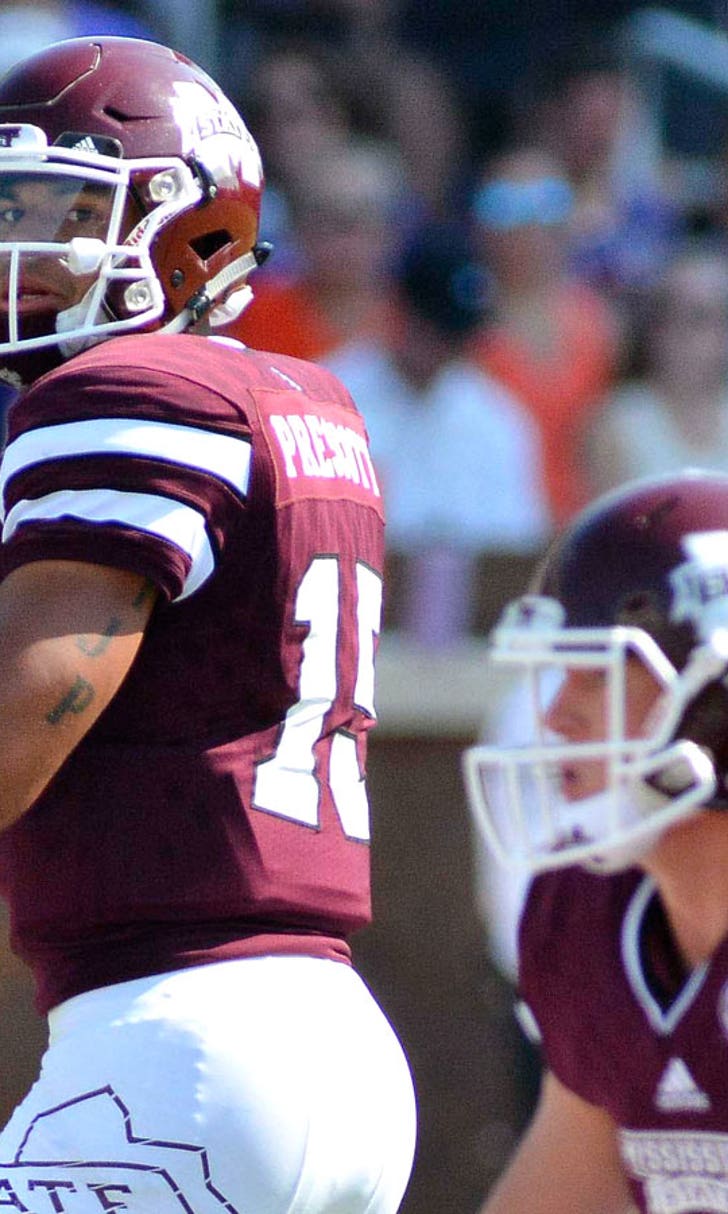 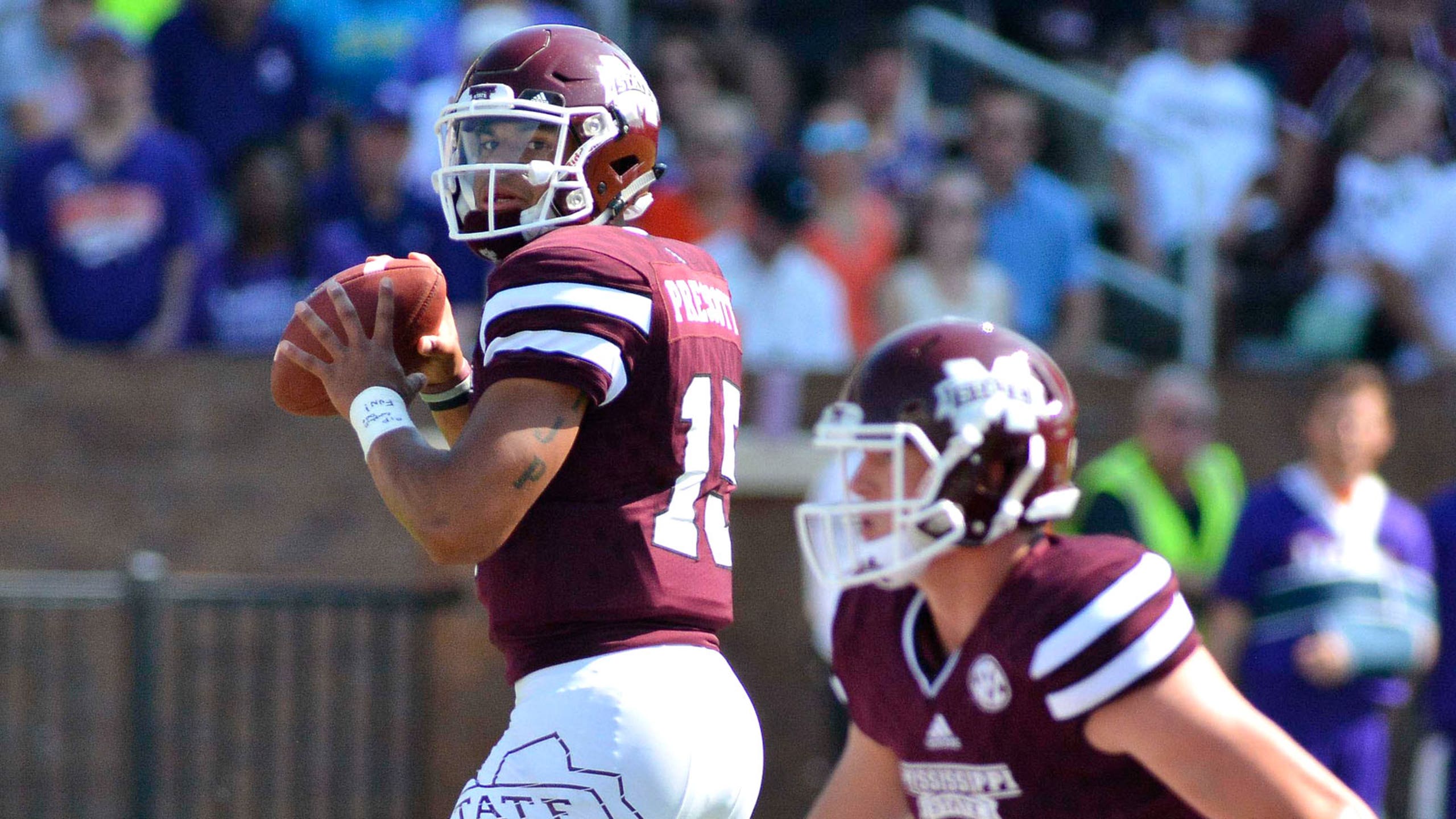 Mizzou's defense faces its biggest test yet in Mississippi State 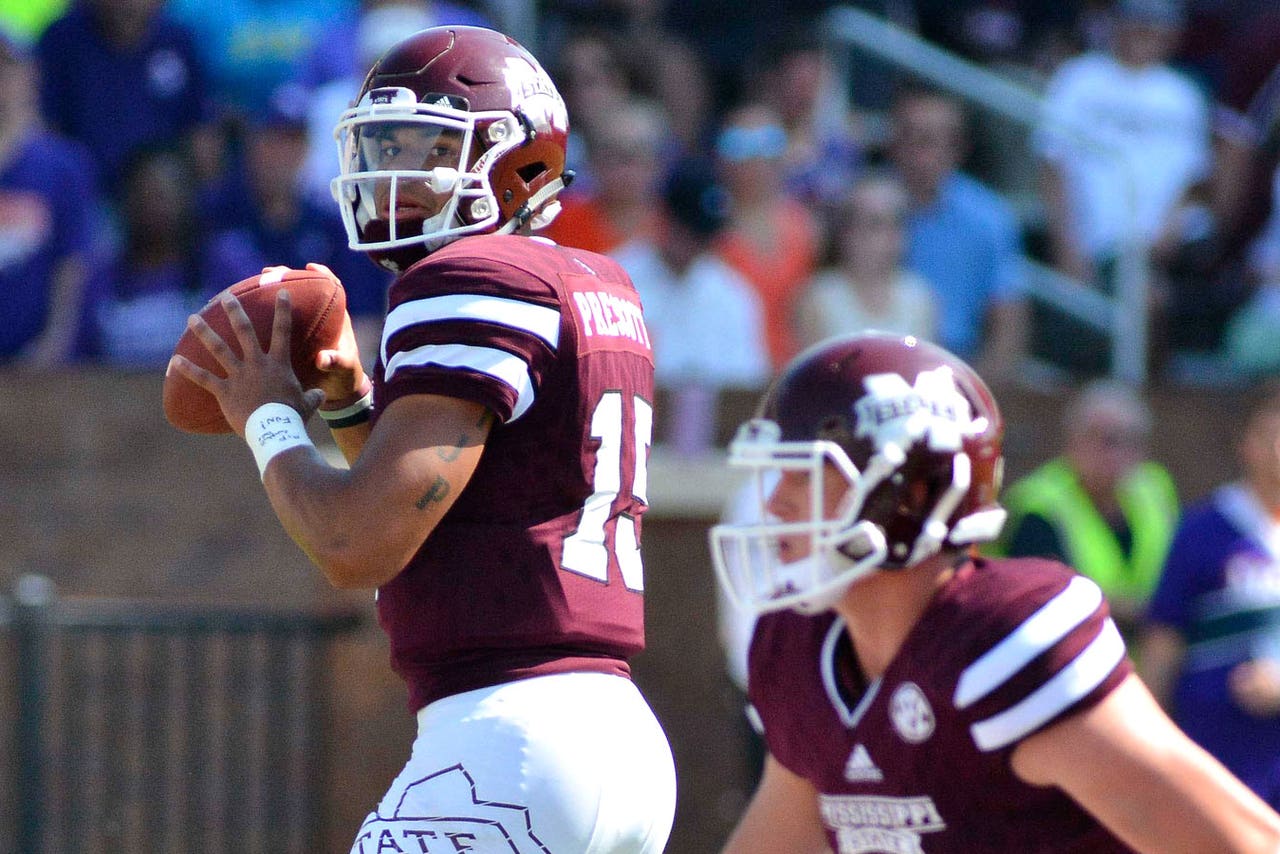 COLUMBIA, Mo. -- More than ever, Missouri needs its defense to step up. No one's been able to stop No. 24 Mississippi State and the Tigers can't score.

Led by prolific quarterback Dak Prescott, the Bulldogs could give Missouri (4-4, 1-4 Southeastern Conference) its biggest test of the season. Mississippi State is averaging 35.1 points and has enjoyed victory margins of 28, 25 and 26 points.

"I admire the way he plays the game," Missouri defensive coordinator Barry Odom said. "He doesn't make mistakes too often. We've got a tremendous challenge to slow him down." 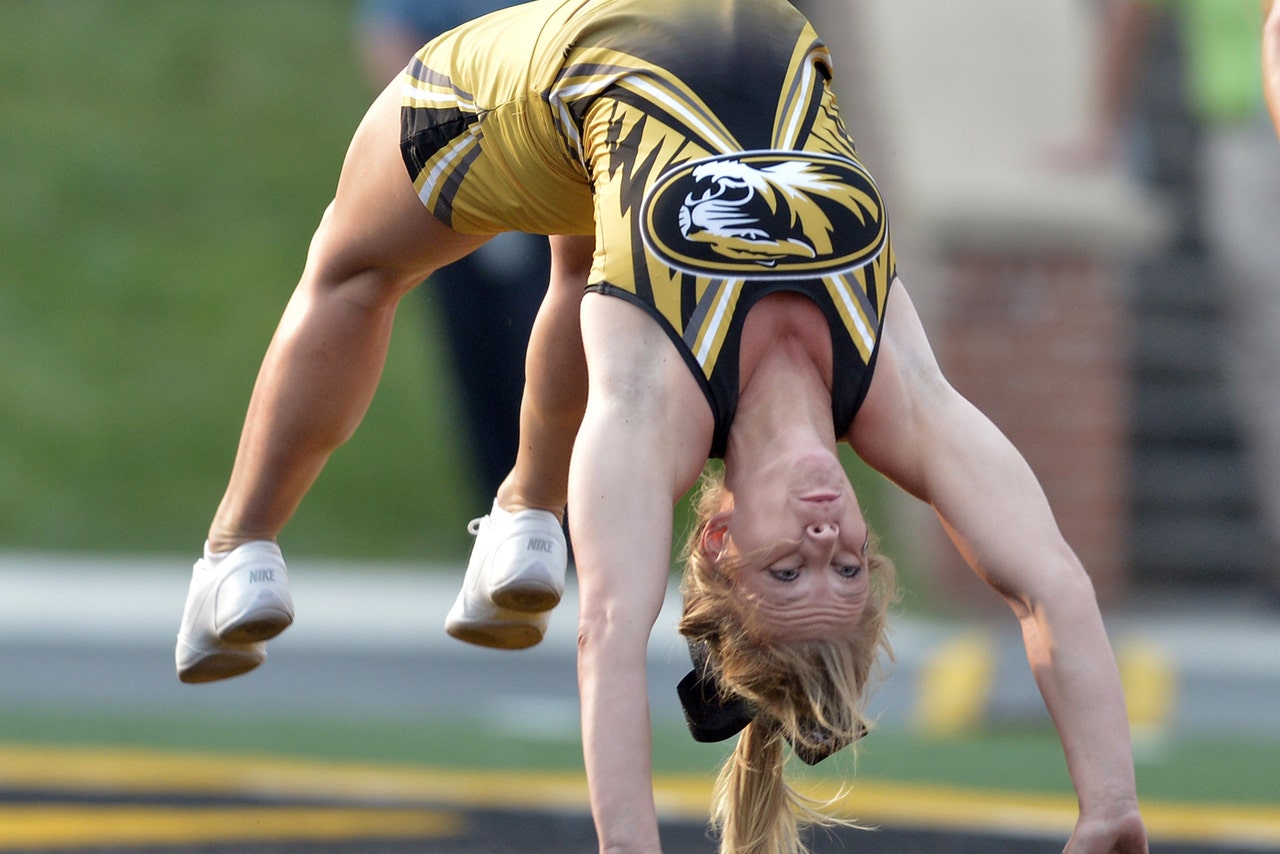 Lookin' good! Check out our gallery of SEC football cheerleaders.

Prescott leads Mississippi State (6-2, 2-2) in rushing and passing yards. He has 371 yards rushing with a 5.2-yard average and seven touchdowns and has thrown for 2,048 yards with 14 touchdowns and only one interception.

"They're going to line up and spread us out," Scherer said. "He's going to look around and figure out what the best play is. He's a good enough and smart enough player to do that. We've really got to be solid this week."

Both teams last played on Oct. 24, when Missouri lost 10-3 at Vanderbilt and Mississippi State beat Kentucky 42-16. Prescott had six total touchdowns against the Wildcats, tying a school record, passing for 348 yards and three touchdowns and rushing for 120 yards on 13 carries with three scores.

"The offensive line did a great job of protection, the receivers made plays and the running backs hit the holes," Prescott said. "It just made the game easy on offense."

"They play hard," Mullen said. "They have explosive pass rushers off the edge. They create havoc outside with athleticism and size inside."

Here are some things to watch Thursday:

DAK ATTACK: Prescott is the winningest active quarterback in the SEC with a 20-8 overall record as a starter. He is responsible for more than 50 percent of the Bulldogs' scoring this season with 21 total touchdowns, and has accounted for 2,419 of the team's 3,561 yards. His 83.6 quarterback rating is seventh in the nation and first in the SEC.

"Dak is very involved in our game plan," Mullen said. "He has a lot of say in what we do. You know he is always going to be on the same page."

HARRIS-MENT: Missouri defensive end Charles Harris is having a breakout season. He leads the SEC with 15 1/2 tackles for loss, ranked fourth nationally. He has six sacks and four quarterback hurries.

FATONY'S FAKE: Missouri punter Corey Fatony gained 26 yards and a first down on his first career rushing attempt on a fake punt at Vanderbilt. He averaged 45.6 yards on seven punts and was named the Ray Guy Award National Player of the Week.

"From a field position standpoint, he's been huge," Pinkel said. "That fake punt we had was overlooked because we were struggling and we lost the football game. The good news is we've got him three more years."

DE'RUNYA DOWN: Mississippi State's De'Runya Wilson is one of Prescott's biggest playmakers. At 6-foot-5, 215 pounds, Wilson's size and speed wear on secondary defenders and have helped him catch 33 passes for a team-best 524 yards receiving and six touchdowns, also a team best.